Fogive my ignorance if i got this wrong, but it looks like the Colt 1911 in 38 special was a blowback, and most of the conversions from 38 super done back then were traditional locked breech. Correct? Is one considered "better" than the other? Mostly just curious...

The Colt MidRange 38s are blowback Pistols.  The vast majority of the custom 38s from Giles or Clark etc, are locked breech as is the 52.  I had a Colt MR when I first started Bullseye shooting years ago and it seemed to shoot ok.


great pistols, I have a Mk I,

there were 3 models, the Mk I, a very brief run of Mk II's (supposedly a very small run,) and the rest were Mk III's

the III's are the shooters, from what a retired bullseye guy told me,


one thing, if you are collecting, and looking for or at one in the box, they were not usually marked like the one pictured,
the serial number would be marked in pencil on the bottom of the box (graphite pencil would show against the black box background) which was standard practice for Colt 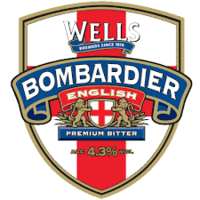 I'm definitely not a collector. If I grab one, I'm going to shoot the snot out of it! But thanks for the info!

A pistol smith I know who used to work for Bob Chow makes 38 special conversions and he uses a barrel with a single locking lug like the old Colt "kit barrels" he says the single lug makes a huge difference in reliability over the two lug barrels.  His guns shoot quite well but are priced way out of my price range. From what I read, Bob Chow thought the single lug barrel 38 special guns where a step up from the Colt MK1-3 guns.

Typical 1911 lock up barrel is superior to the blowback models. All the different older conversions I’ve seen are single lug. Front lug never touches anyways and typically just drags on the slide.
I’m a 38 special 1911 freak and love them!
Jon