Is there a pocket pen oiler that works? I really like using them for oiling pistols while shooting, but don't really like the oil leaking all over inside my pistol box. I've tried two different types, pics attached. The first one made from aluminum and appeared to be of good quality, started leaking after about 6 months. The second one made from plastic started leaking the second I put oil in it. Both were around $12 each. I'm willing to spend twice that on one that works.

I got some syringes and needles.   One has oil, one has grease and a third has a moly grease.  I don't take them in my pistol box, but they haven't leaked in a couple years on my bench.

The one downside is that the petroleum based lubricants cause the plunger seals to swell, so I can't always refill them.

I don't know if they leak because I velcro one upright to the side wall of my box.  I doubt you could put grease in them because just the tiniest drop of oil comes out.

A 5 pack for $9 these are a great deal plus you can't loose the cap.

I've been using these for years

I use this as my range oiler. I keep it in a CCi .22 100-ct plastic case with some spare staples. 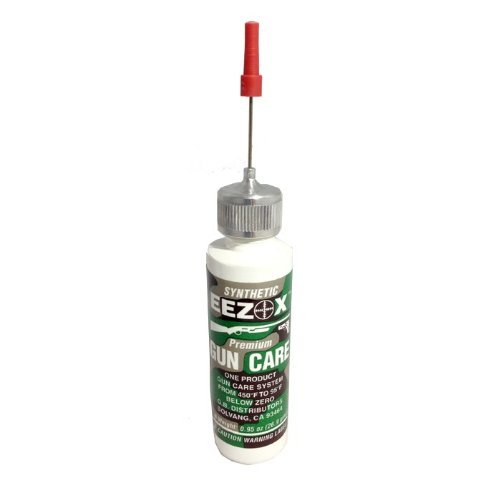 Lots of good options! Thanks for the replies!

These and their oval shaped bottles are good and leak resistant, even when tipped over on their side.

I have also had good luck with this plastic syringe with a twist-to-close tip, even after refilling it
Mil-Comm MC2500 Syringe