School me on Hardball vs Wad gun 1911

School me on Hardball vs Wad gun 1911

I am a brand new BE shooter and picked up a SW41 and 1911 Range Officer 9mm for my starter guns. I decided on a 9mm because I do not reload yet and it is WAY cheaper to shoot. My goal is to earn leg points to go distinguished. About 5 years ago I borrowed a 1911 to shoot a couple EIC matches and at that time we had to use the 230gr FMJ. Now with the new CMP rules we can use lighter bullets as well as hollow points. I have been told that 1911s are built into hardball guns or wadcutter guns. My understanding is that hardball guns are built to work with FMJ or hollowpoint jacketed bullets. By contrast, a wadcutter has a different feedramp to allow the flatter bullets to feed properly and have light recoil springs to shoot reduced loads. I have been told that the .45 1911 wad guns are exceptionally accurate and recoil is VERY light with the reduced loads. That is my understanding of hardball vs wadcutter 1911 .45 at this point. I will need to pick up a .45 at some point to shoot all 3 NRA matches (.22, CF, .45) and here are my questions:

1. Is there anything else I need to know about the differences between hardball and wad guns?

2. Is it possible to build a wadcutter 1911 in .45 and use that same pistol to compete in EIC matches? If I build a wad gun I could use the lead WC or SWC bullets for NRA and load reduced charge 185gr HP Zero bullets to have the low recoil for EIC, yes?

Trevor,
A lot of the differences between the "wadcutter" and "hardball" went out the window with the recent rule and ammo changes. Now the only real difference there has to be is a service pistol has to have iron sights (no rib) and 4 pound trigger. Notice I said service pistol since there is no hardball ammo, so some of us don't call them hardball pistols. A wadcutter pistol can have an optic sight, rib sight and 3.5 pound trigger in .45acp.  I just had a new service pistol 45 built by the same 'smith that built my optic 45 and there is almost no difference, sights, recoil spring and trigger weight. I shoot the same Zero 185 JHP in both or Zero 185 LSWC in both. Just have to use copper jacketed during an EIC match.

So what you should do is get a match grade 45acp service pistol built and you can use that for CF and 45 along with your .22lr and be done for equipment.

Yes, you could basically do the same thing with 9mm, but you can't shoot that in a 45 match. Not many here shoot 9mm lead, you could search the reloading section but many shoot 38 super in lead instead. I just shoot jacketed in my 1911 9mm, I bought a bunch back when they were cheaper than 45 lead bullets.

that's not to say you couldn't use your 9mm both as a centerfire pistol for bullseye but you would still need a 45 at some point.  the 9mm will do as is for EIC with a 4lb trigger pull. you might get away with some light loads in the 9 at the 25yard line but experience has shown that the 9 likes a bit of velocity at 50 yds to be accurate.

welcome to the sport .. have fun

Is there any reason why people gravitate towards the 38 Super rather than the 9mm?
-Trevor

Trevor,
1.  Differences between wad gun and ball gun?  As robert84010 mentioned, it's mostly sights and trigger pull weight these days.  The gunsmiths for the military teams build both to put 10 shots in the X ring at 50 yds from a machine rest.  I'm not aware of wad guns using a different feed ramp but would defer to the pros on that.  When fitting my own barrels, I've had to add just a tiny bit more radius to the transition between the ramp of the barrel and the bottom of the chamber and polish the "roof" of the chamber a bit for reliable feeding of semi-wadcutter ammo but, full disclosure, I'm not a pro.

2.  Can you build/use a 1911 .45 (or 9mm) wad gun for both NRA and CMP matches?  Short answer is yes as long as you're willing to shoot iron sights and 4 lb trigger in NRA matches.  I used to switch from lead to jacketed depending on the match but decided to shoot Zero 185 JHPs exclusively after getting alibis from leading at Nationals one year.  It's possible to have a second slide with optics but that's a longer answer and personally I wouldn't recommend that approach.

The 9mm can shoot great at 50yds but not with soft loads is what i meant. 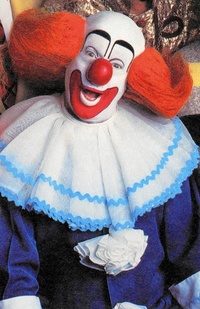