Well the deal I got on the Mod 41 might not be such a great deal after all.The rifling is very light to see straight thru the barrel.

Minds greater than mine propose that it is SEVERELY leaded. I come from the smallbore rifle and HP world where cleaning was an absolute must.

Sooooo I can get the barrel relined (8weeks and $345)
Buy a new barrel assembly from gunbroker.com $312 and maybe some smith work to match up the upper and lower.
Get a new barrel from Bullseyegear.com for $330 and some smith work maybe
or I can scrub the daylights out of the barrel with bronze brush with oil or some other recommended concoction from this forum.

Any suggestions on using the bronze brush and ???? as a lubricant.

I have a pistol to shoot, just want to see what I can do with straight irons with the Mod. 41

I would try throwing it in a jar of Ed's Red and letting it sit for a week. It's cheap and you have nothing to lose.

If it were mine I'd find someone with a bore scope. If you were in the rifle game, you must know someone. I've just never seen a 22 barrel that was that badly leaded unless there was something wrong like rust/pitting.

These ideas may be of help: 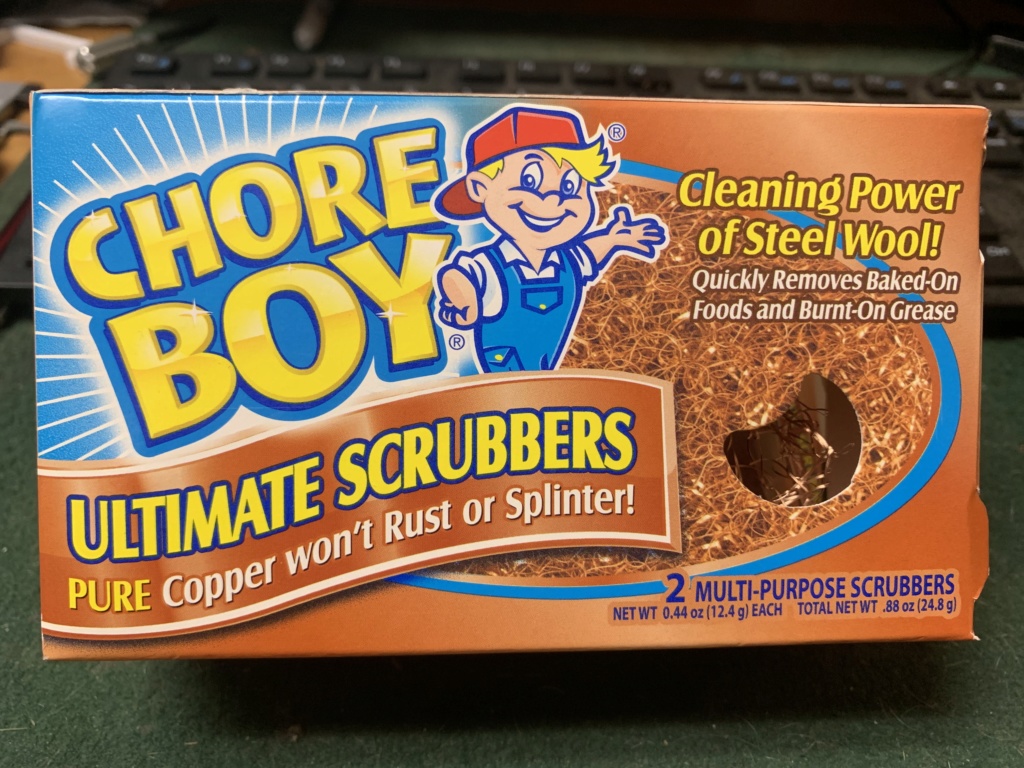 If its leaded that bad, there is a reason and removing the lead will probably not correct it. Don't be surprised at what you may see when you get to the "bottom".

CR10X wrote:If its leaded that bad, there is a reason and removing the lead will probably not correct it. Don't be surprised at what you may see when you get to the "bottom".

+1
Had/have a 22 like that.  Suspended the barrel in my ultrasonic cleaner filled with Kroil turned up the heat, let it soak overnight, then I let it vibrate for 4 hours.  The used Chore Boy to finish it up.  Using a light it looked perfect, bore scope told another story, lot's of "micro" issues.  Shot well for a couple 100 rounds but it really started leading right away.  It's sitting in the safe.
- Dave

Firebrush it: Run a low flame from a propane torch or a butane pencil torch or cigar lighter up the bbl for 5 seconds then brush. You're holding the bbl in your hand and it doesn't get hot. The heat flux through the deposit breaks it loose. PB Blaster also helps pb as in lead.

Firing undersize bullets or hi-speed through the gun leads like crazy so there may have been nothing wrong with the bbl, just abused. Some 22 brands are undersize.

A very old method of removing leading was to fill the barrel with liquid mercury. The mercury will form an amalgam with lead and it comes out as a slurry. You don’t need much about 50 grams and it’s available on Amazon. Scrub the barrel first with a metal brush to make the surface more “active” .

This isn’t the safest method either as mercury vapors are hazardous so wear a NIOSH respirator and gloves and do this outside.


All that said, Kroil will eventually creep under metal fouling. So you could soak it in that for several 24 hour periods brushing twice a day.

Thanks, I never thought you could buy Mercury without some sort of permit or HAZMAT fees.

I wonder if they make Kroil toothpaste?

I googled it and it came up on Amazon so ???

I would not use mercury.  NOT a good idea.  It is volatile (evaporates) and is extremely toxic.  When you are done, what are you going to do with an extremely toxic solution of lead dissolved in mercury?  There is no way for a non-professional without hazmat disposal to do it safely.

Use a kroil soak, copper scrub and brush.  Should come out.  It could be as simple as previous use of poor ammo.  I shot some old cheap Win Wildcat ammo, and within 20 rounds they were printing sideways at 25 yds - severely leaded.  Cleaned it up, and the gun has not leaded up since.

In my arsenal of cleaners... original poster

The hoppes in conjuction with the shooter choice might be the route to go. With the chore boy perhaps.

Looked for chore boy today at wal mart..no go. Took a magnet with me and the material was copper clad over steel.

I had an IZH35M that had a squib load, powerful enough to cycle the action, but the bullet stuck half way down the bore. A follow up shot badly leaded the bore. Amazingly enough, nothing went kaboom*. It was leaded so bad you could not see the rifling. About 10 bronze brushes, half a bottle of Hoppes #9, and daily scrubbing for a week later, it shot just as accurate as it did before.

Time and patience will get it.

*I know, hard to believe it didn't blow up in my hand, but it's the only explanation I have as I do not recall hand cycling the squib load. Unless it was the last shot of a string, and I loaded a new mag right after it.

After reading this I tested some that I had bought that was marketed for cleaning barrels. Glad that I hadn't used any yet. The magnet picked it up. I will continue to soak in Kroil.

I will be curious to hear how the barrel cleans up and shoots.

Undersize bullets, or oversize bore? Mine slugs at .224.

Just as another option, there's a solution that works well to help remove lead from a barrel, or a cylinder (which is how I most often used it).  Make a 50/50 mixture of standard household Hydrogen Peroxide (which is 3%), and plain old white vinegar (which is ~5% acetic acid).  If possible, submerge your barrel in that solution.  I used to remove the cylinder from my revolver and put it in a small beaker so the liquid level was above the cylinder, but the ejector rod still poked up out of the solution.  After a few seconds, maybe a minute, you'll see a slight effervescence, a lot of tiny bubbles, almost like the lead is fizzing.  As mentioned in another reply, a scrub with a wire brush helps score the lead and increases surface area, which speeds things up.  The solution is harmless, you don't even need to wear gloves, and let it soak for a few hours before scrubbing a few passes with the wire brush again.  If the bubbles stop, make a fresh solution and dump the spent solution.  A badly leaded cylinder usually took a couple days, but that was all soaking with some brush strokes to keep exposing more lead.  The lead gets oxidized and is much easier to remove this way.  Don't try to get too fancy with the solution and use stronger Acetic Acid or Peroxide as it can attack the bluing, but for me, the standard household stuff at 50/50 has never damaged anything I have used it on.
It's not a 15 minute fix, but it'll get that lead out without having to scrub nearly as much as other methods.

That solution above can also etch and pit carbon steel.

I was going to suggest that possibly someone else had used it before and etched the bore causing the lead build up you are now dealing with.

Am the OP. the results so far..

Found a "chore boy" substitute.
..all copper. unraveled a few strands and wrapped them around a brass cleaning tip and ran it thru the barrel (breech first of course). Not single piece of lead was seen. then ran a patch of Hoppes and a verymeminimal amount of dark stuff came out.

The barrel sure looks a lot shiner than before. Cant say I see the grooves any better. Still have to fire test.

You're suppose to wrap the chore boy around a brass brush (not a cleaning tip) and pull it thru from the breech end ( chamber end ) . I don't think you did anything yet.

Did use a brass brush

Bubba Blaster wrote:You're suppose to wrap the chore boy around a brass brush (not a cleaning tip) and pull it thru from the breech end ( chamber end ) . I don't think you did anything yet.

I did use a brass brush and wrapped the "chore boy" strands around it a few times. I saw nothing come out. I followed with a hoppes patch and just a little streaking was on the patch.

I DID find out from S & W that the pistol was "manufactured" in Sept of 2001. Maybe the machinist left his station to watch the towers fall and forgot to finish the job and just out it in the completed rack.

Pure speculation on my part.

The bore looks nice and shiny now almost mirror like.

Chore boy works dry. NO chemicals or solvents. Wrap around an old cleaning brush. Pull from chamber end to muzzle. A few passes is all it takes. Lead will be gone. Done this too many times. Ever time, there was something wrong as to why the barrel was leading.