I bought these at the same time about 2.5 years ago and had them in a semi-regular rotation at the .22 Bullseye league in Fairfax for a few months before an overseas deployment.  I don't know the round count before I had them but I've put less than 600 through the 90S and less than 300 through the 95E.  Always cleaned and lightly lubricated after shooting, no bristle brushes used in the barrels.  These 2 work best with lead ammo; I shot them primarily in the temperature controlled NRA range but as I understand some people vary velocities based on ambient temperature.  I am selling them because I move their cases to get access to the items I use more frequently in my safe and I'd rather see them actually used by someone.

The 90S has an 2 pound magnificently crisp pull and as I understand it is fully adjustable.  I made minor adjustments to the overtravel screw and trigger angle but did not adjust trigger weight or break point. It also has rear sight that is adjustable for windage and elevation like most sights but also "notch" width adjustable.

The 90S has a mount rail professionally installed which is perfect for Burris Fastfire-sized optics.  The 95E has a Larry's Guns mount and an optic by SightMark I am including at no charge.  Because that was my iron sights gun I didn't use the mount or optic.

Regarding appearance, these are not mint condition guns.  One has a grip that looks like it had a sticker on it at one point, and has some of the paint from the word "Benelli" has come off.  The screw that holds the weight tray in place has clearly come on and off a few times in its life.  Somebody may not have washed their hands before shooting a time or two.  But they have always worked as they should.

I don't know the grip sizes nor how to check, though if you know where to look I will check for you.

I did not change buffers.  They may be due.

I did not change firing pins.  No dry firing was done on an empty chamber.  There were zero (0) light strikes as long as I owned them.  Firing pins should be good for some time longer.

If buying local in VA I'll include a big box of SV CCI at no charge.

These will go up for sale on a different forum as soon as post count there is achieved.  Gunbroker is an option but I want to give competitors a first crack.

As new, the 90S went for 1700.  This is with many fewer rounds of course but does not have the mount installed.  The 95E is priced new at 1100.  Even used 95Es are priced at 1000 without the ergo grip or sight mount and with only one magazine (see below).  I don't know how supply will be affected now that Larry Carter has passed.

I am asking 950 850 plus actual shipping and FFL costs for the 95E. This item is SOLD PENDING FUNDS.

I am asking (SOLD) plus actual shipping and FFL costs for the 90S.

Knowing what I know about these two and having swapped trigger groups as much as I have between fully adjustable and EIC legal I would prefer to sell as a pair and so will let them both go for $2100 plus fees.

I deal with cash for a living so am most comfortable with that.  Any other form of exchange will have to be cleared to be converted to cash before I ship.  Absolutely no Paypal. 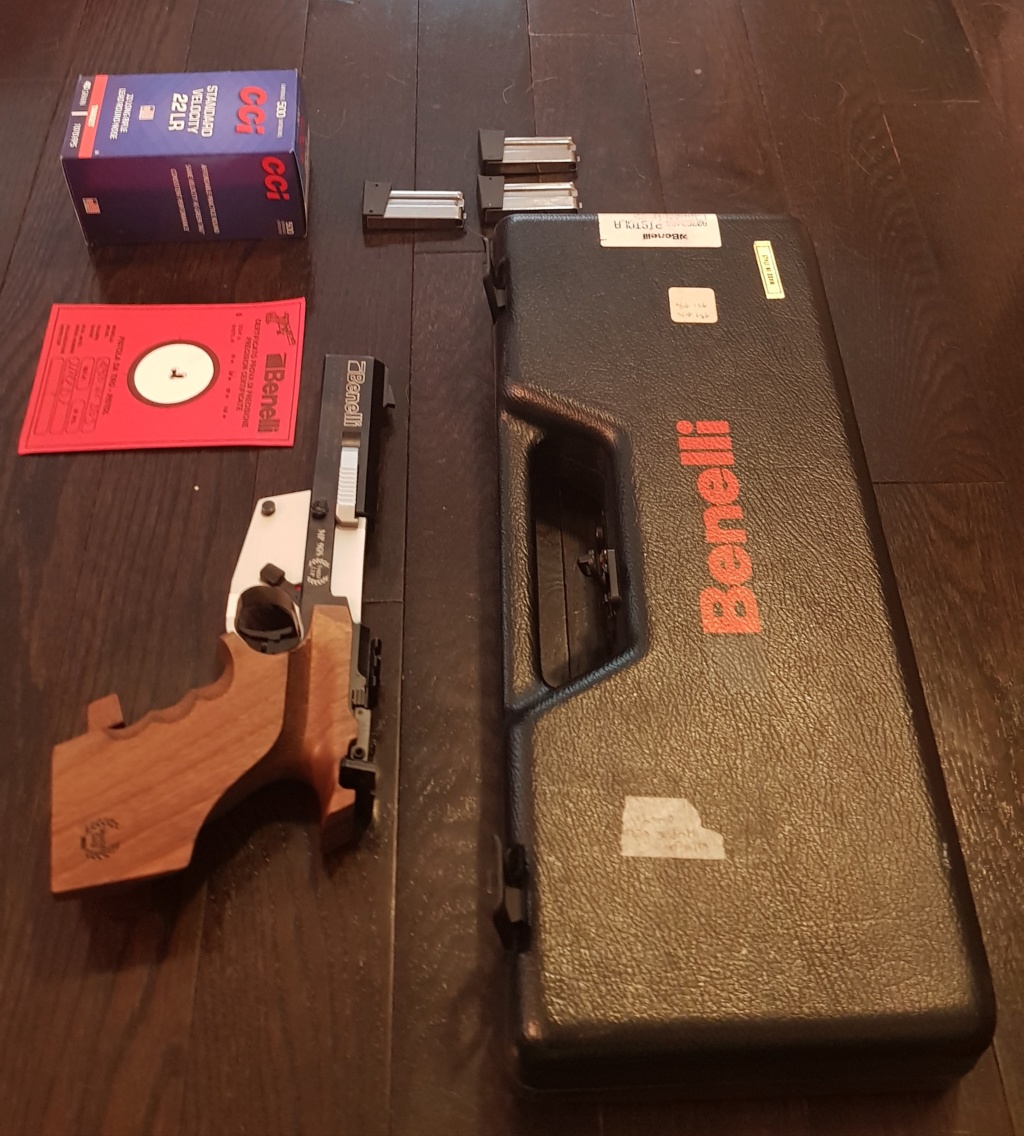 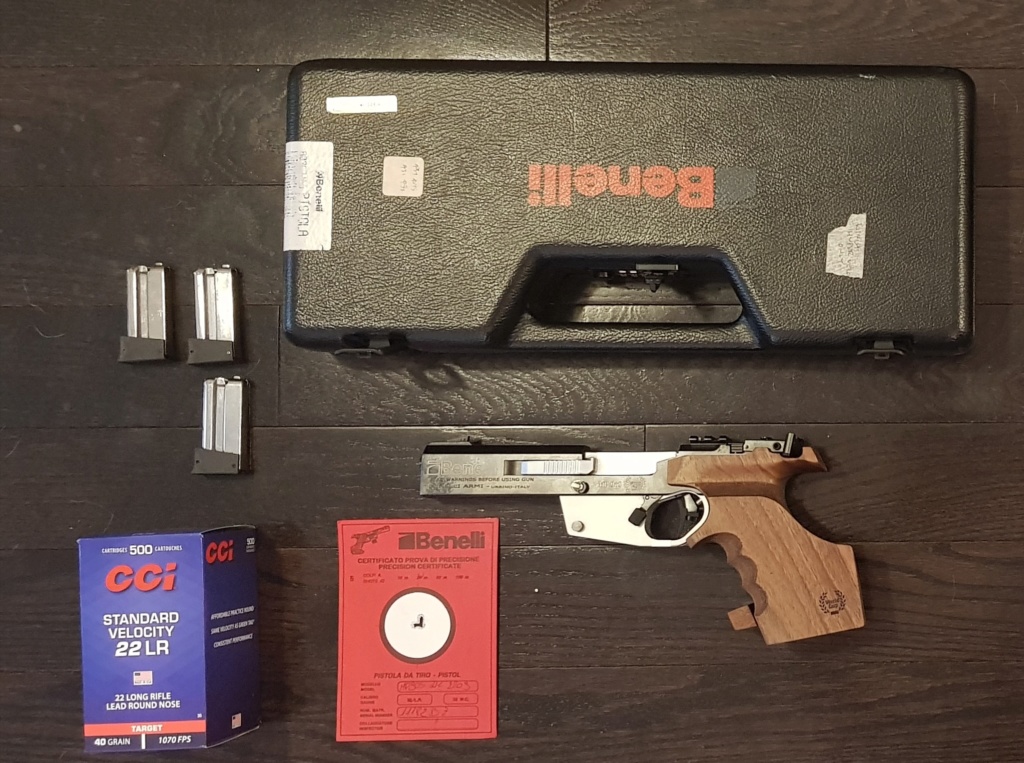 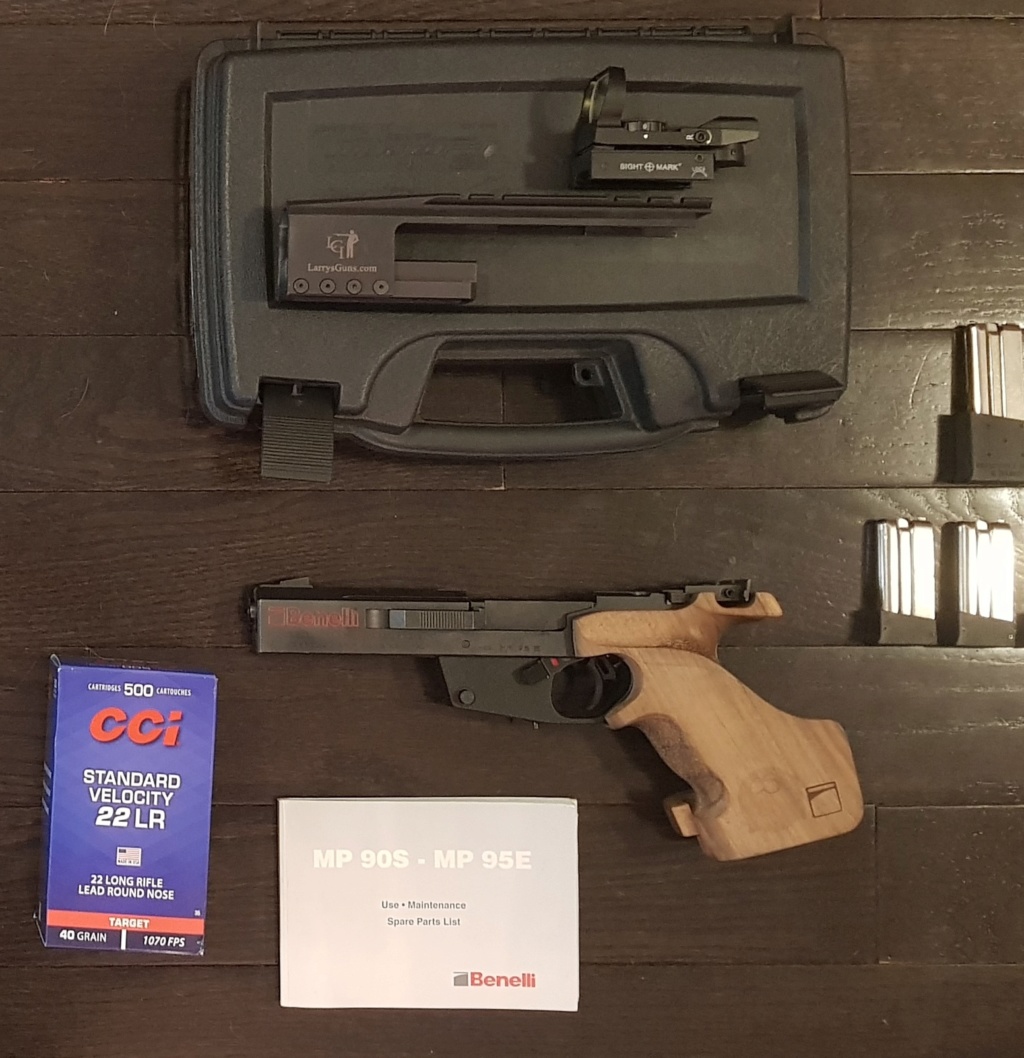 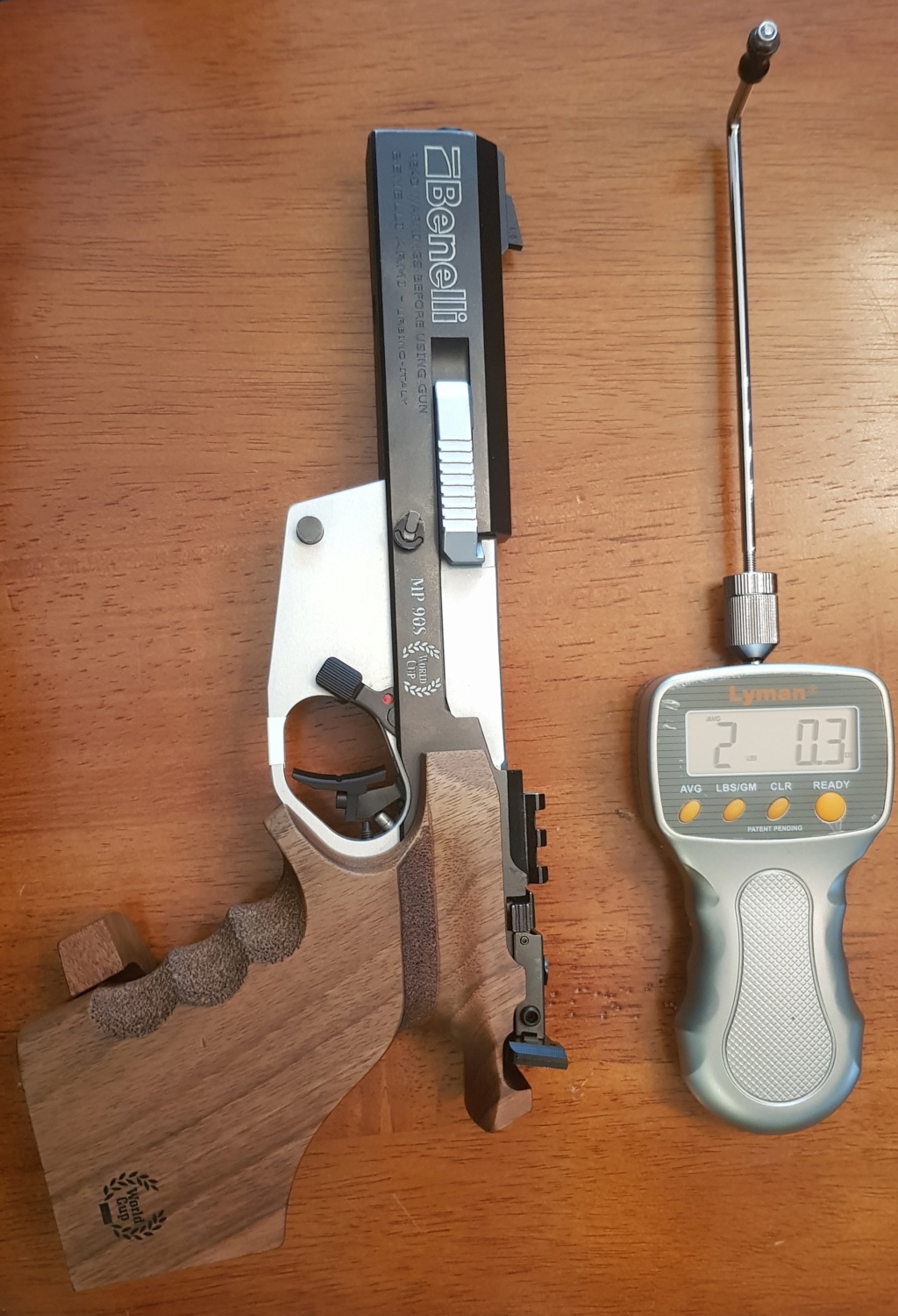 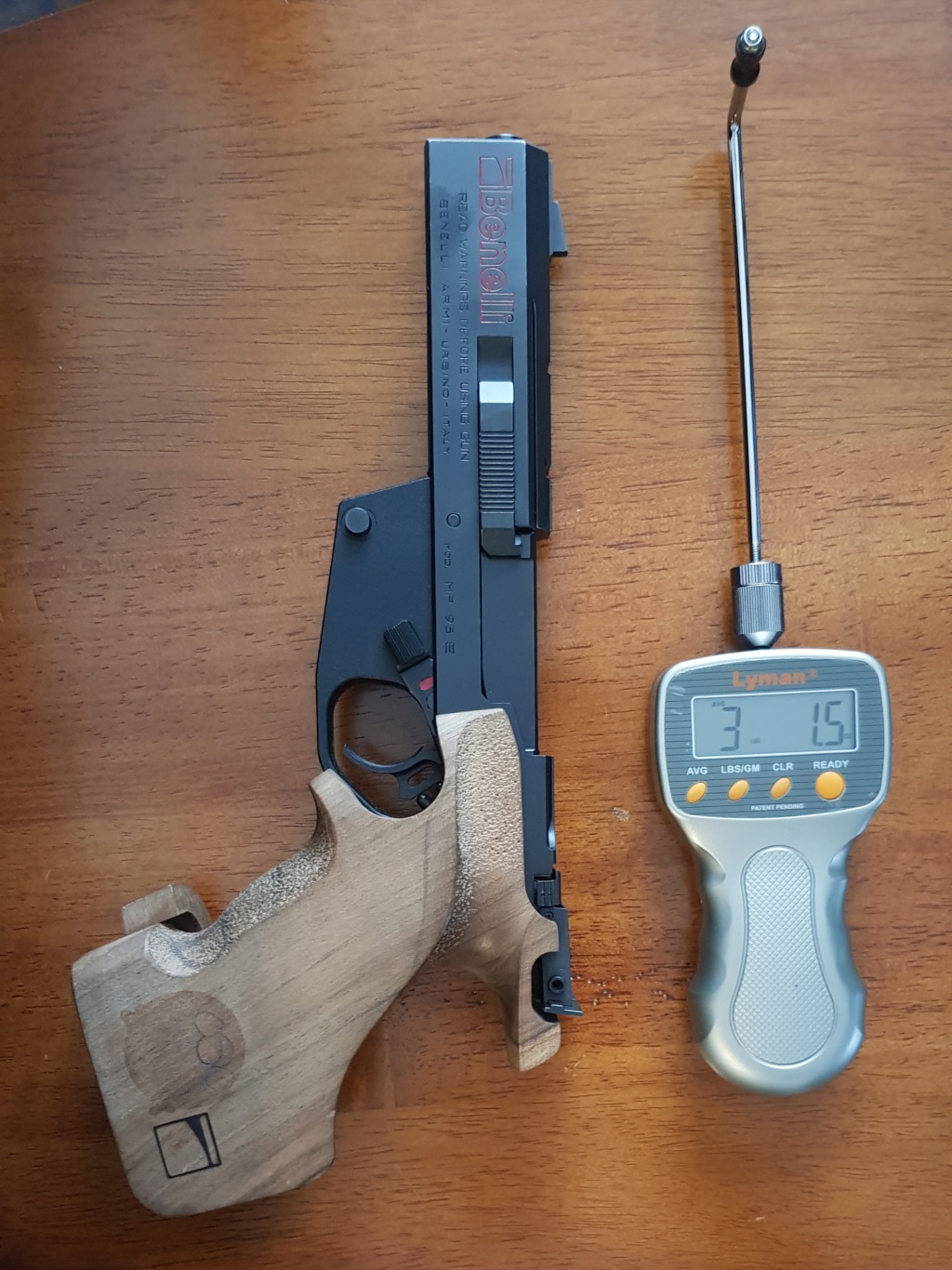 Happy Monday everybody!  The 90S has sold.

For reference on the price of the 95E, one with a broken rear elevation screw has been posted to Gunbroker, for 1200 dollars, and includes only one magazine and does not have ergo grip OR Larry's Sight mount.

Will you be interested selling 1 or 2 of the mags separately?

jay888 wrote:Will you be interested selling 1 or 2 of the mags separately?

I may have 2 or 3 magazines left over after all is said and done; one other member has expressed interest in buying, but if he passes or any are remaining I will let you know.

The 95E is still available, now will be shipped with four (4) magazines.

The 95E is SOLD PENDING FUNDS, those that have expressed interest in any remaining Benelli magazines will be contacted in the order in which they were received

I’m hoping you still have extra mags left for me

jay888 wrote:I’m hoping you still have extra mags left for me

Magazines delivered, hope they work great for you!

All extra magazines are SOLD.