By following the illustrated instructions on this page, I was easily able to clean out many years of "crud" buried deep inside the slide on my S&W Model 41.

Maybe everyone here already knows all these things, and of the existence of this page.
For me, it was clear, easy to follow, and the illustrations (click on them to see full size) made everything so much easier.
Before reading this page, I wasn't even aware of what things I should do, let alone how to do them.

I haven't yet done the trigger pressure adjustment, just cleaning everything as shown in the first section.
I bought a set of brass punches and a gunsmith's block from Midway; worked fine.

Some of the last sections are way above my "skill level".
I don't expect to even try them.

-TT- wrote:.......This film will hang on to the brass for a few rounds and can cause all kinds of strange behaviors. At that point you should be good to go.....

That explains what has been happening after I clean the gun in the past - took five or 10 rounds before they came out freely.

I looked for a worn 38/357 brush but didn't have any - tried the .22 brush with twirling, but it didn't seem to do much - there was visible crud in the chamber.  I didn't go in very far, but the push/pull broke that stuff loose.  From now on, I'll just turn it, but in this case it was "only" the 22 brush.  Right now, using a bore light, the barrel and the chamber both look like "new".  I'll know for next time what to do.

Correct me if I'm wrong, but the only place I'm going to lube the gun is the rails, right?  No more drops of oil on the first round, I think all the issues will be corrected.


I would do the trigger adjustment now, but I believe in doing one thing at a time, then trying it.  Maybe Monday night - next week I'll be tied up with other things.

I'm back to using the Aimpoint sight - it seems like the best compromise for me. 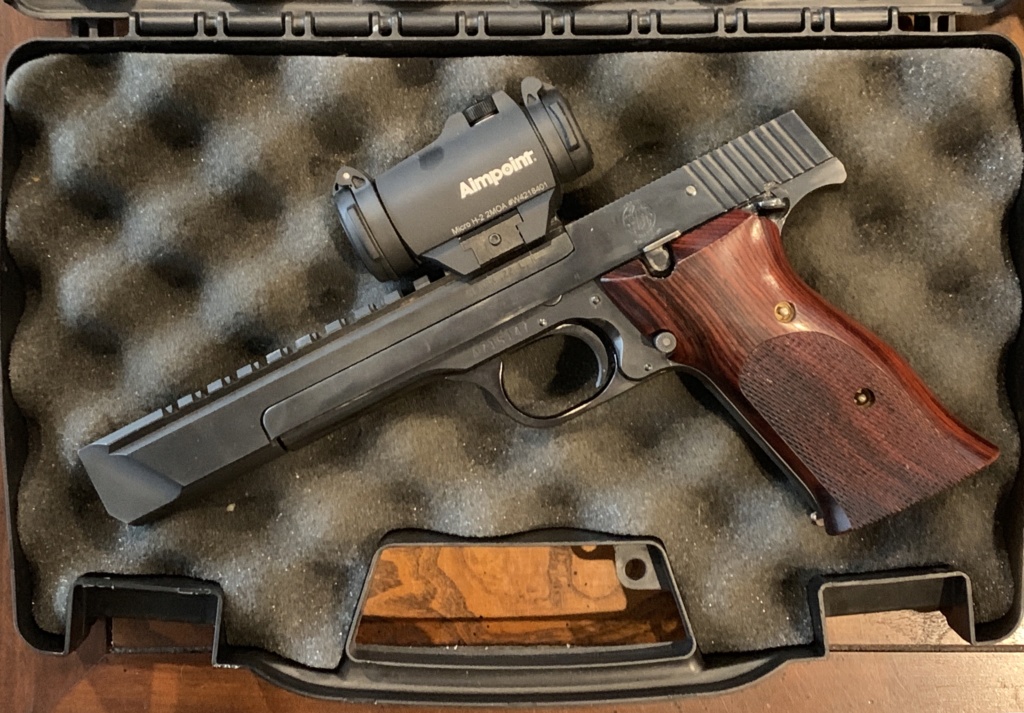 mikemyers wrote:
Correct me if I'm wrong, but the only place I'm going to lube the gun is the rails, right?  No more drops of oil on the first round, I think all the issues will be corrected.

Start with that. Some guns might need a bit in other locations. But go super-light, just a thin sheen on clean parts to start. If it hiccups, or you feel it want more, well that's ok too but start light. .22's can be dirty and the oil (and wax on the lead in many brands) causes buildup, which will hurt you eventually.

Mustachio - yep I agree, I was responding to Mike's description of running the bristles backwards and scrubbing the chamber. Really, I think that's asking for trouble. I bought a 3-pack of .25cal brushes and put some shrinkwrap on the bent end after shaping it. They clean my Benelli's chamber perfectly and go a long way for the few bux I spent.