Two parts, first what to look for in buying a revolver. What are the chances a new factory gun will shoot?

Second, I'd love to end up with a set of revolvers for 22, 38, and 45. It would be nice if they all felt the same. Any suggestions on what to get for that set?

Once I get my badges, I'd love to spend some time shooting revolver 2700s for fun a few times a year.

I'd suggest finding a model 14 s&w first, 6" probably from some retired LEO who shot distinguished revolver.

I've had my 14 for a while. Got a good deal on the 17 a few years ago. Finally completed the set recently with the 25. After this season ends I plan on practicing more with the revolvers to give me a chance at DR. Maybe even getting brave enough to shoot a whole match with them.

Any of above would be good, probably others.

Any of above would be good, probably others.

I would not pass up a good Colt OMM

From all the stuff I'm reading, the one thing you want to avoid is buying a new gun from S&W.  Gun Broker is full of good revolvers from years ago, back when S&W cared about quality control.  You'll pay more than what it would cost for some of the new guns.

I bought a mostly like-new Model 17.  There's another fellow on the forum who also offered me a gun, but after I had mostly agreed to buy the first gun.  They don't seem to be hard to find (but I wanted to buy one from someone on the forum).  I bought a used Model 14 last year.  It cost more than I planned on spending, but I'm very pleased with it - it even came with all the "target options".


Maybe I shouldn't be so negative about S&W, and maybe you'll get lucky....    Check out the S&W Forum, or even YouTube, find the things people are complaining about, and make sure you don't get stuck....    but even then, do you want a barrel where the grooves were machined, or burnt out with some kind of high-tech gizmo to save time and cost?  Do you want the barrel to be straight up and down, or canted?

There's something special about good revolvers.  They're a work of art, and they function so smoothly.  .....especially the old ones!

My new 686+ absolutely shoots insane groups with either 38 or 357 brass (unsized) and Remington HBWC's.  Oddly enough, it does not lead nearly as bad as all of my 14-X guns.  Cylinder literally does not move in lock up though the timing is less than perfect but as long as the timing is off in the "OK'" way, it can be overlooked.  Cylinder gap and resulting gas cutting are also much less than any 14 I've owned.  They're just not blue.

Older Smiths shoot very well. Triggers are variable in feel but many are "crunchy". This is fairly easy to resolve if you have training on doing them.

My experience has been that cast 158 swc need to be driven hard, and swaged, loaded lightly. Can't explain it.

HBWC are superb in light loads

p.s. The gunsmith at Triangle Shooting Academy is very knowledgeable and experienced with Smith revolvers.  He has worked on several of mine. 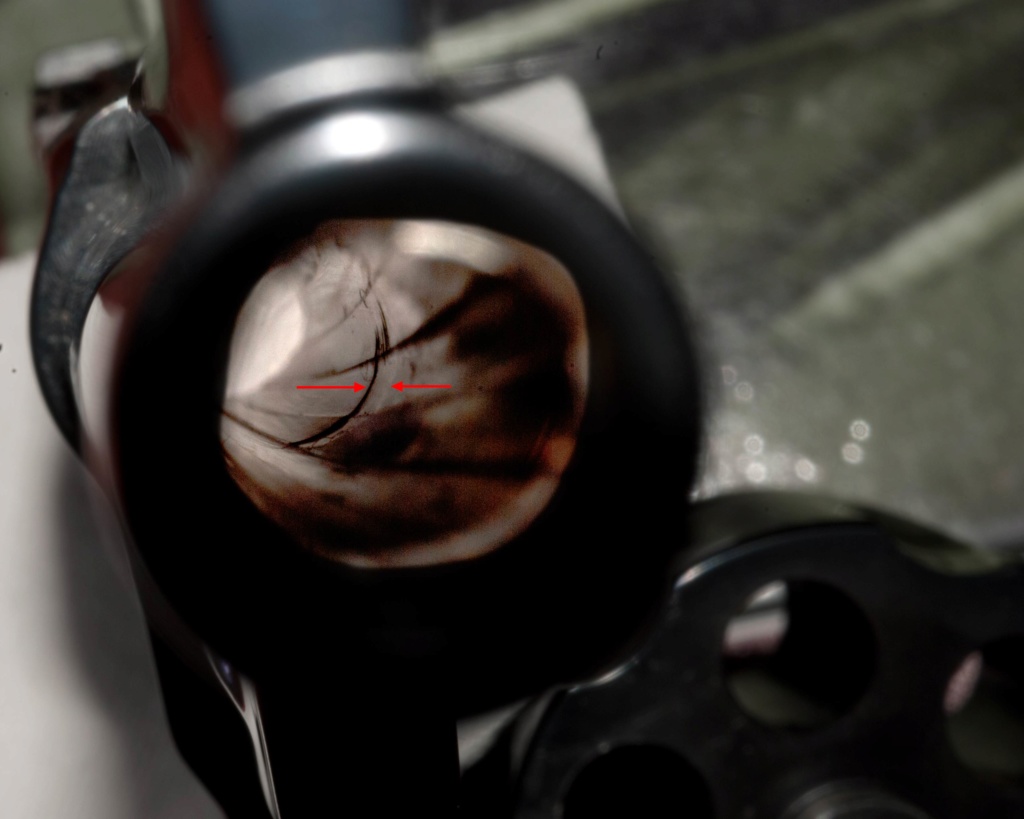 depends on what it is...

How about pythons. I've always wanted one but not nearly enough to pay $3k for a nice one. That and Korth revolvers. We can all dream.

zanemoseley wrote:How about pythons. I've always wanted one but not nearly enough to pay $3k for a nice one. That and Korth revolvers. We can all dream.

Or an OMM Colt.

zanemoseley wrote:How about pythons. I've always wanted one but not nearly enough to pay $3k for a nice one. That and Korth revolvers. We can all dream.

I used to want a Python, but then I was told there are very few gunsmiths left who really understand that gun.  Not sure how true it is now, but five years or so ago, I lost interest.  Definitely a beautiful gun, but at over $3k, I dunno....   For 1/3 of that one can find a beautiful S&W, which can be serviced by lots of gunsmiths.

Just sold a 1937 Colt OMM in museum condition...it was a case of shoot it or sell it. As Red Skelton used to say about Guzzlers Gin " SmooooooootH!"

+1 on getting an older S&W.  The new ones are definitely lacking in quality control.  I have a K38 made in 1954 and I shoot it better than my 52.  I bought a model 25 made in 1960.  A real good shooter.  The triggers are sooooo sweet.  Clean, crisp break.  The new guns have creepy, glitchy triggers that suck.  Absolutely get one with target sights, target hammer and target trigger.  You won't be disappointed.

I'm partial to the older Smith's. I do have some  of the new ones that worked out nice. An Xframe that just needed a trigger job and a 29-8? that didn't need anything. I gave up trying to get a 14-8 trigger to work and just replaced all the internals I could with older parts. Not everything swaps out. The older ones can have problems also. I had to have a crane straightened on a 27 and cylinders reamed on a 19 and a 14-6. They all shoot great now. 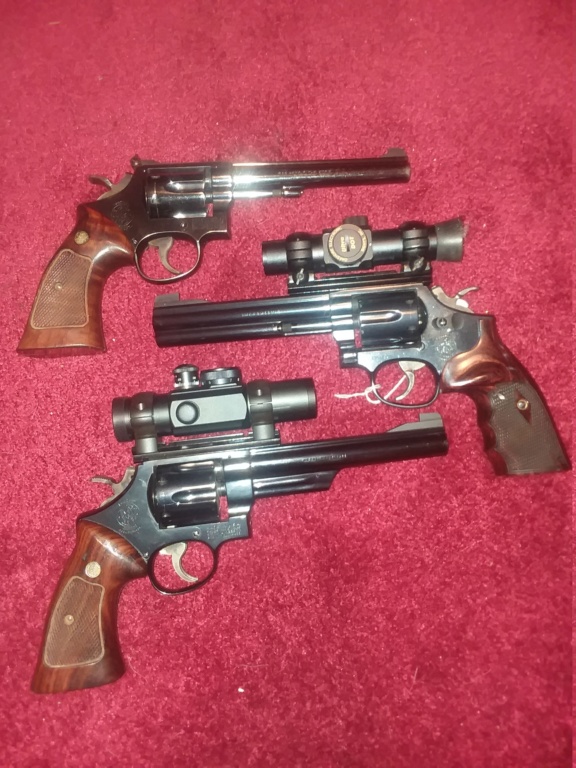 I have a 17-4 and a 27-2 both have had trigger work done and are delight to shoot.  While I am partial to older S&W's I handled a newer K or L frame one that had been worked over by a good gunsmith and it had an amazing trigger.

Thanks for the input. Going to go with a 14, 17, and 25. Any advice about the -numbers? And what exactly is a target hammer as mentioned above?

Also, what is a decent price for a model 14?

"target" parts are a little wider than the standard parts.  If you have a standard gun, and a target gun, and you put them side by side, you'll notice the hammer is "thicker" (wider) than the standard.  This also applies to the triggers.

(Looks nice, but I don't know if it does anything "better" than the standard part.)

Are you planning on getting one at a time, or all three immediately?

One at a time, budget constraints, 8mo old at home. Mainly want a gun to shoot DR with so I can stop borrowing and start loaning.

The 22 would be next to practice for DR on a cheaper basis. The 45 is pretty much a pipe dream at this point, well down the road.

Generally there were no separate classes. Within the 16,17,14,25 model guns. They were all intended for target shooting  although many were used for LEO EDC.

Some special offered modifications were offered like a smooth faced trigger for D/A shooters like PPC, target grips.

That’s why they had “target sights”