Check out the 45 verses the 22 scores. Remember this was with iron sights! 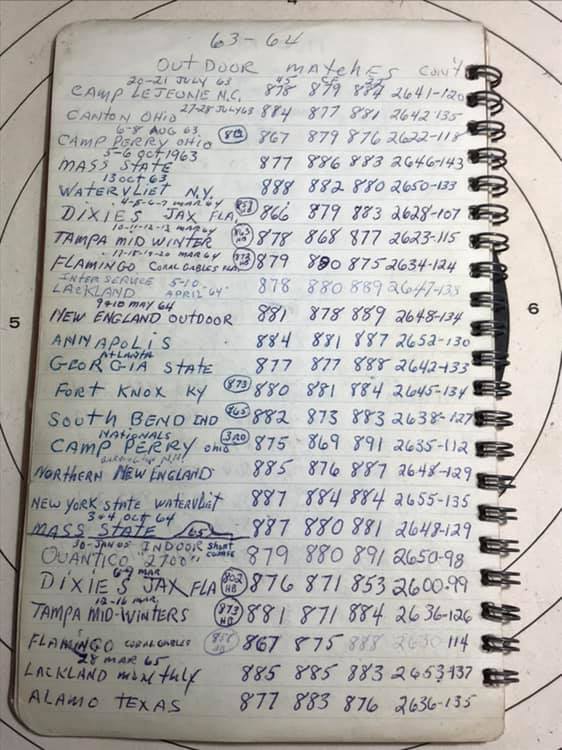 And he covered a lot of territory too.

The service teams did in those days. There was a lot of military activity because of the draft. So there not only was surplus manpower but there was extra budget and rationale to support service teams. Orders with support money attached were issued to get team members to and from big matches via military transport aircraft were common. After 67 or 68 it all came crashing down.

I shoot with Arnie Vitarbo a couple of times a year and get to hear great stories from this golden age of bullseye. Don placed in the top three 10 times at Perry during this golden era. Creedmored out of the title several times.

Arnie said an Air Force teammate of his broke 2650 fourteen times at matches in 1964, and did not win a single match! He said you had to shoot the scores to stay on the team, there was always someone there trying to earn your spot.

When my father traveled with the Army pistol team from 1957 through 1959 the familes often traveled with the team.  My parents used to say that by the time I was three in 1959 that I had been in all 48 continental states. One of the stories Mom and Dad used to say about me was that they kept talking about going to Miami for a big match.  They said that I finally asked one day when are we going to yourami.  I have a picture of me sitting on Dad's Harley in diapers at Camp Perry.  If I could ever learn how to post pictures on here I sure that some of them would be of interest to the group.

I have seen this before in a different photo, and I credit it (in part) for my finally breaking 2650 (and 2660) a few years ago, after many years of struggle.

I looked at those CF and .45 scores and had an attitude adjustment.

john bickar wrote:I have seen this before in a different photo, and I credit it (in part) for my finally breaking 2650 (and 2660) a few years ago, after many years of struggle.

I looked at those CF and .45 scores and had an attitude adjustment.

I had a similar moment.  When I was struggling to make HM, I looked over my prior scores and adjusted my attitude.  The result was a 2626 and 2627 for the next two matches.  Just think what I could have done looking at Don's scores, or yours, John!

Same order but the teams considered 45 the important thing.

A friend of mine was on the Navy rifle team a little after this but also shooting pistol quite a bit. He was bumping 2600 but never reaching it. Finally he asked Hamilton to borrow an S&W 52 (I think) that Hamilton didn't use. My friend shot the gun for a week and was happy with it and then went to his first match. 22 went well, it always did for him. In centerfire the Slow matches were good, and the National match course timed went well too. They shot the National match rapid and my friend had 8 holes in the target, all in the X with no additional shots on the target or backer. In other words an 80 with 8x. He gave the S&W back to Hamilton who told him that he had the same problem.

Doug Bronnenberg never did break 2600, but he did hit the 2590s a couple of more times over the years. And after that he happily shot 22 and 45.

No statistically significant difference in score among the three events- well done!

Wow, those are amazing scores.  That must have been an awesome time to compete, the NRA cared more about shooting and gun ownership that fattening Wayne's wallet and squandering millions on private jets for the board members, ammo was cheap and matches were plenty.

If Don golfed that good he would have terrorized Arnold Palmer.

The consistency is amazing.

That was some amazing shooting.  Thanks for showing us. 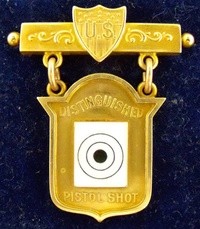 Sparrows Point.  From my coach and mentors things.
These are cast aluminum plates about 12" across 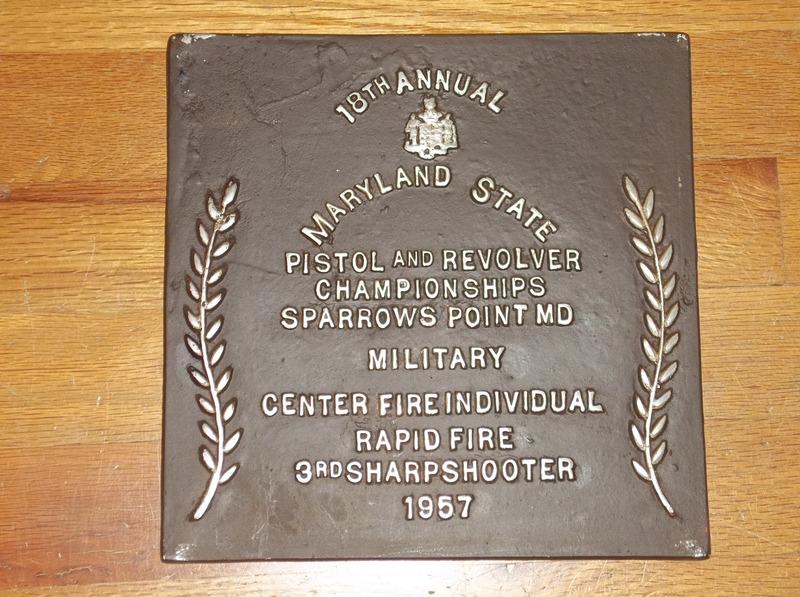 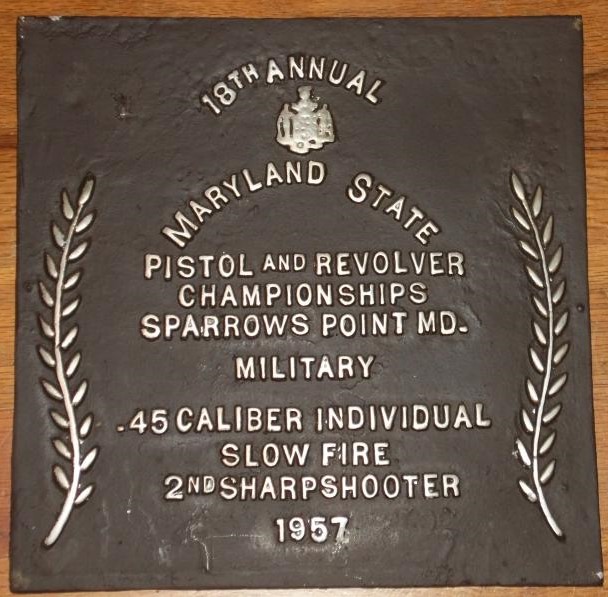