I have both a Colt hard slide and an Israeli NM slide, marked NM7791435. Both are unused.

I've debated a few plans for them, but not sure if I will follow thru.

My original plan for the IMI slide was to build a replica of Larry Vickers Unit gun pictured on the cover of his book. I knew the original armorer to Delta Force, and own his personal 1911. However, it appears the slide in the Vickers pic has a standard GI rear dovetail, mine has what looks like something for a Bomar, but not the modern low mount style. So, I don't think it will work for my original build plan.

Are the IMI slide good for a bullseye style build, still sought out, etc? Considering a modern style iron sight gun, a retro style build, or..just selling it and looking for one with a GI dovetail.

The Colt hard slide, was a sort of impulse buy at a gunshow where I ran across it at the table of a guy who always had some old school target stuff. I had thought to build up a retro style combat gun, like Ron Wananan(the gunsmith mentioned above) built back in the 80s, or maybe a target gun, but I would hate to cut on the vintage slide.

I also have a few vintage parts, for use in these including a original in the bag bomar rear sight.

I should state, I am not a competitor, I just like shooting accurate guns as accurately as I can. And, have been thinking a lightly tuned RO will likely fill my non carry/fighting 1911 needs.

Anybody have any thoughts on these slides?

IMI slide will go on Caspian frame with barely any stoning or fitting. They can be used to build a nice pistol. I've probably built over 30 of them in last 20 years. I believe KC uses that slide for his USMC MEUSOC copies.
The Colt slides are hit or miss on their tolerances and machining quality. But they also will make into quality pistols.
Have fun!
Jon 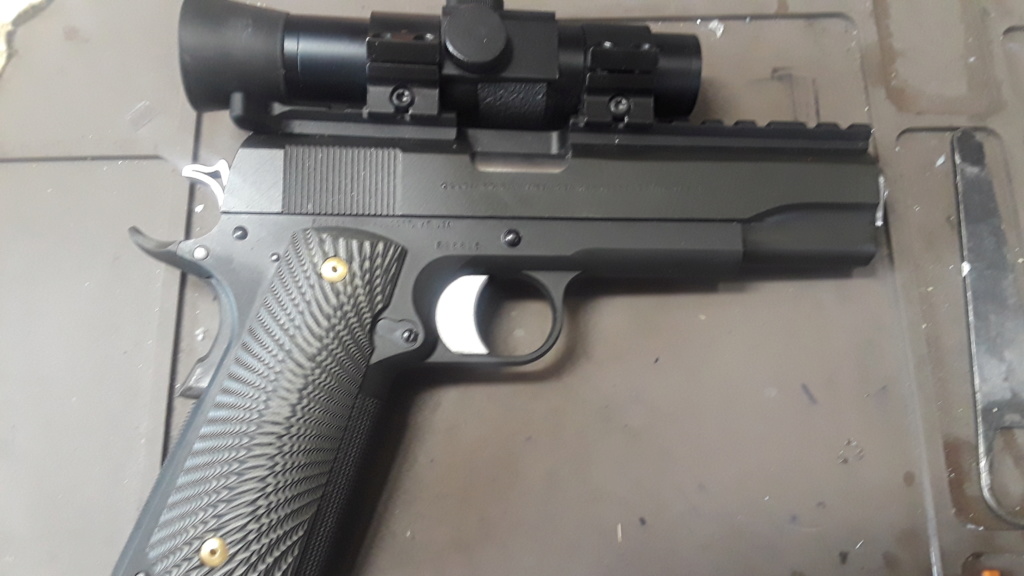 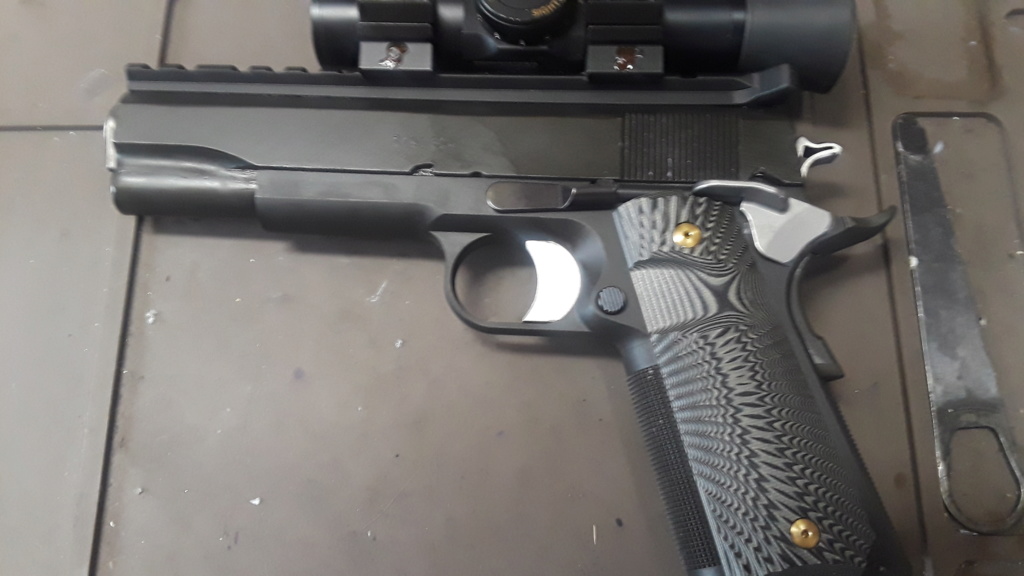 Have a question please about your Red Dot.

What brand is it and did not come with the rear looks like rubber extension or what is extension made from?

I think that's the older ADCO 1" red dot. They later became Ultradot. Came with the soft rubber tapered extension.
Somebody correct me if wrong.
Jon

It's an older.oakshore ultra dot.. i like them alot, if you can find a good one.. i think Jon is right about ADCO

Thanks for the replies, I guess I still have some thinking to do