I’ve recently got a used Sig/Hammerli Trailside Competition model, and hoping I can start to join local matches ( I already have a 1911 with red dot and started reloading).

Hoping to find out the best ammo the Trailside likes, I sourced almost all target ammo I can find here in north California. The weather condition is not good during the test (55F, a bit windy and humid), but this is the last chance before rain season starts here.

Before the test, I changed a new recoil spring (ensure consistent lock up?) and changed the trigger stop plunger to the new style (better trigger pull). There are only several FTE and FTF during the ~600 rounds in test, and all FTE and FTF came from Aguila and one or two from Federal.

All groups are 10 round shots at 50 yd, with pistol rested on sand bag. I used a pistol scope at 4x to help aiming, and the parallax is adjusted approximately to 50yd. I did fire several rounds after switching ammo try to clean whatever is left from last ammo.

Attached are the targets and a quick data summary, it seems Lapua is on its own league with 1.1-1.6” groups, then followed by a group with ~1.8” average group size, including all CCIs,  both Norma, SK Long Range Rifle Match and Federal Auto Match, the rest have group size above 2” including most other Federals, Aguila etc. As the gun comes with a test target which is ~0.65” at 25m, which converts to ~1.2” at 50 yd, so it seems the gun is still performing to its original accuracy?

I’d like to know if others here have some experiences on the ammo preference on the Sig/Hammerli Trailside? And I’d also like to hear if someone did similar testing on the newer Walther Hammerli Xesse? 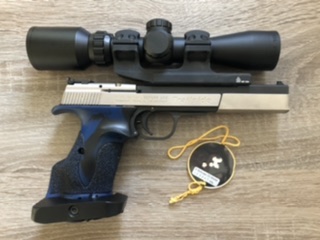 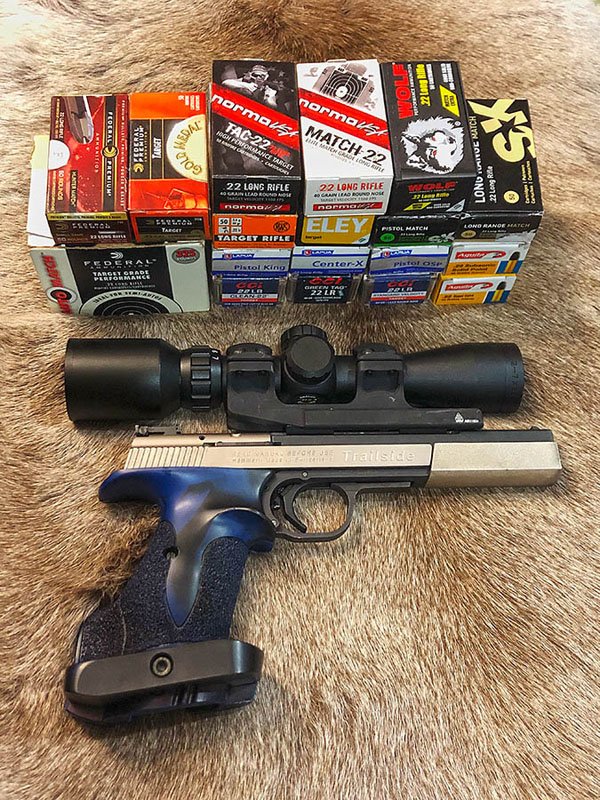 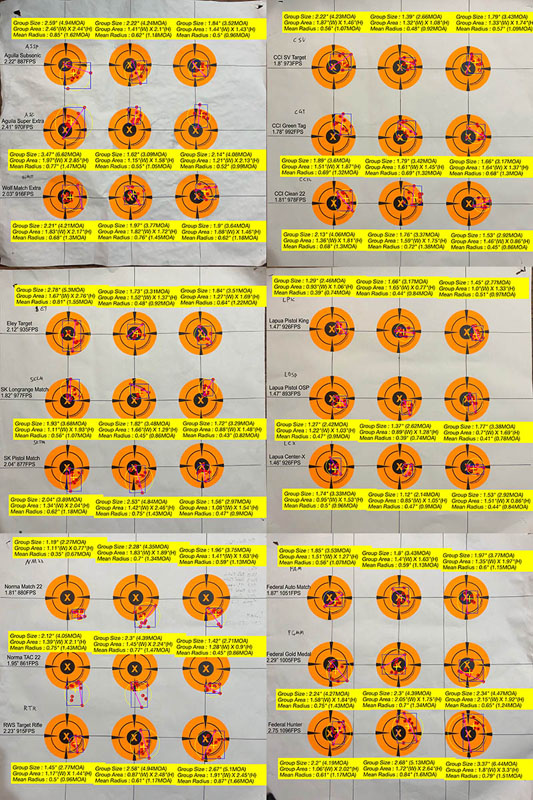 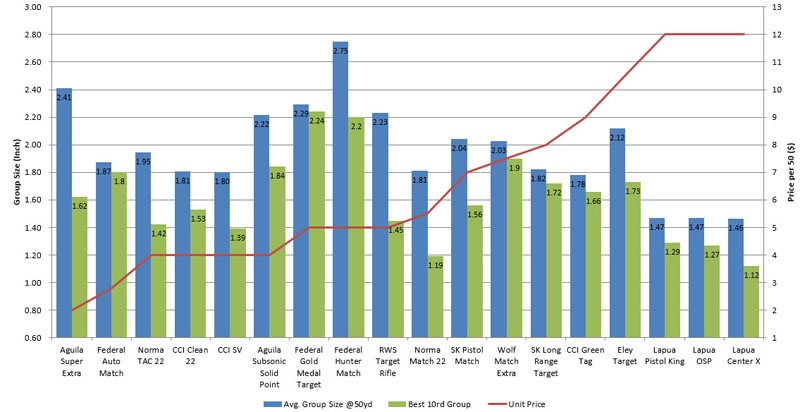 Funny thing is that an identical pistol might shoot best with a different ammo. I wouldn't be disappointed with that kind of accuracy. Just for grins, you might try CCI Match Pistol and Eley TenX.

Spend more time dry firing and shooting at BE targets. Use cheap CCI SV or Aguila, it will easily get you to master. It will also help you shoot more because its cheap. Don't get caught up in the bench testing or RR syndrome. Practice, practice, and more practice. That will do more for you than the best ammunition your pistol likes. Welcome to the sport, its addictive!
Jon

Thanks for the advices! I don’t plan to do much bench tests, except the case when I just get a new gun and would like to make sure it will hold the 10 ring. I do plan to use CCI SV for practice, but not sure yet if I would use the Lapua for matches.

BTW, l already setup several resized B6 targets at home since last year, so I can do dry fire while watching TV. 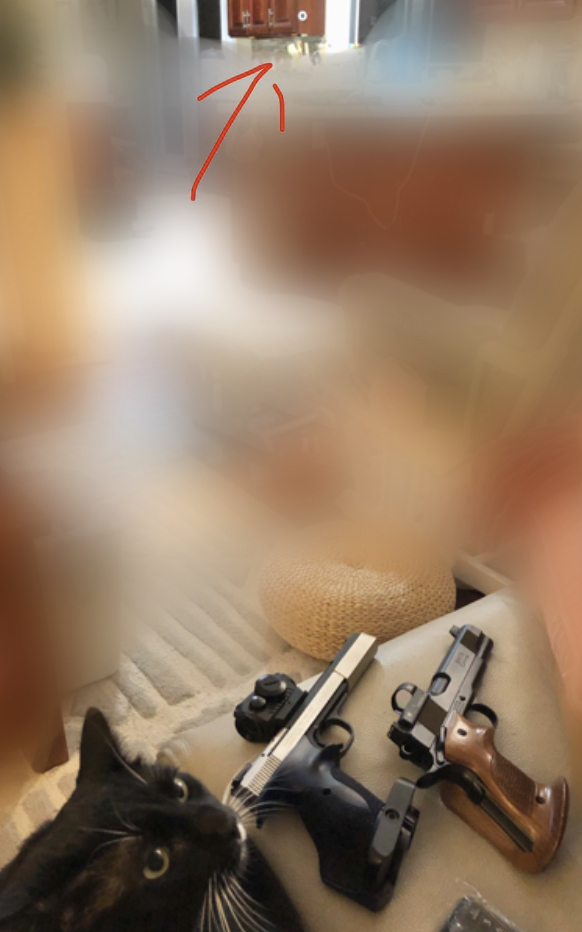 What is the brand/model of the scope mount you used?

It’s UTG ACCU-SYNC scope mount with medium profile (there are some PN with high profile, which will be too high for pistol use) and 34mm offset. I also have a pair of UTG picatinny rail to dovetail adapter under the mount.

This combination is the lowest one-piece scope mount I found. But if you can use separate rings, there are a lot more lower profile options.

Got another range session, only 200rounds this time. It seems Norma likes cleaner bore, and fit the gun better than CCI SV in this condition. 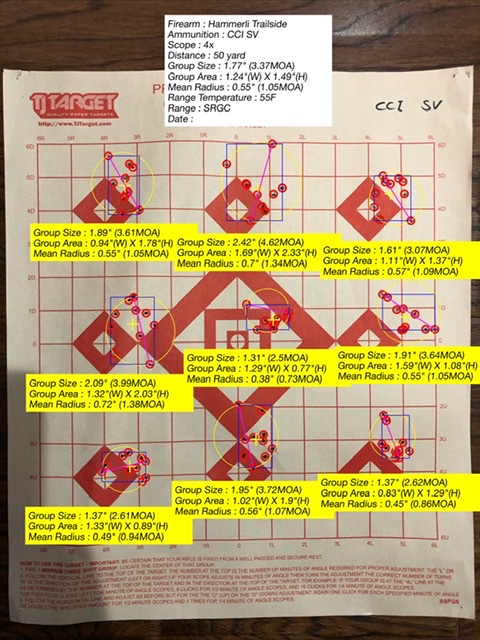 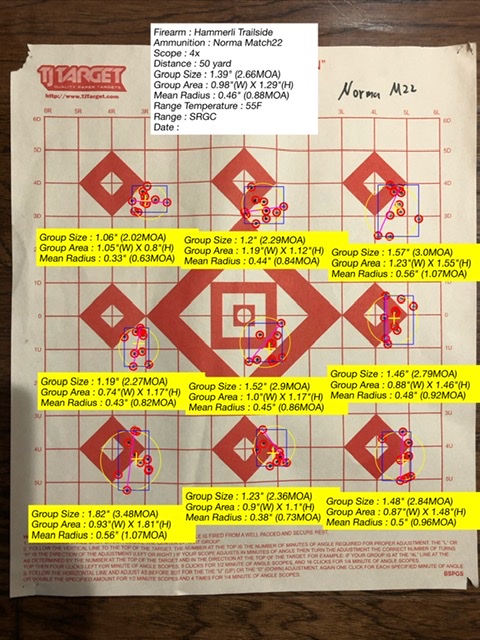 Great presentation!
Now go dedicate some dry fire time with the TV off!