I am ISO a c4m3ron bench. It was a little portable reloading bench that was offered for a brief time. Most reviews I've seen were poor and it doesn't seem like it went over big. The company went out of business fairly quickly. It will fit my need well even with all its shortcomings. Please pm me if you have one to sell!

I think one of these would be better.

+1 Wobbley. I'd not come across the Elevating QC workbase previously, but they look great. I have a fixed riser for my Dillon press and also have several QD plates from Inline Fabrication - very strong, sturdy and well made. I've got the flush mount base plate routed into the surface of my heavy permanent bench now, but previously I had it screwed down onto a Frankford Arsenal Reloading Stand:-

This set-up worked very well and allowed me to move my reloading station around and also accommodate several different shotshell and metallic presses that I was playing with at the time.

Jwhelan939 - Sorry, this is not answering your specific question, but just providing some "food for thought".

I had to go find a pic of it. Neat riser.

I also recommend Inline Fab risers with side bins plus mobile arm with bins if you can’t find what you need.  They hold all kinds of stuff if your space is limited and raise the press nicely. I like mine. 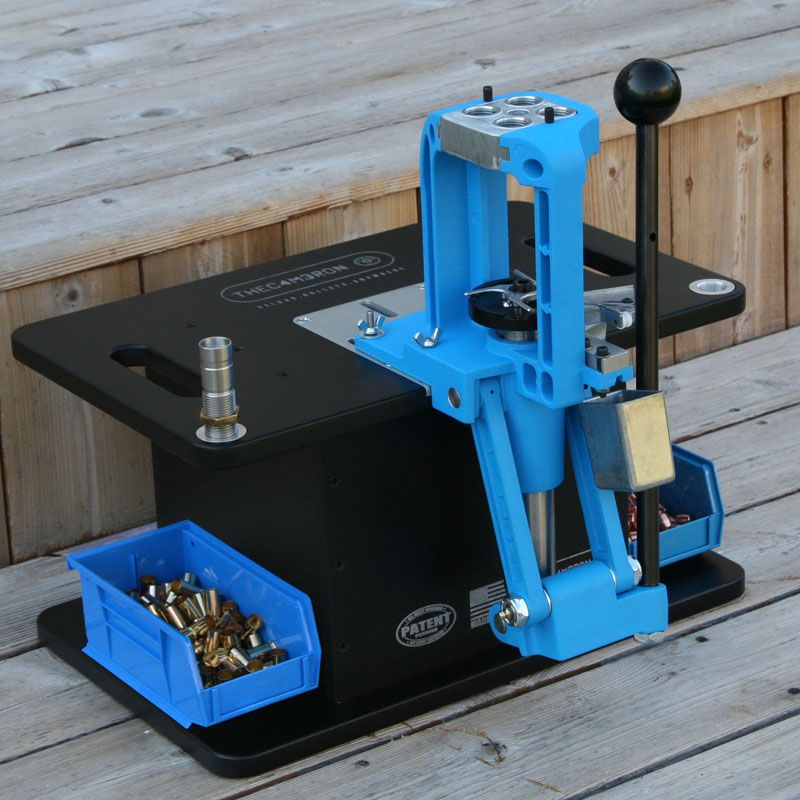 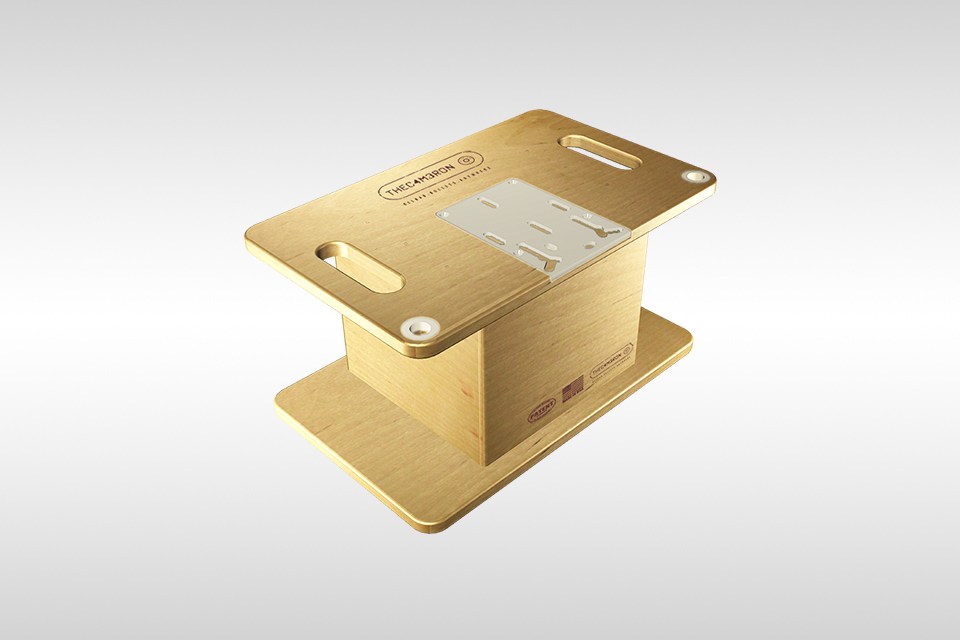 Thanks all. I'm not looking to raise the press up. I have two babies and getting down to the reloading room just isn't possible most days. This bench would allow me to work off of the coffee table when on daddy duty. Just a little more portable.

Radjag, was the FA stand stable? I've heard pretty bad reviews of it.

The FA stand was stable when I used it with a Lee turret press and MEC 600 shotshell presses. But I would not expect it to be so good with a larger press where there might be much more leverage. I usually had it pushed up against fixed/heavy wall/furniture when I was loading. I would say that with a small press processing typical handgun ammo it should be fine.

With the Inline QD baseplate mounted on the FA (it has a thick MDF plate which is easy to drill holes through) I could just remove the press with it's individual plate - put the press away in a rolling tool cabinet type chest - then fold up the FA and put it away in a corner/cupboard.

I upgraded to a Dillon XL650 and also stopped reloading shotshells, so I had no further use for the FA and passed it on to another shooter recently. I still use the Inline plates cause I've got a Lee single stage Breech Lock press which I use occasionally for bumping ammo to length or other small batch stuff (I've also still got a couple of 600jr's for odd gauges, just in case). Got the plate mounted alongside the Dillon on my fixed bench.

Don't know how handy you are with tools, but another option might be to build a replica of the Cameron Bench. Home Depot et al sell pre-finished 3/4" plywood - about $40 for a 4x8 sheet - it is really strong and looks great. They will cut to your sizes for a fee. Drill and screw with 2 1/2" construction screws and it will be plenty strong. Sand the cut edges smooth and wipe on a bit of Poly. Drill/bolt on your press. Then use a couple of good C clamps to hold it down on your desk/table and it should be fine. Spray it Black if you want the "Tactical" look

I know these are stable.  A bit taller than coffe table height.  Can be put into a closet after use.

+1 Wobbly - I'd forgotten about the Lee stands - yes a good option.

To expand on the Plywood Cameron copy theme. I often buy ply for various projects and am limited in what I can carry in my small SUV. I get Home Depot to cut a 96"x48" sheet into three 32" wide pieces - usually they will make two cuts for free. But if you then get one 32" x 48" board cut down into three 16" strips for top/bottom/risers and get one further strip from the second piece cut to 17 1/2" for the back (check the actual thickness of the ply for exact dimension). Chop one 16" strip into two 16"x16" pieces for the risers you will then have a 5 piece kit. At the cost of 4 extra cuts in HD - they may even do it for free if you ask nicely. Just an idea - you can elaborate on the design of course.

Hmmm, you could mount the Inline Fab base to a piece of plywood and clamp it to the table.  Maybe use a set of the I.F. quick change plates to go from basement reloading bench to portable riser clamped to the coffee table.

A thot.  Watch what you do in areas inhabited by babies, especially crawlers and toddlers.  The detritus that results from depriming contains lead compounds which you do not want around children especially.  (Lead styphnate was used in many priming compounds.)