Anyone own both a Pardini SP and Matchguns MG-2?

Anyone own both a Pardini SP and Matchguns MG-2?

I'm curious if anyone owns both of these pistols or have used them both extensively. I'm considering adding one to my collection. My primary 22's now are a 1911 conversion and an all steel GSP which is a bit front heavy but I still shoot well.

Sold the SP bought and kept MG2. Hated SP more than any 22 pistol I've ever owned or shot. My highly biased 2 cents. Spent many hours working on SP trigger as well as shooting it. Never tried harder to like a pistol. Sold to my good friend who loves it lol.
Jon 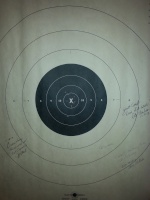 Zane, I own both, two of my favorite 22s. Both have Rink grips, and FF3 dot sights.

I like the trigger better on the MG2.  T

I like the adjustability of the MG, although I find the feel of the Pardini to be excellent as well. Even with the MG adjusted To the maximum grip angle, the Pardini is a bit more raked (which I have come to like)

If it matters, and as you’re probably aware, the Pardini offers 32 conversions, which I find super easy. MG requires a different gun (MG4).

Fwiw, I favor both of these over my dedicated Nelson conversion or my GSP.

I have owned both for 6 months or so.

Bought a used MG2 first (2017/18 model pre-EVO), supposedly modestly used, but I quickly ran into serious problems. Kang Chua & Jon Eulette of MG USA sorted it out in a very accommodating manner, much appreciated.  It required a replacement slide, but I'm told that my MG2 must have had a rogue incorrectly heat treated steel slide. Since then I've used it with the excellent OEM iron sights for EIC 22. It shoots very well, has been generally reliable with Aguila SV and Eley Target ammo, although I've only put ~500 through it so far. Only negative is that it is quite tricky to remove a live cartridge from the mechanism once loaded, takes a bit of fiddling (but the Pardini is also troublesome in this regard). I didn't like the OEM grip (even though it is very nicely made - better than a Pardini OEM grip) so I tried a Rink - unfortunately it is also a steep angle grip which I find difficult - Rink do not make an upright grip for the MG. I've just ordered a more upright "GSP style" custom grip from Dick Horton.

Whilst the MG2 was away being assessed/repaired I just could not wait, so took the plunge and bought a pair of Pardini's from Champions Choice. Fitted 1" UD's on Warne low mounts. My primary Bullseye 22 gun. I've put about 7,500 rounds through the SP in total from June to mid-November - off for the winter now.
About 1,500 Eley Target, mostly in competition, very few if any alibi's that I recall.
About 3,000 Federal blue box SV (the cheap stuff), practise, occasional FTE.
About 2,000 Aguila Super Extra SV, practise, also occasional FTE.
Some other cheap practise ammo as well.
I put the FTE's down to the gun being somewhat dirty, freshly cleaned gun does not exhibit any problems. The Aguila is accurate, but much dirtier and smokier than Eley.
The Federal was less consistent and I did get the occasional dud too. I'm considering a switch to CMP Eley bulk ammo next year for practise once I finish my current batch of Aguila.

I initially changed to a Rink LRB7 grip from Pardini USA which was OK for the 22, but I did not like it on the 32ACP. I then discovered that more upright GSP style grips are also available - I direct ordered from Rink with some custom adjustments - only got them a few weeks before I left. I definitely prefer the more upright grip with the 22 and my scores immediately improved. But I've not yet really had time to get the new grip properly "dialled-in". I sent both SP2/HP32ACP back to Pardini to be checked and have the triggers adjusted over the winter. Had a very good telecon with Vladimir of Pardini upon receipt, very helpful and accommodating indeed.

I will be very interested to see how the Dick Horton grip is when I get back to Oregon.

Which is better - Pardine SP vs MG2? Very hard to judge.

The MG2 trigger is excellent, no doubt, but I don't like the standard grip angle and have not yet had a chance to test with my preferred grip and an optic. Unfortunately the MG2 I bought was initially unreliable, fixed now, but I kind of lost confidence with it and relegated it to EIC only. I will definitely test it more thoroughly in the spring.

The SP2 has been very reliable (as long as you clean it regularly!) and is certainly very accurate. My 900 scores have improved significantly from the old Walther GSP I started with in spring 2019, but, it could be argued that improving my technique and practising so hard would have led to improved scores with the GSP too. Very hard to be objective. I found the Pardini triggers to be very tricky to adjust myself, but the MG2 trigger setting was already very good when I got it and I've not fiddled with it, so, again, no objective judgement.

The Pardini is initially more expensive and more readily available, probably will command a good resale value (although I paid quite close to original retail for my used MG2 cause they so rarely come onto the market), so I don't think that price difference is a significant issue. Lots of folks shoot Pardini's on the West Coast - I've never seen anyone else with an MG2 - so MG's certainly have novelty value!

I own both, the 5" Pardini SP Bullseye and the MG2 EVO.    I love both pistols and shoot both all the time but to be honest, I shoot the Pardini just a little better......   It might be that I have had it longer and have shot it more.    Both pistols have been rock solid with just one or two alibis per thousands of rounds. I am very close to shooting master scores so every point counts.   With that said, I have decided to stick with the Pardini because my scores have been higher with that gun.   I am only talking a couple points, but my goal is to make master.

You really can't go wrong with either pistol in my opinion.

Shoot Greg  a PM, he can provide another view on the subject.

I shot both and liked the MG2 better.  Crazy adjustment, terrific grips, and wild magazine.

Jon's advice/insight above is hard to disregard 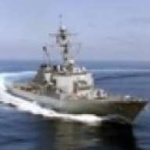 Brings back lots of memories.
Had a MG2 back in 2009 for a friend waiting to get his papers(Canada).
Nothing but trouble but, great feeling.
I had it more often than him to resolve his issues with it.
Magazine tubes were the Euro style, which were slightly short for US ammo CCi SV he wanted to use. A pain to clear FTE or FTF brass. Matchguns Italy service (Stephano?) was first rate, sent lots of replacement parts free. Seems it was a transitional time for them as were the parts.

I did not like the top cover with so many steel screws going into the Alum frame. Seems the anodizing was too soft or was drill and tapped after.
Amazing number of pivot pins for all those parts.
I hear they are much better/reliable now.
My Pardini SPNew just keeps chugging along.
My friend ended up with an AW93.