Tobacco use and bullseye

Tobacco use and bullseye

I am a smoker and have read that smoking causes the shooters hands to tremble. I have been shooting for about 6 months and I dry fire alot. I do have a Crazy wobble! I was wondering if the shake from smoking is the same with tobacco use in general or is it just when the tobacco is combusted?
I know I should quit again( I have quit for 3 years twice and 7 years the last time) but the last time I quit I gained 70lbs and that's not good either.
I usually miss at least 3 out of 10 shots in slow fire and its not my guns, it's me!
Is there any hope for a case like me?
I do love the challenge and the folks I have met in the sport.

Thanks for any advice, Bruce

Quitting smoking, avoiding caffeine and alcohol are all good advice for the competitive pistol shooter.
Adding a balanced diet, quality sleep and a light workout regimen will definitely make a difference. 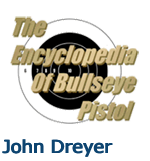 Do quit for an improvement in your general health. Yiogo

Thanks for the advice. I have been caffeine free for 2 weeks now and going to the gym for the last 3 weeks. I weighed 307 last winter while still not smoking and am down to 274 right now.

I hope to get my weight down and in some kind of physical shape and then will try to give it up again. What kills me about shooting so badly is when I was a younger man in the USAF I qualified expert with the 38 so I figured this would be right up my alley.

I guess 30 years and trashing oneself takes a toll.

As a side note.

Sergei Martynov could not wait to go out and have a cigarette when he won the gold.

True or not, point being, he is a smoker.

C.Perkins wrote:As a side note.

Sergei Martynov could not wait to go out and have a cigarette when he won the gold.

True or not, point being, he is a smoker.

I know exactly how he feels, without the feeling of winning of course.
Thanks for the information.

Thank you for joining our world of pistol shooting and welcome! We are all here to help you and I comend you for trying to loose weight to improve your shooting. Although I have never smoked and am not overweight I can understand how hard it is to stop smoking and and try to keep weight off much less loose it. Since this is a hard thing for you devoting yourself to pistol shooting might just be the thing that helps. There is a club in Indianapolis that shoots Bullseye and Bullseye Mike here runs some Freepistol and Airpistol matches out of Columbus I think. If you can get involved in shooting with them and it could help with your dedication to getting healthier. The worst thing that could happen is you get to meet some nice people and do some shootn'.

I have some experience with shooting with huge tremors and how to shoot through them. Even at Camp Perry I was all over the place. How big is your wobble/shake?

When I first got into this game, I read Gil Hebard's "The Pistol Shooter's Treasury". Bill Blankenship talked about his giving up tobacco, alcohol and caffeine. I followed his example and I must say that my hold became very steady. I did pack on the pounds and had to diet to get the weight down. I am tobacco free, but still have a weight problem. I don't drink alcohol very often and keep caffeine to a minimum. For an old geezer, my hold is pretty good.

It is tough to tackle more than one goal at a time. Giving up cigarettes probably should be your first priority. When you add weight, the heart has to pump harder, so your hold will more than likely suffer.

Not bragging, but I had an AMU shooter coach me once and commented on how steady I could hold. He genuinely seemed impressed. I've had others comment on it as well. Although, back then, I did have a steady hold, I made master, but never made the 2600 club. I conclude that an educated trigger finger will get you farther than a rock steady hold.

I have some experience with shooting with huge tremors and how to shoot through them. Even at Camp Perry I was all over the place. How big is your wobble/shake?

My wobble covers the entire target with wild spikes off it at times. Especially at the match. I am interested in anything you have that will help.

Scott, I believe I have spoken to Mike when I shot down In Indy. This year I plan on making trips down that way and up north to Bristol. They have lots of great shooters and all are eager to help.

Mike, I am in the process of reading Gil's book now. I believe we've met before. I first shot in Indy when I came down with a group of us that shoot at Roush in Huntington.
We came down with a fellow named Bob that you shot with years ago.
I believe and hope that your conclusion of your post is the gospel and I'm trying to especially watch the trigger control. This seems crazy hard with the wobble as it makes me want to "snatch" the bull as I pass through the black.

Thanks all for the great advice, Bruce

I found that my wobble was much worse at a match, but much less at practice. I thought it was from caffiene diet and time of day, but it was match nerves.

How is your wobble in practice or when dry firing? Can you scale down an indoor target using for dry firing in your home to be the same size as it would appear at 50feet?

Let me know if you can keep your wobble on the paper for dryfire. If we get you there where you would call all of your dryfire shots "on paper" we will talk about trigger control and send you back to the range for some drills.

My wobble seems much less at home dry firing. I will get a target reduced this week and let you know how it all seems. Range time has been very limited this last month due to my schedule.

I got a 50 ft target reduced to 50% and dry fired tonight from 25 feet. I thought it went pretty good but I did catch myself more than once trying to "place" the shot rather than a good smooth trigger pull straight to the rear.
I'm betting when my wobble is worse I try to place the shot even more. I have shot at a target turned backwards and just aiming for the middle of the paper. My group was much better than I had been doing with the target showing.
I use a red dot scope because I can't see good enough with my right eye( optic neuritis years ago, will never see perfect with this eye) but I can see the target and the dot good enough to shoot with it.
I will be able to get to the range this Sunday. I am very interested in any drills or practice advice anyone has.

Don't try to shoot 10s for now, just concentrate on a good trigger pull so the round hits inside the wobble. Try to call each shot. If your shot lands outside your wobble, focus harder on trigger pull. GOOD LUCK!

Sounds good Rob thanks a lot!

Back to smoking. I quit in 1970, Bruce. Thank God. Bad scores is the least of your worries if you are a smoker. I've lost 2 maybe 3 family members (mother, father and brother) and I attribute the death of my mother and father to cigarettes and probably my brother too. I also lost a very dear friend from smoking and several aunts and uncles. Yiogo

Sorry for your losses, and you are correct about the priorities here. I have quit 3 times in my life and somehow always find my way back to it.
I hope the next time I quit is soon, and for good.

Thanks. Bruce, I have faith in you. You can do it. I just prayed for you. Hang in there. Yiogo

I finally made it to the range today. My wobble actually seemed a bit less than normal. The first 2 strings of 10 shots at 50 yards I scored 8 and then 9 out of 10 shots.
I then tried to just hit the target concentrating fully on a smooth trigger pull and the next target I scored 9 of the ten shots. The next 2 strings of 10 I scored all 10 shots and the last string I actually had 4 in the 9 ring and 1 in the 10 ring!
This was all the time I had for today before the range closed but I did learn the trigger pull is as much my problem as the wobble is.
I have been without caffeine for 3 weeks now and the smoking I have cut In half.
Thanks for the advice on just concentrating on the trigger pull. I will continue to practice this.

If you can hold the target, then the only thing that can put a shot off is a bad trigger pull.
Good job on your practicing!!

Thanks a lot Rob, I appreciate the help and encouragement.

I am reading through a backlog of unread posts and found this. Quit for your health and not just to shoot better - you will but that is not the primary reason. I know very few smokers who shoot well - one to be exact - and a whole bunch of smokers who don't shoot well.