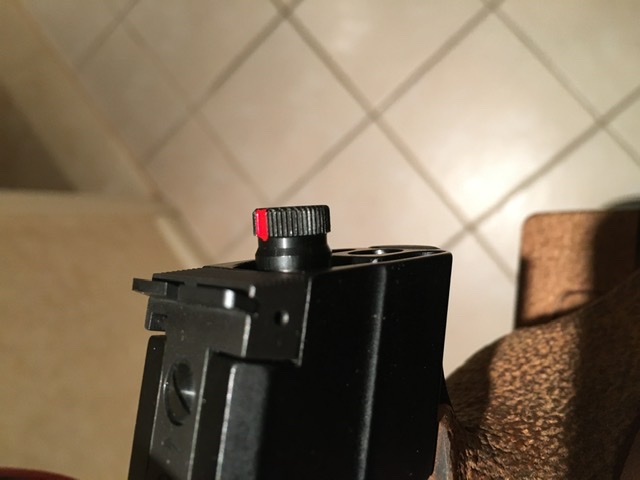 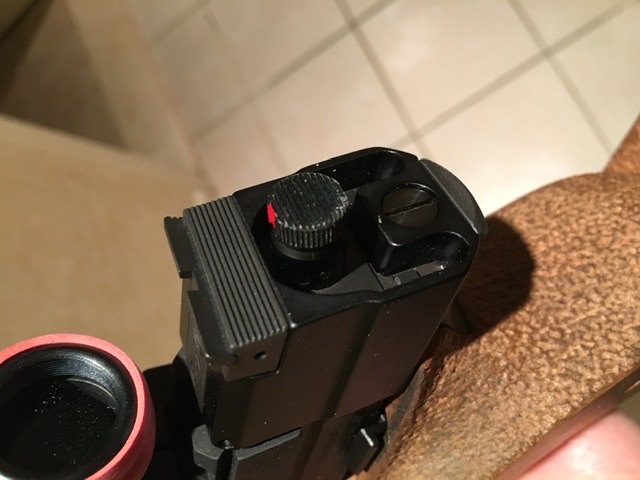 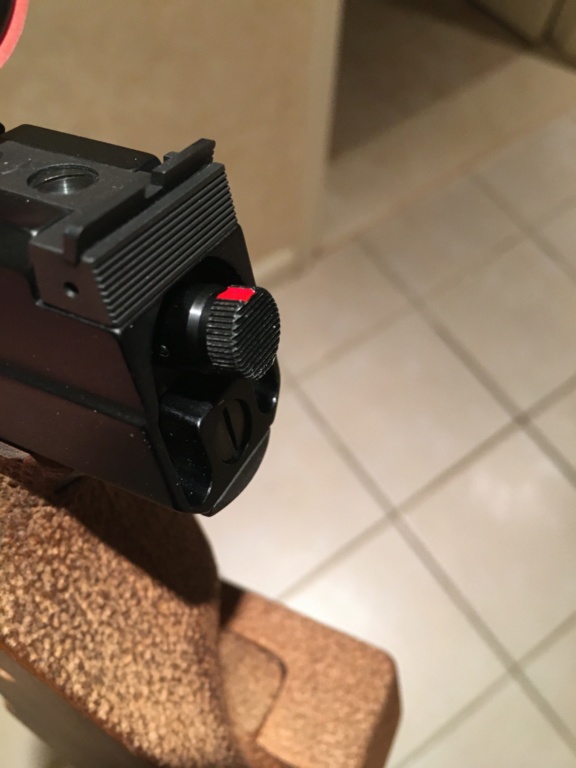 [/url]
Does anyone know what the knob on the back of the rear sight is? The manual doesn’t list it and I’ve never seen it on a 208S
Thanks for your input.

That's a safety that had to be installed on imported guns to meet the US Specifications for import.  It twists 180 degrees to block the hammer.

So how did mine get imported without a safety? Did they only retrofit part of them.

zanemoseley wrote:So how did mine get imported without a safety? Did they only retrofit part of them.

I privately imported several Hammerli 208’s with no safety.  Who imported yours?

Just got it a few weeks ago from Simpson LTD. Very pleased with my purchase, it's an amazing piece of machinery.

The info I supplied was from Larry Carter, as was my 208s with that type safety.  He said the Customs Laws were written such that a safety was required.  That particular safety was done by his company.  I don't know if he had another entity do the work for him or he did them himself.  I have seen other types of safeties on some 208/s examples.

If the slide needed to be replaced on an existing gun, the new slide would be unmodified, but if you sent the gun to Larry, to replace the slide, he would have to add the safety.  Many opted to just buy the slide.

I don't know any further particulars, such as time frame of import, individual import laws, or if it had to do with him being an authorized service center for Hammerli.  He was also required to imprint "LARRY'S GUNS, PORTLAND ME" on them, as well.

Unfortunately, all the above info was from Larry many years ago and there's no way now to verify my accuracy in the retelling.  I guess now, it's just hearsay. . .

I have two 208s both with the safety knob.  Both are marked by Wade Anderson on the barrel.

My Hammerli 208S which I bought from a person who bought it out of California does not have the safety.

I asked Larry about it when he serviced the pistol, and he said that some were bought in privately, often military individuals and they did not need to have the safety installed.

If you look at the Hammerli 208s manual you will not see a safety on the back.  I have been told, by Larry that the "s" stood for the sliding trigger assembly where you could adjust the position of the trigger on a rail.

I certainly miss Larry's knowledge on these Hammerli and Benelli pistols.