I went to the range to see what difference my dry-firing has been having on my shooting.  Definite improvement.  Towards the end of the day, as I was packing up, another shooter came by to chat.  I was telling him that I wanted all the holes in the black, and I was close, but there was usually one pesky hole that escaped.  He was amazed that I was doing this with one hand at 25 yards, but I've been working on that for so long, I hope for a lot more.

He picked up my High Standard Victor (which I never got to shoot today, as I spent all day with the X-Series), and was amazed how heavy it was.  He brought his gun over, said it was a "Browning Buckmark Hunter, sells for around $400.  He offered to let me try it, so I shot ten rounds.  I had two immediate thoughts about it - first, it was SO effortless to hold it on the target.  Maybe it's all that weight in the barrel, but while his gun showed my wobble, it was slow and easier to deal with, while with my gun the "wobble" runs at express train speed.  (I think that has to do with my natural frequency of vibration and resonance, but that's not for this thread).

Despite the long heavy barrel, it felt light.  Score bonus points for it.
The front sight had one of those plastic thingies embedded in it - score ten bonus points!!!
(The small round plastic thingie was EASY to focus on, no struggle!!!!   .......but for shooting I used his optical sight.)
The trigger was "adequate", but nothing like the trigger on the High Standard.  But it was easy to use, no complaints.

The photo shows his Browning Buckmark, under my Victor for comparison: 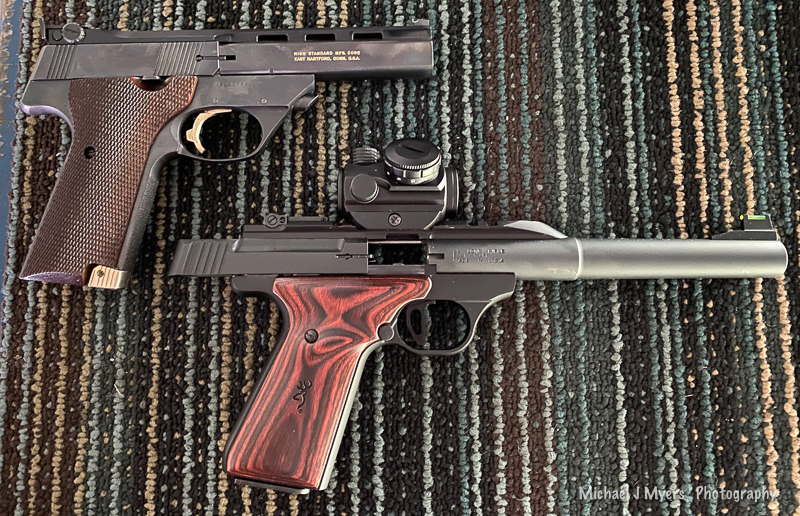 I was wondering if anyone makes a custom front sight that would work on a High Standard, that includes the translucent plastic fitting.  I suspect that's a much better way to focus on a front sight than making a big scratch in the sight, which is difficult to see.

I'm also thinking that I will try my Victor tomorrow just the way it's shown in the photo, and with the barrel weight attached.  I know it won't solve my wobble, and the wobble is just something I need to accept and ignore, but for whatever reason, the movement of my red dot is much faster than the movement of the red dot on this Buckmark.

Very nice gun!!!   Is it still even available?  It might make an excellent gun for new Bullseye Shooters to start off with.


Here's my only target with this gun, 25 yards, one hand, "area aiming", and shot rather quickly.  : 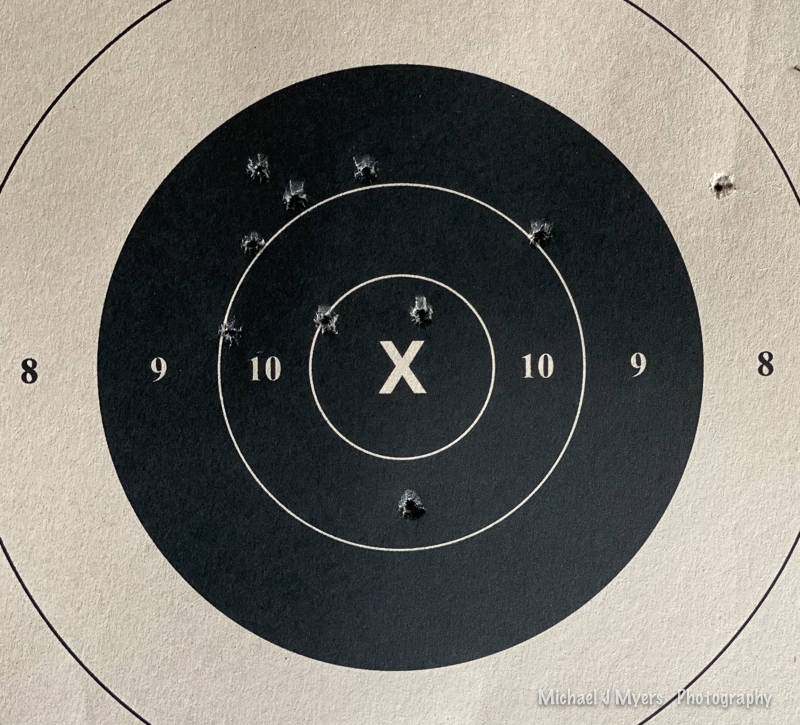 Be careful, or your gunsafe(s) will begin to look like mine.

I know of "Browning", but have never noticed it mentioned in these forums.

I made master with an almost stock buckmark... 5.5 pro target with a trigger job

Mike, I have posted a lot of pictures of mine on here. It will shoot tiny little groups. 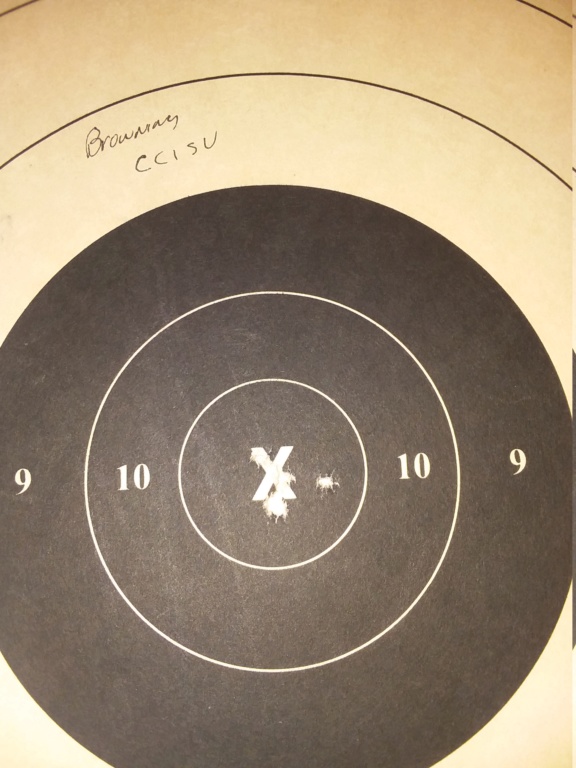 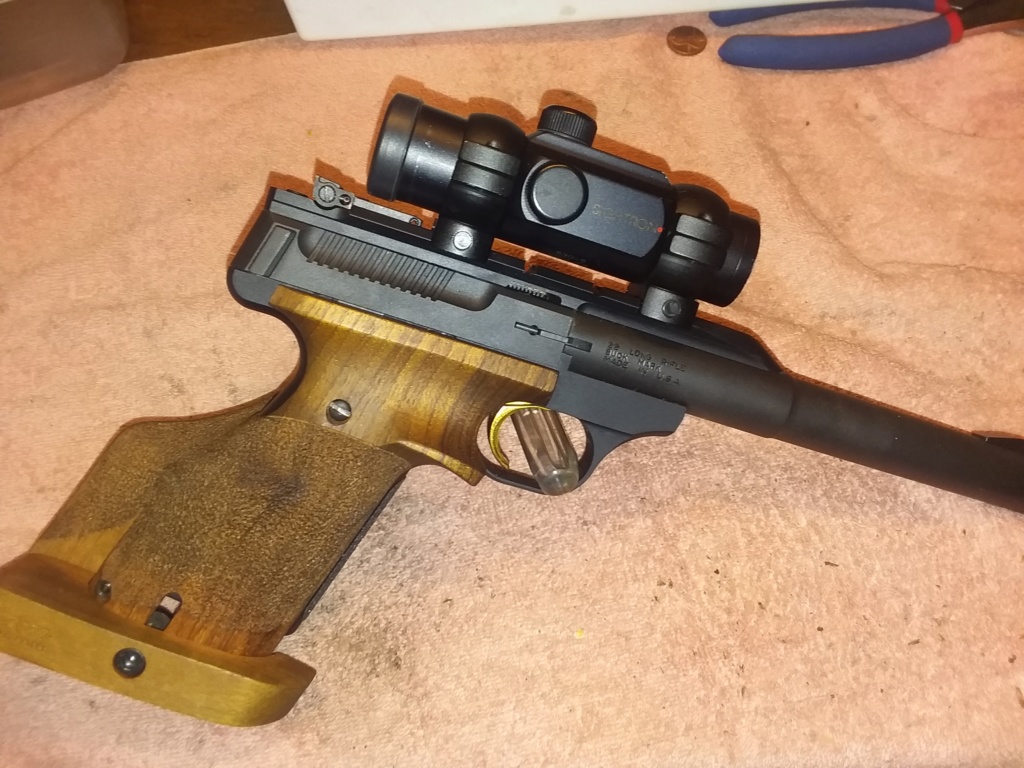 Now, to wet your interest. What you really want to find is it's 40/50 year old predecessor. Those old Nomad/Challenger's had the right balance. 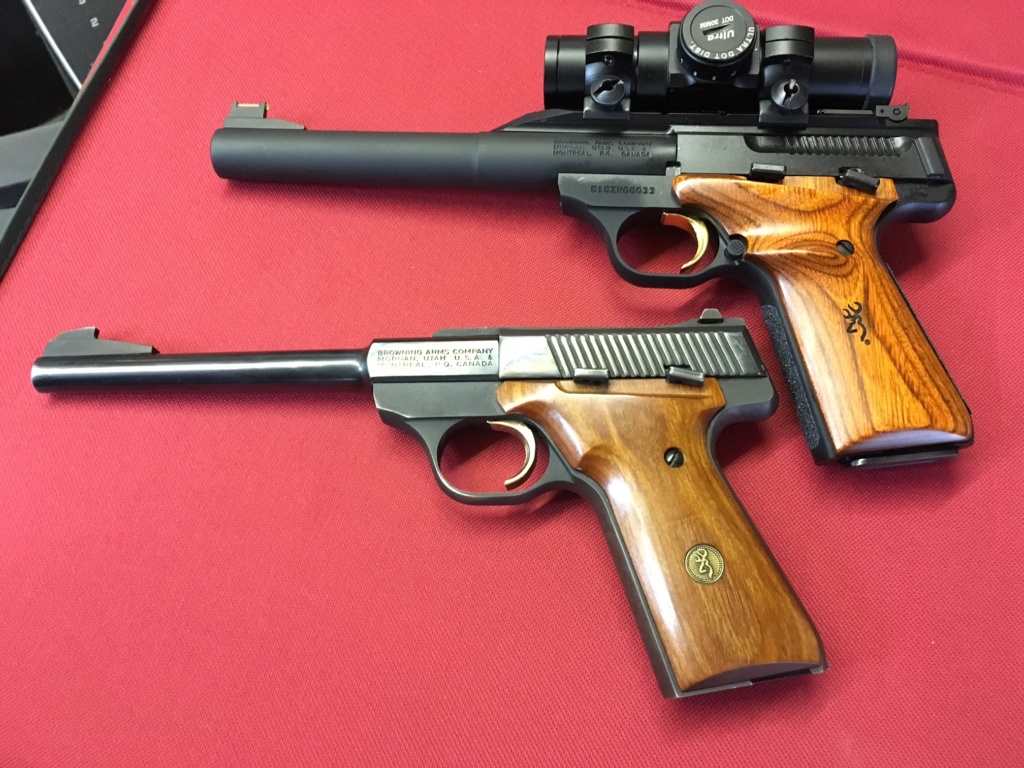 Len, ya got me beat!  I'll post today's target, using the Victor I got from Roddy with steel sights.

What I need to do, is to get my X-Series to shoot like my Victor, or maybe I just should stop doing everything, and just use the Victor for a while.....   I still need to hold today's target in my hands, to re-assure myself it wasn't all a realistic dream! 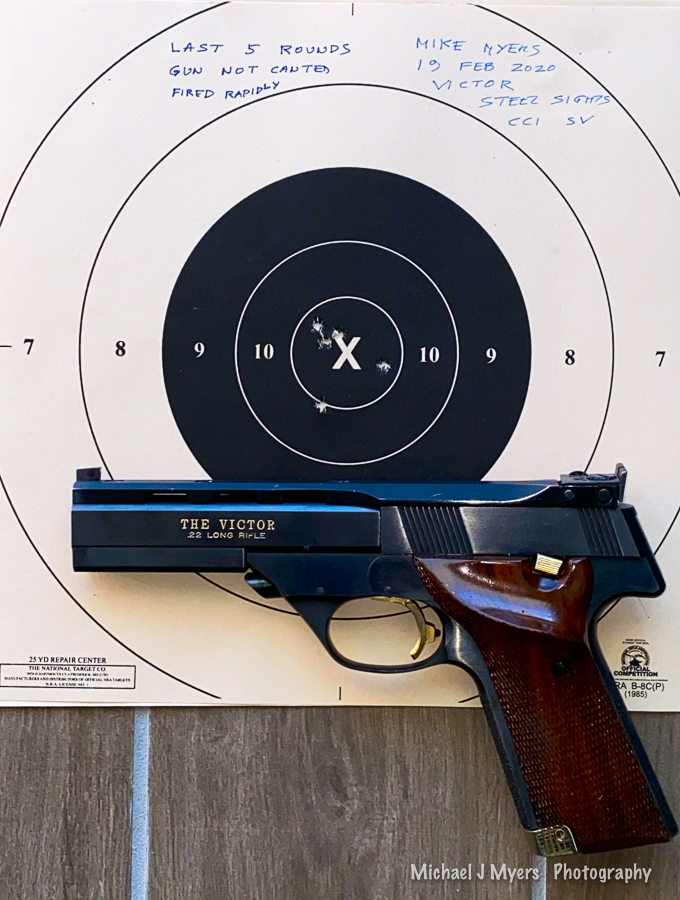 mikemyers wrote:  I still need to hold today's target in my hands, to re-assure myself it wasn't all a realistic dream!

I know you are tired of hearing it, but this is why you need to ignore the bad shots and only concentrate on the good ones. Remember what you did to shoot that target and quit trying to figure out what went wrong when you had a bad shot.

Look at that target every time you go to the range or begin dry firing. 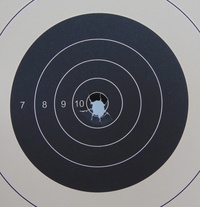 I know why what I thought before sounded reasonable, but I figure I'm at a point where from now on, I should do what you just wrote.  I wrote down some notes, and thought over what I did, step by step, thinking back in memory.  I wrote down "fired rapidly" on the target - I took very little time in aiming, just doing my best to focus on the front sight, and as soon as things looked good, to smoothly fire the gun.