So I have around 20,000 rounds through my Kimber and it seems I am having to squeeze the grip safety much harder for the firing pin to strike the primer. I called Kimber about getting the Firing Pin Block and the Lever so I could change out the parts.  Kimber CS told me I needed to send the gun in for repair. I mentioned that I had my gun refinished in Cerakote, then the CS rep told me Kimber would have to remove the finish and put it back to factory finish before they could repair the gun and send it back.  So, has anyone on the forum removed these parts from their gun and want to part with them?

I am fairly sure I have the parts you need at the house.  Let me take a look when I get home today.

Funny was not the first word that came to my mind..

So, I guess I’m never buying a Kimber. Thanks for saving me some cash.

Kimber's joking right? Remove the Cerakote...really!    I'd consider a quick test by removing the firing pin block and leaving the lever in.  FP Block and spring come right out but you have to remove the rear sight.

It's possible that they don't want to work on or return a "modified" pistol. Could be warranty and/or liability issues. Anyway, my Kimber is an excellent pistol and I wouldn't hesitate ever to buy another Kimber. If their custom shop practices are enough to keep you from buying a Kimber, then don't. But, I wouldn't be surprised if other maker's custom shops might do the same.

I am fairly sure I have the parts you need at the house.  Let me take a look when I get home today.

That would be awesome if you do, thanks.

Guys, I wish I was joking, but the customer service person said, legally Kimber has to put it back to the same specs as it was when it left the factory and that means removing all custom finish and re-anodizing the frame and what ever thin coating on the slide. I am not sure if this is a New York law or a federal law. This Kimber is a 2009 Crimson Trace Carry ii, aluminum frame and steel slide. After years of IDPA, holstering and re-holstering in a kydex holster, the anodized frame and slide took a lot of wear.

I can't knock the gun as it does have a lot of rounds through it but I don't understand why the two parts are not readily available like series 80s parts. Before this issue, the gun has been solid, I am on my third barrel bushing, I replace the rebound/recoil spring every 3,000 rounds because of the aluminum frame, so, it is not like the gun has been abused. I do have another Kimber, the Aegis Elite Pro which doesn't have the firing pin block and that gun is tight and a shooter.

As some of us shooters can be a little vain, the frame is Carbon Black and the slide and controls is Kraken which flips from green to purple. Here is a link to the facebook page of the guy who did the finish. https://www.facebook.com/customcaliberarms/ 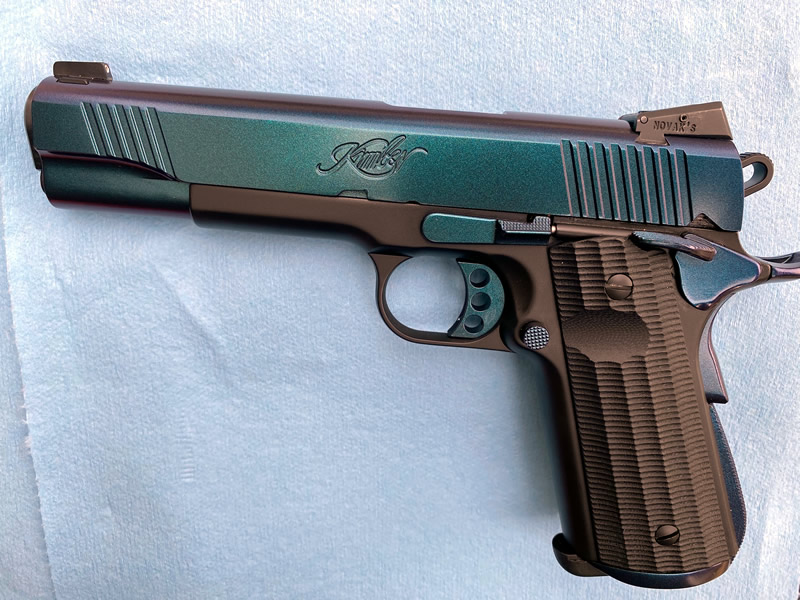 That isn't the law.  They're full of crap.

When the CS rep said that, I was surprised. First they wouldn't sell me the parts, then said my gun had to be put back exactly like it was when it left the factory? I guess they would want to replace my barrel too, I had to throat and polish it to feed 165gr, 185gr and 200gr swc rounds flawlessly.

Part of it is liability reasons.  They don’t know if the coating process did anything to affect the fitup of the parts.  And a good part of it is a shttiy attitude to their customer.

Have you stripped the offending pars and made sure some debris isn’t binding something?

Wobbley wrote:Part of it is liability reasons.  They don’t know if the coating process did anything to affect the fitup of the parts.  And a good part of it is a shttiy attitude to their customer.

Have you stripped the offending pars and made sure some debris isn’t binding something?

I took it completely apart thinking I sheared the firing pin block lever and nothing blocking it, then I took the parts out of the slide and inspected the block and the firing pin. I cleaned everything and put it back together. There is visible wear on both the firing pin block and the lever. I ended up taking it to the guy who built my bullseye gun and he said it looks like wear.  Basically saying just like the barrel bushing wears, these parts will wear, especially with the amount of rounds through the gun. Unfortunately, he can't get the parts and didn't have any on hand.

I would have thought that since you have the original parts in hand any competent machinist could probably reproduce those parts for you, might need some post machining heat treatment and finishing, but not rocket science, surely. Not saying that you could do it on a hobbyist lathe, but ask around in your area or ask for a recommendation on this forum.

If you remove the Swartz parts completely, won't the gun shoot normally?

Yes.  Remove the firing pin block and spring under the rear sight.  I'd leave the pushrod/lever in the frame in place to act as a spacer.   Don't hold the grip safety down when removing the slide or you could rub/gall the slide. My gunsmith said the Kimber's with this safety system, they do get out of timing.  He usually just removes the firing pin block and spring, and grinds down the part of the pushrod that comes up through the hole in the frame so you don't have any issues with galling the slide.

I have a spare series 70 firing pin, so I could remove the parts, I am just trying to keep it original because I was carrying it too.

I took some pictures and maybe if someone has a Kimber they can check the measurements on their gun. 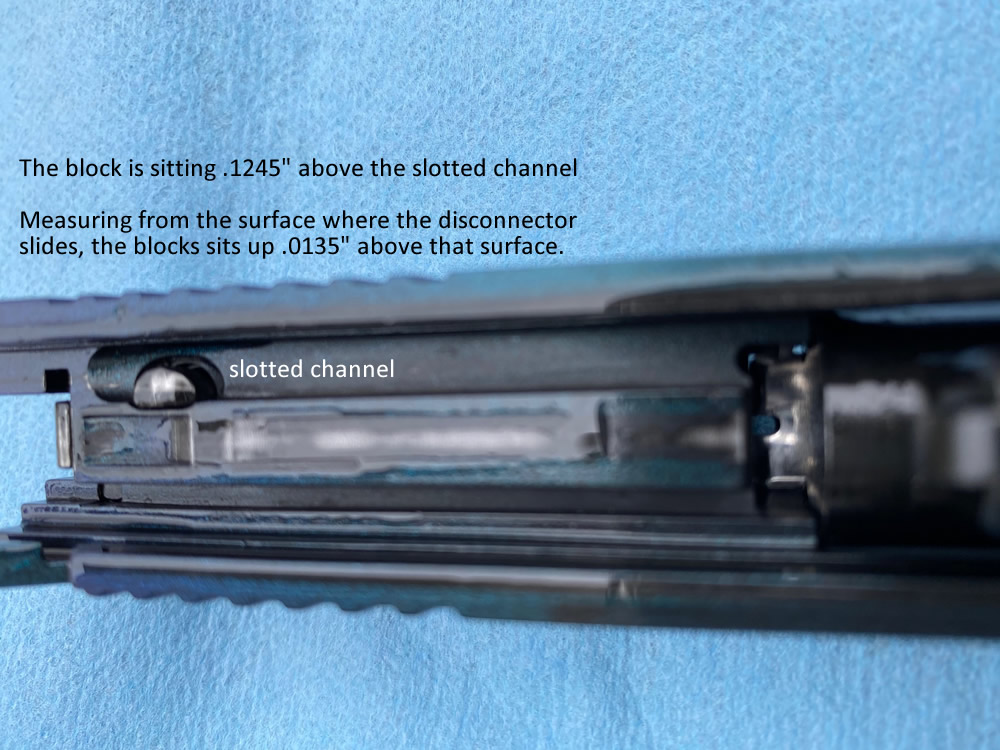 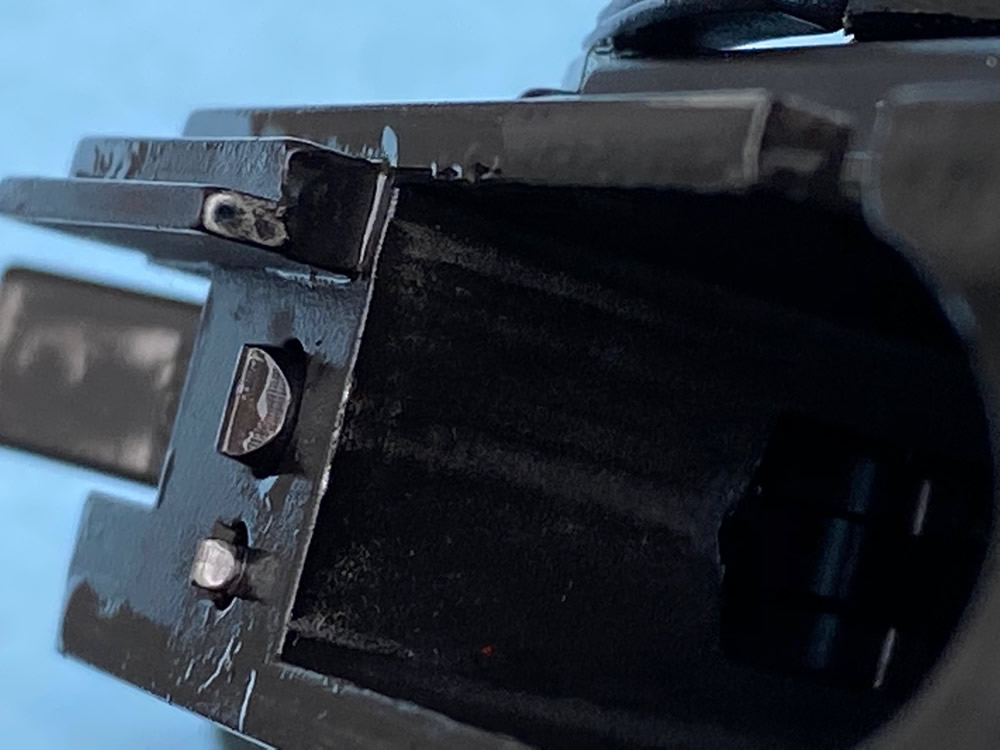 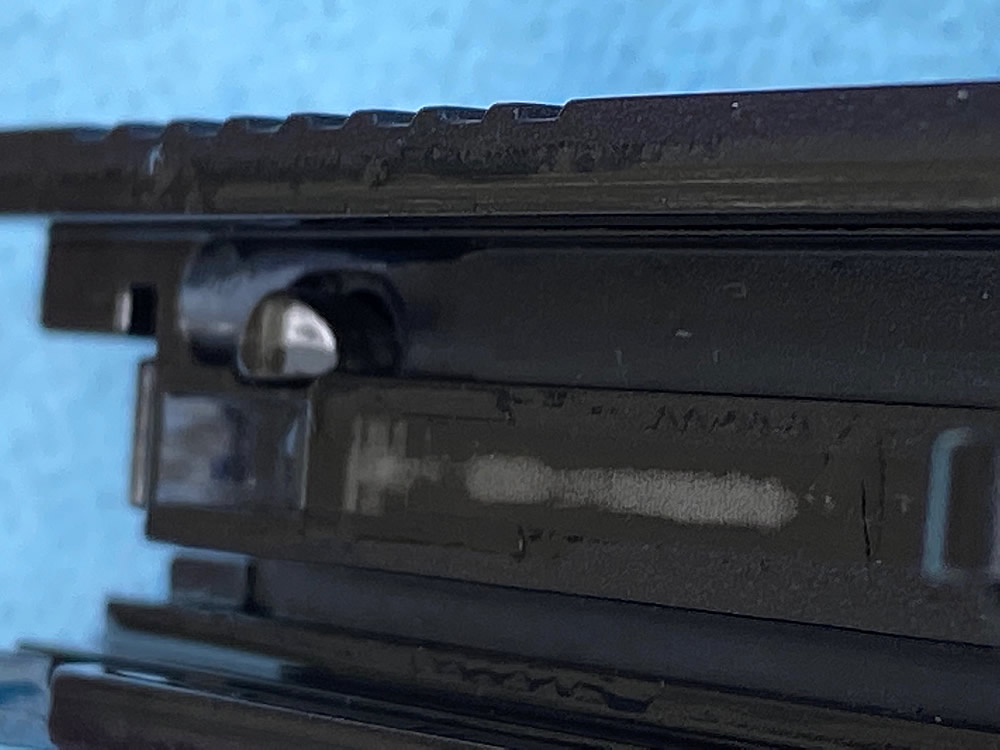 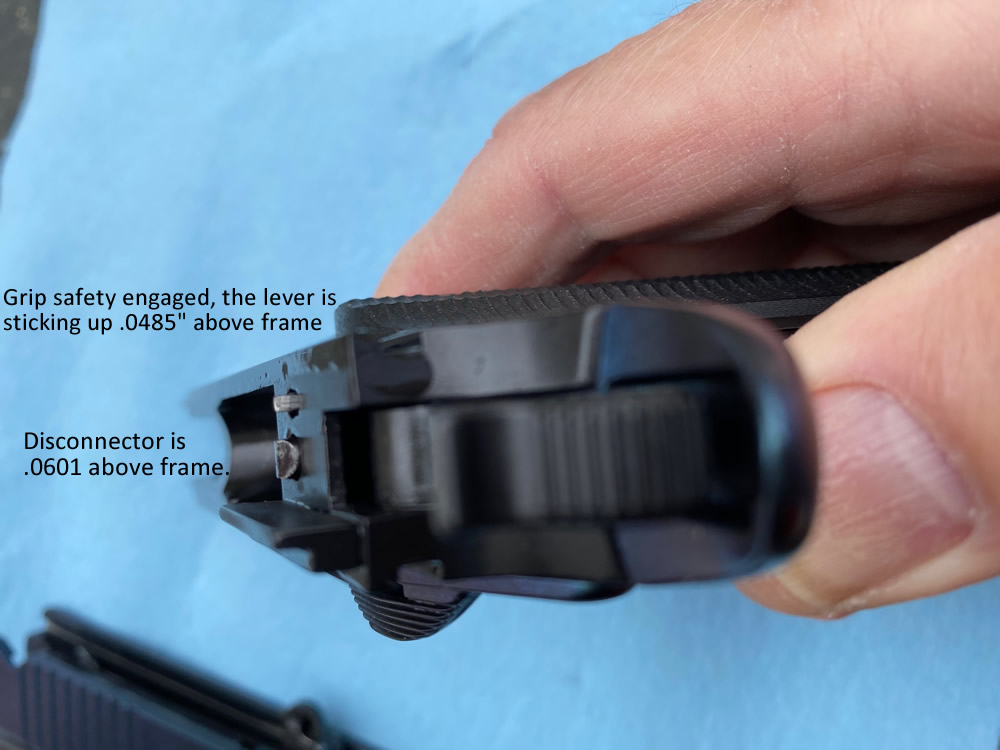 Yes, but IIRC, in NRA Precision Pistol, all safeties have to be operable.

Swartz is technically not a safety in the sense of the 1911's manual and grip safeties. If one chooses that interpretation, and removes the swartz parts, it would be impossible for anyone to confirm their presence or absence without removing the slide. But, In short, there is no reason to defeat a feature which is there to guard against AD if pistol is dropped muzzle down.

I am still looking for these parts.

I am still looking for these parts, thanks.