I've been shooting my S&W Model 17-5 for a few days now, and it seemed to be acting up.  The more I shot it, the more difficult it got to eject the cases - it got to where my hand was hurting from the effort.

Went home, and last night thoroughly cleaned the gun.  Went back to the range today, and all seemed fine, for a while, but after loading it with 5 rounds maybe seven or eight times, the problem re-occurred.  Stupid me figured something was wrong with the gun, so I asked one of my friends to look at it, and then fire it.  It did the same thing for him.  He was suspicious about the ammo, so we switched to Aguila.  Perfect.  From then on, no issues with Aguila.

I saved two cases from the CCI and the Aguila to measure with a micrometer.  Hopefully it will give me useful information if I call the tech support line at CCI again.  They've already exchanged ammo for me once.  Bummer, year after year, CCI worked effortlessly.  But I guess that's irrelevant.  I need something that will work in 2020.

I did shoot some more CCI later in the day, but I "scrubbed" them off on a piece of rough paper towel to remove whatever cr*p CCI puts on them, which made them useable again.


The gun seems to have no problem with Eley CMP bulk ammo, so I guess I'm going to order another case of it in the near future.  That, or ask here which specific label for Aguila would be good for me.

If others have had the same problem, don't blame the gun until you check out the ammo.

Next week I intend shoot some of each lot CCI SV I have over my chronograph. 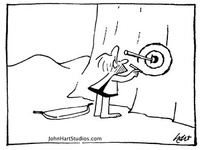 I use CCI/SV continually in the shop. We use it to test repair guns and in the manufacture of the new "X-Series" pistols. I am generally pleased with CCI. It like all large volume production ammunition can have issues !!! Their biggest is EXCESS lubricant on the bullets. My personal favorite is Aguila. I have to disclose that the owners of Aguila are "almost" family to me. I made my first trip to the plant in the late 1960s. I think that it was then owned or operated by Remington at that time. I think that the current owners bought the plant in the mid 1970s. The evolution to a worldwide ammunition factor of what I would describe as a modest operation to its current high tech and high volume level has been amazing to watch. They keep their production runs at the volume required to insure the quality of each Lot Number !!! I test every "X- Series" Pistol with Aguila Standard Vel (1030fps) and Pistol Match (925 fps).- Alan Aronstein

I too had problems with lots of CCI SV that were probably from late 2018 to perhaps mid 2019.  Sent back to Idaho on their dime.  Older CCI SV worked fine for many years.   Rounds from a lot starting with "J" seem to work.  Aquila Match Pistol works, but the first round on cold day may not move slide back far enough to have a clean ejection (in some pistols like Victory).  Suspect that pistol's lube needs to be more thin - using Gunfighter oil.  Suggestions? However, my old 208S is perfectly happy - can not remember the last alibi with that pistol.

Thanks Alan.  Will put it on shopping list.  Of course, up here in the North, we keep loaded magazines in our pockets so as to keep the cartridges from being too cold.  Mac

All matches in Michigan have been canceled.  Fortunately, our near league only had one match left before things shut down.

Bruce, why would you add oil to shells being fired in a revolver?  What problem(s) does it solve?

Blowback and fouling gathers between the shell and cylinder. Without oil, the deposit cake is hard and inhibits extraction.

The problem already stopped, when I stopped shooting the CCI in my revolver.  Now I'm mostly using Eley from the CMP bulk purchase.  My Aguila ammo also works with no problems.

I don't expect to buy any more CCI ammo.  I'll find some way to use up what I have, wiping off whatever wax or lube they put on them - that seems to correct the problem too.  At least I'll be able to use up what I've got, eventually.

If I do shoot it in my revolver, I'll add oil as you suggest.

As you noted, a good cleaning also fixed the problem - until I shot more CCI.   I guess I wipe the wax off my rounds, then lightly oil them.  Maybe I'll try this tomorrow, if I get back to the range.

I have the opposite problem, my M41 hates anything remotely labeled "Target".  I have a bunch of Red Box, Black Box, Lapua Master and Midas, and a smattering of other stuff for my smallbore rifle.  NONE of it will function my M41.  CCI works perfectly, so I'm not messing with anything.

I think the S&W 22 revolvers can have chamber issues from the factory.  My 17-4 had very difficult to extract empties when I got it, after a gunsmith either reamed or polished the chambers the problems ceased to exist, the gun does not care now what I shoot in it.  As for oiling the cylinders the gunsmith that did the work said don't oil the chambers just clean them with Hoppes #9 then a dry patch.  I have since put 10-20k rounds through the gun and it is still happy and the cylinders are clean.

I shoot my model 17 a lot with CCI.  I have found that scrubbing the cylinder with a brush and leaving it dry causes brass to stick.  A cotton swab with a little oil rubbed in the cylinders completely solved the issue.  I had to prove I wasnt a moron at the Winchester range and had to shoot some Winchester high velocity through it and that was nearly impossible to eject.

I just smack the ejector rod with a small rubber mallet.

You should not need to use any sort of mallet to eject the empties, if you do you have a revolver with rough chambers or chambers that are too tight.  There are a lot of posts in the S&W forum in the gunsmithing section about this.  Once you fix the problem it will not come back.

In my Ruger/Volquartsen Scorpion I use CCI for my practice ammo. It does not group nearly as well as Eley 38 gr. Hunting ammo. The Eley is about 1040 fps and is extremely accurate. 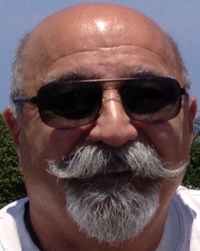