I'm selling my spare Sig 320X5 Full size 9mm, it's new in case, selling because I purchased the Legion series, I bought this shortly after buying one and going to the range with it, I didn't care for my Glock 17L, but this pistol was amazing to shoot, very controllable recoil, quick follow up shots. comes with 4 21 round magazines. Let me know if you need more photos. Asking price $650.00 shipped to your FFL From Indiv.  Located in Addison IL. for local pick up FTF. Please know your states limits on magazine capacity. Jim Nicosia  FREE SHIPPING lOWER 48 ONLY. 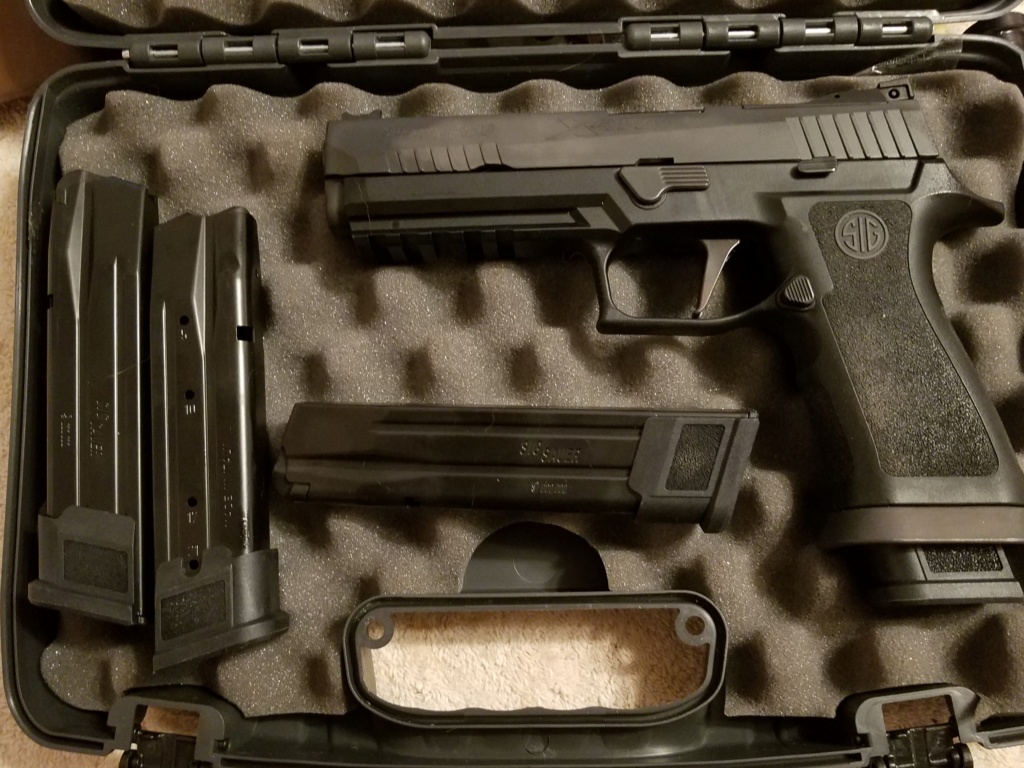 I'll add my 2 cents to your description.  I have not tried the Legion version, but I have the X-Five like this one.  It is the best service pistol I have ever shot.  I traded for mine used at the local gun shop and didn't think about it as a bullseye gun until I noticed I could dry-fire it without moving the sights better than any other gun I owned.  Then I took it out to the range and saw that, dead stock, it would shoot better groups than I could at 50 yards.  I put in the Gray Guns competition trigger kit, which gave me a trigger just above 4 lbs (weighed multiple times at 2019 interservice matches and at Camp Perry) but nobody can believe the trigger is 4 lbs - feels more like 2-3, with the straight trigger.

I shot my personal best centerfire score with it at Camp Perry last year, using iron sights and no mods other than the Gray Guns trigger parts.  It's hard to believe a factory stock service pistol can be as accurate as these.  2 other guys on my team are using versions of the P320, including the X-Five, and I expect the USAMU will be using M17's soon, if they aren't already.

I think these are awesome guns and if I had any cash I'd buy this one as a backup or to put a dot on.