I have a Smith and Wesson 19-3 and I'm trying to get leg points. First off, I find shooting a revolver... different.

With the 19, I seemed to shoot well and then toss one out that looked good. I finally had a chance to put it on paper at 50 yards and was disappointed to see its shooting border line 7-8 ring...

Load is an NOE cast 158gr swc over 2.8gt WST. not sure what crimp, but its a stuff roll crimp. A friend has given me some swaged zeros to eliminate bullet, but I've got my suspicions that the gun is a shooter. Any suggestions on where to begin to diagnose the accuracy issue, OR what gun to get if I decide to change it for a (hopefully) better performer? I know some of us are in lock down, so let the discussion begin.

How do I mark my cylinders? With a sharpie. Because why Not?

And I too use all one cylinder from the long line. 10 minutes is a ton of time and single loading helps with my shot process. 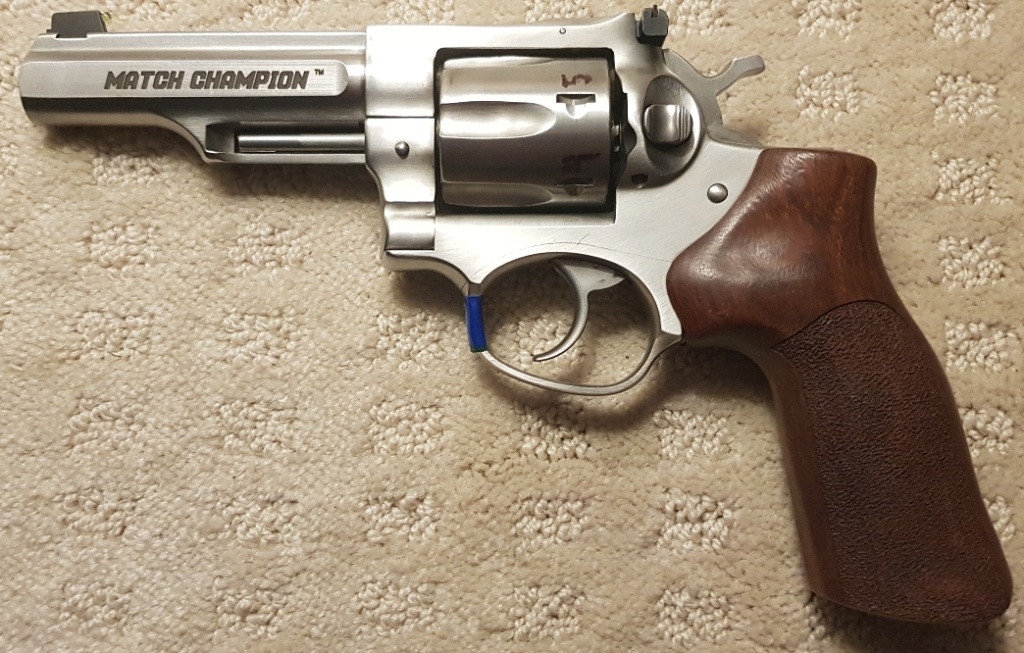 Oh boy... I've been traveling this "DR Load" trail for some time now. I've learned a few things about reloading along the way though that I wouldn't have considered before.

First thing I would consider is this; how often do you shoot this gun? If it's not all too often then you might consider just buying some factory ammunition. Federal American Eagle, Magtech, Atlanta Arms, and probably a couple of other I'm forgetting are good factory loads that are capable of giving you competitive accuracy for the DR matches.

If you're set on reloading then I will tell you that I've tried several "recommended loads" found in these forums. The sad truth is that even if a recommended load works for several people using the same make and model as your firearm, it still doesn't mean that it'll work for you. You've got to simply put in the work and test loads to find out what your gun likes.

I'm currently testing WST powder in my Colt OMM. I've been working with two bullets. The Hornady 158 gr LRN, and my own 158 gr LRN cast bullet using a Lee mold of the tumble lube design/profile. I tried the Hornady first thinking it's a swaged bullet so it should be a consistent bullet in weight and diameter. And I tried the Hornady because I could pick them up locally and don't have to order them in large quantities. I tried powder charges of 3.0 through 3.5 for starters. Horrible results all of it. I was quite disappointed.

So I measured these Hornady bullets and they are not consistent. They measured .356-.360... a swaged bullet! How!?... What ever. My cast bullets measured far more consistently.

Now I should have just tested all those charges again with the new bullet (my Lee cast bullet) but instead I tried to read in to the botched targets a little. I decided on two charges that might be worth testing again without spending time on the the others that I thought probably wouldn't work. These two charges were 3.2 and 3.5. Success! 3.2 didn't group very well but it was better than before. and 3.5! Well.. I'll attach a picture but I've got 10 out of 12 shots in a sub 10 ring sized group. So just to cover my bases I'm going to try 3.4 through 3.7 to make sure I'm not missing out on anything.

When I've finally narrowed down the charge, I'll be looking to another thought. I'm using Winchester brass. It's all been loaded and fired multiple times. The lengths of these pieces of brass are all mixed. Does that matter? Different length will mean different crimp so.. I don't know.. but when I find my powder charge, I'm going to trim some brass and test to see if the brass length being consistent will make a difference. Then I'm going to invest some time in playing with seat depth and maybe crimp.

Something to understand about my willingness to toy with all this. When I held a different job, I was working nearly seven days a week. I'd have given up when I saw the 3.5 grain load test results and use what I got to compete with. I didn't have the time to do all this. I would have just settled on it, loaded the ammunition and shot. It's a DR match. Theres a lot of people, I'm sure, competing with lesser performing ammunition. That or they don't practice enough with the gun for it all to matter. So what time you might have, might be best on sticking to a load that you might find to be "good enough" and learning to shoot the revolver.

I think right now you're too light in your charge of 2.8 grains of WST. Winchesters website lists 3.3 grains at 707 FPS, and 3.7 grains at 770 FPS... I've seen a lot of better loads being in the neighborhood of 750 FPS +/- .. So you're velocity is way too slow I would imagine. But that's not say a slow load can't work or wouldn't work.. it depends on your gun. That's why we test it all to find out.

For kicks just try 3.5 and see what happens but honestly I would test several different loads.

Here ya go.. micrometer is opened up to 10 ring diameter. 12 shots. 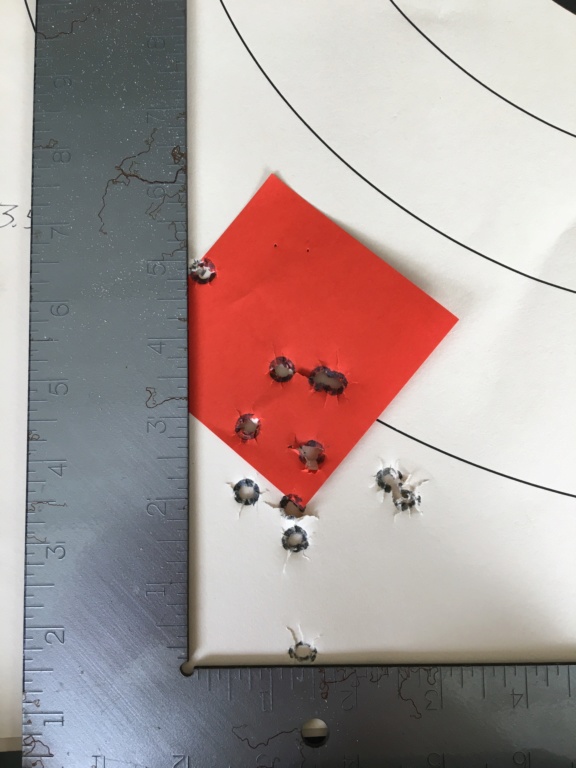 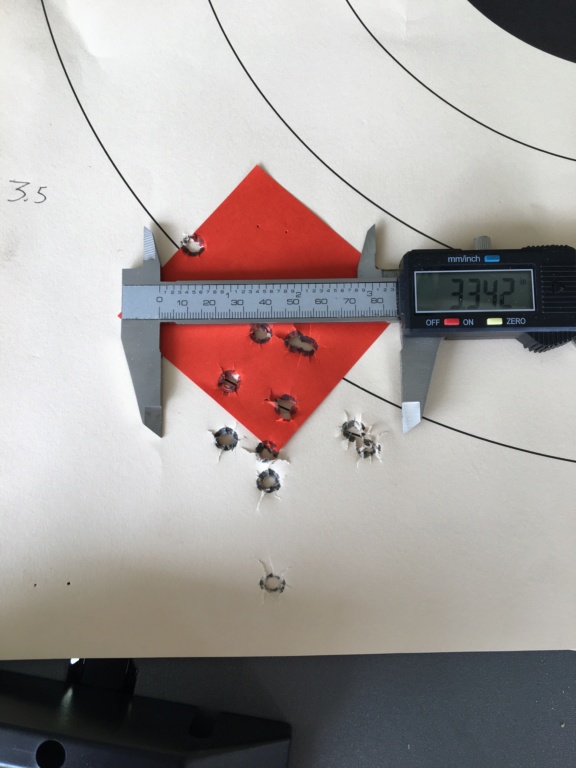