Is the Dan Wesson PM 45 accurate enough for bullseye shooting? I've watched a lot of reviews on youtube but they always test the PM45 on steel plates. Hitting a 12 inch steel plate at 15 yards speaks well of reliability but dosen't tell you much about accuracy at 25 & 50 yards. Has anyone tested this gun and could you post your results? Thanks.

Mine shoots great. I shot it for quite some time with a grip mount and red dot on it then decided to use it for an open sight gun. I did have to replace the barrel bushing. The factory bushing was not a great fit in the slide.

I have a PM-9 and a Valor in 45.
The PM-9 is excellent for a stock gun.  I too replaced the bushing with an EGW angle bore.  I ordered it a little tight and hand fit it.  It will shoot under 2" @ 50 yards with the right loads.

These are being shot with a grip scope mount and from sandbags.

I have since bought a used junk Gold Cup.  I had Doug in install accurails and a Kart Barrel,  It is now my main bullseye gun.

Both are good guns.
David 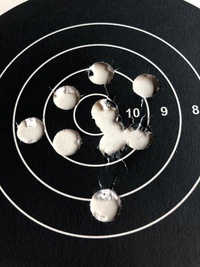 I have an older Gold Cup. About how much does it cost to install accurails and a Kart barrel? An upgrade for the colt may be a good way to go.

http://www.acc-u-rail.com
Pricing info is here. Call and talk to Doug for extras like fitting the barrel.

I also have an older Gold Cup, series 80 (which I have named the Franken-Cup since in my younger days I left it in the hands of a sorely misrepresented “gunsmith”) on a positive note it has properly installed Accu-rails (Kreiger Rails when I had them installed). The slide fit is amazing, smooth as butter. I’ve never regretted having them installed. Happily it is now in the very capable hands of Mr Roddy Toyota, for some proper work and remediation! I look forward to seeing what he can do with it.

I'd like to see that. Does Mr. Toyota have a long wait time?

No, not terrible, not the 1-2 years that seems to be fairly common. He is an artist with the Ruger Mk series, he worked over a stainless MkII I picked up, I would definitely skip the Volquartsen route and just send him any other Ruger Mk that might find it’s way into my safe...

You can't buy many 45's and expect them to be competitive in bullseye out of the box. I started with a Chinese 45 and shot it for a while. If you're just starting out with the sport go with it. Eventually however you'll probably want to be more competitive. You'll have to have it worked over by a smith who has experience in the sport. In any event just have fun with it and don't shoot against anyone but yourself.

I'm not new to bullseye shooting. I shot for several years bc (before children) with a Colt Gold Cup & a Hi Standard Supermatic along with a Walther Gsp & air pistol. I loved it till our local pc government closed our range & ended our club. Moved on to skeet till they closed that range too. Now retired, I want to get back to bullseye despite the travel required. I put a red dot on the High Std. but it has reliability issues. So I bought a Nelson Conversion for the Gold Cup with a matchdot. It works great but now I have no .45 (don't want to switch back and forth). So now the real question: put a red dot on the Gsp and uprade the Gold Cup with a good gunsmith or buy a new .45 shoot it for a while and upgrade later to bullseye standard. With the very limited choices available in California which .45? Hence the question about Dan Wesson. I'd kind of like to leave the Colt alone but depending on cost I'm not sure which way to go. How much does upgrading cost? Buy a new or used Les Baer, Wesson or Springfield? I don't know. Any advice?

The PM 45 I have has ran flawlessly, tight and good trigger.
I put a roll trigger kit in it and had it D&T for rail for dot.
It is a 2” gun at 25.
I moved to a used RRA wad gun before I had it rebarreled.
If it’s available to you and a good used wad gun it not, I’d not hesitate to buy another.
Rebarrel options are available in state once you can out shoot it.

I like it much better than the Range Officers I’ve handled.

It does not matter what gun you have a barrel installed.
The barrel costs about $225, Installation is about the same, give or take a little.

SO if its an old used, or shiny new, it will cost you the same.

I bought a used Stainless Gold cup from this forum.  Its a good thing I wanted to upgrade it, it was a piece of junk.   The barrel that came in it was not what came in the gun. Bushing was not even close and slide fit was terrible.   I had also bought a new Kart NM barrel from this forum for a good price.

This is why some folks recommend an RO.  Buy the gun for not too much and put about the same in it.   In the end  you have a true bullseye gun. 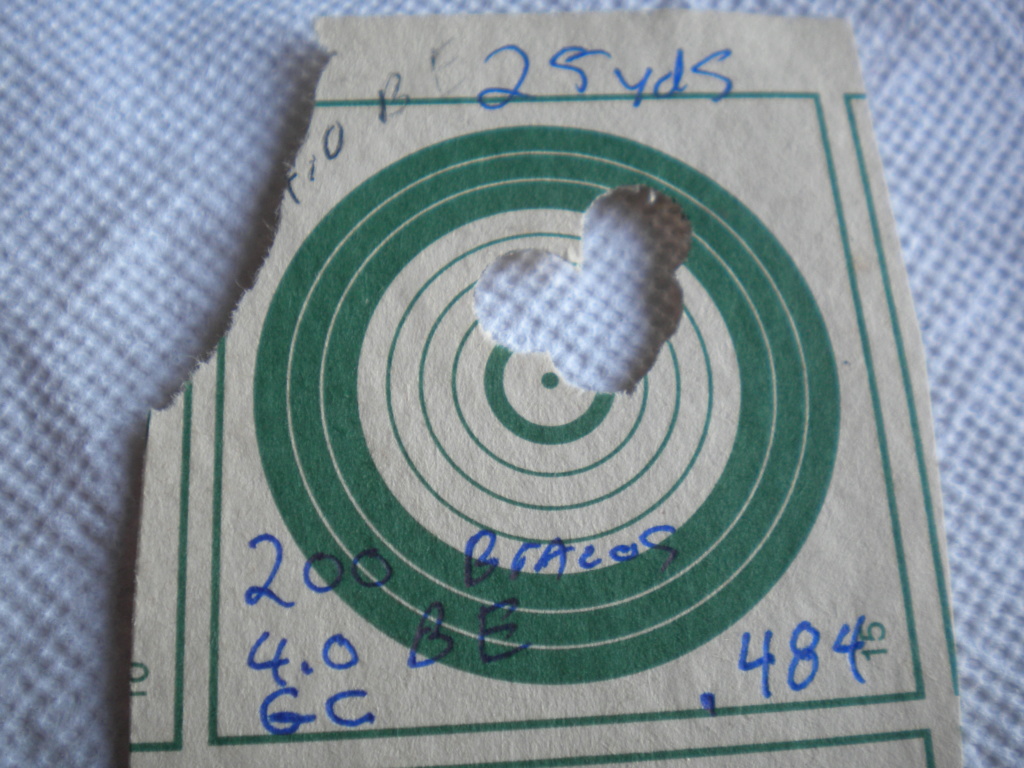 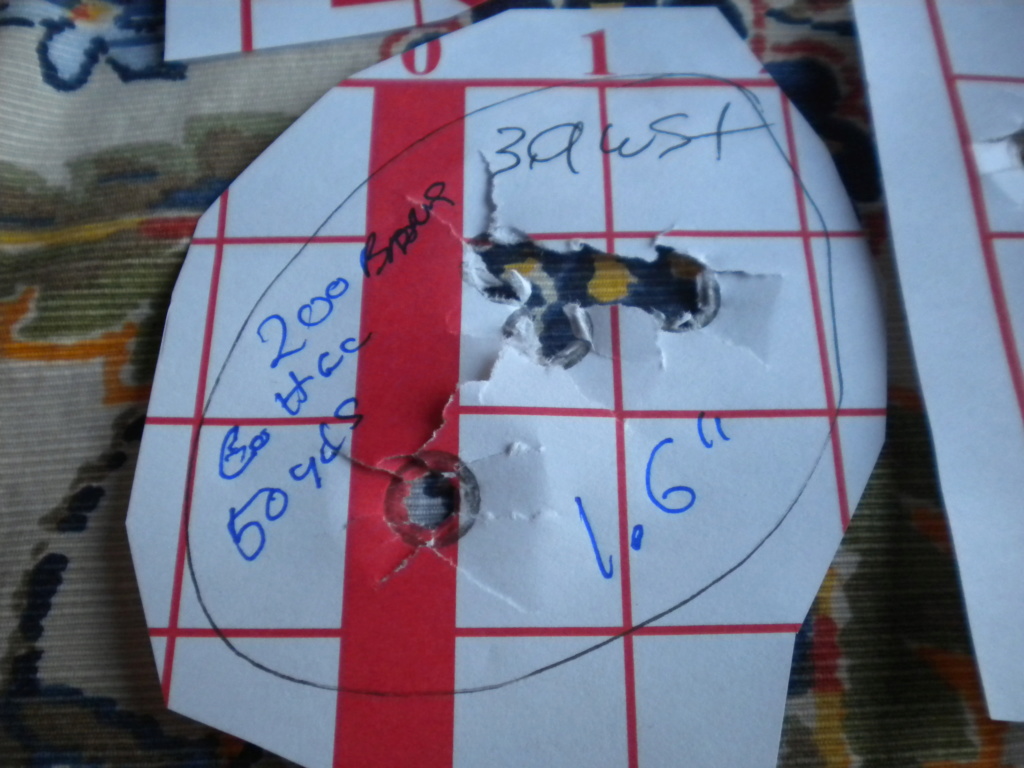 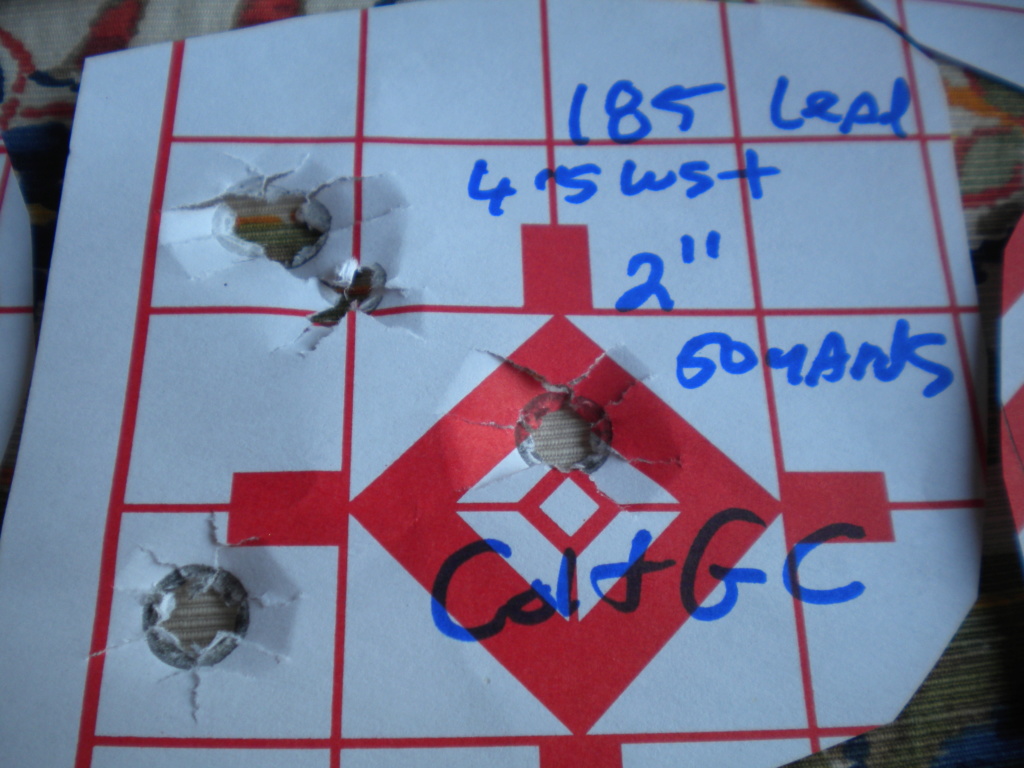 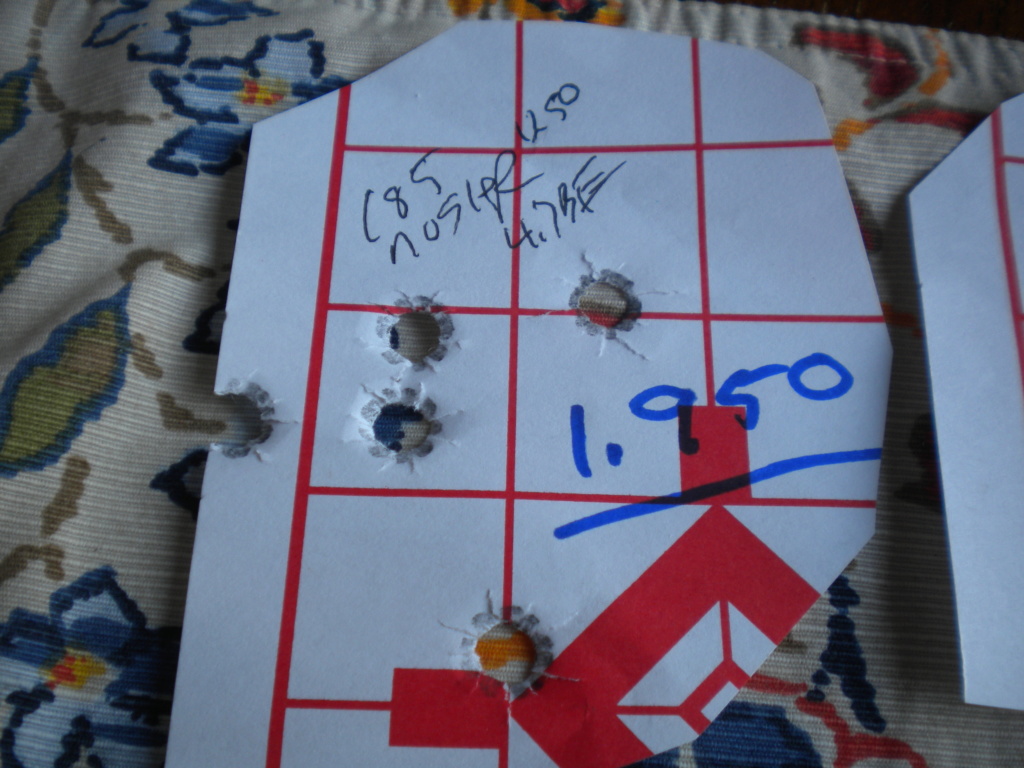 There is a gun currently for sale on this forum that might be CA eligible under the “Curio and Relic exemption”.

It is an older 1961 build Shockey wad gun.  Probably a lot of life left in it too.

Jon Eulette is on this forum and is CA based so perhaps you could message him and ask if it could be transferred.  As I understand it, the C&R exemption is based on age by serial number.  About twice a year CA based pistols show up on this list too.

Does anyone have the contact information for Jon Eulette and Roddy Toyota?

Nopro - I sent a PM with Roddy's info. 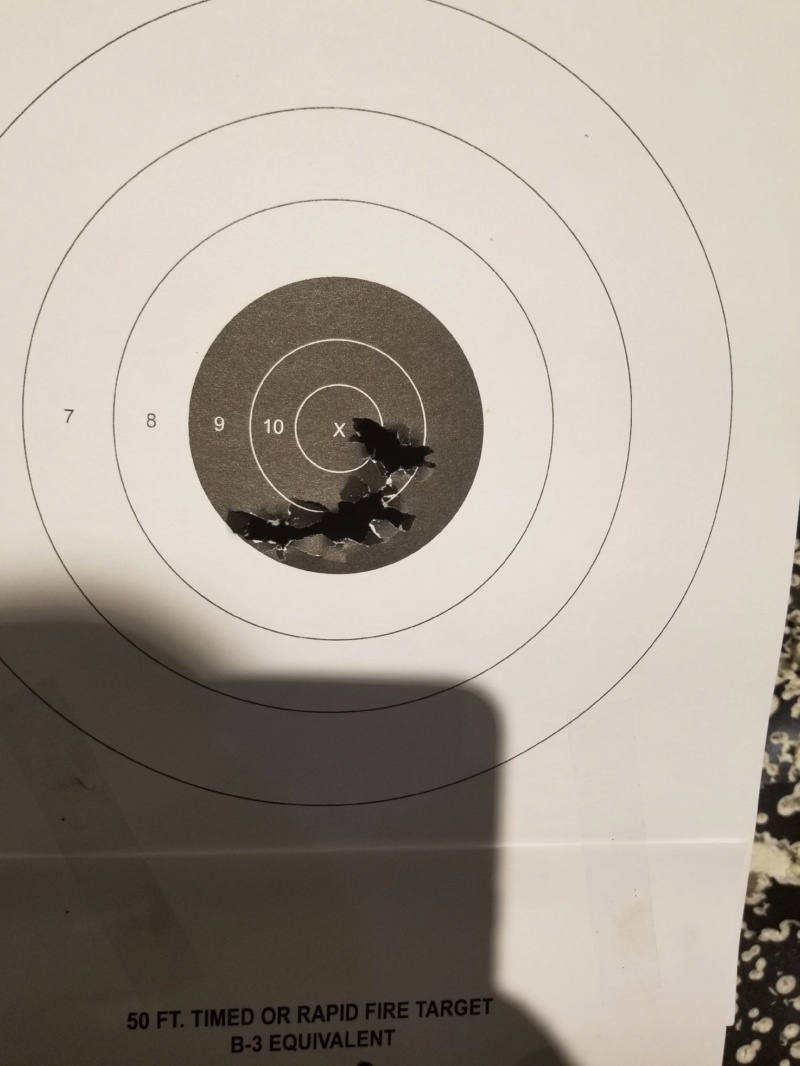 The build quality of the Dan Wesson Pointman 1911 45 is outstanding. Right up there with the higher cost 1911s. The trigger is about 4 1/2 pounds.  The group above (IRON SIGHTS) is the first i shoot with this pistol before adjustments at 50 feet. It will shoot better than i can hold it. .