I have several toolheads for my Dillon XL650, each with it's own powder measure. Some with X-small bar and others with small bar. One with an Arredondo plastic micrometer bar (no problem with that one).

I've loaded a LOT of 45ACP ammo during these past few weeks. I've settled on two favourite recipes :- Brazos 160LSWC over 4.4 N310 and Nosler/Zero 185JHP over 4.6 WST, I've got a dedicated toolhead for each. In retrospect, I was very foolish to load such a large quantity without thoroughly range testing it batch by batch. I've been practising almost exclusively with the 160 load, I'd kinda got a feeling that the recoil was getting stronger, but that was only brought clearly into focus when I tried some of the newly loaded 185. I then shot some of each batch over the chrono. A lot of variation.

I typically check the powder drop several times at the start of each loading session and then again at the end of each batch of bullets or cases and again at the end. I've been seeing very consistent weight. But, clearly shown by the chrono testing, I'm getting significant inconsistency of powder weight. Been trying to figure out what is going on.

I took the measure that is most suspect to pieces. I notice that there is significant "play" in the bar adjuster - about 0.03" or ~1/32". There is a flat washer between the knob and the end of the bar, the play is similar to the thickness of that washer. The amount of free play is almost the same on all of the measures fitted with standard Dillon bars. Should I put a second washer in there to take out the free play? 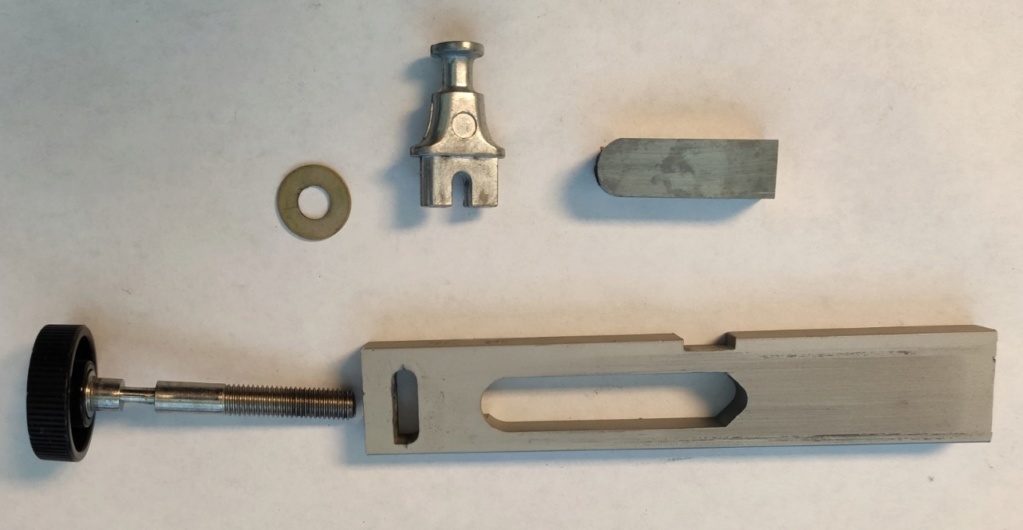 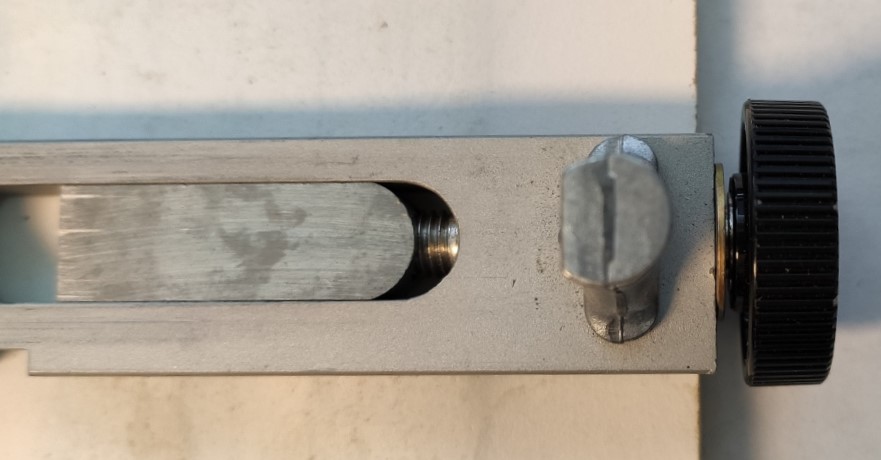 I don't yet know whether this is the primary problem, but I want to minimise any variation that I can.

AShlem. Thank you for posting that link. VERY interesting. I have one of the Arredondo micrometer bars on my 32ACP "long line" tool head - I invested in that cause I believed the advertising and hoped that it would be superior to the standard Dillon x-small bar for the very light charges needed for 32ACP. Hmmm...

I have recently bought a Hornady drum type PM, but have not yet tried or tested it. Preferred over the RCBS drum PM because it can be set up as a case-activated measure on a Dillon press with the addition of a couple of accessories. I will eventually get it set up and will try to do comparative test along the lines of the one in the video - when I get the time and have the will to do it!

But, what that video does demonstrate is that, even using a standard Dillon powder bar, the variation in powder drops is very small and well within acceptable limits for our Bullseye ammunition. (OK, the video has the addition of a micrometer adjuster, but, actually, as long as any slack is taken out of the threaded adjuster, the micrometer should not be a significant factor - The PhotoEscape machined adjusters are also excellent. IMHO).

I'm now more and more suspicious of the accuracy of my Caldwell Chronograph - even though I have seen very low SD's of ~5 when testing some factory Federal GMM ammo. I intend to verify the chrono accuracy when I eventually get access to my 50 yard range and can run everything over a Ransom Rest.

Even if I do determine that I actually am getting velocity SD's of ~20, does that translate into inconsistent groups at 50 yards? Only when the COVID restrictions are fully lifted and I can get free access to the range will I be able to find out for sure.

I have loaded 100,000+ on a Dillon 550 with the stock powder measure, loading first Bullseye powder and later WW231. the Dillon powder measure is very consistent with both those powders. If you are looking at deviation in velocity there are other things that can affect that, as an example I got into Cowboy Action and started loading 38 special with Trail Boss, it metered beautifully but I was getting excessive shot to shot deviation in velocity, I called Hodgdon and they suggested it might be insufficient crimp, I increased my crimp and the problem went away. I'm not saying this is your problem, just be aware there can be different causes than just the powder charge. Loading on my 550 with an unmodified powder measure my match pistol would shoot into 2 inches at 50 yards, so it is capable of making very accurate ammo. BTW I have tried a Hornady powder measure for the calibers I don't load on the Dillon, I was under impressed, IMHO not a very good powder measure. a Redding powder measure took its place and I'm happy with it.

radjag wrote:OK. So, an unbiased opinion please. Which is the absolute best aftermarket upgrade for a Dillon measure?

Swapping it out for a Hornady Case activated powder measure...

The scale from my Auto Trickle system is accurate out to 0.02gr. My Hornady case activated powder measure is dead on most of the time with ball powders.

" just be aware there can be different causes than just the powder charge."

I chronographed loads matching in all ways except powder position in the case when fired.  I think it was 231 in a 38 revolver.  Powder forward vs back was very different.  Then shooting a string normally like a timed fire, the fps were in a range between the all forward and all back results.

Jack H wrote:" just be aware there can be different causes than just the powder charge."

I chronographed loads matching in all ways except powder position in the case when fired.  I think it was 231 in a 38 revolver.  Powder forward vs back was very different.  Then shooting a string normally like a timed fire, the fps were in a range between the all forward and all back results.

That's something I have never tried, unfortunately with my declining health it becomes even more difficult to pursue interesting experiments like that.