I know these were built for wadcutter 38 ammo but can you shoot regular 38s out of it? Any of you guys shoot these guns? Thanks

They won't fit the mags, they're designed for WC only.

The Model 52, 52-1 and 52-2 all fire .38 Special Wad Cutters only and can be finicky as to what WCs they like. Since it is a Rimmed Cartridge much is do to way they load and feed from the magazine, so they have the same issues as the .32 S&W Long WC pistols.

I have a 52-1 and 52-2, the only difference being that the 52-2 has a different extractor that is more robust. The early No Dash 52s do not have the cuts for the slide on barrel weight.

All that being said, if all you want to do is punch paper, I love the model 52.

Single loading, yes. But the gun isn't built for heavier 38s and it will take a beating. Chamber isn't supported so you get a glock smile in the case.

Might consider a lighter swc or RN, say 120-124 seated flush, Fred Monetti style. Have to start at lower charge and do some load development .

I guess knowing which ammunition a gun uses is kind of a Fundamental.

If you love high tech guns, you'll love this one.
Ammo is available (usually).

I tried chambering a single .38SPL semi wadcutter in a 52-2. Not nice!
The slide has to force the bullet into the rifling. Ugly.
Probably the same for a round nose.

CR10X wrote:I guess knowing which ammunition a gun uses is kind of a Fundamental.

Well, it often isn't that simple.  A SW 52 will chamber and fire the 38 Short Colt, as will 38Spl /357 pistols - it is the same dimensions, but, well, it is short.  It is of potential interest since it would allow bullets potentially more accurate than the Full WC to be used, such as SWC's, jacketed XTP's, etc.  I tried awhile back to work up loads that might safely fire, that is, with a recoil impulse similar to a 148 gr at 710 fps, but shelved the project when more important things arose.  Anyone try to get an accurate, slow 9mm? - because that is what we're talking about.  There are other issues, like bullet jump, but it might be fun.  Let us know if you try!

I am crazy/bored enough to try. I should put that in the past tense. I gave it a true attempt. I got the 52 to cycle. I found a bullet that fit my needs (Penn 115gr SWC). I tried multiple loads. The targets are here somewhere. I even found safe loads for cases that length. I couldn't find any load that would group. They were literally all over the place. I gave up and threw the cases away. 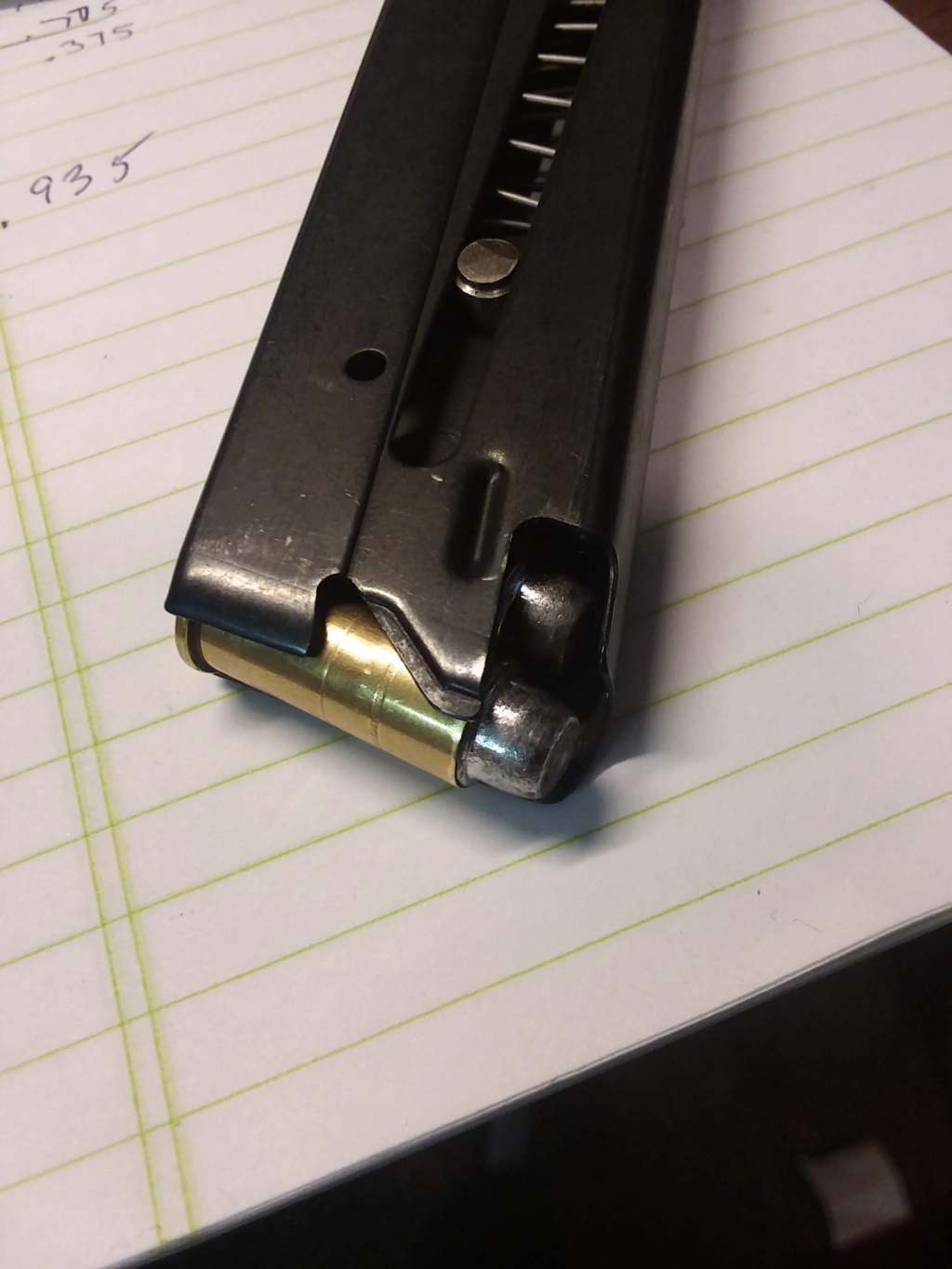 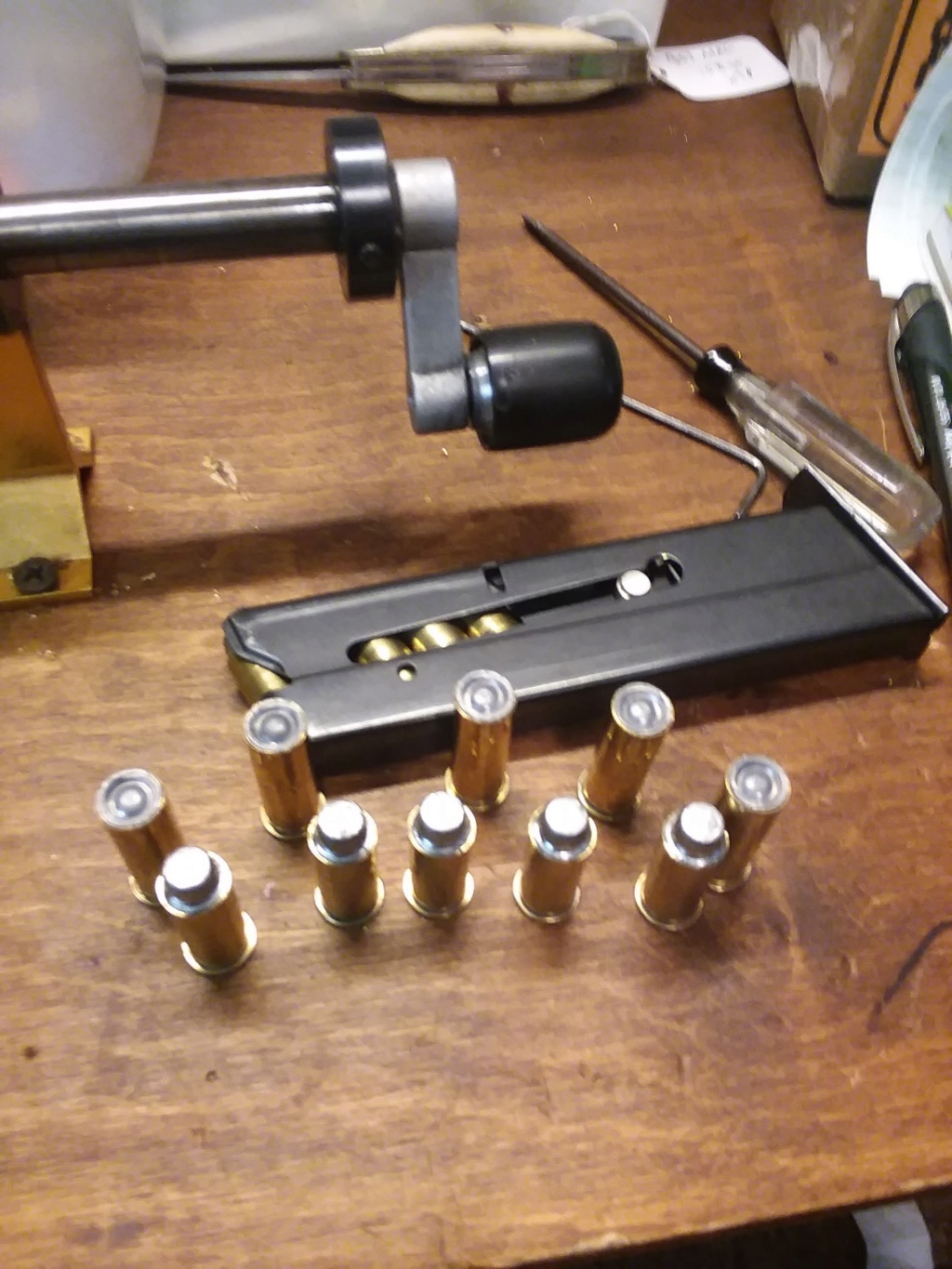 Like i said, knowing which ammo your gun uses can probably be considered a Fundamental. Not knowing or trying something else may need to be posted in a new topic called Distractions?

Inquisitive minds drive invention............, very often paying very high price for it.  Wuhan Covid 19 is one of the examples.  My Super 1050 debacle when I decided to try and see if 45 ACP case can be loaded using M size case loader is another, albeit in much smaller scale, - I blew up indexing lever because overload protection on Posness / Warren auto drive didn't work.  But all is good, I'm alive.  However my inquisitive mind doesn't go that far as trying ammo that is not suited for stated on the pistol caliber.  To be totally honest, I had once try by accident shooting 38 Super round out of 10mm barrel.  The case has permanent spot on my desk, and is constant reminder that inquisitivity has its limits.  AP 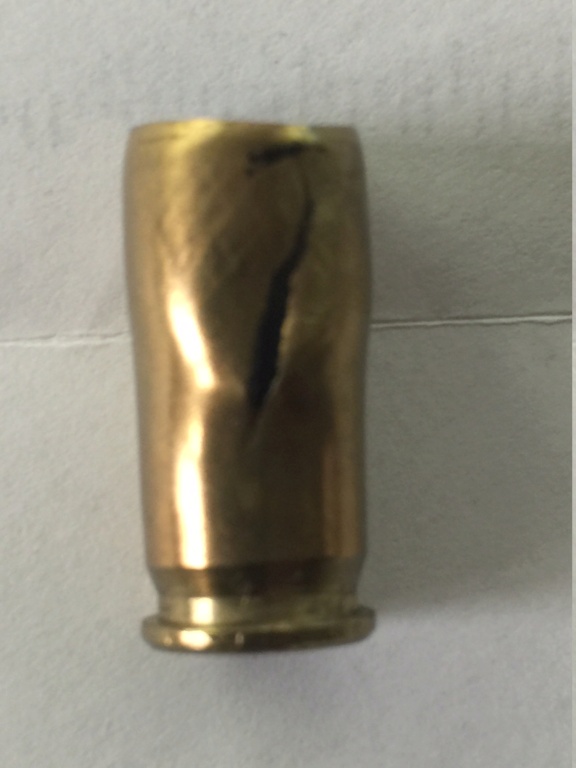 ...... and a lot of .40 S&W guns will have an extractor that will hold a 9mm case enough so the cartridge will fire.  Not much in the accuracy or reliability department though and the cases are NOT reloadable.

See it several times at a local indoor range.

.223/5.56 and .300 Blackout interchangeability makes me nervous. I just missed being around someone doing that a few weeks ago at a local indoor range. The range staff spotted it before the trigger could be pulled.

My brother in law once complained that my 7-tcu Contender was a piece of excrement for accuracy.  The loads he tried were for my XP-100 so I made him buy me some more good .223 brass.