I have a 35M that I purchased a while ago for backup and spares. I got most of my spares from other sources. The gun came with horrible chunks of wood grips.

$680.00 includes shipping CONUS with the box, no key (didn't come with it but I believe they are all the same).


Now back to the story:
I made new ones from Russian Blanks pictures below. The gun has all the sights front and back and brushes and tools. In my opinion the quality of the brushes are poor (threads need work and such). The grips had to be modified a bit to fit the frame. As I understand that can be normal for this gun. The important aspects are the internal workings not the externals. For elegant you have Pardini, Hammerli, Morini and others.

It shoots well and the grips fit me since I cut them. I have a medium fat palm with short fingers.

What I'm stating is it's a good gun, with a few extras; remade grips and the standard TOZ box.


It shoots well. I've run Lapua, ELEY, and other ammo through it. They all seem to work. The Lapua Midas+ and CenterX better. Both my Toz-35Ms are quirky so I don't know “the what if” difference.

$680.00 includes shipping CONUS with the box, no key (didn't come with it but I believe they are all the same).


recommended insurance. That's on your dime. 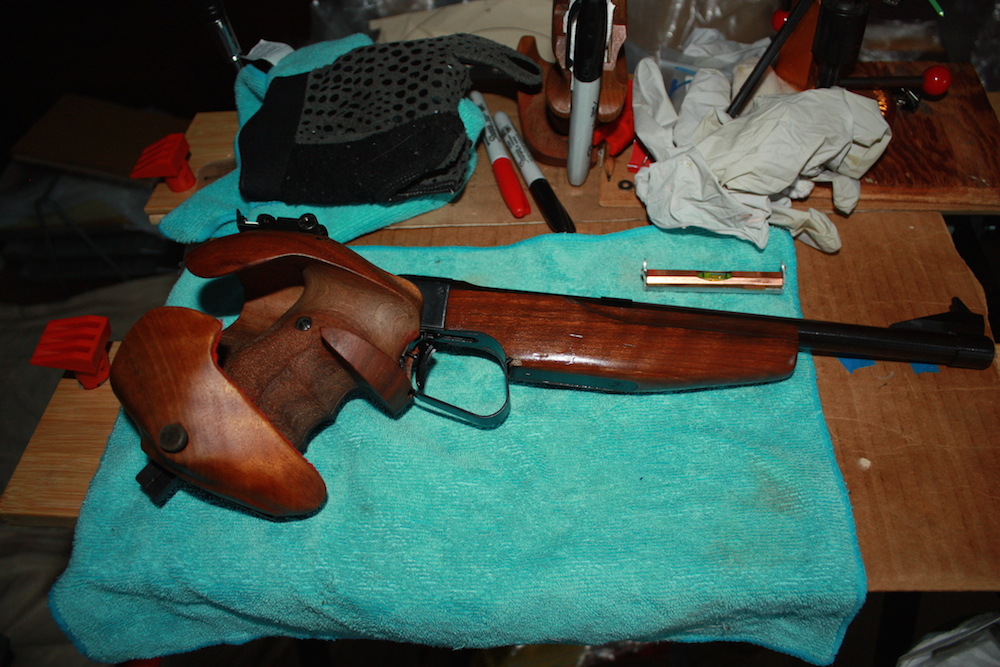 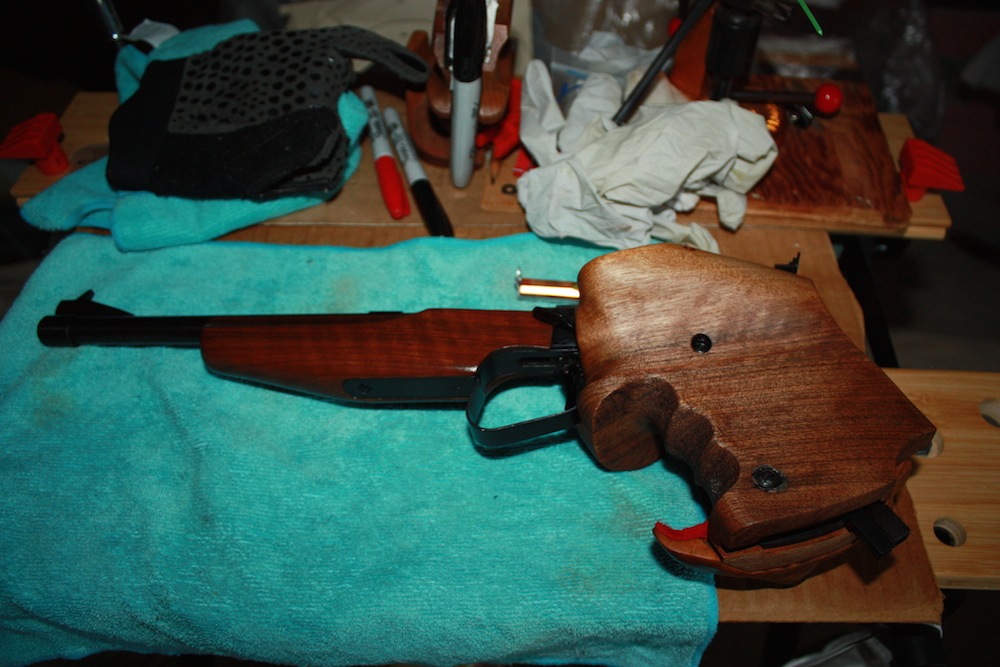 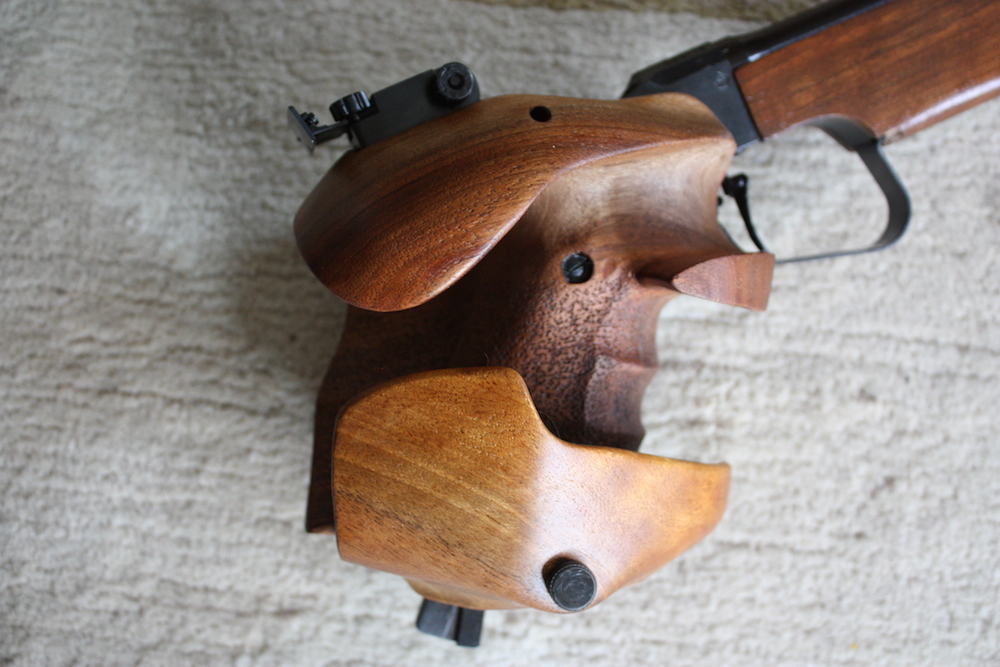 You have no imagination.

This is what I get for being a nice guy. I gave someone who seemed down and out some money for food and the like. He granted me three witches. Damn, now I’m pronouncing it like he did.

I burst out laughing. “Three witches, that’s a new one. What would I do with three witches?”

“Listen Mister, whatever your name is,” I answered. “You don’t have to grant me anything. You looked like you needed a few bucks. It’s no big deal.”
“Crazy bugger.”

I played the game. Guess what? I got two that worked out okay; this third one, teleportation, I never contemplated the consequences. The government wants me for a science experiment. They’re hunting me down.

How was I to know that no matter where I went, or how I got to wherever, there was a disruption, a detectable anomaly, like a submarine under the ocean? Now I’m on the run, a fugitive from science.

When they came to me the first time I wasn’t sure what was going on. Neither were they. They were polite and asked me to come to a lab in California.

As I mentioned, they were nice enough, that is until I said I wanted to leave. They drugged me and assumed that would hold me. That’s when I found out that all I had to do was mentally wish. Up until that point I spoke my wish aloud, albeit quietly.

I got out of there by the skin of my teeth after hearing a doctor mention brain surgery. I was not going to be someone’s lab rat. I know that they know, and they know that I know they know.

Santa Fe was nice for a week until I saw the unmarked military freighter land at the airport and taxi to a remote location. It’s a small airport. I know a C130 when I see one. Three Tahoes rolled off. It was time to go.

I wondered where was the safest place to hide? Why not the Space Station? Those guys wouldn’t say squat. They would get grounded for life if they ever said there was an alien on board. Alien, that’s what they called me.

Two days later I overheard Vandenberg telling the captain that a military bird would be launched from the deep space flight center.

It was back to earth. I felt like a criminal. I’m glad I asked for language fluency in all languages. I can be anywhere and converse like a native. I went to New Jersey.

I discovered by conducting a number of searches on Google that biometric observation was more insidious than imagined. Retinal imaging combined with facial recognition was pervasive. Many of the large malls had them installed. They were tied into police HQ, they were tied into the FBI and other agencies. The transponders in all vehicles could be used as a tracking device. Sure the GPS and cell phones were also dead giveaways, but most people had no idea about these other technologies.

BTW using certain key word searches were also beacons that were passed on to these agencies. That I guessed. I made my searches in different parts of the country never staying in one place too long or returning.

I will admit I had to steal food, clothing and some money from a bank. But I did it after hours and never took more than I needed. It was a lonely life. I couldn’t endanger anyone else. That was my reward for being a nice guy.

Currently I’m in a Tibetan monastery in the mountains of New York. The monks there take care of me and I cook and clean for them. I spoke to the head monk. I explained the situation to him. He just smiled as if he knew what I was talking about. I know it can’t last but for now it gives me a breather. I can contemplate what and to where my next move should be. One more body in a temple is not a giveaway. But I didn’t want to endanger my host either.

Over the few months I was there, one female monk, Shree, became my close friend. She had no idea of my situation. One day she asked me why I was there. She said, “You’re on the run. You’re not a criminal. That I can tell. Besides, the master would never harbor a criminal. What’s your story?”

I told her the whole thing. She laughed.

“I’m not making it up,” I said as we walked along the inner border of the temple. She was beautiful even bald. She radiated something.

“Why stay in this existence,” she asked?

“Think about it. You’ve been sitting in on the lectures. You appear to have a deeper
grasp of the truth than most.” She stopped and looked around. “I have to go. I’ll see you soon.”

She left me there wondering what that was all about. I was about to go chasing after her. I heard the sound of rotary wing aircraft. They never flew here. I guessed someone had tipped my hand, possibly a jealous monk? We’re all human after all, no matter how hard we strive.

This existence? I wondered. Then it hit me. “I wish I could be 1 hour in the future.”

The temple was still there. I guessed that wasn’t going to work, damn.

She came back from the direction she had departed. She was smiling.

“I see you understood my words.”

“What are you talking about? I’m still here, and....” I pointed to the temple and the monastery.

“Yes you are, and an interesting set of witches” said a familiar voice voice.

There was no sound of helicopters.

"If you're imagining it, then you are still setting limitations."