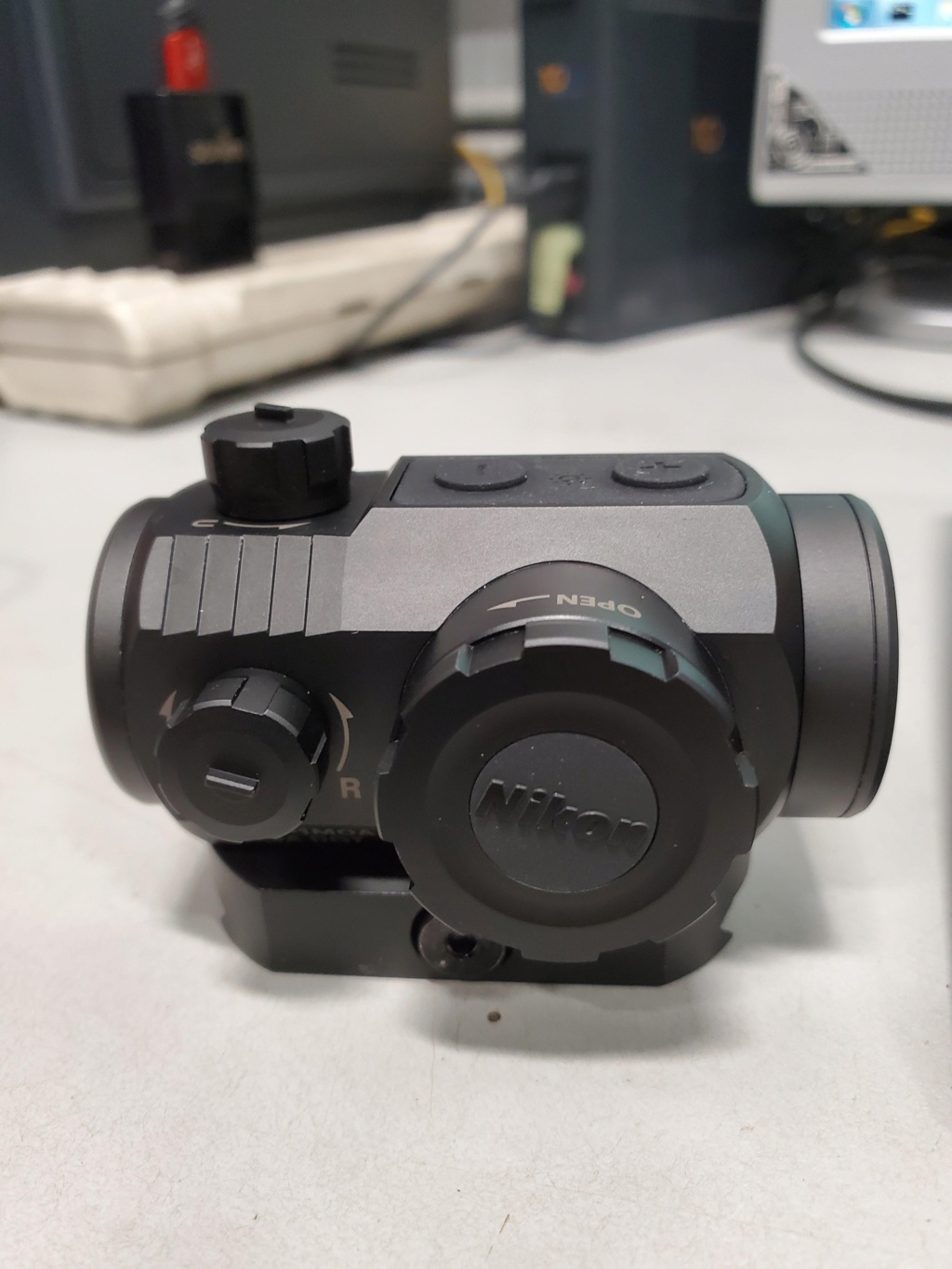 Has anyone used the Nikon superdot? I was getting ready to order another aimpont micro and found this one. Im not crazy about the brightness adjustment, but time will tell. I know most of these dot are all made in the same Chinese factory but Nikon has a outstanding name. There is no noticeable image reduction like many of the ultra dots have.

How much was it?

$170 on amazon. And I think it uses the Aimpoint mounting configuration. I will see if it mounts correctly to my Kodiak machine base when i get home from work tonight.

Please check how bright it is in sunlight.  I have two red dot sights that are "similar" to an Aimpoint micro, but they're useless for me in bright sunlight.  I should put them up for sale in the commercial forum.

It doesn't look like it will fit on a Kodiak machine base - the one I found mounts directly on a rail.  Maybe there are different models available.

That's the correct link. The base does come off. There are several mounting heights included. 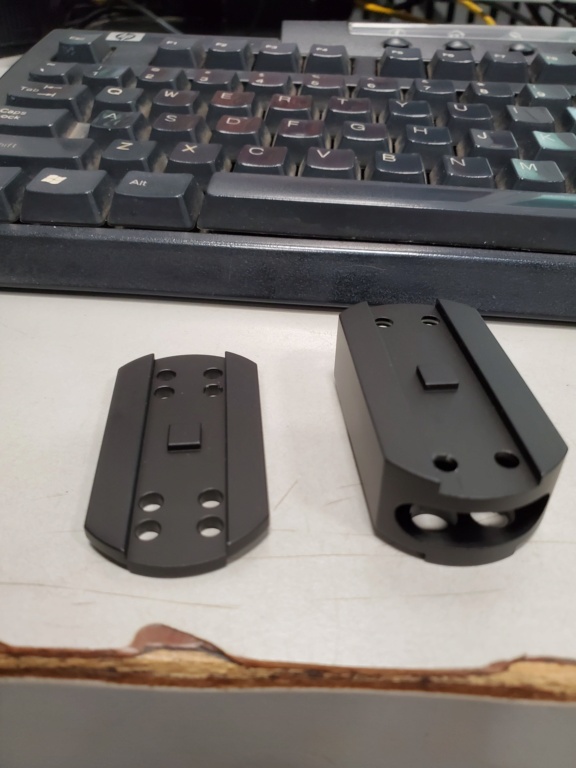 Did it mount to the Kodiak?

I work afternoons, won't find out till 11:30ish. The dot seem to get very bright but im inside.

No dice. The bolt hole pattern is different. The Nikon mount looks pretty good, and has a good range of height adjustment.

Warning Will Robinson... I have 3 of them or maybe 4. I love the dot but the bolt is oversized. It will not fit on any Weaver rails and won't fit on all Picitinny. It works great on Clark rails. It actually looks like it fits on all my Picitinny but a real close inspection will reveal that although the cross slot is wide enough they are not quite deep enough and the dot can rock back and forth. A 3/16 round file and 30 sec of work will make it stay in place. i am talking about the dot shown below. 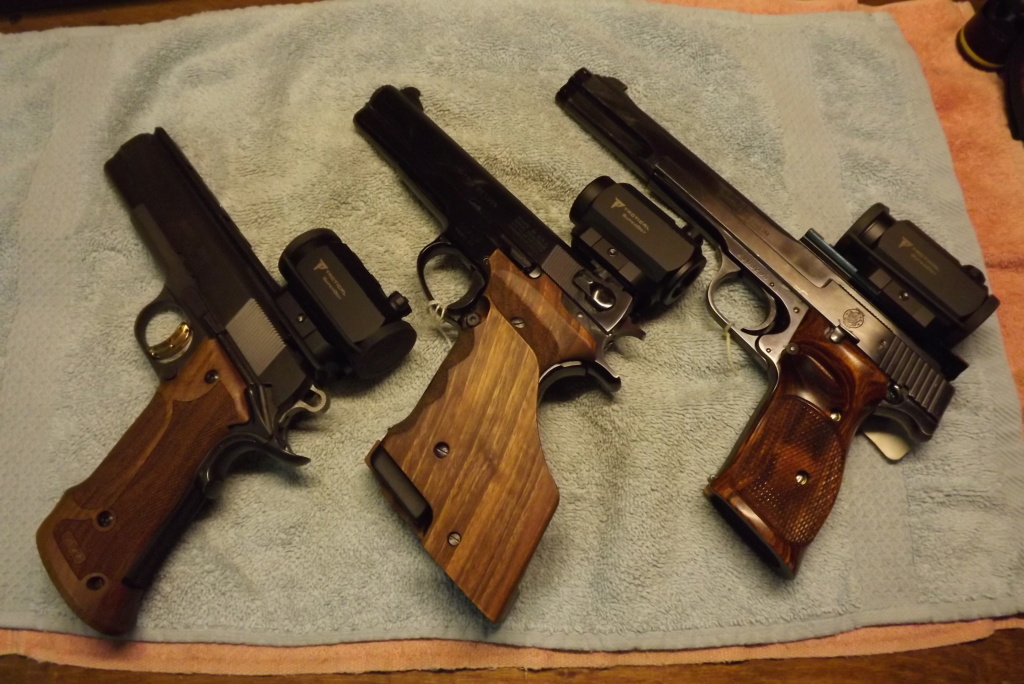 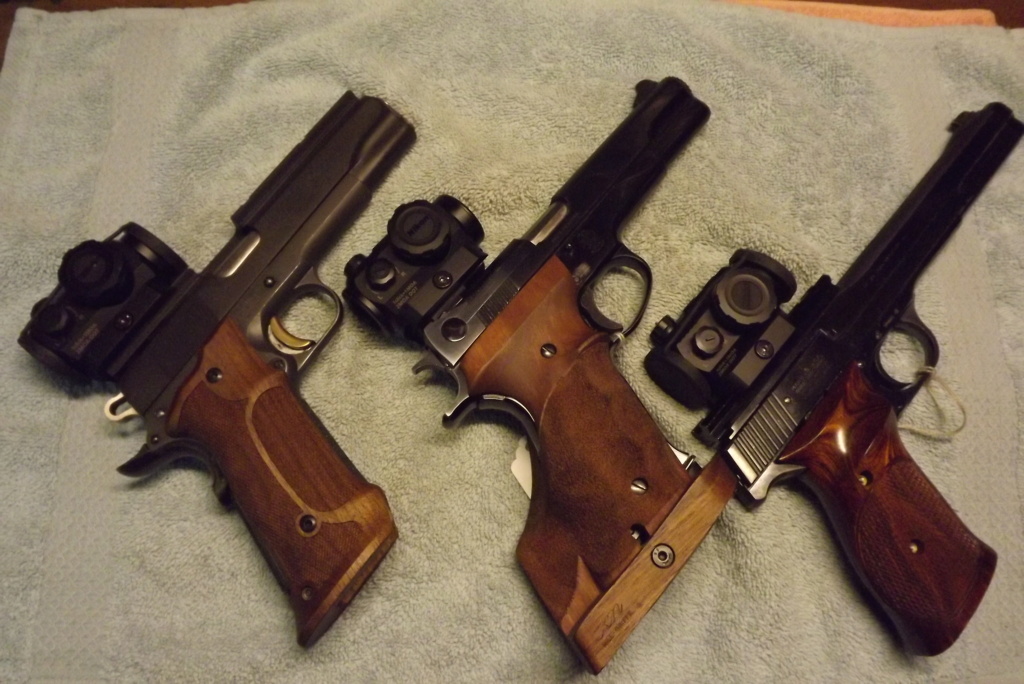 It did not fit Holosun, Sig, Vortex and a couple other mounts I had laying around. If I could of swapped them I would have rather than take out the file.

Then they missed the boat!!!

Used mine last weekend. Worked great, no issues with brightness. I will add sun shades this week. 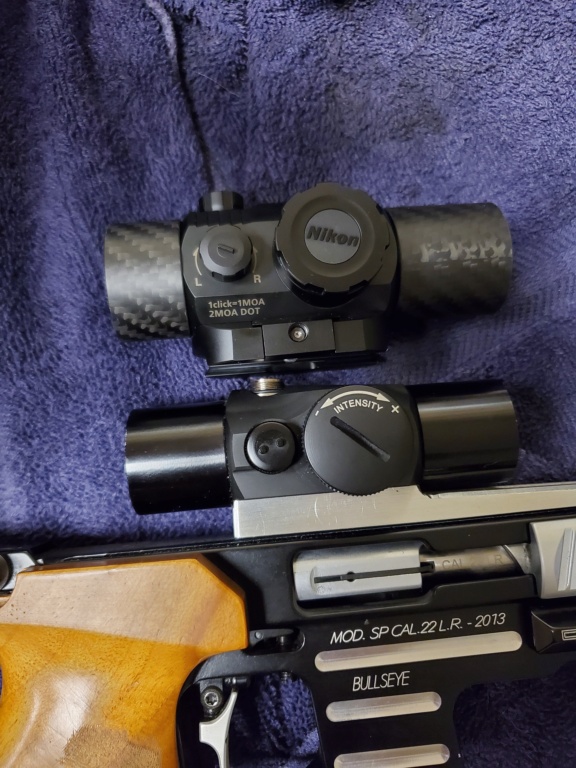 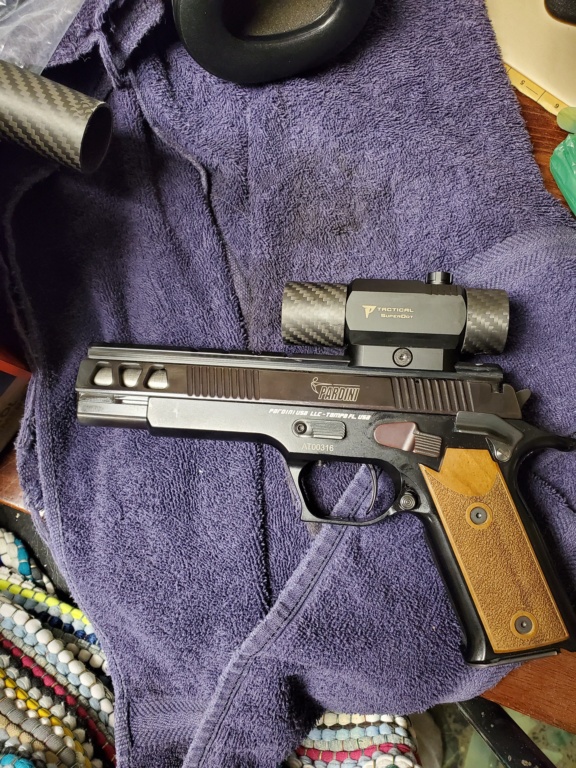 What's the tube you used and where can you get it?
Thanks in Advance,
Joel

What are the thoughts on the Vortex Crossfire II?

I can do that. I might even have some, but I have to find it. Easier to just buy some.
Joel

Shot it today in a 2700. It works great. Time will tell about its durability but i would defiantly buy another.

The weight of the Nikon sight is given at 4.2 oz.  Is this complete with the mounting hardware?

It sounds like an excellent alternative to the Aimpoint Micro sights.

Has anyone here tried both this Nikon sight and the one inch Matchdot (Ultradot), and if so, how did you think they compared with each other?

Mike, I am not sure they make a 1" matchdot. I have a 30mm matchdot 'll mounted on my model 25-2. It is certainly heavier and I believe the Nikon has a rounder dot. However I would never want to swap it out. The Ultradot is perfect for a pistol/revolver that requires large elevation changes between short and long line (8 clicks). The exposed and marked turret on the Ultradot works great.

Just my opinion but the Nikon is better than any ultra dot I have. I shot the Nikon  back to back with my aimpoint h1 and I feel like the Nikons optics were better. Maybe its because of the larger objective window allows more light to enter?

LenV wrote:Mike, I am not sure they make a 1" matchdot. I have a 30mm matchdot 'll mounted on my model 25-2. It is certainly heavier and I believe the Nikon has a rounder dot. However I would never want to swap it out. The Ultradot is perfect for a pistol/revolver that requires large elevation changes between short and long line (8 clicks). The exposed and marked turret on the Ultradot works great.

Len, sorry, I get "Matchdot" and "Ultradot" mixed sometimes.  The sight is an "Ultradot UD25 GEN2".  I'm pretty sure you're one of the people who suggested I use it, rather than the "Matchdot II" 30mm sight.

I think they're made out of "unobtanium", as they're so difficult to find, at least for me.

Some of the other sights have a wider field of view, which I thought was going to make sighting more difficult, but things didn't work out that way. 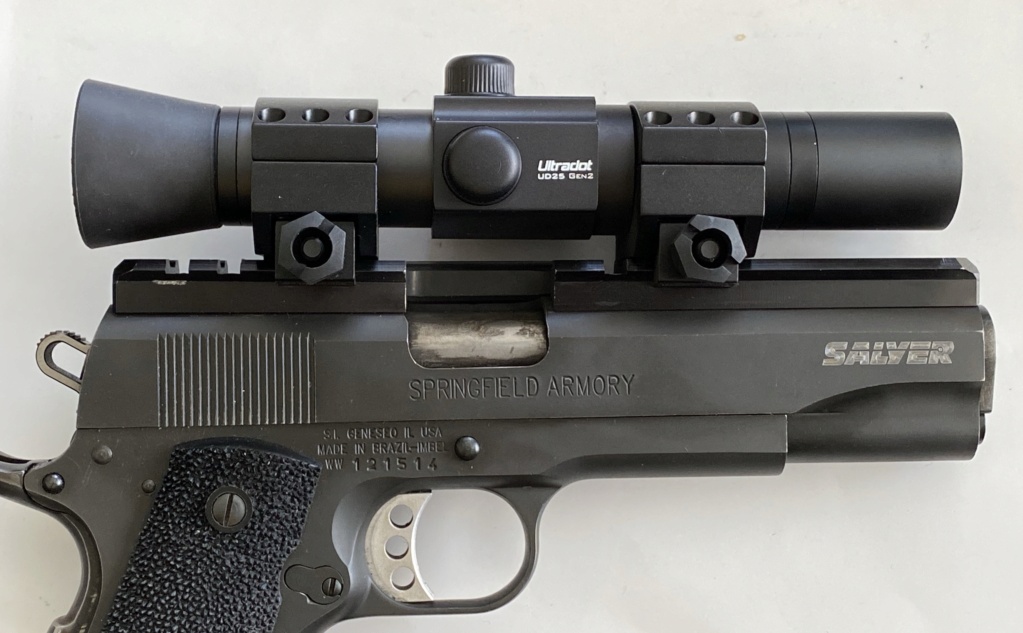 The mounts in the photo are the lowest mounts I looked at on Optics Planet.
I suspect if I was buying another Aimpoint, I would strongly consider the Nikon.  Very strongly.  It's not so expensive that I can't just order one from Amazon today.
Still, what I think I remember you saying about the Ultradot was part of the reason I wanted one......