Well it’s a brand new week. Here’s mine. The good, the bad, and the ugly!

After a great slow fire the wheels just fell off!
JKR


Slow Fire:  I also shot at three B-16 targets with my High Standard, and one B-16 with my wad gun.  Those are the lower three photos.  I haven't scored them yet.  The first two with the High Standard were "aimed" at the X.  Then I came to my senses, and shot the third, and also the 45 targets, using Dave Salyer's Area Aiming instructions.  Big difference! 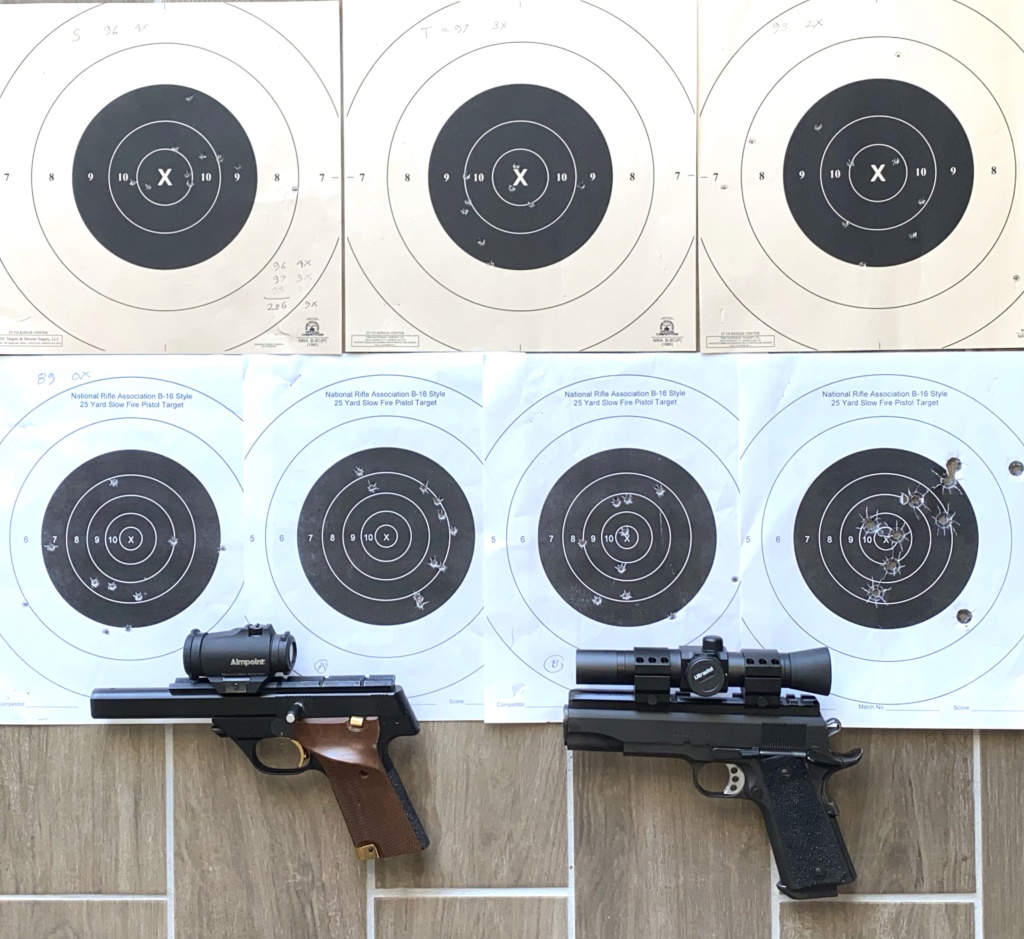 [quote defaultattr=""]    (doesn't count, as the slow fire target was B-8.
I also shot the B-16 three times, and once more with my wad gun.)[/quote]
I gotta ask, why’d you shoot the SF with a B8 and use that as your NMC score and then shot on the proper B16 target. Seems like you’re doing yourself a disservice.

Tony and I want to do one round of 22, then one round of center fire, and the targets I posted here from now on will be the B-16, which I've been told is the proper target.  For today, Tony shot his Model 52, but I shot my 45.

Meanwhile, Dave is going to look at the B-16 targets, and ask why I obviously shot "point aiming", rather than "area aiming" as in the third target.  I was curious, and got the results I expected.  The top three targets that I added up were all area-aiming.

Shooting with area aiming, you get a cluster of holes.
Shooting at the bullseye gets you a donut.
At least for me - and Dave has proved it many times.  He knows instantly which way I shot.


As to doing myself a disservice, my goal is to shoot with some new ideas I got from watching the Master's video.  I went home with a smile on my face.  I want to watch that video again from beginning to end, and make more notes.

Wasn’t meant with ill intent, just can’t know your true potential in a match if you aren’t using proper targets. If your buddy doesn’t like the B16 you can place it behind your B8 possibly on the SF string to get a better idea.

No, I never thought of "ill intent", or anything similar.

I know the scores are important as it's a match, a competition, but to be honest, I know instantly if I'm pleased or not just by looking at the group.  It should be tighter than it is now, but I can see the potential.

It sounds silly, but I think it's easier for me to shoot well with the 45 than the 22.  I would have thought the opposite would be true. 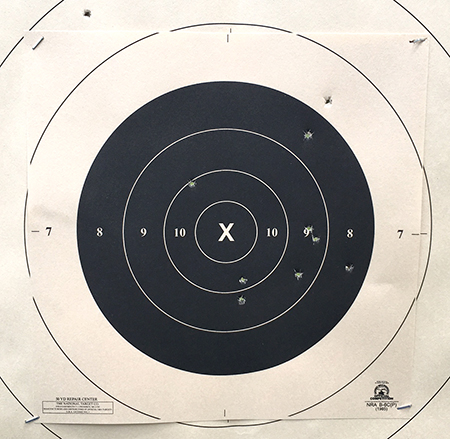 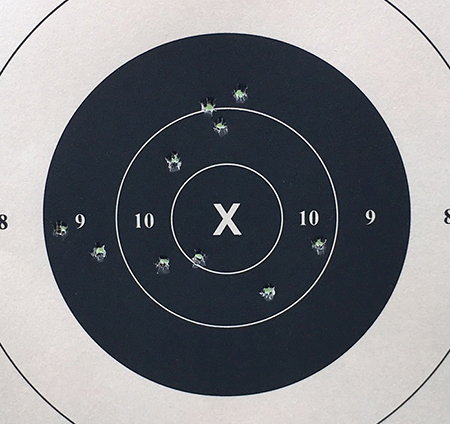 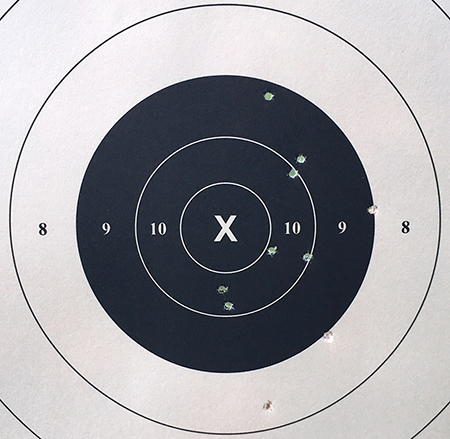 Thanks, JKR. I was quite rushed due to an approaching thunderstorm. I did more driving than shooting that day. Never had time for centerfire.

I had a few surprising 50 yd practice targets from Sunday including this 89 with the Xesse and CCI SV. This is just a great 50 yd score for me as I am usually low to mid 80s. This older (dark blue box) CCI just shot extremely nice at 50 out of that particular pistol. Man, if I could pull off shooting an 89 in slow fire in an EIC match, I'd feel "ten feet tall and bulletproof" going into timed. 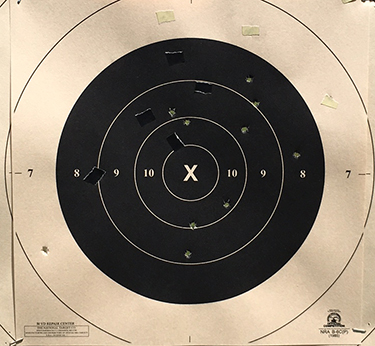 I look at your targets, and find it's interesting that you shoot Timed Fire better than Slow Fire,  and you shoot just as nicely in Rapid.  I wish I could do that!   Nice!!!

JKR, not sure whether you are a revolver shooter? I have several, but don't shoot any of them very well. My fingers are too short to comfortably thumb the hammer, so I typically shoot DA for both TF and RF.

But - I'm working on it! Today I needed to test some long line ammo I've just loaded and produced a decent result - by my standards!