I was eccentric, but got some therapy and now I'm good

I got a new XL650 about one year ago direct from Dillon. I then proceeded to acquire all of the custom add-ons, extra tool-heads, etc., etc. But I was never able to produce really good looking ammo and struggled to achieve the level of consistency and accuracy that I expected. I found that almost all of my reloads had a noticeable bulge in the brass on one side only. Folks here in Oregon told me that "Dillon's don't produce good ammo" or "you need to improve your technique" and similar less than useful comments. When I was on my Ohio Swing I showed some of my reloads to a few folks. Alex (Photoescape) immediately told me that I needed to check the alignment of my press using one of these:-

). It comes with very detailed instructions which I followed carefully - requires a lot of dis-assembly. My press was significantly out of alignment.

Very long call to Dillon Tech Support with me answering questions and doing further checks to the instructions of the techie. He talked about "tolerance stacks" and made a lot of excuses - then put me on hold whilst he discussed with their repair shop. It seems that in 2019 they had some "out of spec" platforms and I must have got one. Promised to immediately mail a new one to me free of charge. 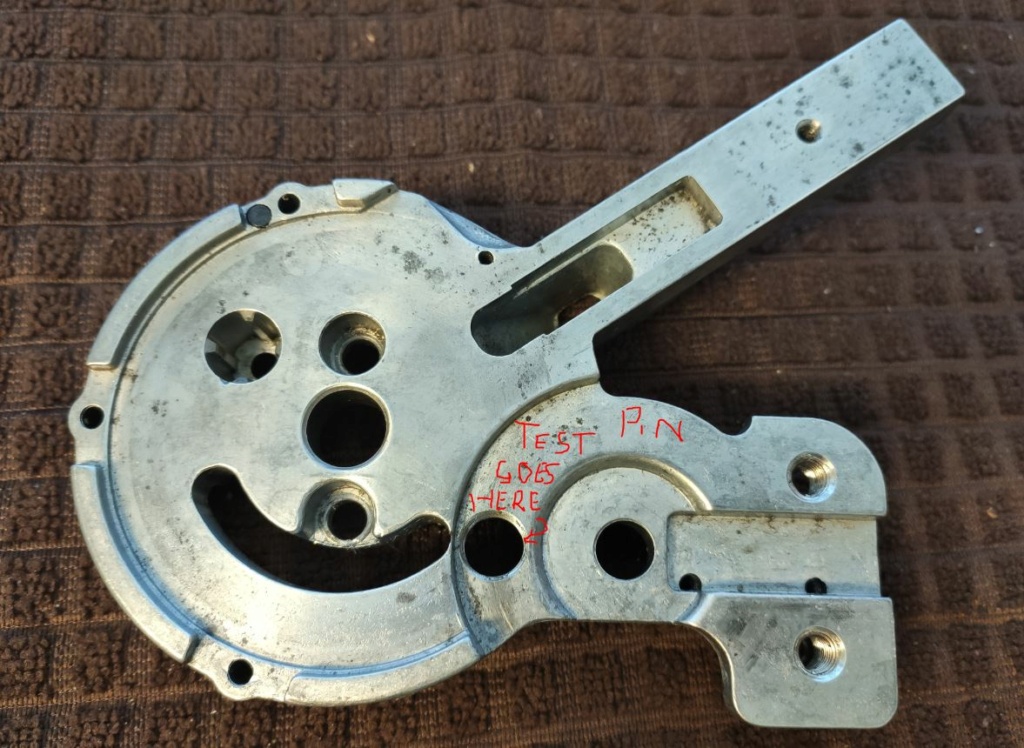 I estimate that my old platform was at least 0.025" out of spec. Does not sound much, but more than enough to create a problem.

The new one did not get shipped as promised, then after several unanswered emails and two more lengthy phone-calls, eventually it arrived. The new platform was not perfect - took a lot of jiggling and tighten/undo the bolts that retain the platform on the ram, but eventually I got it so that the pin would clear the hole without catching. Put everything back together and - perfectly round ammo - Yay!

I have no evidence, but I suspect that "some" out-of spec platforms might well actually mean ALL of the platforms installed in end 2018, early 2019 XL650's. I guess that almost all "run & gun" and other bulk ammo shooters probably don't know or care about a little eccentricity. Dillon phased out the XL650 just after I bought mine and replaced it with the XL750. Grrr...

Anyhow. I now have a Dillon XL650 that runs smoothly and I am relatively happy. The Dillon case feeder still chokes on 32ACP brass (but I am going to use another press for that caliber soon), but for 45ACP it can churn out decent ammo at a good rate. OK.

Let's bring our toys out to playground and play together!

Just don't let my wife know that I played with her toys!  On a flips side, I learned that I can touch BUT NOT to alter, so I didn't..... this time! 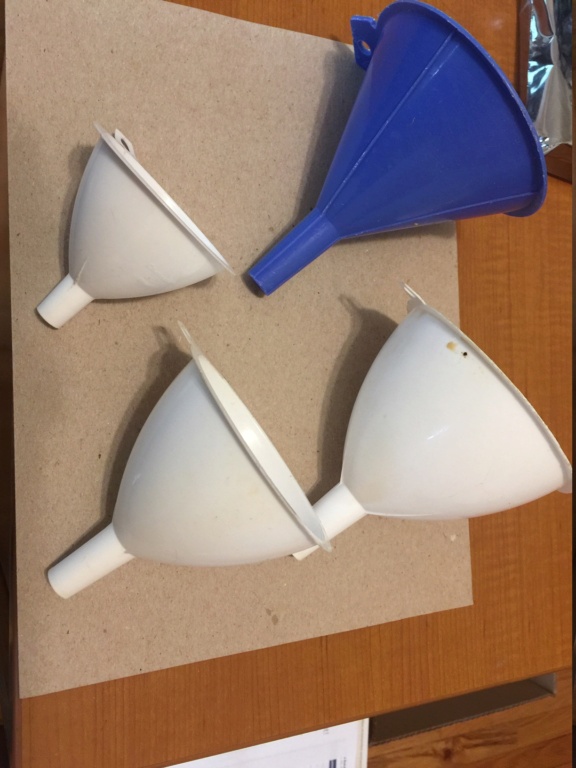 2nd smallest one, ALTERED by cutting to size and fit to Dillon's receptacle on top, will do the job, I believe!
AP

Well, Alex, what a clever fellow you are! (But I already knew that!).

I removed the Deflector Block completely and ran 200 pieces of 32ACP brass through the feeder - not a single jam at the feeder plate - Yay! Excellent.

Then I took a closer look at the bottom of the funnel where the micro switch arm is located. The problem is at the interface of the Dillon funnel bottom (outlet) and the top of the drop tube. I have tried several different drop tubes with 45ACP and found a thicker one that worked most of the time. Then I got one of these, don't recall from where: 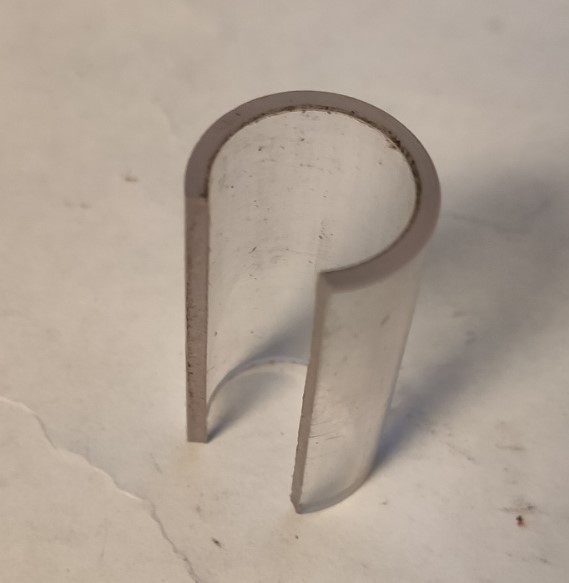 Just a short length of thick walled acrylic tube slotted lengthwise. It "snaps" over normal size tube and helps to center the drop tube in the spring clip below the funnel.

I then belled out the end of the drop tube I'm using. As I did that it actually got soft and expanded to create a funnel shape with the OD matching the ID of the Dillon outlet. Perfect! All of the 32ACP brass dropped through without a single catch. Great.

I then tried 45ACP brass in the feeder - no deflector - no problem, all of the brass dropped down from the feeder plate perfectly. A few pieces did catch on the top of the drop tube. I need to experiment a little more with expanding the mouth of the drop tube - easy to do, but already a big improvement over recent experience.