information from John Stimson
(In the Rimfire Central forum, John was suggested as a person who could tell me the most about the gun.)

The "G" prefix serial numbers included the 103 series Sport King, the 103 series Sharpshooter, the 104 series Supermatic Citation and the Olympic ISU. Yours is the Sharpshooter. The serial number range is inclusive of all production lots in that serial number range and may include any of the models mentioned above. The serial number limits are the extreme range for a particular model. The lack of a model name on the left side of the frame would eliminate the Supermatic Citation and Olympic ISU and you will see that there is no trigger adjustment force screw in the back of the frame which also eliminated these models from consideration. The slide is clearly cut for the adjustable sight so it would not be a Sport King.


Grips:
Fitz made the Accu-riser grips in the brown Bakelite type plastic and in Walnut, Cherry and if I recall correctly another hardwood. There may have been a black Bakelite as well.

Gun can be seen and fired at Hollywood Rifle and Pistol Club in Ft. Lauderdale, Florida 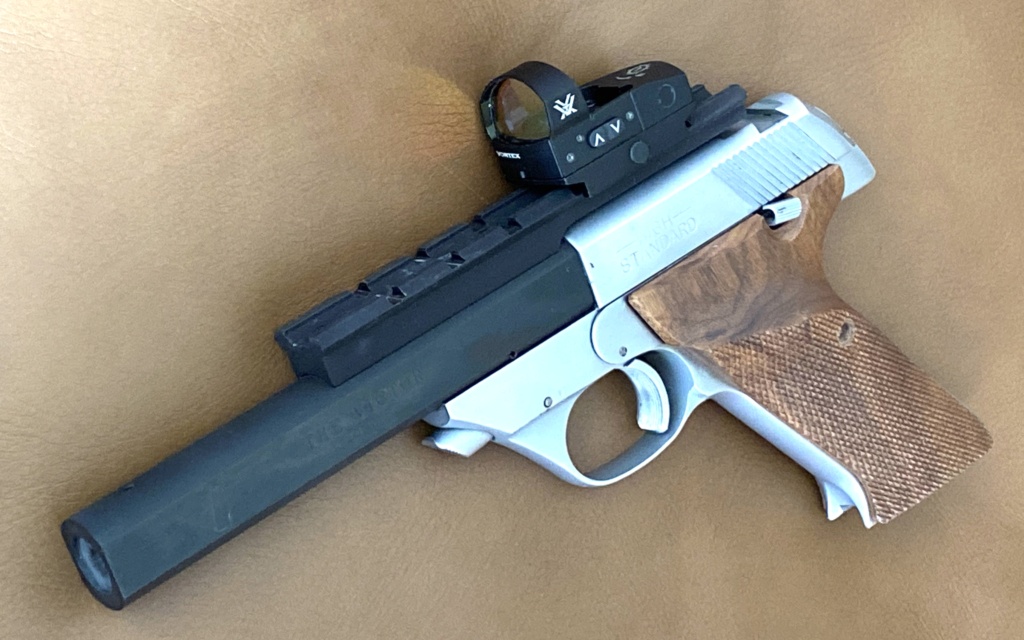