Progress so far on my .22 conversion, slide is slightly long so that I can trim after completion. Slide still square so it's easy to put in the mill. This one is tool steel S7 so I can get dimensions to later use Titanium. Building on dedicated frame so 1911 ejector modified will be used. 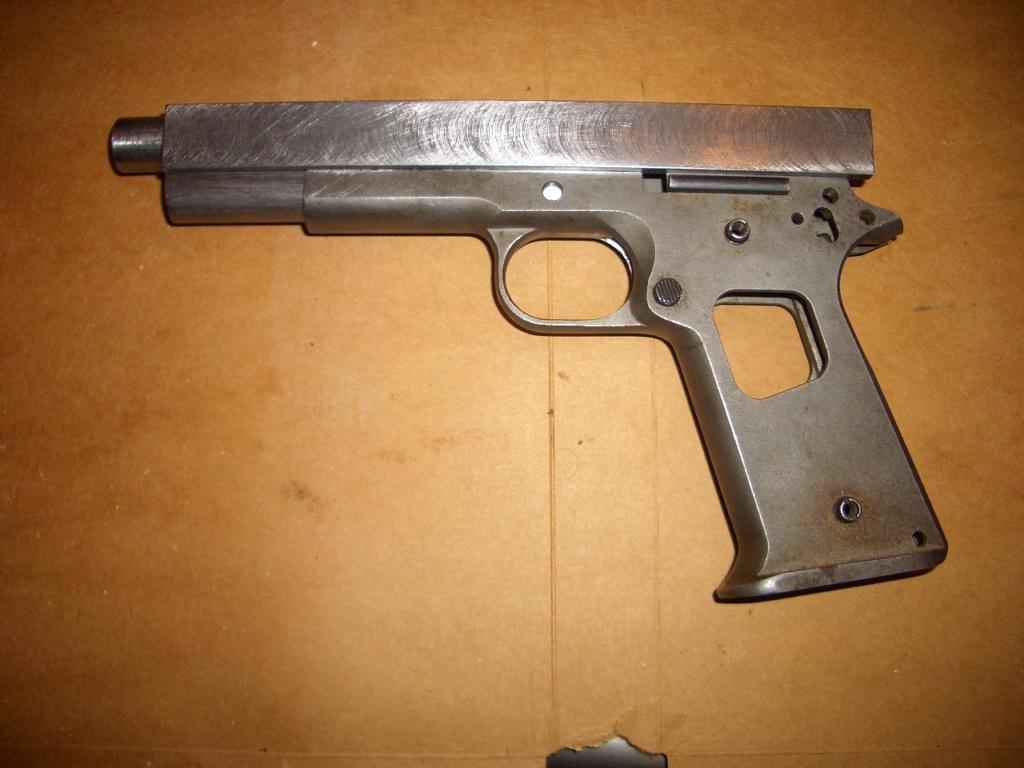 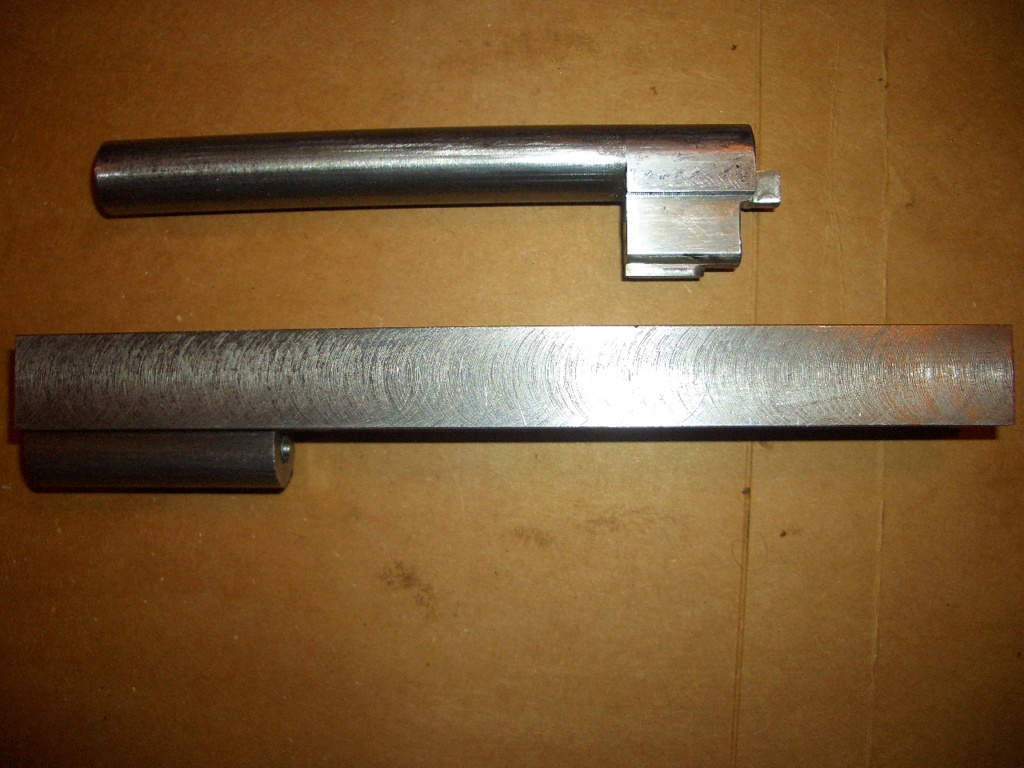 I'll be watching this!

This is going to be great!

If memory serves me you have a posting of a pistol similar to a FWB AW 93 or IZH-35 that you made for you son some time ago, am I correct?
I got a SB 13 X 40 Toolroom lathe and a BP 9X40 step pulley mill 10 years ago. I've taught myself the basics of machining-that took about two years. Since then I've made custom optics mounts, small gun parts,  gunsmith and shop tooling for myself, re barreled a S&W 626 revolver and fixed mechanical of stuff for my friends and family.

Doing this work has made me appreciate exponentially the skill and time it takes to build a project like this from scratch. Before I trained myself machining I knew it was hard but until you get chips flying and mess up a few things late in their project cycle you can't fully grasp the true scope of how hard a project like this really is.

This is an awesome undertaking! Someday when I retire I might add a surface grinder to my shop and try to do something like this or your son's pistol to fulfill a bucket list item!

I was fortunate in a way. My father was considered to be one of the best tool and die machinist in the area. He never said it but others that worked with him did. When Japan bombed Pear Harbor he enlisted in the Army like many others, was only in 1 week. He was working for GM in Linden N.J. They switched to Fighter Planes and asked the government to call back my father. He was my teacher, was a great dad but when it came to machining he was not kind, was as critical to detail. Said like it was like what do you call this piece of Sh**t. I learned a lot from him!! As to my machine shoe I started it as a Hobby being an Engineer but after 15 years I started my own shop. Being a tool nut helps I guess, if someone would ask how many machinist tools do I have I would reply it would be easier to answer how many tools in the Starrett catalog I don't have! But now that everything is going digital I'm falling behind. In my small shop I have 6 lathes, 2 vertical mills, CNC Vertical mill, 2 Jig Borers, Horizontal Mill, cut-off saw 2 surface grinders 3 tool and cutter grinders, Jig Grinder, HBM and more to numerous to mention such as  Darex 3 Drill grinders, Endmill grinder and Tap Grinder. 2 optical Comparators and 3 machinist microscopes with them I can measure a line on a sheet of paper! As you can see I spent too much time at auction sales!
I can remember when I got into pistol shooting, was attempting to accurize a 1911. I put lapping compound on  slide that I squeezed the slide so it was tight as in the books then lapping for a perfect fit. My Dad asked what I was doing and told him, he said it will not work, can't be done that way! I thought to myself haha I know better than Dad, I read all the books and know how to do it! Later I found I was wrong and Dad explained why!

That's interesting about your Dad. I bought my machines and tooling from a retired machinist who was moving to FL, I got a once in a lifetime deal. I got all kinds of custom tooling he made for the lathe and mill and I got all kinds of precision bearings, shafts and slides he used for making porotypes for his customers as well as some of his finished projects. As I learned with what he left behind, it blew my mind as to how the machinists like your dad ran manual machines to keep our war production going. I would have hired him as a mentor/trainer if I had run into him earlier but he was weeks away from moving. Sounds like your dad was one hell of a guy! They called my grandpa back from Navy enlistment so he could work his trade and build the ship railways at the Electric Boatyard at New Groton CT. He volunteered for sub duty but they rerouted him to apply his trade. He had some cool stuff from they guys cast from the end runs at the prop foundry, bronze models of US subs and the like. He used to tell me all kinds of neat things about what those machinists could do!

Another boring story. Then I get back to .22 conversion! Starting my shop I purchased a few 1940's vintage Turret lathes. I had a large part order to do and hired a retired machinist that knew turret lathes. Set up the machines so we were getting 30 parts/hour. But after a short time he had to leave at Doctors request due to a bone spur in hi heel I think. I tried hiring other workers but none were any good! Didn't have to be a machinist since the turret lathe was all preset. From time to time I would complain to my parents and my mother would say I'll come help. I got desperate after a while as deadlines were coming up. I said OK mom, I need your help. She came with me to the shop, in the next bay there was a welder that was impressed with the number of parts the machines were set-up to make, he came over was wondered if my mom could get the parts done at that rate. While we were talking my mom walks over to the machine, starts it and was making parts!! Her first hour she made 40 of them! Then tells me the set-up was wrong, didn't know how to make the tools but explained how they should work. I was reaming the ends of 3/4" pipe the another tool chamfered ID and another the OD. She said too slow, make a tool to do it all in one pass! After her suggestions parts per hour was raised to 75/hour!!! When I asked her how she knew all this, she said she ran turret lathes during the war so I have to admit my mom taught me to set-up turret lathes!