I was in Houston on business quite a few years ago and made the obligatory stop at Collectors Firearms.  Normally for me that was mostly a tourist stop, but that time I spotted a nice 1911 that had clearly been built as a hardball gun.  No provenance, though.  Here's what I have:

Brazed front sight, Bowmar rear.  It looks like the slide on the gun was painted with cold blue after the front sight was brazed into position.  It doesn't look terrible, but it is definitely not an example of skilled polishing and blueing.  Sorry to say I didn't wipe of finger prints before taking pictures, so the polished surfaces don't look quite as good as they really are.

Today I painted the end of the barrel with Dykem layout dye and cycled the slide.  On examination I could see that the dye had been burnished all the way around by the barrel bushing, so that fit is down to whatever the thickness of the layout dye was.  I clamped the frame in a vise with soft jaws and put a dial indicator on it; got up to 0.003" of lateral play.  I'm not a pistolsmith but that seems to me like a pretty good fit.

I have not shot the gun very much and it appears to have had very light use prior to my finding it.  The only cosmetic wear is on a few sharp corners and on the sides of the grip safety where it rubbed the frame.

Price is $1200 plus shipping via shipmygun.com, guess $60.  Next stop is GunBroker.com. 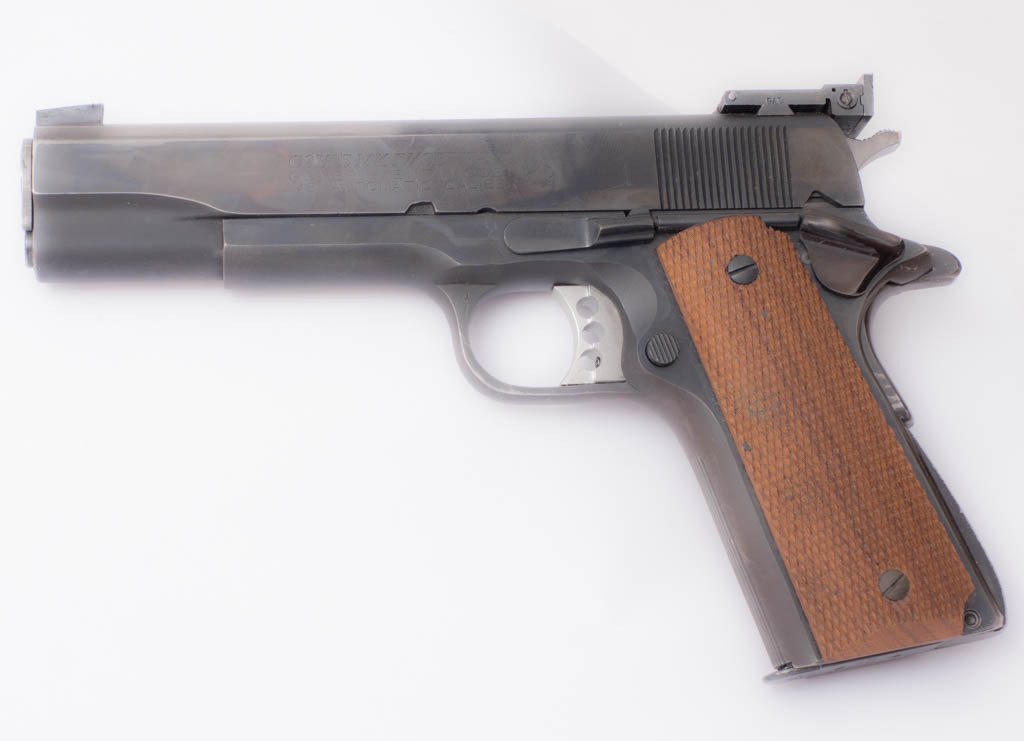 Last bump before gunbroker.com.  Thanks for looking.

These include two Gold Cups, a couple of Bob Chow guns, an R.L. Shockey, some pre 70 National Match pistols, and a Randall left-hand .45. Alas, so many toys and so little time.