Can anyone define the difference between 22 chamber polishing and chamber reaming?  My M41 Clark barrel continues to have failure to fully extract issue when my original SW barrel has no such problem.

Polishing is just that. You are not altering anything, simply removing any crud or fouling not removed by normal cleaning. Not much different than polishing your car. It is dealing with the surface. Yes it will make it slicker, and may ease extraction.

Reaming suggest that a reamer will be used. Reaming typically would be done to create or restore the opening desired. When reaming there typically is an altering or removal of some of the metallic material.  Some rimfire guns if dry fired excessively and if the firing pin strikes the rim of the chamber it can actually peen a dimple. If that dimple migrates toward the chamber walls then it can restrict the opening slightly. It may not be noticeable with unfired rounds, but when fired the brass expands, and then it could hang on that peened over area. A chamber reamer could be used to restore the chamber to it's original order. Polishing likely would not work to resolve this condition or if it did it would take longer.

At least that is my opinion of the differences.

Polishing can change dimensions of a metal host.

This past year when beginning to fit a KIDD Ruger Charger barrel to a Brownells BRN-22R aftermarket Ruger 10/22 receiver it became apparent that marrying the two together would require fitting, so instead of altering the OD of the KIDD barrel tenon I opted to open up the receiver bore of the BRN-22R receiver. I did not have the proper machinery at the time to accurately remove the small amount of material required to do the job, so I used what I had available. 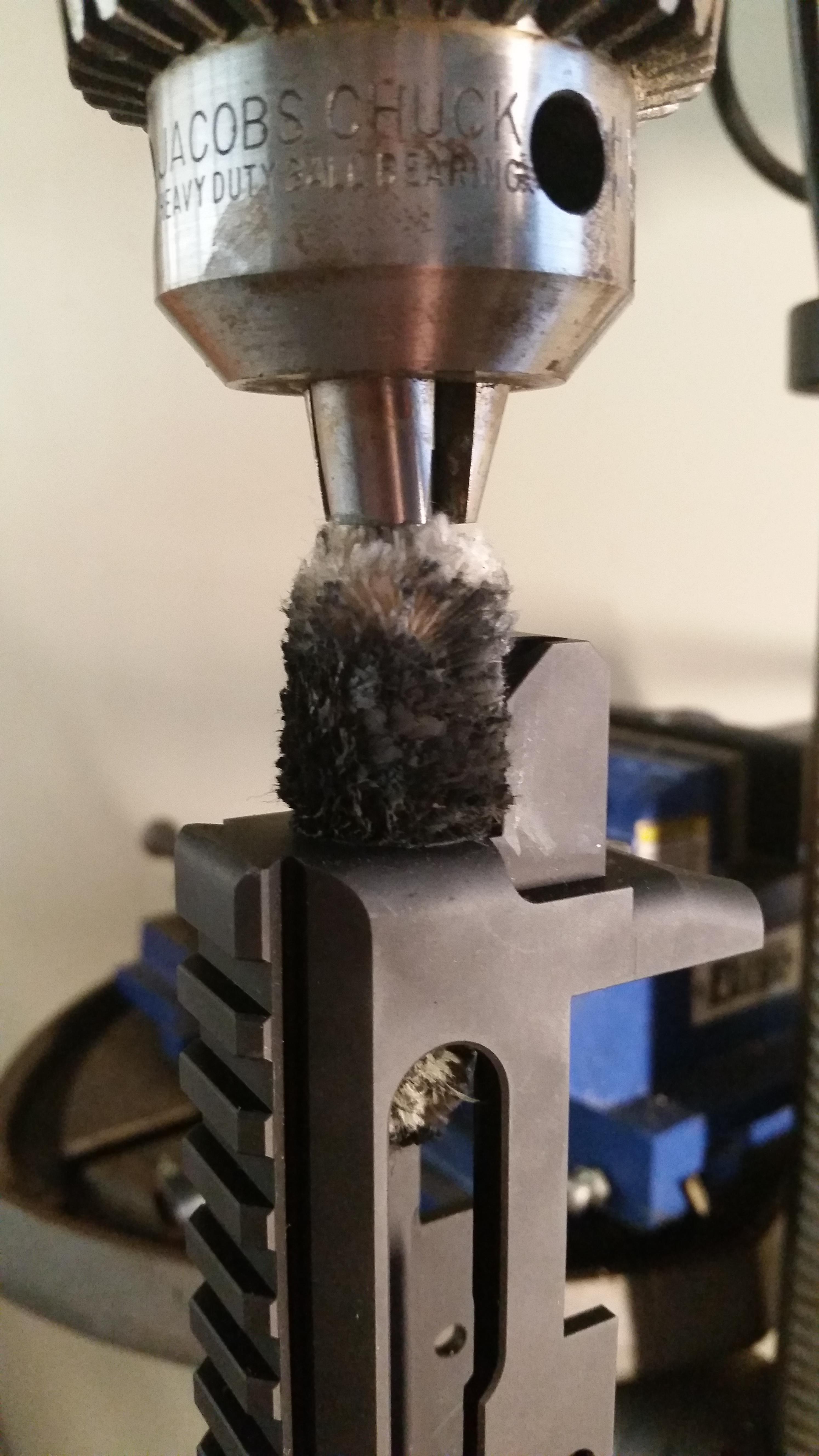 ...stopping occasionally to check its dimension and to add polishing compound as necessary, until the desired diameter was achieved for the proper interference fit. By the time I was done I'd opened up the receiver bore by .002", and below is what it looked like: 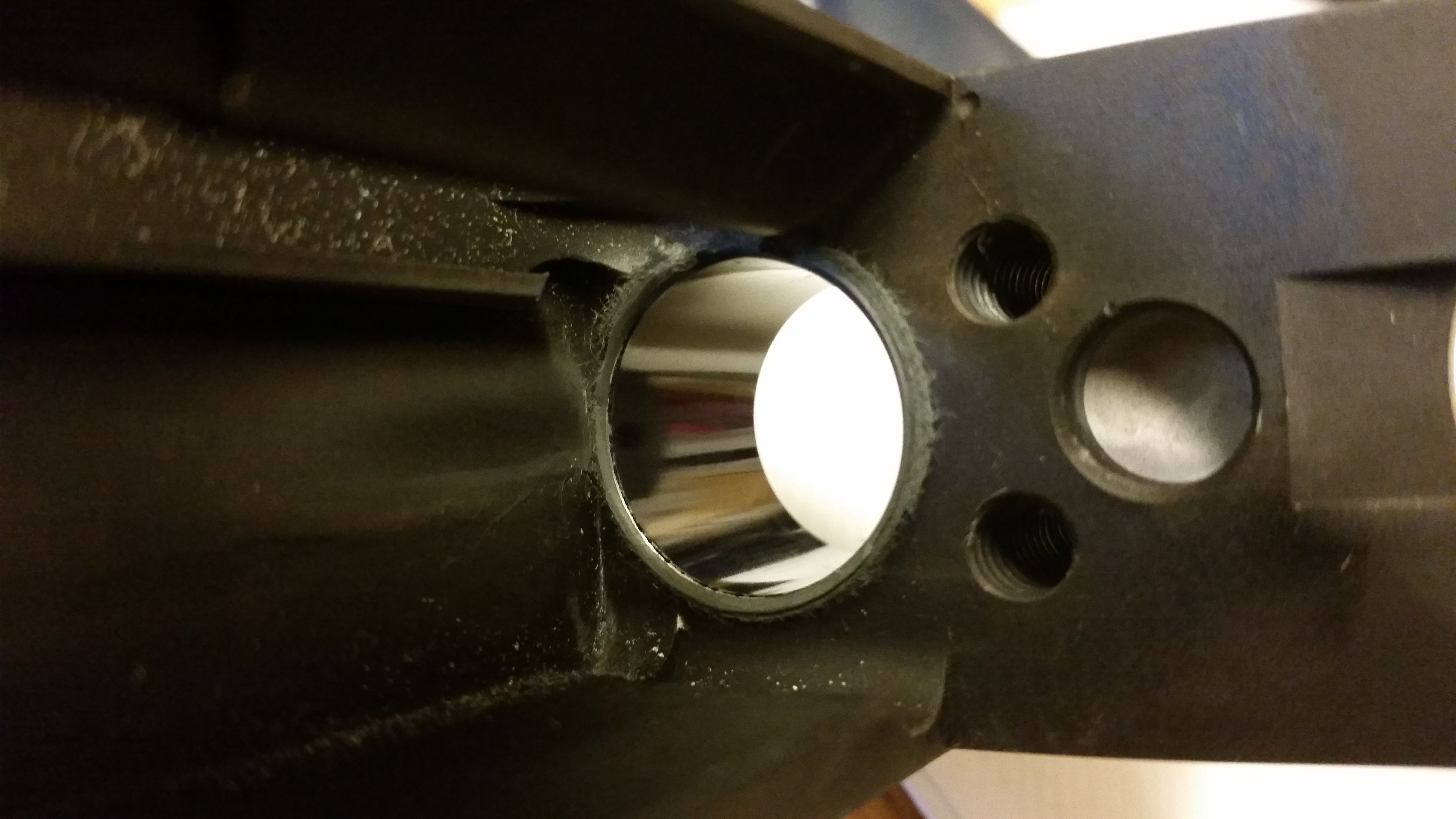 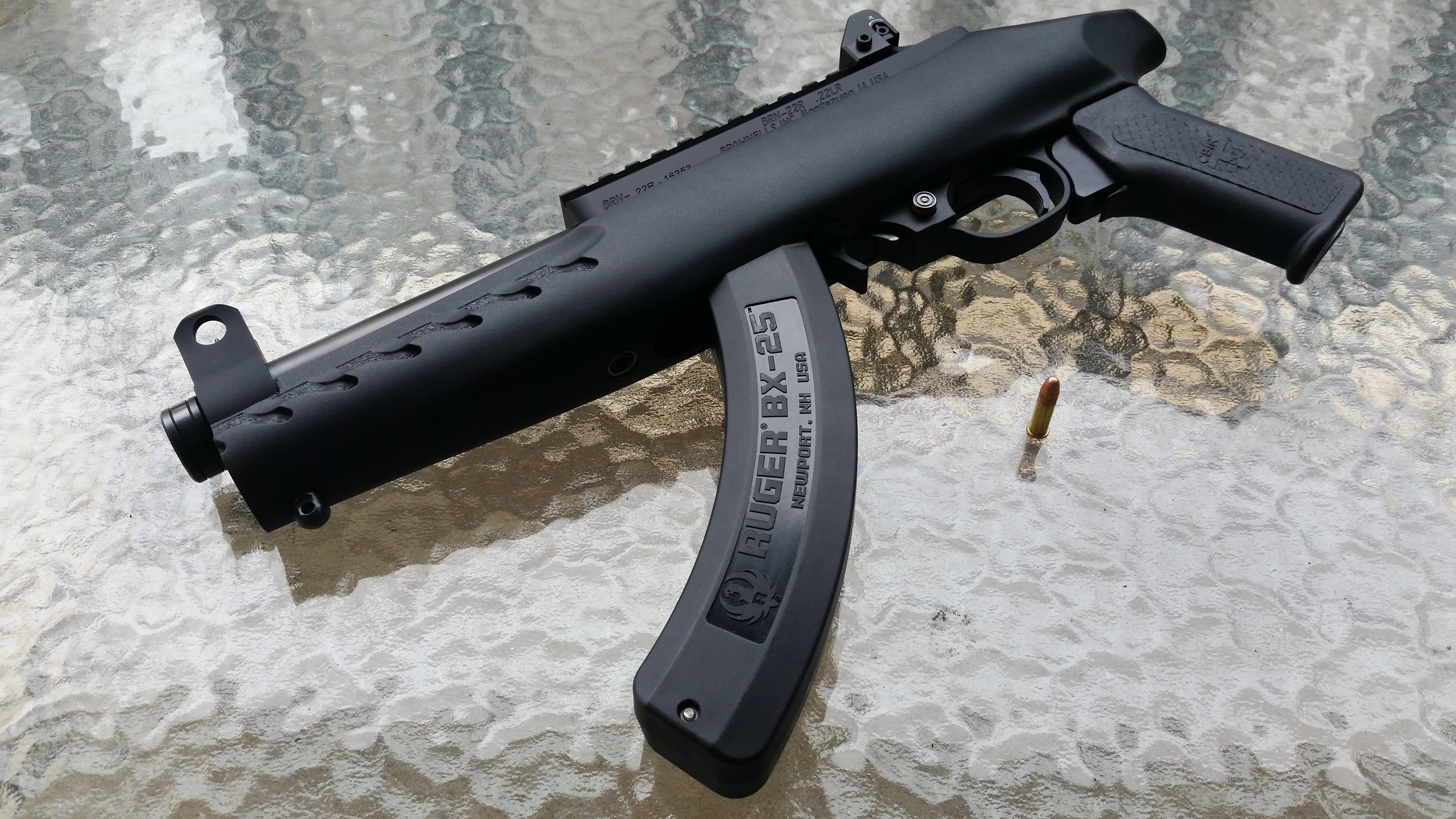 So I'm of the opinion that yes, polishing can be used in a chamber to open up its diameter ever so slightly and incrementally, whereas a reamer offers the direct removal of x amount of material with no forgiveness. Polishing is kinda' like the difference between using an emery board vs. a barrel sander to sand down 1,200 sq ft of new wood flooring

This is something that I have been wondering about for a while. Polishing a chamber should it be polished by rotating a polishing device or draw polishing, radial vs axial. polishing makes the scratches / tooling marks smaller. would changing the surface texture from going around the inside of the chamber VS going with the chamber the long way. This turned into a really long way to ask, polishing VS draw polishing, is it worth the extra effort.

If you want to change the dimension, ream it . If you want to clean it up Polish it. That's the readers digest version
. Yes you can change dimension polishing but that is really not the propper way.
Tom

Until I can find a local gunsmith that has the tools to polish the chamber, I am going to soak a 22 mop in Hoppes (do not have Kroil) and stick it in the chamber area and leave it over night. Then patch it out. Then do the off failing plunk test.

I also have Shooters Choice, maybe I should use that instead?

If your chamber is tight and won't allow ammo to drop in freely and fall out freely.  Use a .25-.27 cal bore brush IN THE CHAMBER ONLY until your ammo drops freely.  It is probably leaded up and "normal" cleaning won't take care of it.

xman wrote:Can anyone define the difference between 22 chamber polishing and chamber reaming?  My M41 Clark barrel continues to have failure to fully extract issue when my original SW barrel has no such problem.

My M41 had some FTE issues that I attributed to a rough patch in the chamber. I used one of these (22 cal flex hone) to polish the chamber and that fixed the problem.

A reamer will make a true cut.  Exact size.

Polishing will remove the same amount of material (almost none) in every spot.  So if your chamber is egged, it will be shiny and egged.

Have you tried European ammo?   Eley, Wolfe, RWS etc?  I find it to be smaller.  My High standard Victor would not function with American ammo like CCI SV.   With my Anschutz  bolt action rifles, it takes effort to close the bolt on American ammo especially CCI SV.    European ammo works perfect.
I ended up buying an LSP for my Victor.  Now it shoots CCI SV into less than an inch at 50 yards just like advertised.

After soaking a mop with Hoppes and sticking it in the chamber for 4 hours, I decided to go the Chore Boy route with Hoppes afterwards. Followed by patches with Shooters Choice until dry.

I did the plunk test with the suspect lot and there was an marked improvement in the drop in and the drop out of the bullet.

Back to the range tomorrow for some 5 shot tests at 25yards for function but not accuracy as I had to move my dot to my original M41 barrel (runs fine). I have another dot on order but wont arrive till late this week. I have a 2700 on Sunday.

Those methods remove material.  There used to be a tool that corrected barrels damaged by dry-firing, by pushing the excess metal back into place, after it had been shoved into the chamber, making for not enough clearance.

I tried to buy one of these things several years ago, but nobody had one available back then.  I'm sure someone here will know what I'm referring to, and maybe five years or so later, they are available for sale.

mikemyers wrote:Those methods remove material.  There used to be a tool that corrected barrels damaged by dry-firing, by pushing the excess metal back into place, after it had been shoved into the chamber, making for not enough clearance.

I tried to buy one of these things several years ago, but nobody had one available back then.  I'm sure someone here will know what I'm referring to, and maybe five years or so later, they are available for sale.

That is an interesting tool. My breech/chamber face is ok. I always use a dry wall anchor (white) to dry fire, even during prep period prior to SF. I push it out with a cleaning rod and all is good. Three or four dry fires to get all the alignments done. Then ready to go LIVE!

All I use on chambers for polishing are the flex hones. I have a box full or them for both rifle and pistols. Just be careful to limit the length you polish to the chamber.