Hello all,
High Standard Inc. is in business in Montana. I, Bob Snider and my brother in-law, Russ Gray are building High Standards. We have a complete line of fine pistols, from the 10X to the Sport King. We are building parts and accessories, along with the pistols. Let us know if we can help you in any way.
Thank-you,
Bob Snider

alaronstein wrote:NO- there are NOT two High Standards !!!!! Thank you for supporting the facts of Confusion and Dilution in the Market Place.- Alan Aronstein

please tell me how I supported the C&D in the market place, where there are clearly 2 companies selling High Standard pistols,,,

…if they both have high standards, it’s good for the consumer!!

Who will be the first to buy one of the same pistol from each manufacturer, and compare group size?
I can see the question on the line already- "Is that a Montana High Standard or a Texas High Standard?" (Or Connecticut)

High Standard Mt.
Do you make your frames and other parts?  Do you subcontract them?  New old Houston stock?  Please tell us. 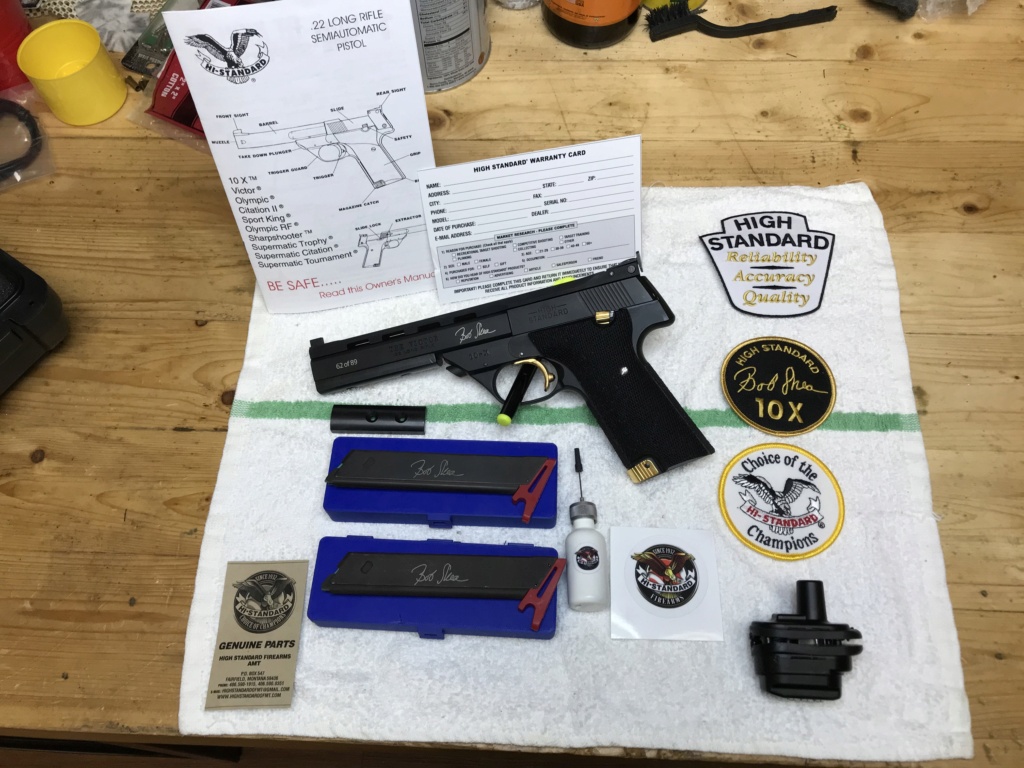 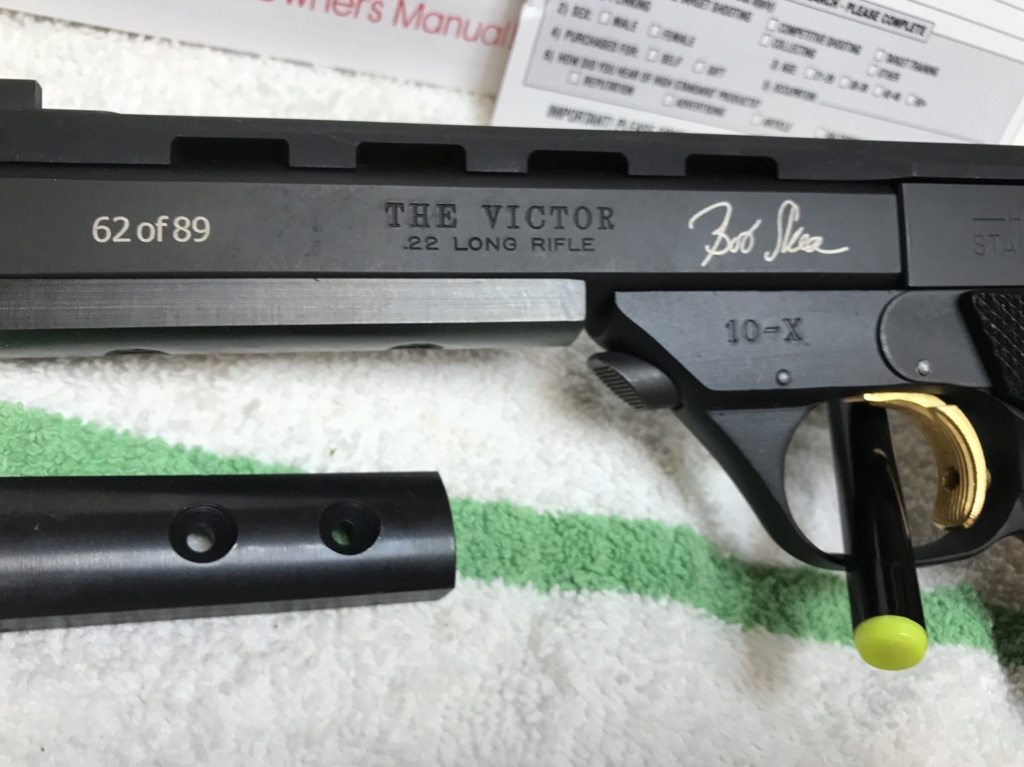 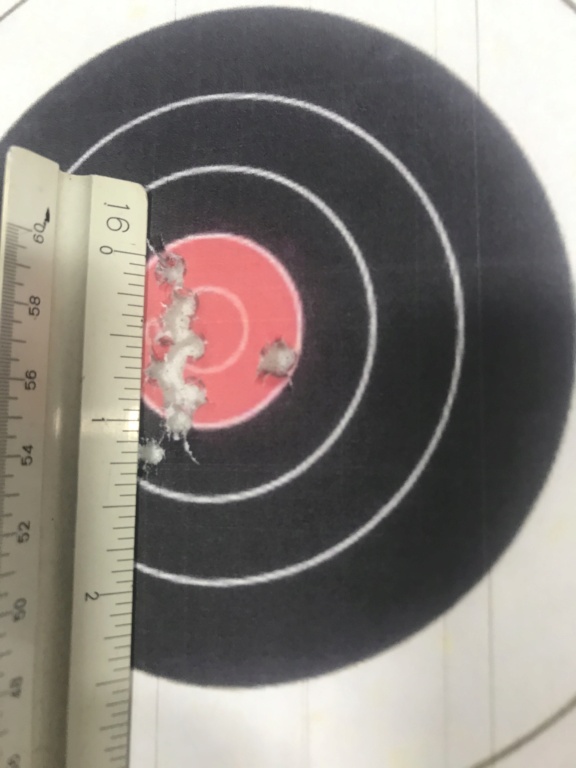 We are a pretty sophisticated bunch and not interested in the kinds of articles found in gun rags regarding pistols suitable for our sport. To be blunt, folks on here are interested in 50 yard group sizes. Usually 10 shot groups will suffice. We are also interested in the quality of the sights, i.e. if they are repeatable and have positive clicks, as well as, the ease of mounting an optics rail and if those are available from the manufacturer. We want to know how reliable the pistol is with different kinds of ammo. We want to know to what extent, if any, the weight of the trigger can be adjusted. Of course price is a consideration.

So I assume the HS design patents have expired so anyone can rightfully make HS pistols similar to 1911's?

While it's nice to think that having 2 of a good thing is better, sometimes having 2 people competing for the oxygen in a small market can leave both dead.

Alan has filed a lawsuit in Texas against High Standard of Montana and I think it is seeking a million dollars in damages.

Nothing is worse for the gun industry in a small target pistol market than accelerating the consumption of all the oxygen with infighting and lawsuits.

The short answer is that I(Alan Aronstein), the bank that had its' secured assets taken, and some of the remaining Shareholders of HS that had their Companys' assets taken have  filed  lawsuits against the entire Gray Crime Family. Bob Snider has admitted all of this on another forum and implicated ALL of the actors involved !!! Bob Snider has also admitted this in his answers in the banks discovery papers !! I (repeat I) beleive that all of these firearms and parts that they are selling are from the above admitted acts. I am sure that we will get ALL  of the answers as this progresses  thru the State and Federal District Courts here in Houston, TX. Anyone can check this out by searching the Harris County TX court filings against High Standard Inc (MT). - Alan Aronstein

So are there patents still active on the HS designed pistols? Is the name and logo trademarked still?

Can you explain why you have an interest in the assets that you say were the property of the bank or shareholders and why it's you and not the bank/shareholders that are seeking remedy in court?

Is the million dollars sought in the lawsuit damages incurred by you, or the bank/shareholders?

When Jim Gray filed the Company into Chapter 11 in July 2015, he listed 4.5 million dollars in inventory plus other assets. A plan was approved under Chapter 11 in 2016 that would have saved the company but, the plan was NOT carried out.  When the Federal Court converted the case to Chapter 7 in April 2018 and turned it over to a US Trustee the inventory and assets  were  basically GONE !!!! Bob Snider provided an admission on a Public Forum as to what happened to the Inventory and Assets. The bank filed its' own Lawsuit. I and the  shareholders hired an attorney and learned that the admitted actions by the Gray Crime Family made it impossible for  the HS Company  to re- organize under Chapter 11. We were ALL damaged in excess of one million dollars. That does not include the Banks' damages.- Alan Aronstein

Ever since the High Standard company went under in 1986, there have been questionable quality issues and business practices. There were a lot of complaints about 10X pistols paid for but not being delivered on the old e-mail Bullseye-L. I think it is time to let the litigants figure this out on their own and not trouble this list with their "advertising" and legal bickering.

+1
And I don't see either listed as Supporters on the Homepage.

I was only replying to requests for information on this thread. I am NOT aware of any Firearm or Part or anything that has not been delivered by High Standard FA USA/ OFM Corp. We have issued Credits for lost or damaged shipments if you want to include that in the discussion. We DO NOT Take deposits or advanced payment for anything!!!! If ANYONE has such a complaint, I would like to address that issue. I will be MORE than happy to become an advertiser on Bullseye-L. Please send me the phone number to call to sign up. - Alan Aronstein

I don't think I'm willing to take sides on this by placing an ad for either side until the legal questions are settled by the courts.

I don't think the airing of grievances here does anything good for the High Standard brand.

This is very confusing

Looking forward to do business with you..

As for me, there will be no MT nor TX High Standards in my future for a while. Prior to all of this, either could have been a candidate. Who knows, maybe both. Not now.

This does nothing for any of us.

Allgoodhits wrote:As for me, there will be no MT nor TX High Standards in my future for a while. Prior to all of this, either could have been a candidate. Who knows, maybe both. Not now.

This does nothing for any of us.

More so, I communicated message of the same nature directly to Bob of HS MT!

And I think this tread exceeded its usefulness.

Calling on Admin to lock it!