Folks, I saw a very mint looking H&R 939 at the local shop today. I am new to revolvers and don't know much besides some basics. I know I like them and want one in 22lr without paying a ton. This particilar one looks great with target setup out of a box, feels good in my hands. Have not tried trigger but will be back with snap caps. $400 Any opinions? People seem to like them a lot. Honest non-bias comparison to SW 17?  I tried 17 for few strings and it felt great, cannot remember if better or worse than 939. Oh and this one is very tight and crisp all around. Thanks!
Yev 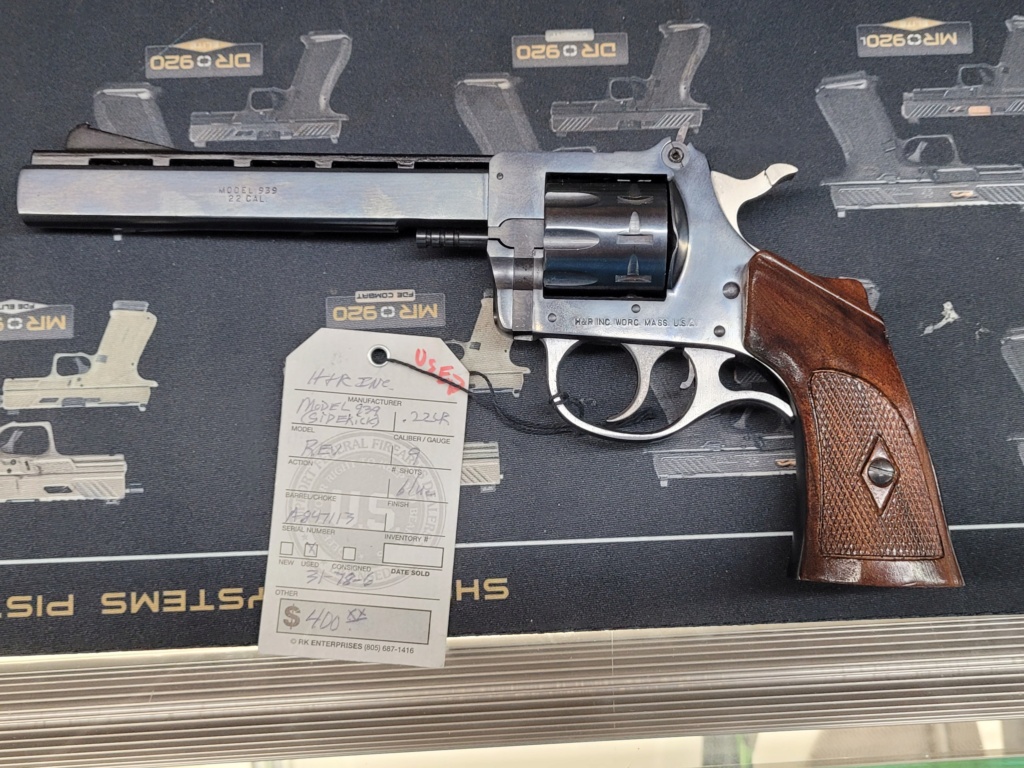 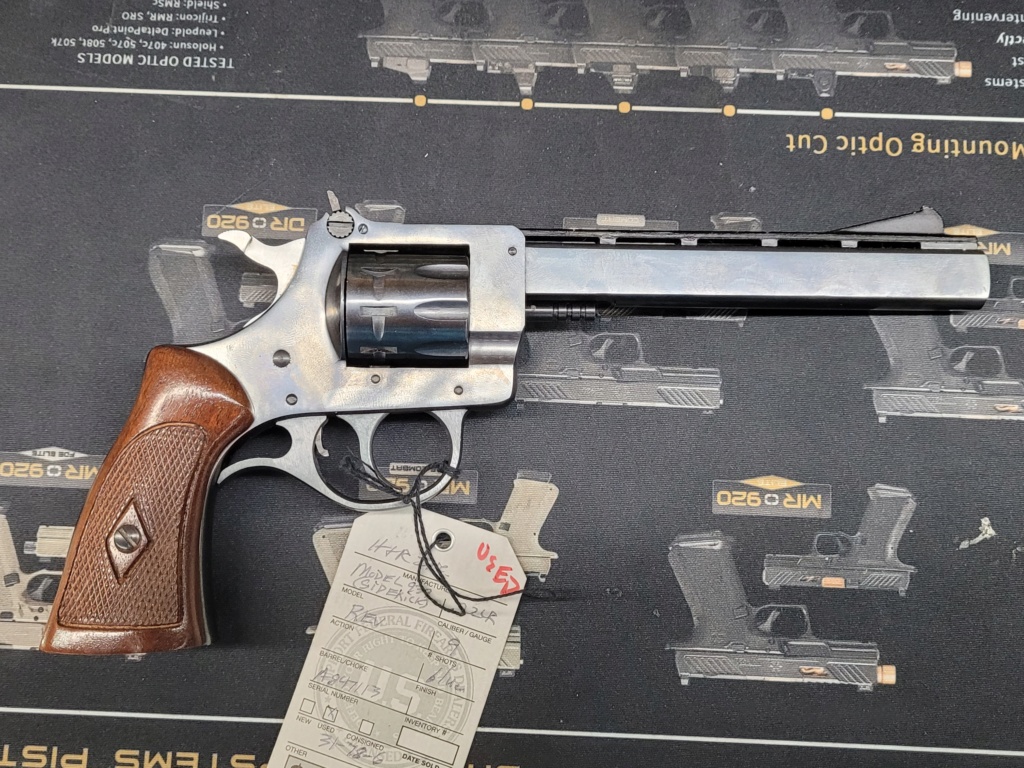 It will sling lead everywhere except the 10 ring. Also too light.
Jon

Eons ago Gil Hebard in his “Pisto Stooters Treasury” had an article comparing the higher-end American 22 pistols and revolvers against the “mor budget friendly” pistols and revolvers.  He gave them to several champion level shooters (2600 club members) to test and get results.  The upshot was that the higher end pistols had the potential to get 100-8X or better at 50 where the budget pistols would likely score 98 or worse.  For several reasons.  Sights, overall quality, trigger…. A version of the H&R was tested and, while one of the better budget pistols, it was not capable of scoring 100.  Not consistently.  The 17 S&W was.  Sorry….

Got it and thank you! Most people claiming accuracy in other forums do not demand same razor accuracy that we ask for.

Tripscape wrote:Got it and thank you! Most people claiming accuracy in other forums do not demand same razor accuracy that we ask for.

Those "groups" at 7 & 10 yards that many rave about on other forums are a joke, even for defensive pistols. I suppose it is the new standard for those who can't shoot.

I watched a video of USPSA shooter testing ammo from sandbbags and thrilled at the accuracy at 10 yards...he grouped 5 inches in slow fire...made me laugh.

Don’t be misled. The creme of the crop use guns and ammo that are bullseye precise!

I agree, the guns can be more than capable. Shooters are too for their own sport, just that the average accuracy expectations are vastly different in these practices.

Back to the revolvers. Is AW 17 or 617 best bets here? Anyother suggestions? Ruger?

I like my S&W revolvers. And until I decide to pony up he money for a Korth, they will be the standard against which I judge other brands.
I bought an Astra Cadix in .38 special on a whim. It is a decent gun for the money - nice trigger and good sights. I will test it for accuracy soon and report back.
I worked on a H&R revolver many years ago. I recall being negatively impressed that it was not designed to be disassembled and repaired.