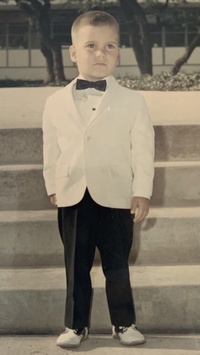 The 206, 207 and 208 ALL have International stamped on their slide and NONE have a numerical designation of 206, 207 or 208 on them anywhere.
I suspect that all three of these have slides that will interchange, other than the 206's might have been lightened.

I really don't know much about the American Model, other than the frame was stamped as such and Larry's had a 207 version for sale at some point.

The 208S replaced the (208) International and had several "upgrades."  The trigger is adjustable for finger length, it has yet another profile and was strictly 2-stage (not that you couldn't adjust it to make it 1-stage).  It also has a safety, supposedly the reason for the "S."  The reason for adding the safety was to comply with new US import restrictions.

The 215 was an less fancy version of the 208S, available with the 208's configuration of the 2-stage trigger (not slidable fore and aft within the trigger guard), a rounded, rather than flat-milled and grooved, top of the barrel and a "lug" under the front sight.  The 215S seems to have the 208S 2-stage trigger and the 208Ss squared trigger guard, though I don't know this to be universally true.

The 208S is the one everyone pays an arm and a leg for, while the 208 International is the one that set the records.  Be careful when buying Internationals, as poor adjustment of the engagement of the transfer bar will result is excessive sear wear, with will necessitate either having it recut or replaced.  You can have the barrels re-lined for a few hundred dollars, but in all honesty, the cost of acquiring and rehabilitating a heavily used International isn't that much less that what you can find a nice 208S for.

The note above about the 20S safety is incorrect. In fact the majority of the 208S pistols I've seen including my personal pistol does not have a safety. There are some that were fit with a safety on the back of the slide. Might be determined by whether they were imported as "new sale" pistols or used pistols. Some people say the S stands for "sliding trigger" but that's likely speculation as well.

My 208s only says International on the gun, but has 208s on the box and it does have the rear safety.
It is supposedly an early import, #435** number

Thank you for the information.  There is very little organized info about the post-Walther Hammerlis considering how popular they are in Bullseye circles.  I try to gather what I can for my own entertainment.

Zane - thanks for the correction.  I'm not sure why I continued to have the impression that all 208Ss had safeties, considering the instruction manual from 1994 clearly shows a 208S without a safety.  If you are interested, the .pdf is at

Bmize1, I haven't run across a 208S that wasn't marked as such on the SLIDE (My post above is incorrect - 215s and 215Ss are marked on the left side of the barrel, 208Ss are marked on the left side of the slide).  My 208S is 498xx, so it's configuration is likely to differ from one in the 435xx range.  I do know that 413xx is a 208 International with a two-stage trigger, and 442xx is a 208S, so your statement that yours is an early import makes sense.  Could you post a picture of your gun?  Does it have a rounded or square trigger guard.  Is there any chance that it has had it's slide replaced.