I recently acquired a used S&W 625-8 45 acp revolver.  I don't know the previous owner so I don't know the history of the gun.  My first trip to the range was discouraging.  I experienced roughly 50% fail to fire light primer strikes.  I was using both S&W and Ranch Products full moon clips along with a couple different 185 and 200 grain LSWC loads that function well in my semi-autos.

A few observations that may or may not have anything to do with my problem:  This revolver utilizes a transfer bar hammer arrangement and when compared to some of my older S&W's with the firing pin on the hammer, this one only seems to protrude roughly 1/2 the distance through the frame.  All though I did not measure the end shake of the cylinder, it is very minimal, much less than my older Smiths.  The hammer does have bluing wear on the left side with no marks on the right side.  Before taking it to the range, I checked the single action trigger pull and it measured right around 4 lbs.  The double action pull was beyond the 8 lb limit of my scale.  This gun does not have the appearance of being fired a lot.  Good cylinder lock up and only a faint line around the cylinder.

Does anyone with experience with 625's have any suggestions that I should explore first to correct this issue?

The first things I would look at would be the strain screw and main spring condition.

Thanks Steve.  I did forget to mention that when I got back from the range i did check the strain screw and it was backed out 1.5 turns.  I turned it back in completely but have not tried it again yet.  How do you check main spring condition?  Thanks, Steve

The loose screw was probably most of the problem.
It helps to have a factory new spring on hand to compare arc.

I have a -8 that I've worked over pretty extensively.  Since yours is pre-owned I would replace all the springs so that you know for a fact what's in there.  I'd also do a complete detail strip, clean, and lube.  Wolff is a good place to get the springs.

Everyone likes pictures so here's a pic of mine.

Sure seems to be a lot of Steve's on the forum.  Thank you guys for the input, I really appreciate it.
Steve in Fort Wayne

OT  -  Anybody in Montana know anything about Bruce, Montana?  Dad was born there 1918.

Your assessment of the backed out mainspring strain screw was correct.  I went out last night to testfire my 625 after tightening down the screw completely and misfires went away completely.  Since I purchased this used from a gun shop, it makes me wonder if the previous owner traded the gun in because they did not understand how to correct the problem??  I degreased the screw threads and put on a dab of blue loctite.

Anyway, all is good now, 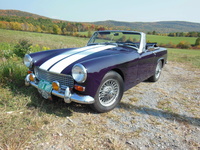 At the risk of pointing out the obvious I know I personally go pretty fast with my .45 auto loads on the press especially short line. I take a lot more time when loading for revolver to make sure the primer is fully seated. I speak from experience as I also have a 625….. Just something to be aware of.