This is a German “Tell” Free Pistol by the Buchel Company, made around 1935.  It is fully functional and in very good shape….toned a bit with age.  I have shot this pistol and it performs fine although I am not a great Free Pistol enthusiast.

I realize that I’ve been posting mostly collector guns and you folks are shooters.  I do understand.  I am a shooter as well but I do think that you might enjoy seeing this old Free Pistol even if you don’t add it to your collection.

I am especially interested in the shooting events of the 1936 Olympics in Berlin.  I also have a rare Walther Olympia in .22 short which (who knows) might have actually been shot in that event.

This was a very fine gun its day.  The double set triggers have an adjustment screw and are presently set for just a few ounces.  The trigger, once set, is as good as the Hammerli and TOZ triggers that I have shot.

Rear sight is more primitive than today’s and smaller.  The photos show the elevation and windage screws. This is significant because many target pistols, of that day did not have both those adjustments at the rear. The front sight has a screw but I don’t think it allows adjustment… probably just replacement with lower or higher sights.

The ergonomics are very good although not for my small hands.  I find that the reach to the forward trigger is a bit too much for me.  I can do it but I have to reach.

The pistol is loaded by raising a lever that sits along the rear-of the grip.  It looks like a pretty ordinary falling-block design.  The lever is then lowered and the block moves upward very effectively sealing the chamber.  It does not cock the pistol. That is done by activating the rear trigger.  The firing pin is released by touching the front trigger very lightly.

The wood is in good shape…. toned with age and with just a few chips around the screws.  No cracks or damage.  The bluing is in good shape with some wear along the back-strap where you’d expect it.  Corners retain their blue. There is some light pitting under high magnification although there is no rust.

The barrel is octagonal and heavy.  The crown looks good without nicks or damage.  The bore is clean and bright with sharp lands and grooves and no pitting whatsoever.  The bore remains shiny.

On the left side, there is a lever set into the receiver that I’ve never figured out.  Some folks have guessed what it’s for but I can’t discern any difference in shooting when the lever is changed to different positions.  The receiver is scored along the arc of  the lever and there is a detent for the default position, so.. .it’s obviously been used.

The OAL of the pistol is 17” from muzzle to the tip of the loading lever.  The barrel is 10”.  My notes say that there’s a serial number somewhere but I can’t find it now.  Maybe under the wood forend which I’m not inclined to remove.

I have a 1978 letter of authenticity from the NRA.  The letter declines to state a value for the pistol saying that such practices are discontinued.  It said that the pistols were imported into the US for about $115.00… an expensive pistol in 1935.

I’m asking $1000.00 plus shipping, from for it and I’m listing it on Gunbroker today or tomorrow.  Shipping will be actual costs, USPS Priority, my FFL to yours. 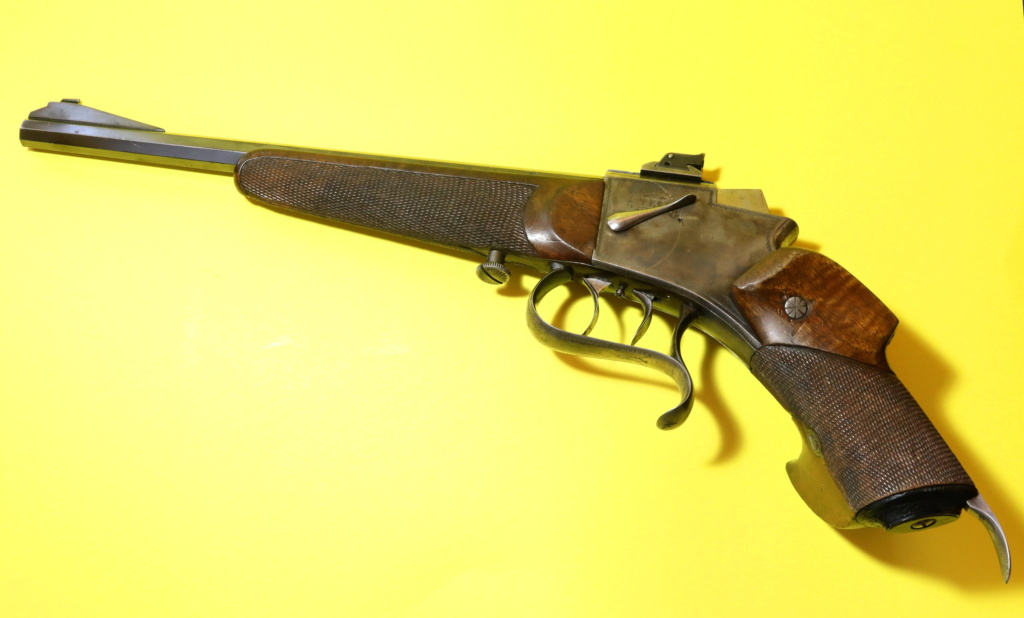 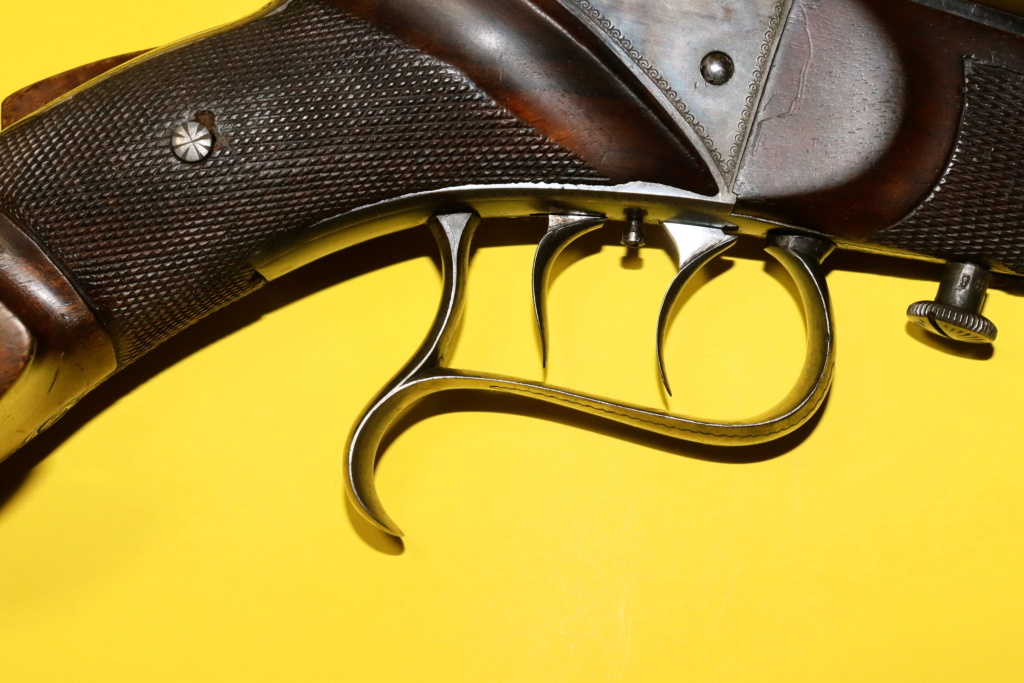 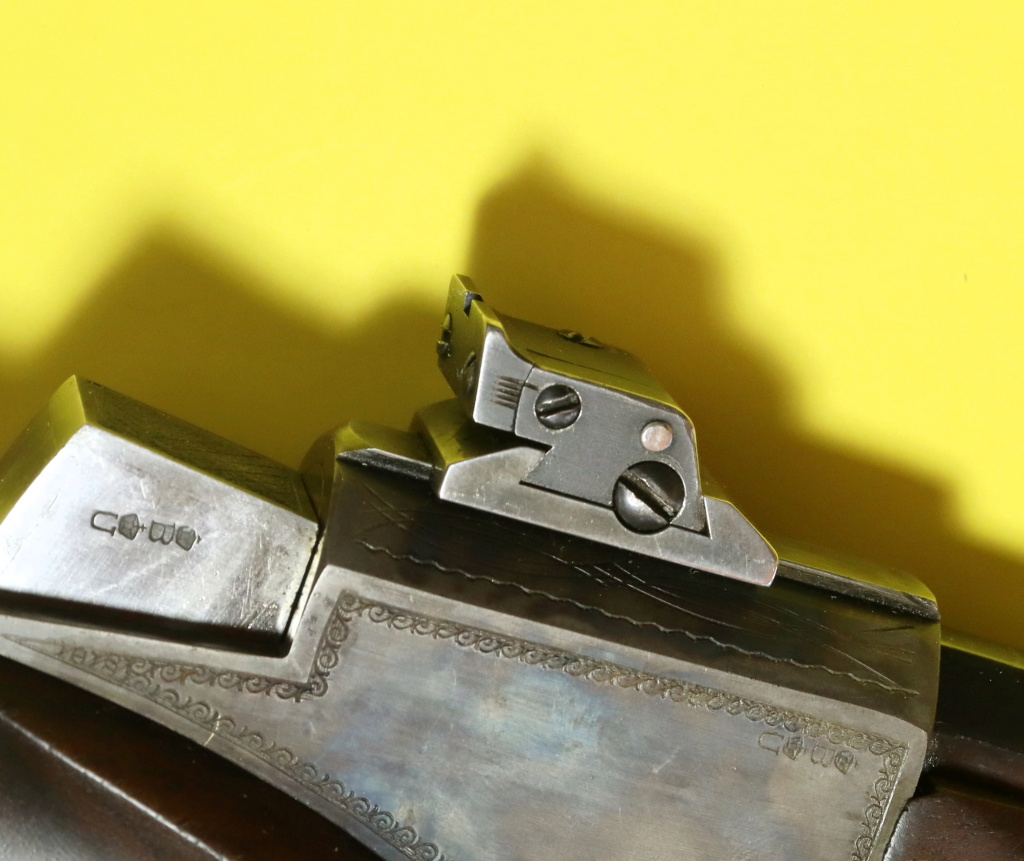 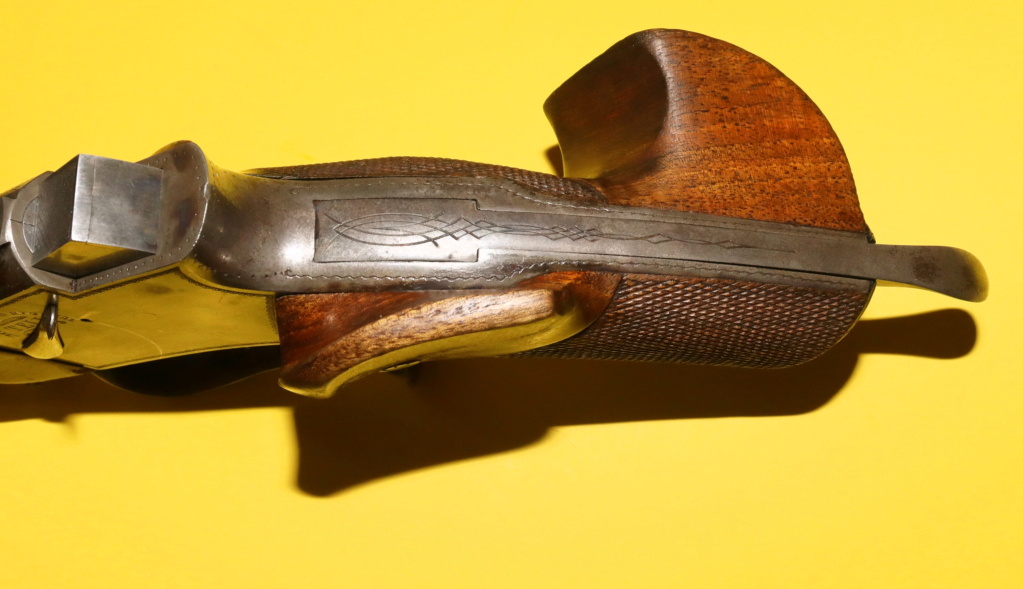 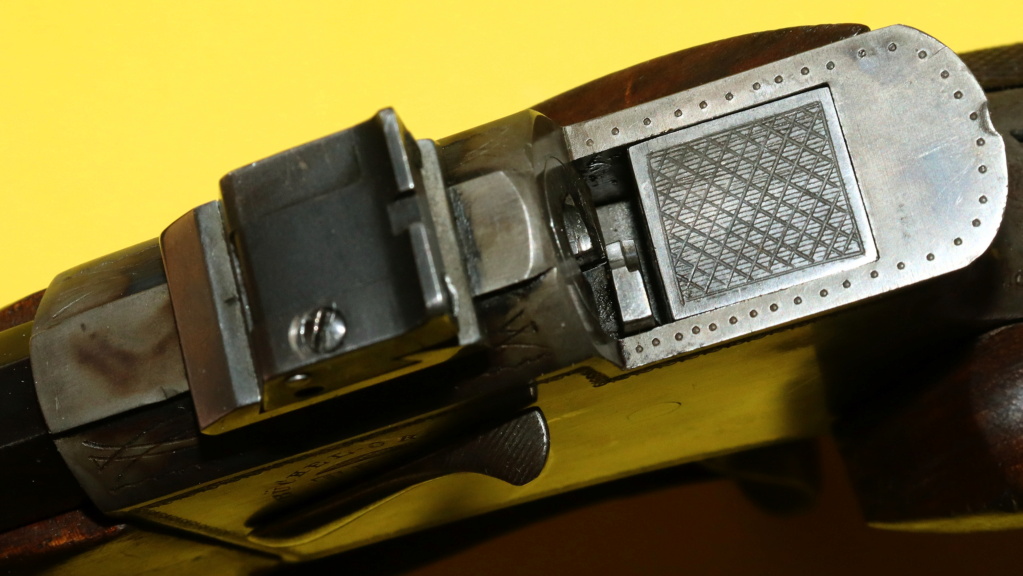 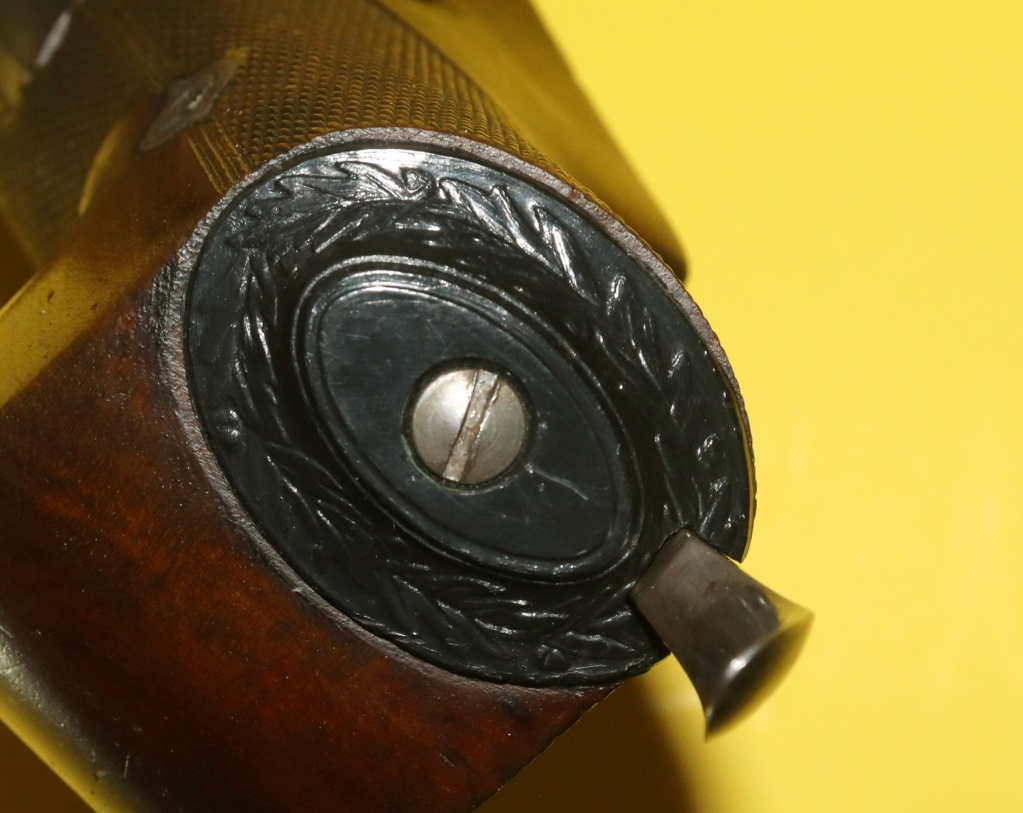 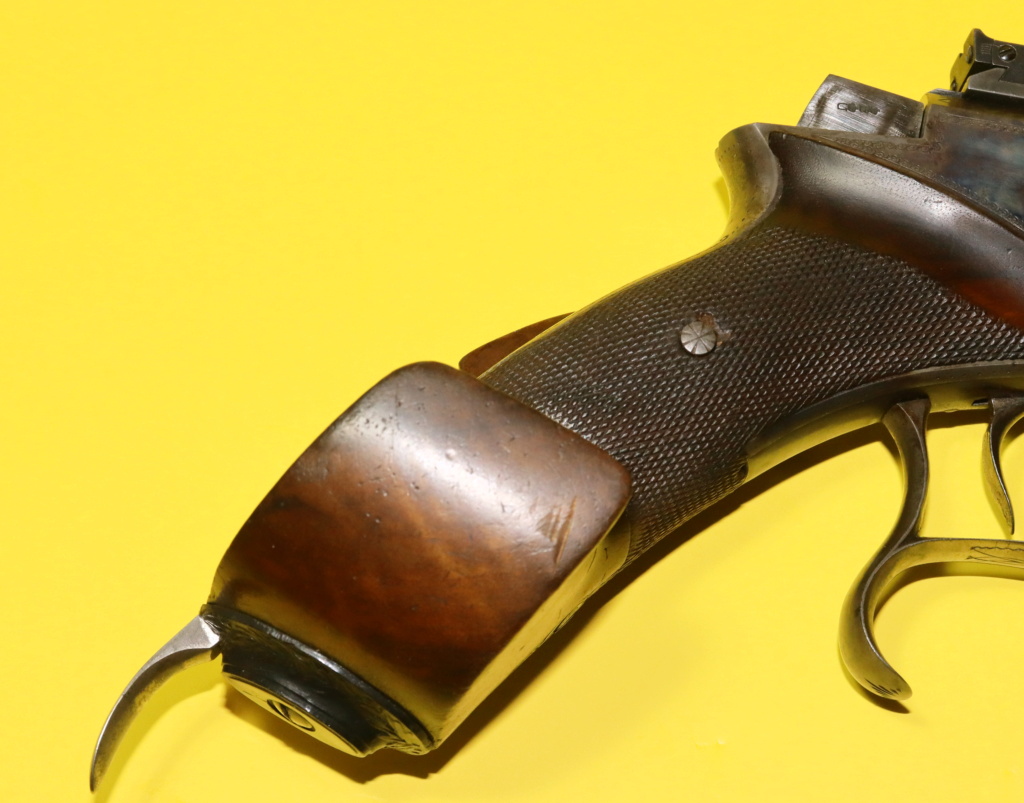 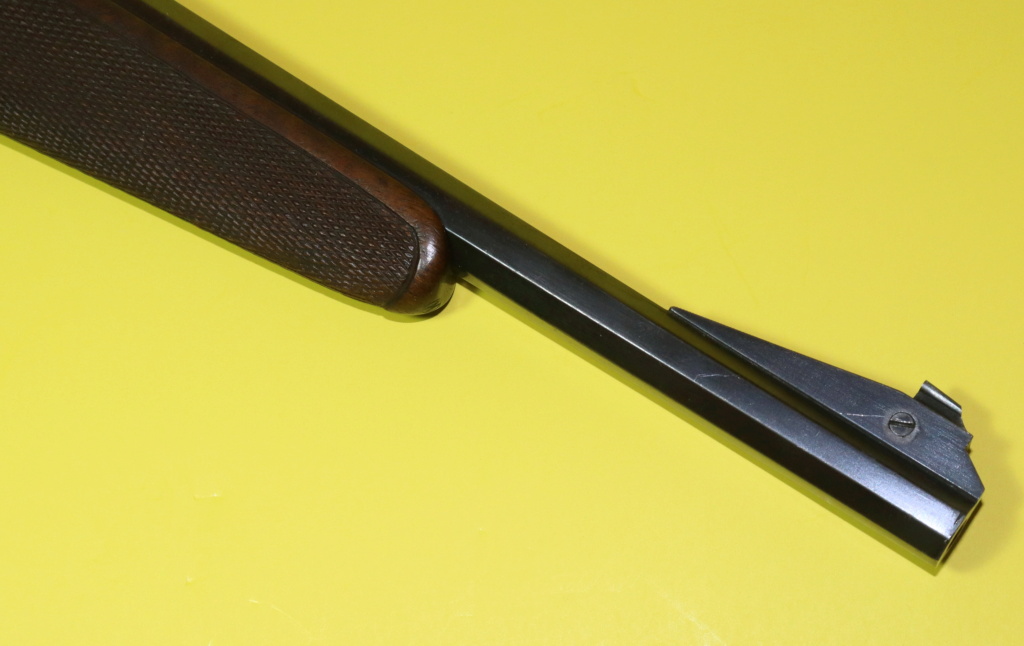 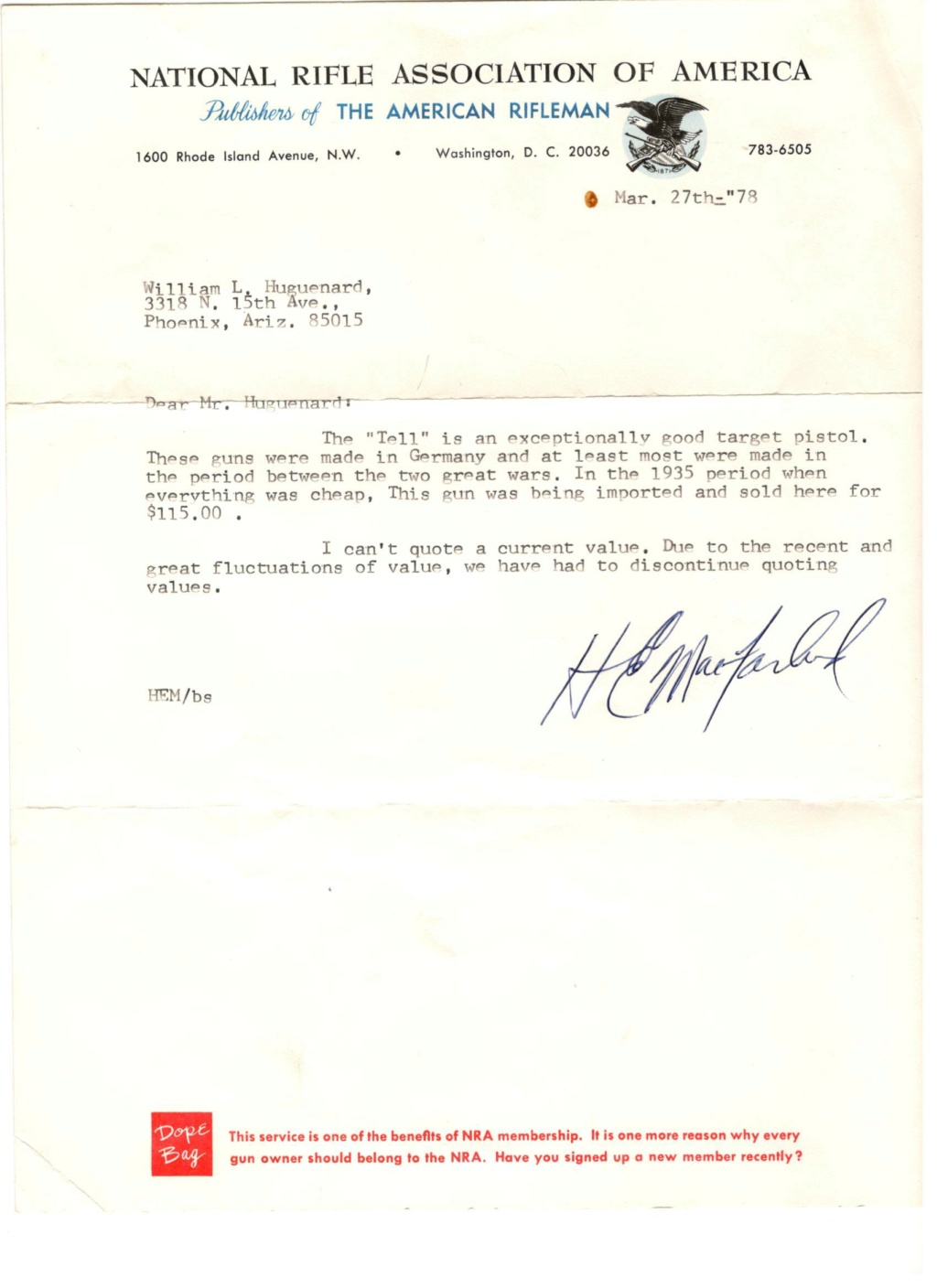 The lever on the left is to remove breech block. It is explained in this forum:
https://www.lugerforums.com/threads/does-anyone-know-about-single-shot-german-target-pistols.120651/page-2

The serial number should be under the fore end.

The lever on the left is to remove breech block. It is explained in this forum:
https://www.lugerforums.com/threads/does-anyone-know-about-single-shot-german-target-pistols.120651/page-2

The serial number should be under the fore end.

Thank you for your compliment and your information.  I think I knew about the serial number because I have it.  Taking off the fore end is not a big deal.

I didn't know about the lever and it's role in disassembly.  Seeing how sensitive the trigger is, I would not be inclined to disassemble the pistol down to the trigger assembly.  I did read the article you suggested.  Very interesting. Thank you.  The fellow from the Netherlands, Arjen, was very helpful to me in identifying a Roux Pallor Pistol that I have.  It turned out that it shoots 9mm RIMFIRE.  That ammo is just about impossible to get and I can't reload rimfire.  However, I found some Fiocchi 9mm Rimfire in shot-shells and they chambered and shot fine in that pistol.  Not good for target shooting but at least I confirmed the caliber and actually shot the old guy.    Here's a thread that I started about that pistol.

That pistol will probably be sold-off at some time as well.

As beautiful as my 1935-36 Stotzer!
I believe mine was built for one of the german shooters and it was used in the Berlin 1936 Olympics. Long time ago, I was in the contact with two gun museums in Germany trying to find out list of serial numbers used in those olympic games. There was also a German national competition in 1935 to decide who will be shooting in Olympics and the winner was awarded with brand new free pistol. Would be nice to find old notes from Udo Anschutz.
I would not take less than $2,500 for mine. 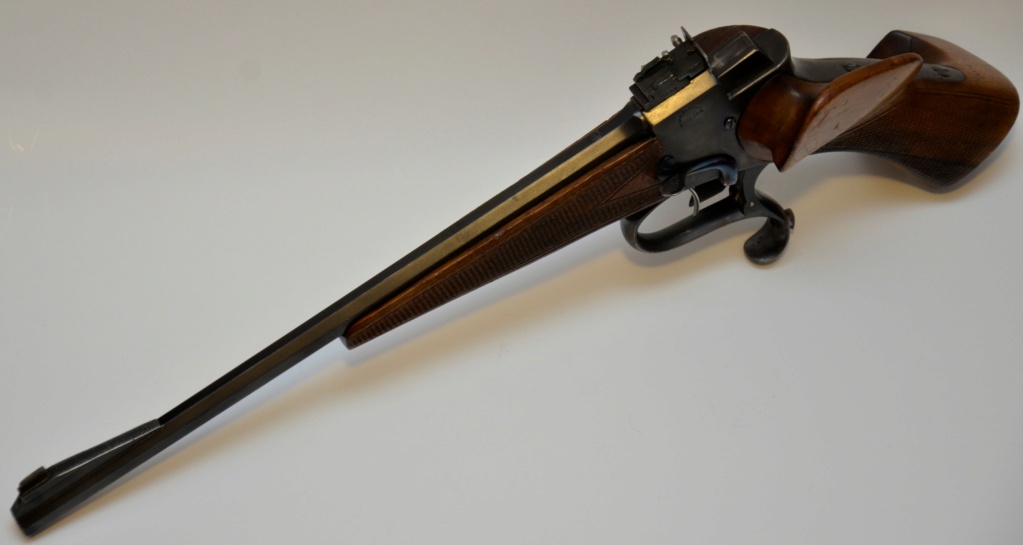 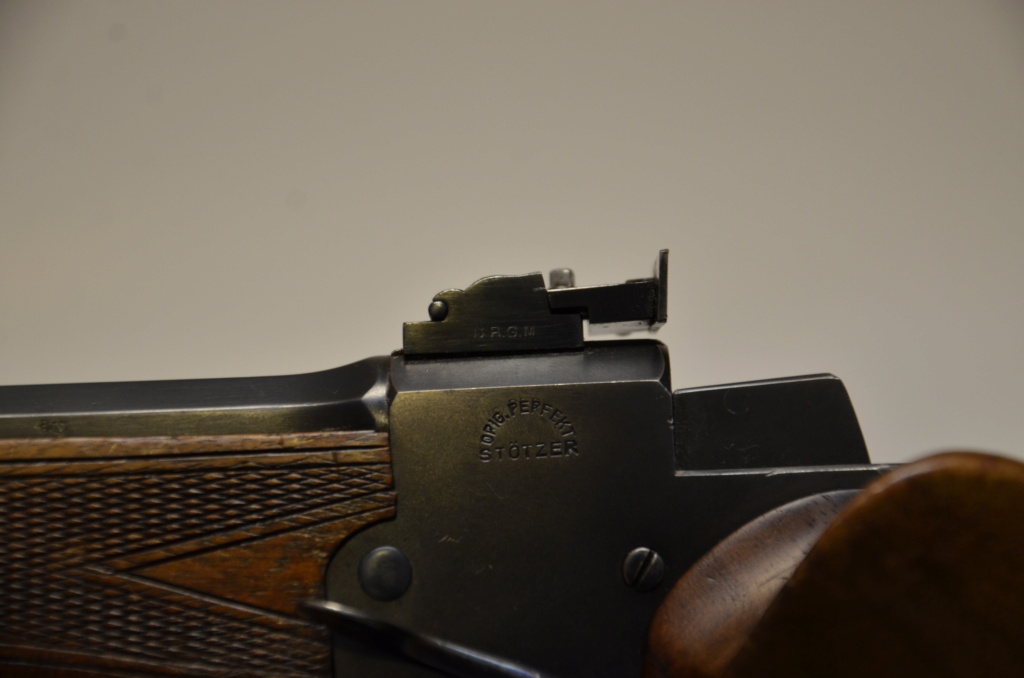 Very cool pistols, are these chambered for 22 long rifle?  They look like a lot of fun to shoot.

Yes.  .22lr.  It was a "legal" Free Pistol for International Free Pistol Competition which was .22lr, even back in 1936 and earlier.

I don't know if this model was actually shot in the  1936 Olympics. There were other makers, notably Walther, who were making competition guns for the German team.

I do know, from the NRA letter that the model was imported into the US for $115.00 after the Olympics.

Wanted: I will PM you

I want this pistol.  I have one real close to it as I collect these. Thanks Gary Malmquist

From my research, Tell was pretty common free pistol to come across but the Stotzer (Stutzer) was made to the order. Stotzer (national & international pistol champion) was nominated to the 1936 Olympic team but he let younger shooter to take his place.
This is ainterestion article to read:
Hilmar Stötzer-Zella St. Blasii – German Hunting Guns 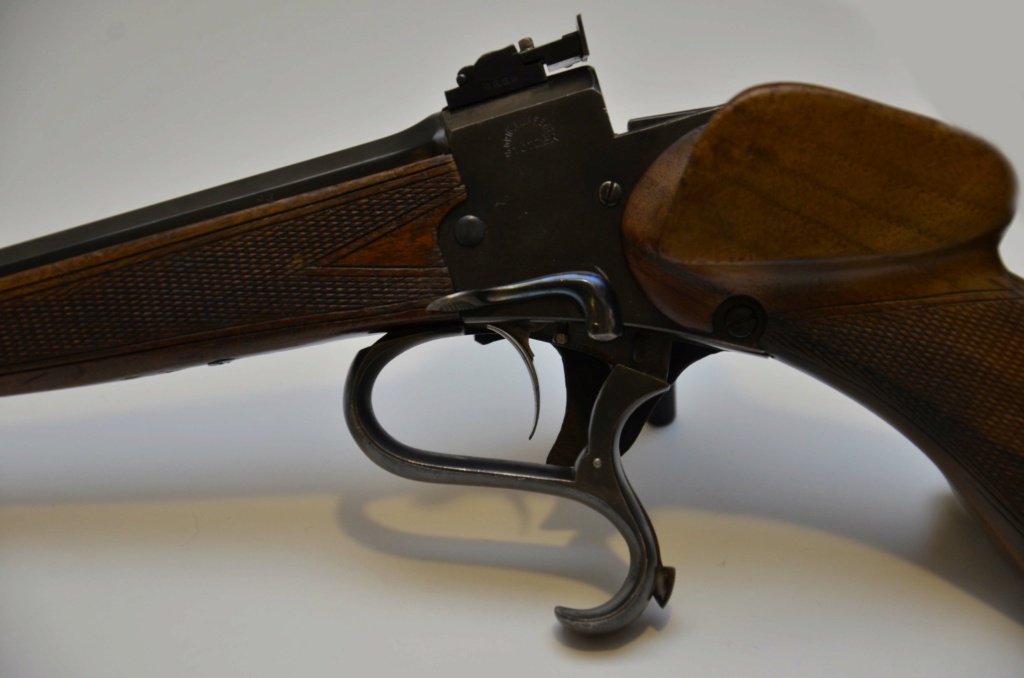 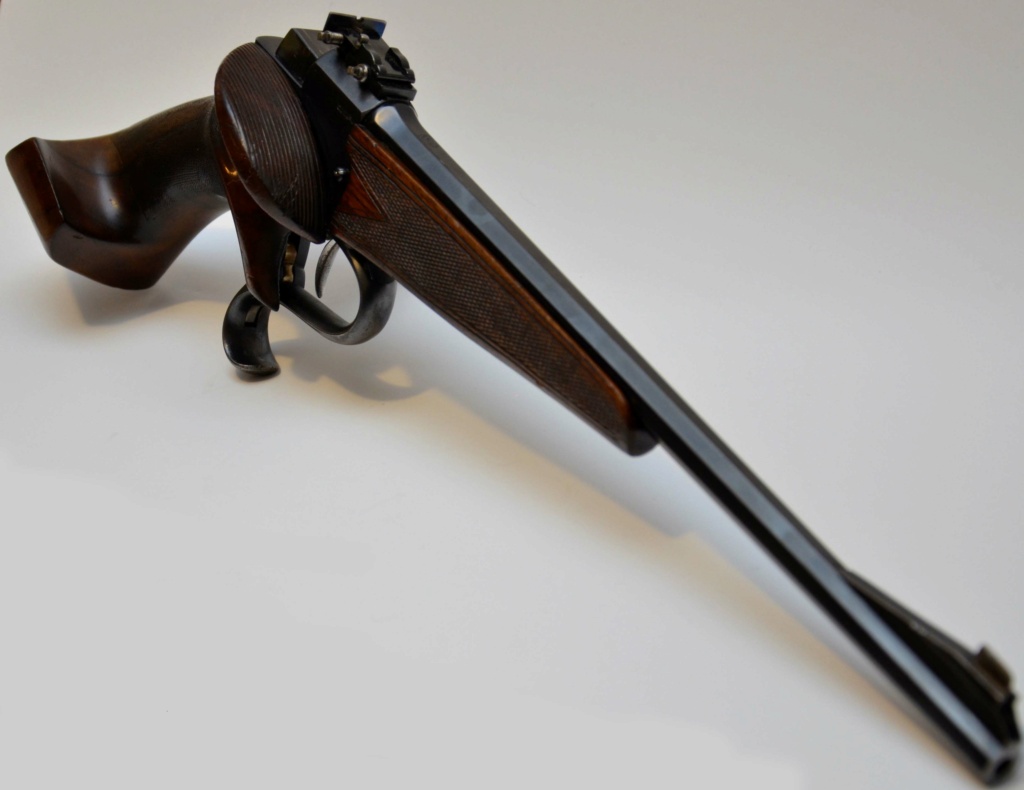