This one hurts to sell.  It’s a great pistol.


I won’t spend a lot of time in description or features because this group is well versed on these Benellis.  And my pictures should answer all (most) questions.


Here’s my story.  I actually bought an MP 95e based upon the gushing reports on this list.  This was around 2010.  People on the list couldn’t say enough good things about them.  I liked it but I wasn’t as enthusiastic about it as some. So, when this one came into the shop, I grabbed it.  (I think the “GunsAmerica” ad from Legendary Guns, on this firearm is still up,  but no price.  I bought it direct.)  I knew that I could easily sell my MP 95e on this list and I did.


Legendary will not ever sell a gun that’s been previously owned as new and they are hesitant to say “unfired.”  They’ll say “may be unfired.”  This pistol WAS unfired… I could tell by the clean magazine followers.


And… I loved it.  I loved the grips and I definitely liked the trigger better. (I was well used to a European two-stage).
I shot it, informally, for a month or so and, because I had so many guns then and was buying more… I went back to my stand-bys and new acquisitions and this one became a safe-queen.  I have less than 1000 rounds through it and probably a good deal less.


You can see my “filing system” for ammo which amounts to tearing off the flap on a box of ammo and shoving it into the case.  I thought this pistol did best with Eley Sport or Ficocchi SV… both relatively cheap practice ammos.


This pistol is as good as a used gun can be.  It is absolutely functional and there is no difference from when I bought it “unfired.”  I live in Flagstaff, Arizona, out of the desert heat.  Dry climate.  Stored at no less than 45 degrees and no more than 75, since I owned it.  It includes the manual and the cleaning/wrench kit.


There’s a stain on the case which was probably gun-solvent… and my fault.


Price?  I can’t find a single MP 90s currently for-sale in the US.  I find a few that were sold but with the sales-price removed.  I found one in Australia and one in Europe and I based my pricing on that.


I’m pretty flexible on payment depending on how quickly you want it shipped.  My FFL to your FFL.  Shipped USPS Priority (usually around $25.00)


I’ll leave it off GunBroker for some time so that the folks on this list and mull it over.


Any questions or comments, feel free. 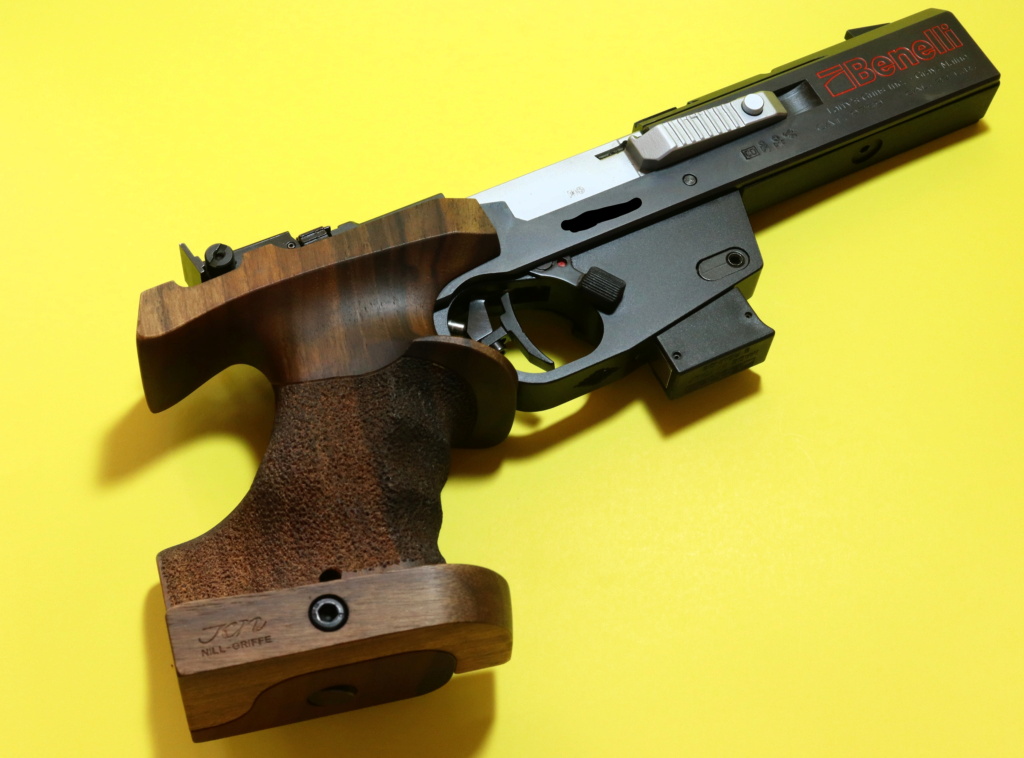 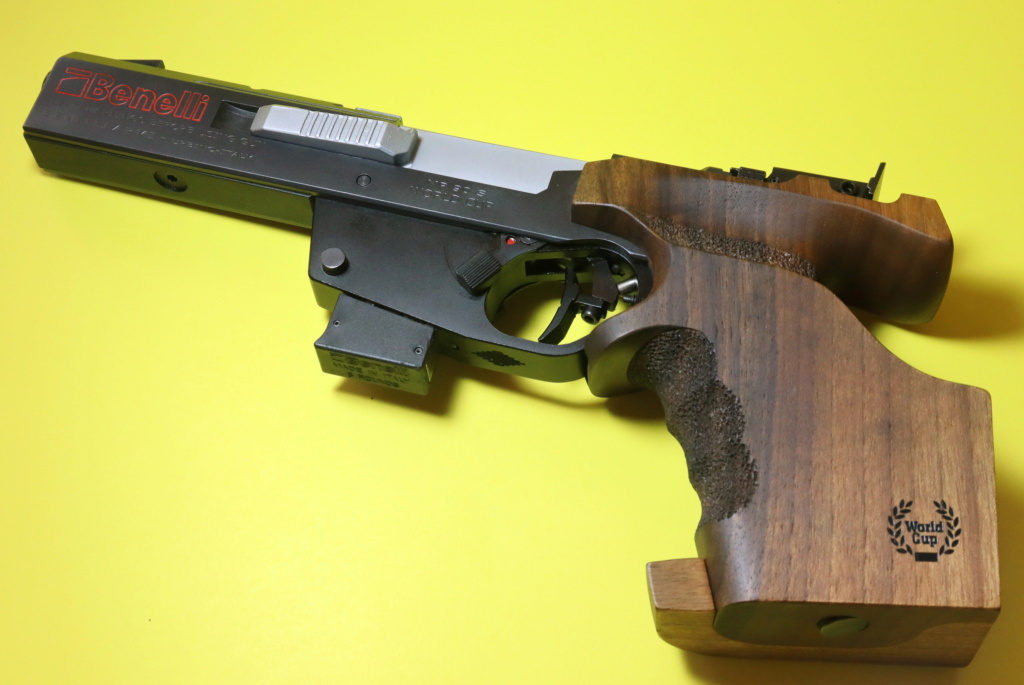 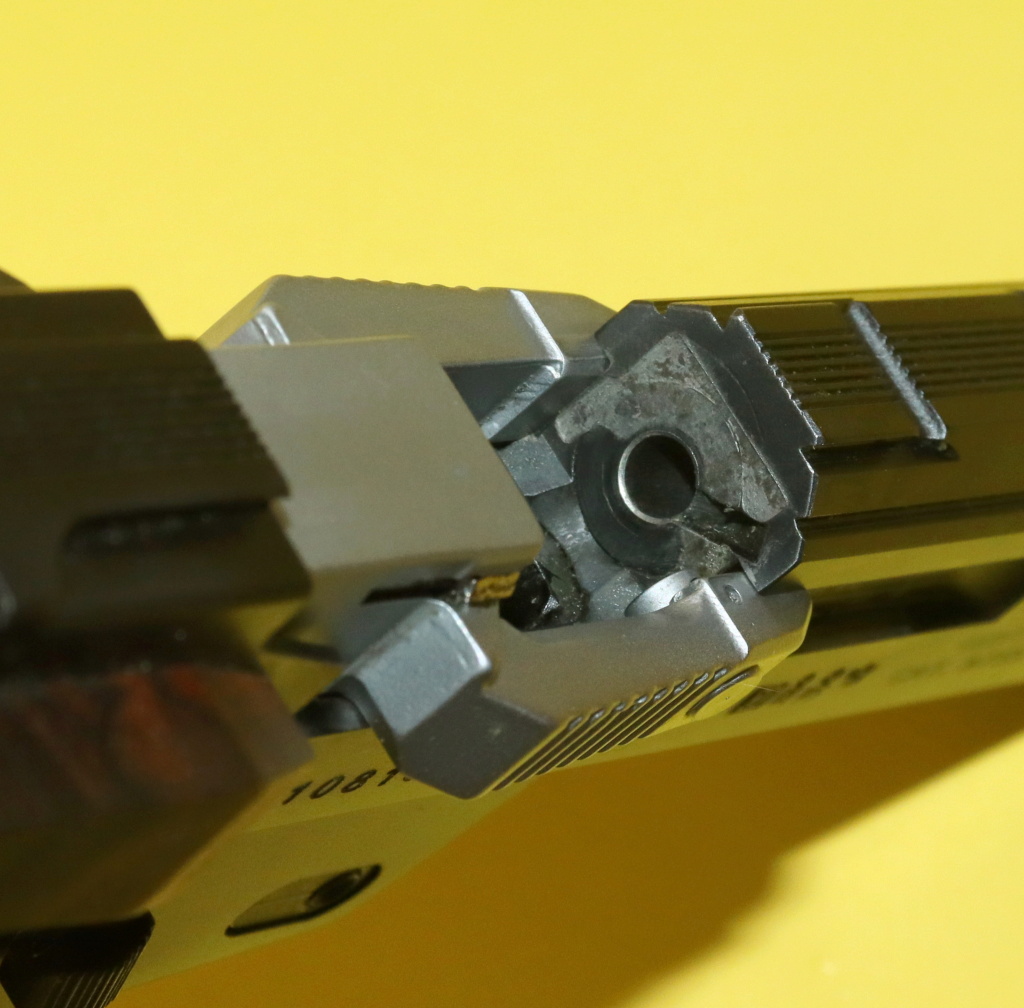 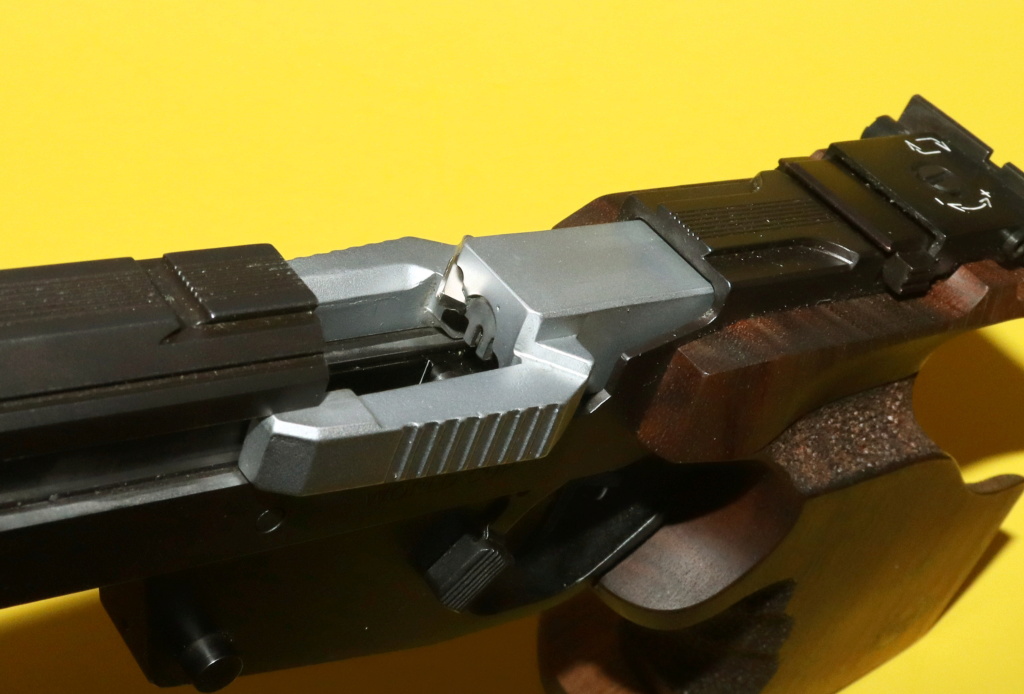 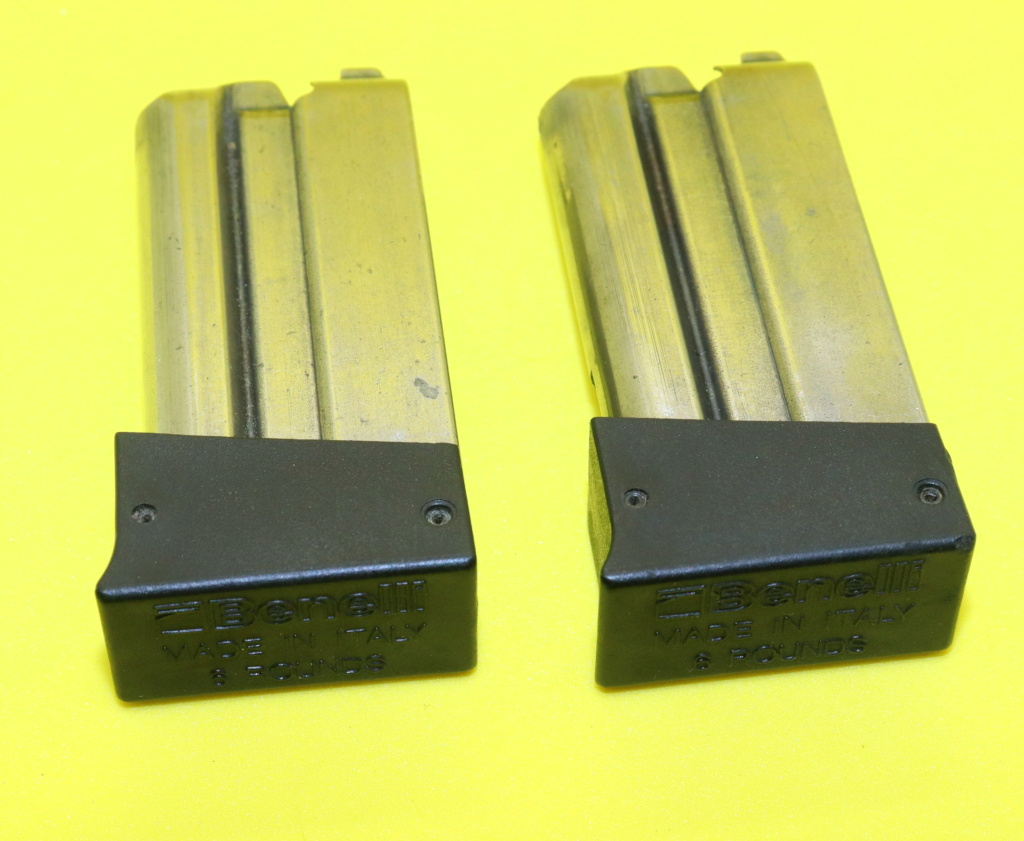 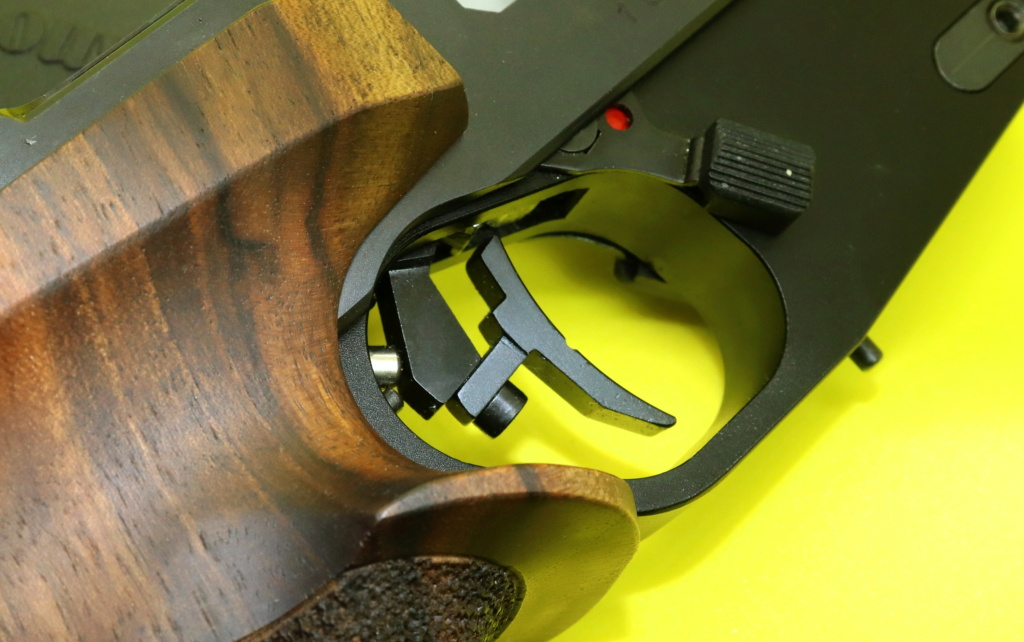 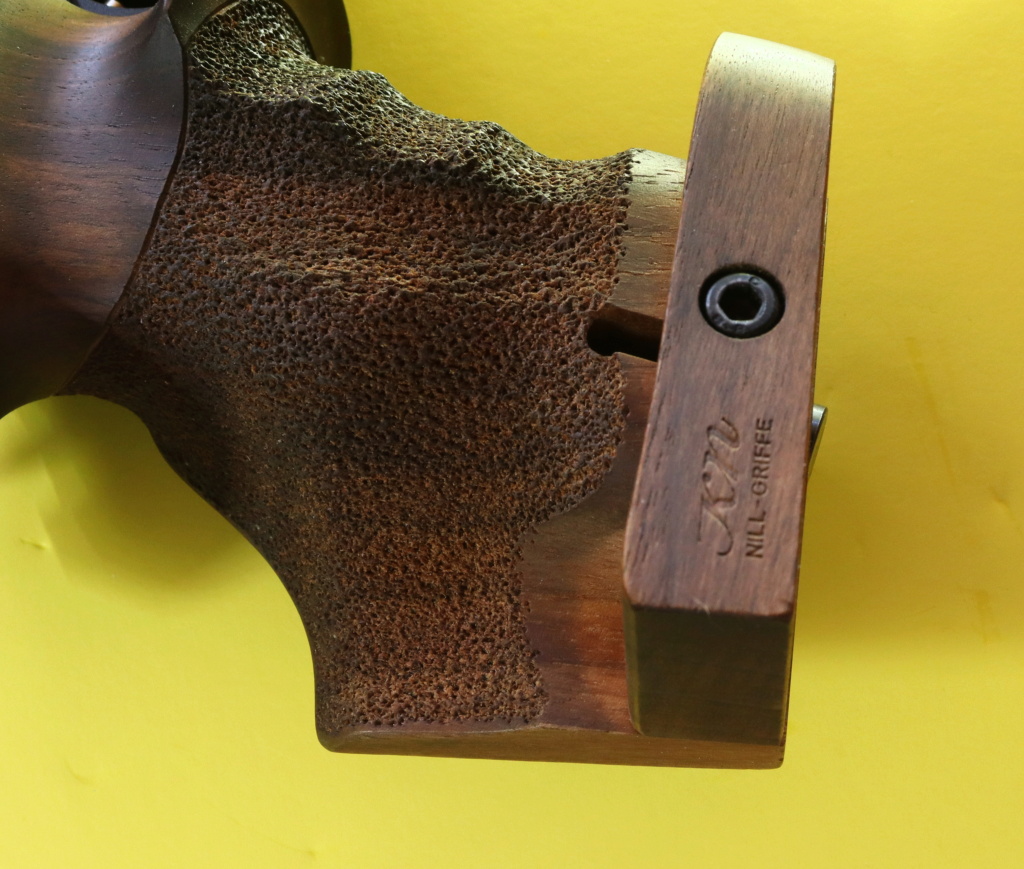 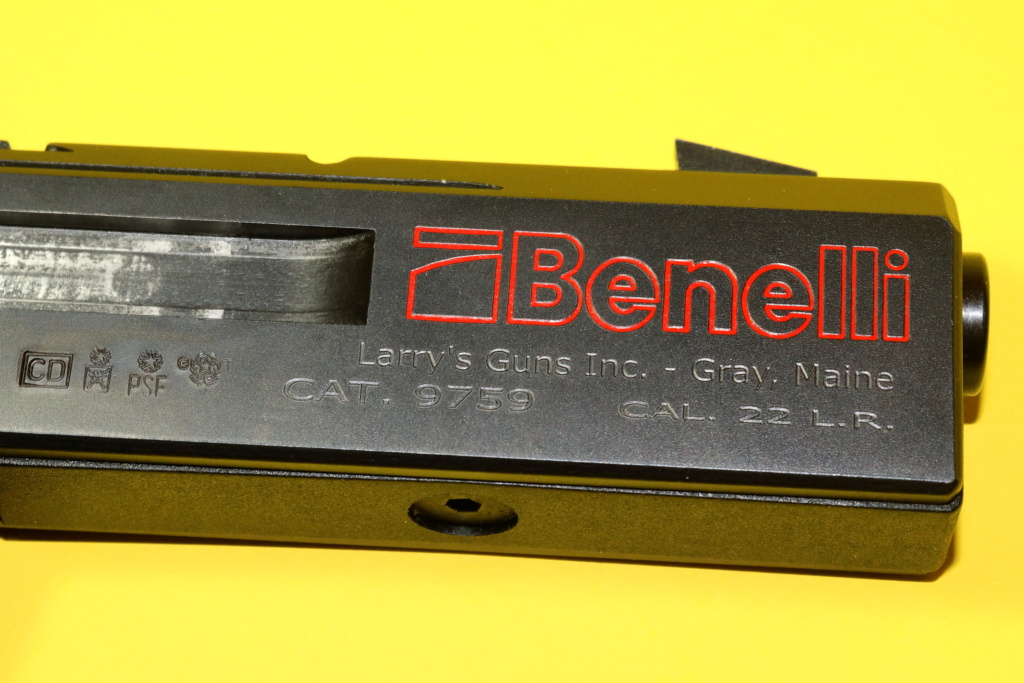 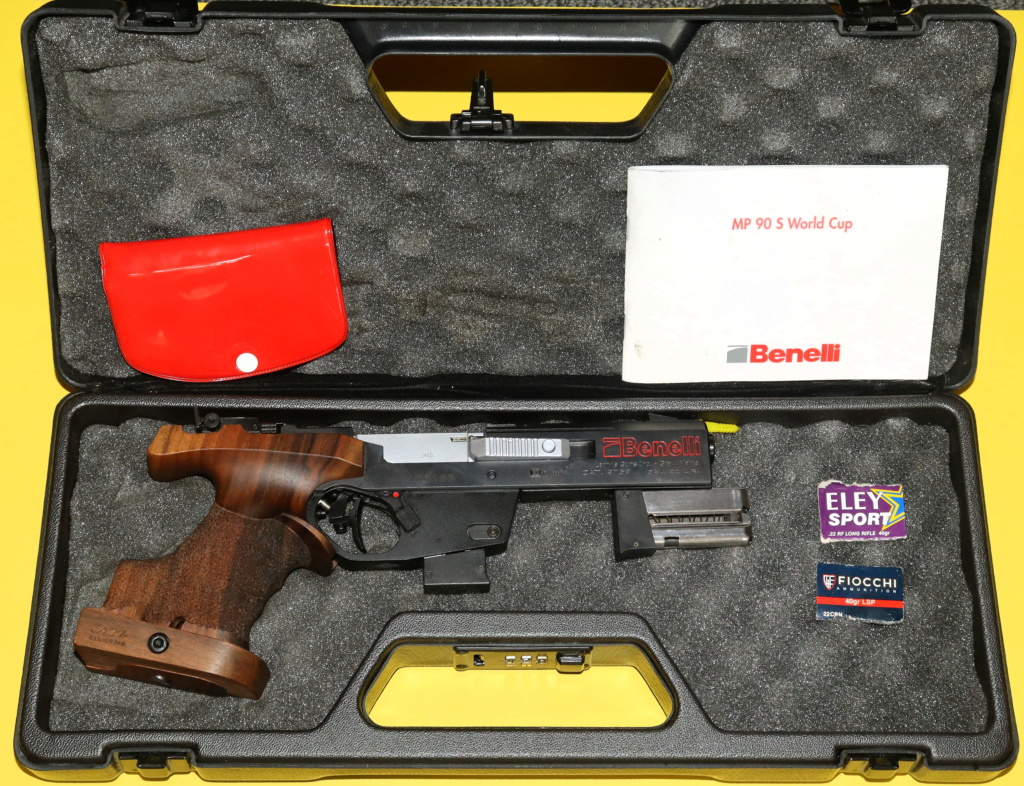 I have one of these. By far my favorite .22. Seems like a fair price. Someone will be happy!

A real plus for this pistol: It has the cross slots & grooves on top for optics - the newer Benellis do not.
After a PM w/ seller, I think the grips are not large size (which I'd need).