I earned most of my leg points with this pistol, and so it is proven in that it can hold a group- or at least, enough to gain a leg or two. After I legged out at Perry this year with a 1911 from Jimmy Glenn in 45, I thought long and hard about whether I'd like to keep this, or if it might be better used to help someone else on their journey, and also help me pay for the 9mm wadgun I ordered from Rock River...

This pistol had a minor trigger job from KC Crawford in 2017 or so, at the GA State Match that year. When I say minor, I mean that the factory parts were addressed; no kit from KC was installed. The pistol has a slight roll in the trigger, with a small amount of take up- a poor man's medium roll, I guess. The pistol was then sent to Dave Salyer, for a rebushing. Why not a rebarrel? Because, when I measured the twist rate, this pistol measured a 1:10 twist. This means it can stabilize the heaver 147 bullets that I liked to use at the short line (they are a touch softer than 115/124) using JIMPGOV's load data with 4.0 WSF. It also meant I could use them at the long line, and I had success with that, too.

As I said, this pistol has earned me points with very minor work. It is otherwise stock, and will come with the original case, two factory magazines, and original bushing. I believe I purchased the pistol in 2015 or so, but don't recall for sure. The round count is about 2k. 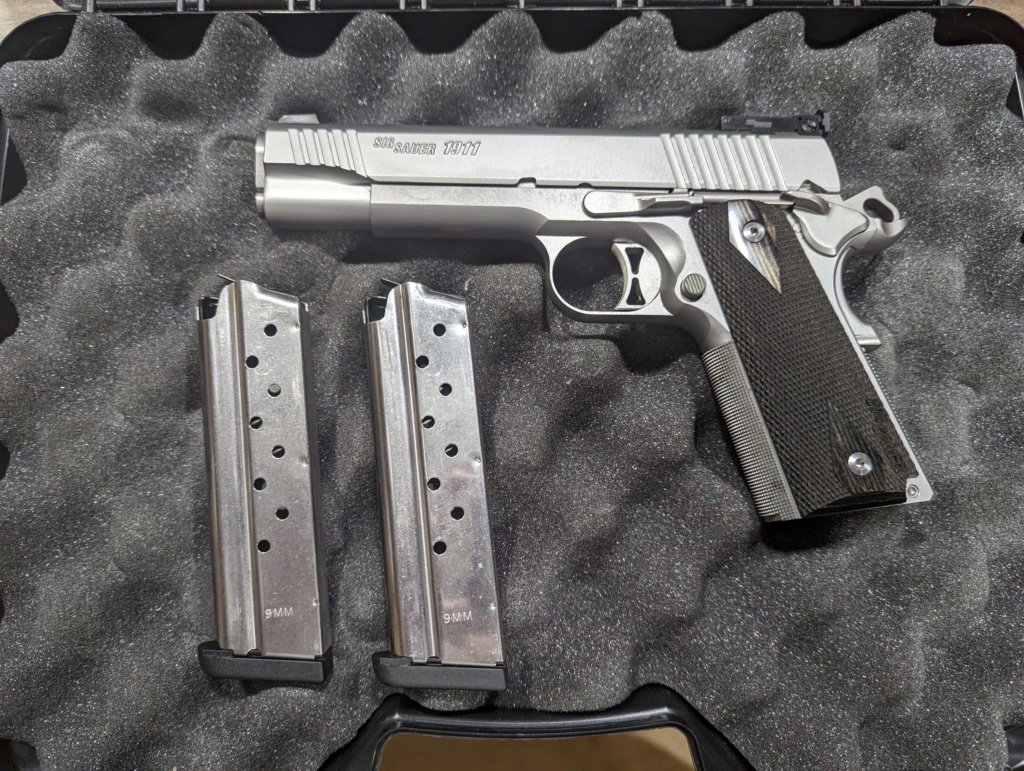 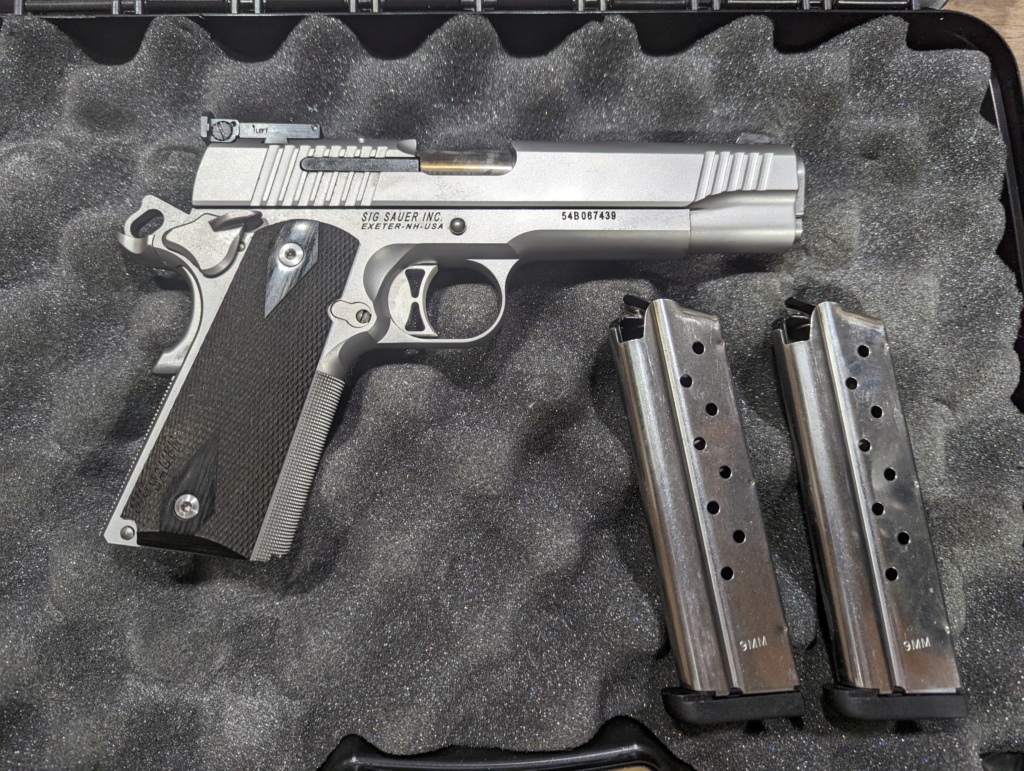