I would like to give away my Hebard BE gun box to a deserving soul. Pickup in Littleton, CO or pay shipping costs to your door.  Box is in great condition. If interested, I’ll post pix.

May I suggest donating it to Fred Totts or Mary Badiak? They run the Ohio and NJ junior programs, respectively. Or any other junior program for that matter.

I'll go one step further. If you donate it to NJ, I'll pay the shipping! (Sorry Fred)

Texas also has a junior program that could be in need, though I am not sure of their point of contact.

To make it even, - I'll be happy to pay postage for shipping to Fred Totts!

Ok, Colorado, who’s it gonna be?

Paul, great idea. Been a long time. Hope you are well.

I am a contact for the Texas Junior Pistol Team.

Gun box "kits" are exactly what we have been talking about getting set up for new or pick up shooters.

What is a gun box 'kit'?  Does someone make these?

shootingsight wrote:What is a gun box 'kit'?  Does someone make these?

It's a box which holds 3 guns plus a scope, etc. All-in-one - best to have a cart with wheel for ease of carry, etc. I find the gun box ( materials used for construction ) too heavy to lug around 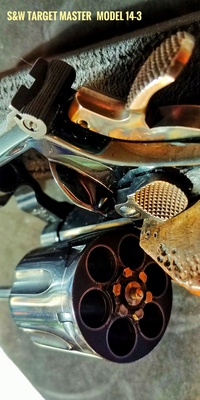 Sorry I was not more clear.  I know what a gun box is.  I was asking about the 'kit' part.  Someone has recently suggested that since Pachmeyer no longer make gun boxes, I should look at making them.  This is why I was curious if these are already available from other sources as a DIY 'kit'.

I saw someone advertising one at Perry, looked to be made out of plywood, for $350.  I also saw Champion Shooter Supply (or was it Champion's Choice), who had a VERY nice steel one for sale, but they wanted $925, reduced to $700.

So I am just trying to get a feel for if there is a demand that would justify putting something together. 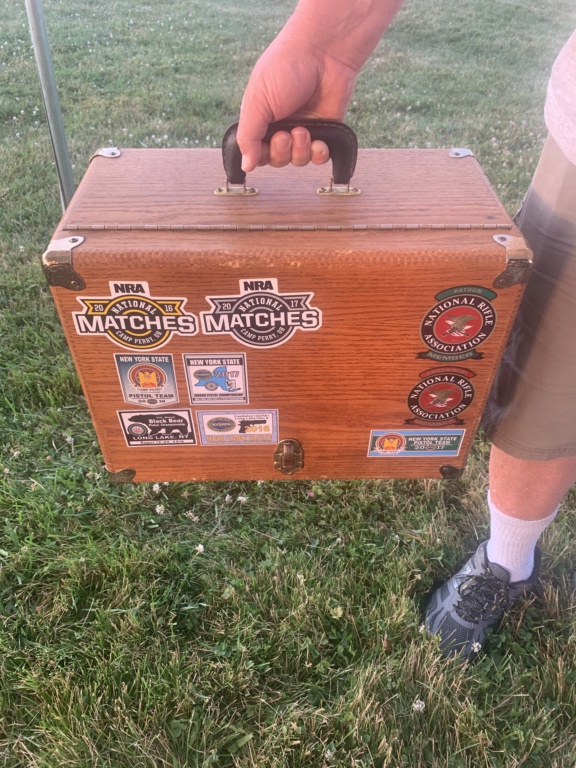 I will take it please

I will take it please

When I see the term "kits" it kinda makes me think along the lines of "flat pack" IKEA style wooden furniture. Unfortunately, even if someone had the precision cutting/routing machinery and willingness to create a kit, one of the important requirements of a good Bullseye box is to minimise weight, whilst still being robust. Thin(ish) plywood or Aluminum sheet are the usual raw materials (blow molded plastics typically require big production volumes to be economic). Connecting together pieces of thin materials securely is a challenge and generally requires fairly specialist tools and techniques. Therefore, IMHO, the "kit" approach is difficult.

If someone has access to a decent amateur woodshop or possibly a sheet metal shop, maybe there is a market for producing box carcases to be sold on for furnishing and finishing by the buyer. There have been many threads on the subject on this Forum during the past couple of years. It is essentially a "labor of love" and unlikely to produce sufficient return to make it commercially viable.

There are lots of retired folks out there who like to build bird houses and similar small wooden items (the All-Ranks Club at Atterbury had a display of such items built by a Veteran). Maybe if this Forum came up with a "standard" smallish box design with modest material requirements it might be possible to interest hobbyist woodworkers to build the box carcases?

I think the idea of an ikea style kit is workable.  Thin aluminum plates can be laser cut very efficiently, including having all the screw/rivet holes already correctly placed.  Corners are formed by using aluminum angle, either on the inside, or the outside of the plates.  Aluminum angle could be similarly prepped, either using extruded profile, or laser cutting, then bending in a press break (the latter having the advantage that again, all the holes are laser drilled in the correct locations).  There is hardware to be assembled - handle, latches, drawer slides, hinges.  But that job becomes easier if you are doing a bunch of them at the same time.

Normally, this type of thing in metal would be assembled by taking one big sheet and bending it to form corners.  But if you accept that all corners will be formed by angles with flat plates attached on both sides, suddenly this project becomes easier, and can be shipped as a flat box.

So: pop rivets, or screws with nuts?  Since you are laser cutting the holes, you could even put square holes in the plates, then use carriage bolts for a cleaner look.

Since this thread is about a free box, I'll start a new thread about developing a kit.  I'll start developing it in CAD.  That way, if any of the community want to contribute with design ideas, I can post drawings for people to critique or build on.  There is a laser/fabrication shop right down the street from me that I have done business with, so we might actually be able to pull this off.  An Ikeish pistol box ...

My son is just getting started

My 17y old son is just getting started in pistol and has recently shot at the 4H Nationals in Nebraska. This box would be a great start for him!
I have friends in the area who could pick it up, if available..