Some where, Jon and I were talking about the two.. I can't find it now.. But here's a pic of a freshly machined cone, ready to install.. 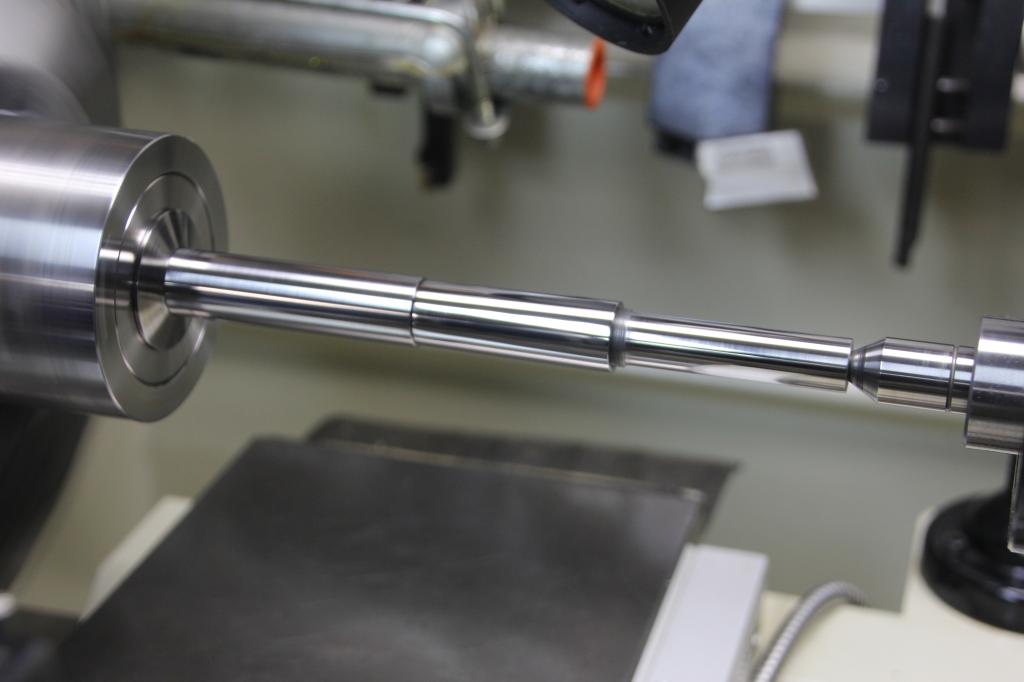 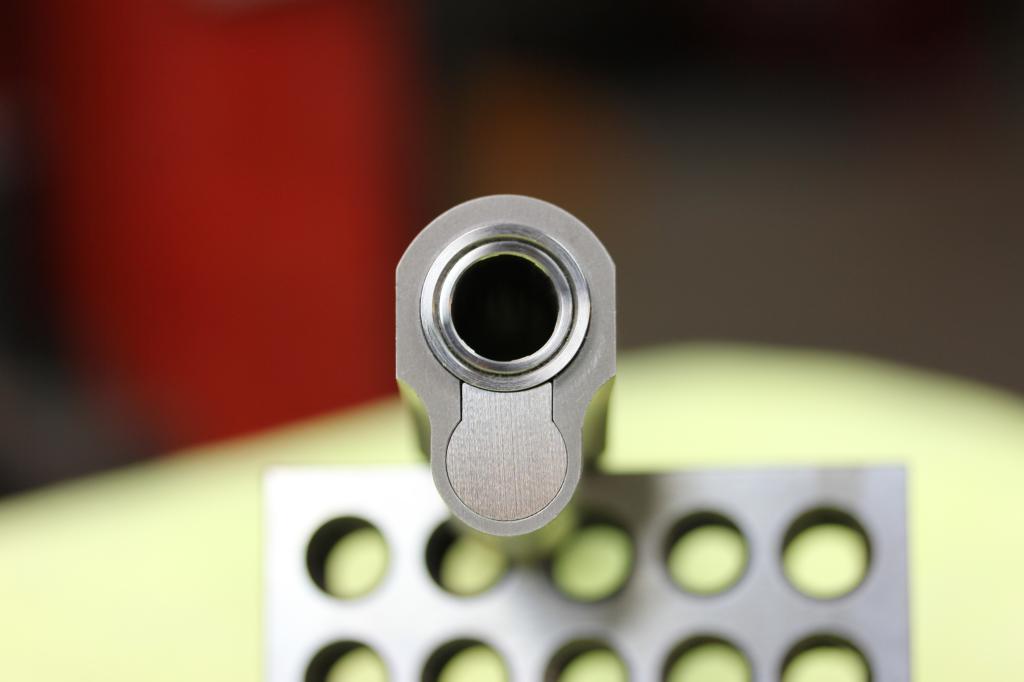 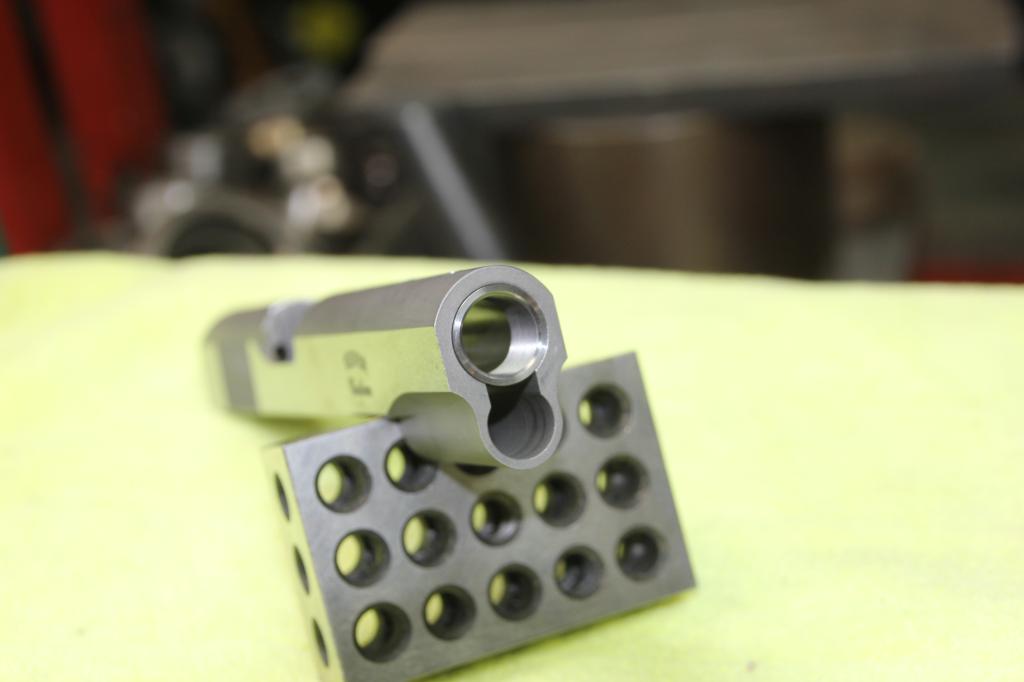 I'm new to 1911's... does anyone have a cutaway of a cone setup so I can understand the setup better?

38Super!! wrote:
Re your earlier post above on the subject, was there a noticeable reduction in recoil for your lady shooter for which you or she can attribute in aiding her shooting ability by using a coned barrel after her injury?

Given her noteworthy rapid rise to Master, one has to wonder if the coned barrel played a a role?

Hard work on her part and superb support on yours in more than just gunsmithing surely were the critical factors.

Finally, her exemplary performance at Perry last year as well as that at Cavalier in the recent past and subsequent rise to Master has given us who languish in the Expert class new hope to fare better in the standings at Cavalier.

I did a comparison of weights..
The cone adds  approx. one ounce to the barrel. The over all outcome in  her case was the sum of many other modifications which are more race gun than traditional bullseye gun. Again I thank Chuck Warner for his advice as a race gun builder.. The slide has been lightened considerably, and cycles very quickly. It matters somewhat where that weight is removed.. Taking the optics off the slide helped a lot!! Lead only projectiles at bullseye velocities, and springs that assist in recoil recovery during sustained fire.
In this pic you can see the slide  has cycled completely, the casing can be seen still in the air close to her thumb, there is some cant, but her arm is very close to its original attitude.. I have lost count of the RFs she has cleaned..

DavidR wrote:What is the cost to have you switch a bushing gun to a cone on say a range officer?

Unfortunately, there's only a few guys I'd trust to do one.  Joe Chambers, Bob Marvel, Jerry Keefer are the only ones who come to mind.  The last 2, even more unfortunately, are no longer taking on customers.  You would want to do a full accuracy refit so I'm sure you'd be looking at 2.5-3k.  When Joe finishes my wad gun I'll post pictures...

Jerry, is there anyone else you recommend for this type of barrel work?

Sorry Steve,
I can't think of anyone else who is using the cone..

dstates wrote:I'm new to 1911's... does anyone have a cutaway of a cone setup so I can understand the setup better?

Doug
I'll make a pic of the barrel and cone assembly tomorrow... 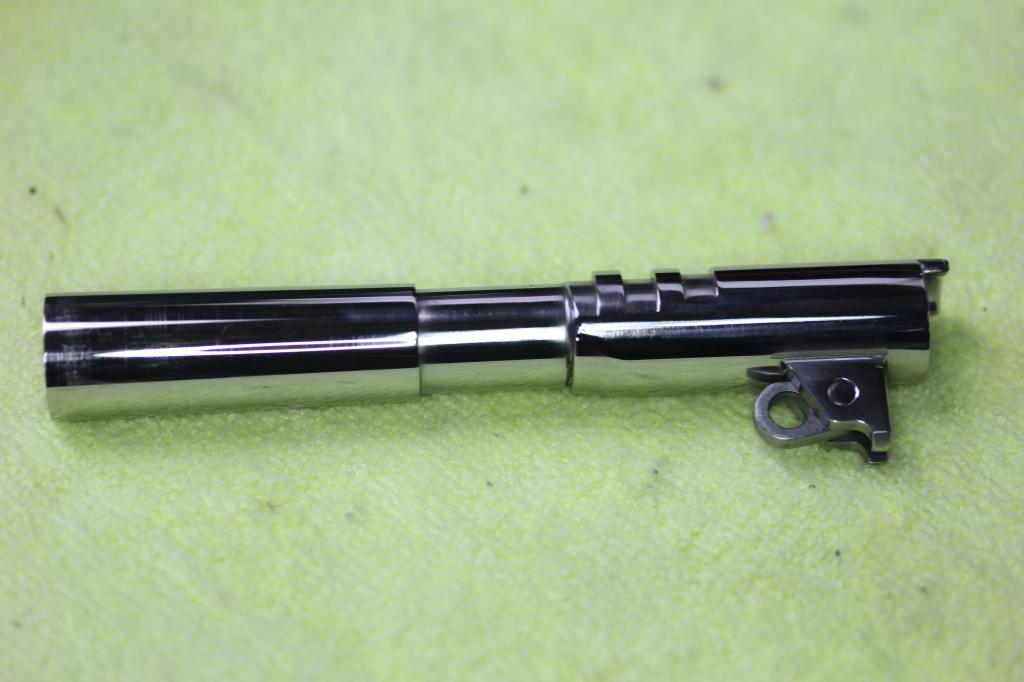 Jerry,  What keeps the cone in the slide?  I'm missing that part of the puzzle.

It's locked onto the barrel..so the slide ID is the bushing..

Sounds like cones are great.  But I'll likely never see one!

Being stuck in the house during this convid 19 thing is tuff. I decided to make my own cone for a 1911 9MM barrel that didn't quite fit up the way i wanted it to. This is for a pistiol that I shoot steel with so it is not exactly a Bullseye topic.

Jerry Keefer wrote:Yes, cones have been around a long time... Someone researched it on another forum, and was able to closely determine the origin. I have only been doing them for about 5 years now.. Bob Marvel used them, Joe Chambers, and Chuck Warner a noted race gun builder, influenced me to give them a try in an effort to reduce recoil for my lady shooter after her injury.. I really like them..
Jim Stroh made many barrels similar to the coned compensated Clark pictured above.. I have many of his prints, and they are dated
late 80s early 90s

This is the first 38 Super Comp pistol built by Jim. I believe it was 1985 when it was completed. 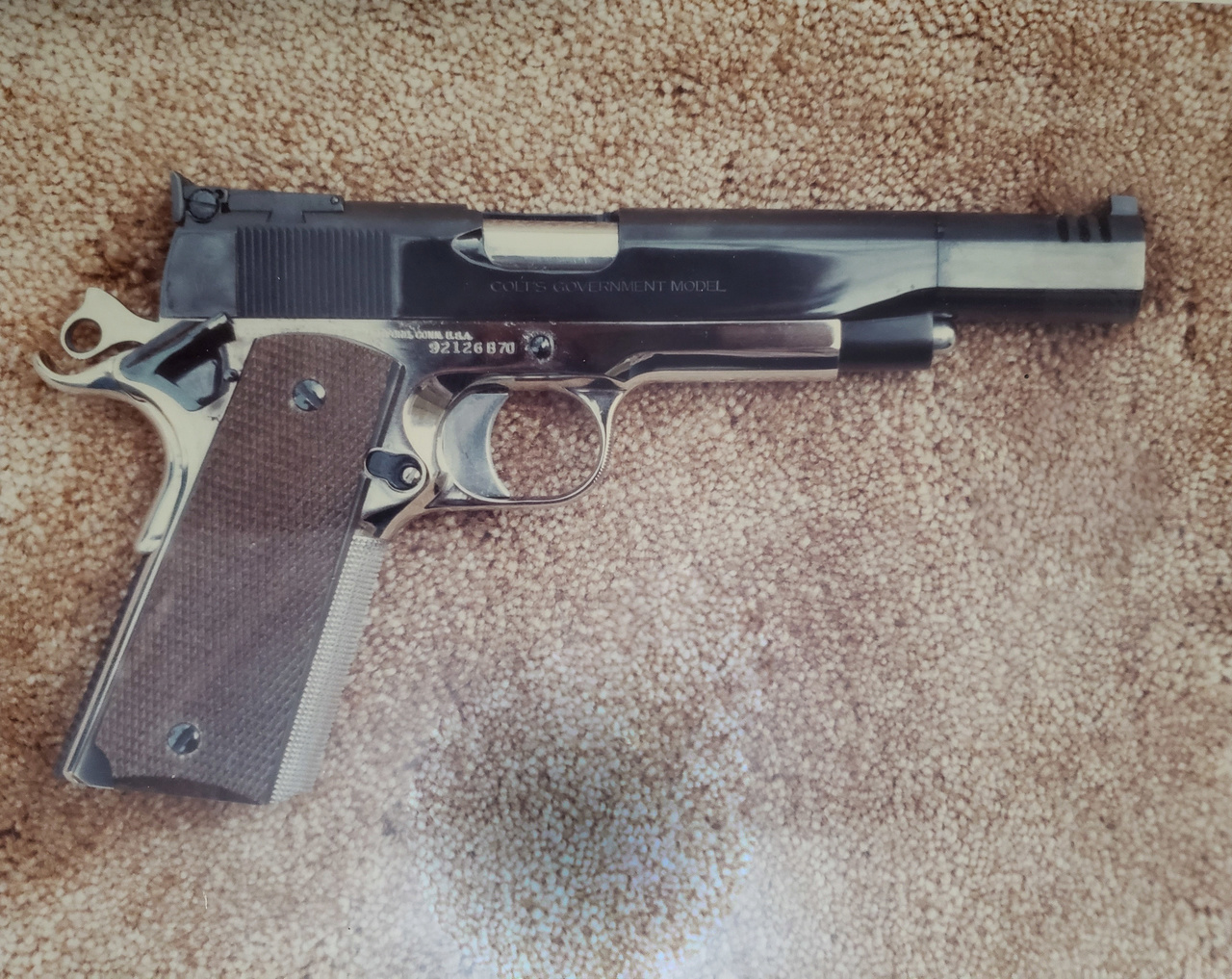 8eightring wrote:Being stuck in the house during this convid 19 thing is tuff.

I'm curious, is "convid 19" a typo or are you trying to imply something?

This is timely... my current project... the barrel is 6+ inches and the brass is only a muzzle weight... going to make an aluminium one as well to try different weights.