For all the talk about the new rules regarding pistols and any jacketed bullets in some way "cheapening" the Distinguished Pistol award, the new 250 point minimum score for EIC points has been strangely not so controversial?  A quick peek back at the CMP Competition tracker results show lots of people getting leg points with scores below the new minimum.  Yes, they did it with hardball, but I think the game just got harder for the guys who were getting legs at matches with 6-10 shooters and low scores.  I support the new rule.

According to cmp 16 is one silver and 1 bronze. You don't get a gold until 36 shooters 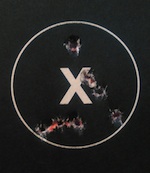 It would be a pretty big conspiracy if someone got a hard leg in a bogus match.

Some people will try to cheat no matter what. I think it was the 2011 Eastern games; two shooters placed well in rifle and pistol. They scored for each other. They turned in bogus scorecards. They were caught however. The rifle guys pulling their targets refuted their scores.

I've asked before. I'll ask again. Where are the people getting undeserved hard legs?

Dewey is right--My bad.
You can get an 8 point award with 16 or more shooters and an 8 point leg counts as a hard leg.

I don't think anybody disagrees with you that when you win a hard leg, you have truly earned it.

I don't know where but it wouldn't be hard to do. Take my club, yes we do have a few 2600 shooters and they wouldn't get involved nor do I think anyone else would either. However there are those that are willing to cheat and you have stated. If I were so desperate to to cheat I could easily do it. We have quite a few IDPA shooters at my club, I could easily get 20 shooters to shoot the Leg match. Not knowing what they are doing they wouldn't have any Idea what I've done. After the targets are burned I just send in a false score to the CMP!
However I don't see what that had to do with minimum score, I could send in any score for my friend later he could do the same for me. Furthermore I don't see what all the concern for the Minimum score is! 250 is below Sharpshooter. With the rules change Service Pistol is dam near NRA Bullseye before the winner at Camp Perry stared the Red Dot use and prior to that most used Iron sights with 185gr bullets. Back then the iron sight shooters started pissing and moaning that the Red Dot gave the shooter an unfair advantage. The NRA started a survey, all competitors that shot the matches were asked what they were using and eventually ruled that the Red Dot or Scope provided no advantage, many of the records were set with Iron. Therefore looking back to then a 250 being lower that Sharpshooter was an easy score with Iron sights! Ball back a few years was shot with 230gr round ball ammo that was issued. You had no idea where it shot! 250 minimum will not stop cheating as I mentioned above but it will make getting a Legitimate leg by rigging the system by bringing in the necessary shooters needed to increase the number a little harder. Nor does it make a leg harder to get!  My point is Learn to shoot Good and attain scores above the minimum required and not worry about the minimum score!

I'm sure every shooter is working toward their best scores. My best 40 shot match was 356 at the 2011 Eastern Games. I had a 266 at another leg match at Butner. I'm still working to crack into the Expert score range. In all recent years, the scores would leg at Perry and make the P100.

Here's some data for consideration. Let's look at the 2014 Fleet Forces Command Match. There were 71 non-distinguished Navy shooters. The top score was 248-1. The 7th score was 229-2.

I wish I had access to the other service's scores. I expect they'd all be similar.

With the new Civilian rule applied to the armed forces, we might never see another Distinguished pistol military shooter.

My problem with the minimum score is the fact that it may very well be tougher for civilians than for the people earning the military badges. The military shooters also have the ability to shoot EIC combat matches. This imbalance strikes me as odd.

That's why I think the rule they had before that at least one leg had to be at Perry. Look at the numbers of distinguished medals won in the later years as opposed to the early years. The number has gone up quite a bit and probably due to the rule change that removed the Perry requirement.Plus you also have to understand shooters in the military were using Rack Grade Pistols and issued ammo and probably no time to practice.

The military shooters I've seen are issued match guns and match ammo. They are provided equipment and instruction.

I've received no coach or orders to practice. I've not been issued a gun, ammo, or range time. All my expenses are paid from my pocket. I still don't feel that civilians should be held to a higher standard. You either beat 90% of shooters or you don't.

Forcing a leg at Perry will definitely keep the number low. The bulk of American shooters don't live near Perry. I haven't been able to get there since 2010. That shouldn't be the deciding criteria for the badge.

Any matches for legs here are regionals or state championships. They are well publicized. If a low score takes the day because the ringers don't show, it is still no guarantee of that shooter ever winning the badge. Shooters in the hunt will go to that match the next time. Competition is what drives scored up.

I don't know of any match grade guns nor ammo available to be issued to members shooting a military match. Only ones that have it is the AMU at Benning. Security personnel do have guns when they are on duty only (Don't want to add more about the security issue) The only military personal that are allowed to have a gun away from the range are also the AMU. When the AMU travels to different bases to give shooting instruction they use rack grade guns and issue ammo simply because an excuse for not shooting good will be that the instructors are using decked out tack drivers and they have junk. If a non AMU shooter is at a civilian match they have their own privately purchased gun and ammo. At this time I don't know about the Guard or Reserve shooters.
I can understand removing Perry especially from the standpoint of those in States like Hawaii! But lowering the standard just so anyone can get distinguished if the right situation comes up such as the "ringers" don't show. Who are the ringers? a few guys that put extra effort in to be able to shoot better? What happens to the "ringer" after he gets 30 points and one being a hard leg? He gets distinguished and removed from the group of non distinguished shooters. After all the 250 required is a high marksman score, what's next issue a medal to anyone showing up? However the "ringer" gets replaced with another "ringer" willing to put the extra effort in learning to shoot better.

You're speaking from a very Army centric place. The guys at All Navy are using match guns and ammo.

The civilians are the ringers at the military events I've seen.

Your correct, My son is coach of the AMU so I know more about AMU shooting than others. He might have mentioned other services over the years but I forgot. He has been named the Military contact person to the CMP and NRA I can get the information if required but I can't see why. We have an ex-submariner at our club that is very active in shooting and meets with Navy shooters at Perry, according to him Navy shooting has lost funding so they do it at their cost.
I also admit I haven't kept up with the rules as dictated by the CMP because I was Distinguished a long time ago when it was the DCM and I received a civilian medal from the Dept. of The Army.
Depending on the Match, civilians usually do better than the military simply because they are not the top shooters funded by the military and are there on their own dime. Actually all the Military shooters now pay for the match out of their pocket, funded shooter get reimbursed.
The problem I see is that these rule making organizations both NRA and CMP look at matches with $$$ in their eyes. Especially the CMP! Ohio is making a fortune at Perry and the Air Force Exchange gets a cut from everything sold on Commercial Row!
A bit off topic but it's doing more to lower attendance than can be changed by adding matches and changing rules.

I understand. I've met and shot with Adam. Hawkins was still at AMU when I used to go to Benning as a coach for NC State Rifle. I'm glad it's Adam now. He seems a better fit.

I got to go to Bragg to teach rifle to a group of the 82nd. Pockets of the military see the value that civilian instructors can provide. Funding for marksmanship instruction is woefully inadequate in most areas of the military.

I'm in the thick of the hunt now. I eat, breath, and sleep this stuff. I hate the rules changing while I sit at 28 and 26 points toward Double Distinguished. I've been shooting irons and hardball at every match. I dropped the M9 just to try to get the last medal with the 1911. I made the change because I got tired of hearing a bunch of "old timers" say the M9 was easier even though they've never shot it. I'm very hard headed, but we'll call it determined.

I don't want the cut line or anything else to stop guys from going to matches. There are people that will hear a cut score and figure "why bother?"  We need those guys to attend and get hooked.

If a fluke happens and one of those guys gets points, he or she still won't leg out without tons of work, tons of matches, and tons of money ceteris paribus. Clarence Perkins is banging out really high scores, but he cannot get to a big enough match for a hard leg.

I can say a lot about Hawkins, unfortunately nothing good so it's best left unsaid in an open forum! 9mm in my day was not very good so I legged out with 1911. Now the 9mm with the bugs removed and fixed up shoots good. Best place to go is Perry, lot of shooters and all Civilians get 10 points unless that was changed too. First time shooters could get points in the school so it still is the place to go.

Did you notice the scores on the Mid-winter match? 250 wasn't going to get any Leg points there. Neither was 260.

Speaking of the Mid-Winter results, shouldn't the awards be one 8 point leg and two 6 point legs with 26 shooters?

CR10X wrote:Speaking of the Mid-Winter results, shouldn't the awards be one 8 point leg and two 6 point legs with 26 shooters?

Correct.  Just a mistake in the results I would say.  CMP results are not official until results and score cards are submitted to CMP, they will fix it.

Jon, I couldn't help but notice that you shot the Mid-Winter. Do you know what ammo was allowed for the EIC match? If they used the new rules and shot with different ammo I was curious how it effected scores.

Hardball was the ammo by the rules for this match. Not the new 185 jacketed hp wadcutter.
Jon