Any competitive (formal or informal) shooting going on this time of year? Middle TN local.

No indoor league near you?

Offseason?  What off season?  I havent gone more than 2 weeks without a match or league since I started shooting 6 years ago!

I'm using our off season to get more ammo loaded up for both service rifle and the 1911.

Position work for the rifle, and plenty of holding drills and dryfiring for both rifle and pistol. Just because there may not be matches or a league doesn't mean training should stop. 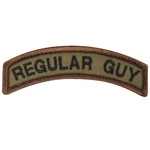 I haven't heard of any indoor matches around but I'm not done looking. Actually Ive heard of one but its too far of a drive. What exactly defines a "league"? There's a local range, where the state champs are shot, that holds monthly shoots but they're down for the winter.

I'm testing loads for my 45 and plan on learning how to shoot it some and prepare before the next year rolls in. I'm shooting master scores with the 22 so I'd like to shoot more competitions with the 22 but too anxious to have to wait for the new season.

Be a lille forthcoming with Tim. He's asking a real question, don't reply with a sort of putdown that he has'n looked hrard enough etc. Nothing wrong with your anwers as far as they go but indicate, where you live, how you'd go for a match and/or a leage.

I shot @ Oak Harbor Consv Club near Cam Perry. We had a winter league that expanded from a .22 league in '68 to a 3 gun every other fri to a 3 gun by the early. Shot every othe fri nite, 30 shots for ea gun every time.After you completed 6 matches it was like the old Austraian Chase as low scores were shot away. We swiched ranges, 2 @ clubs @ ea and the 10th a fun nite-banquet. Course of fire was??dueling?? No bodies were ever found!

At Oak Harbor the alt, "off" nites were regular practices. Once a mo Nov thru Apr there was a 2700.

Oak Harbor is one of those matches.
We have Canton, oak harbor, warren and the Cincinnati Revolver club. For matches. League on Monday nights in New Albeny, Airpistol league on Tuesday nights in Mt.Vernon and league Thursday nights in Obets. Add in Nirth Olmsted for some non sanction matches, and air pistol / .22 sectionals we here in central Ohio have options

I assume that you know about "Shooting Sports USA" and the list of NRA matches. If not, here is a link: http://www.ssusa.org/articles/coming-events/coming-events-december-2015/ Just click on the attachment link and you'll see upcoming matches.

Google "find NRA near you " and use the search for tournament finder.
You can find matches and leagues in a 200 mile radius.

I assume that you know about "Shooting Sports USA" and the list of NRA matches. If not, here is a link: http://www.ssusa.org/articles/coming-events/coming-events-december-2015/ Just click on the attachment link and you'll see upcoming matches.

Thanks for the link but nothing for TN listed. Maybe I'll have to look into starting an indoor bullseye league...

The tournament finder is more comprehensive than the SSUSA site

Tim where in middle TN are you?  There is a monthly indoor 1800 at Oak Ridge.

Since you're just starting with the 45, use this time to complete the USMC training curriculum with the 45.

I'll have to research that...