I've noticed that my shooting is significantly better on Rapid than on Timed. I've heard of people adopting the same cadence for both, but I feel the need to try to use all my time to get the "better" shot. What do you do? 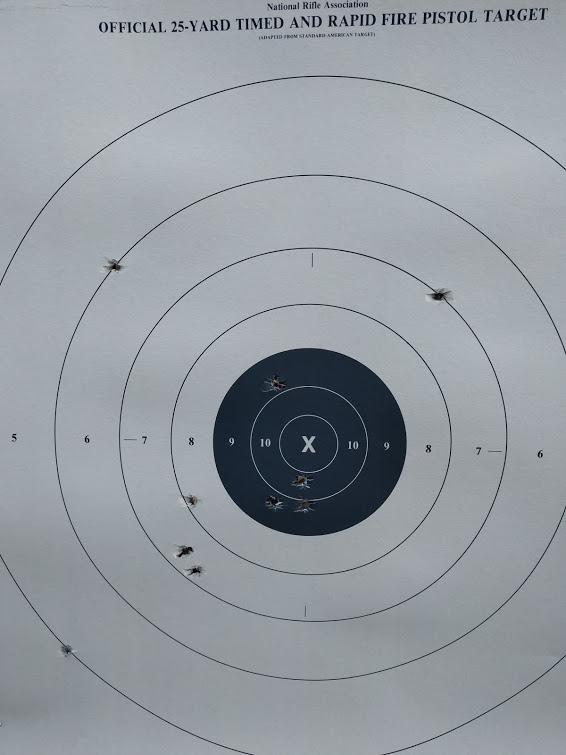 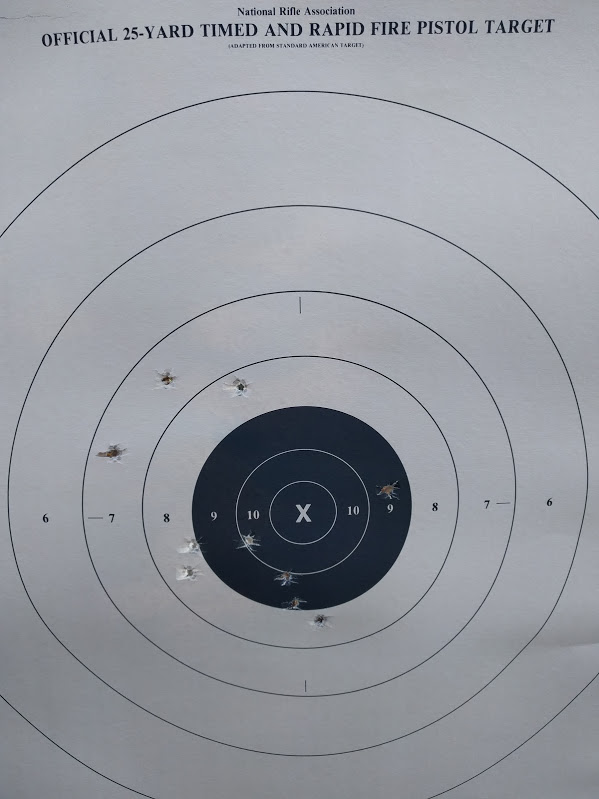 If you are shooting better RF scores, then it means you are pulling the trigger too slow in TF.  It's ok in my opinion to "dress up" shots in TF.  You have plenty of time to shoot some extra x's.  However, your actual trigger pull should be the same speed no matter what match you are firing in.  The time between the trigger pulls is the only difference.

sixftunda wrote:If you are shooting better RF scores, then it means you are pulling the trigger too slow in TF.  It's ok in my opinion to "dress up" shots in TF.  You have plenty of time to shoot some extra x's.  However, your actual trigger pull should be the same speed no matter what match you are firing in.  The time between the trigger pulls is the only difference.

WHoa... I didn't even consider that! Thanks!

I was doing this BE stuff with my Dad back when I was 16-17 and also doing smalbore rifle. Standing with the rifle is a LOT like this pistol standing on your hind legs stuff.

From another thread here, I can add my own endorsement of some level of physical conditioning. Can't get good scores if fatigue tremors kick in after six shots! Probably best to add something beyond just a lot of dry firing. If I were doing what I know I should, I'd be dry firing between 3 and 5 trigger cycles for every live-fire shot.

With both rifle and pistol in this wobble-area arena, what's posted here matches what I have experienced on an almost mystical sense: The wobble settles down and it seems almost like the gun fires itself. I describe that as being the "zen" application or experience that Brian Enos wrote about something like 30 years ago, and which I enjoyed in the standing position in smallbore and later even with highpower rifle. Enos talks about breaking the shot when you SEE what you NEED to SEE to get the shot you're wanting. So I got a lifetime high of 85 standing on that nasty International target one day when something like 9 out of 10 shots in that string broke when the wobble almost vanished and the bull was almost centered in the front sight aperture.  A 50-foot target with a 10-ring the size of a pinprick (a bit less than 1/32-inch), a 9-ring about .1622 of an inch, and an 8-ring .354 of an inch means I was at least nicking an area the diameter of a .38 slug about half the time for that string.

I came to this site today to discuss my last practice strings, where the troublesome .38 revolver with red dot gave me my highest score of any sort since I took up BE shooting again almost three years ago (I do NOT shoot it that often!). It was a 94 RF, better than what I got with the .22! The 900 score was 9 points higher with the .38, and that was even with bad, bad wobble in slow fire and half the shots out in the 7-ring.

The "cadence" or rhythm of those two 5-round strings in RF were the *result* of the shot process and just almost automatically breaking the shot as the dot settled inside the black. It's a big dot, covers to about the mid-9 ring at 25 yards). Up until this last session, RF was always worse than TF. But my shot process got bunged up with trying to hold MORE still and then trying to "make" the shot break when it looked good. On reflection, that put me behind the hold, trigger getting tripped too late.