I just bought a used one. The barrel weight on this gun is just plastic with no screw in it like I see on YouTube or any other picture of the gun. My guess is the weights with the screw helping to hold this barrel weight on is one people have bought to replace  the plastic one that comes with the gun. Looks like I can get one from Larry's Guns. Just let me know if I am right about this. Or if it is something else. 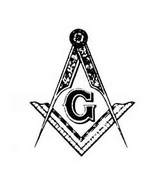 If I understand, you did this with live rounds not empty cases.  I tried it with both of my Trailsides. I loaded dummy rounds (empty brass cases loaded with bullets, not snap caps or empty cases) and cycled the bolt slowly. With a round in the magazine, the dummies ejected pretty smartly, snapping out from under the extractor. The last round ejected, but with less force. A couple of times, the last round dribbled out from under the extractor and rattled around a bit on top of the magazine.  I wouldn't have thought that the presence of a round in the magazine would have anything to do with ejection, but I don't see what else would cause the difference.  However, as I said, the cases always ejected, meaning that in my guns at least, the ejector always contacts the cases.
I doubt that your ejector is worn to the point where it's unable to do its job. The forces acting on it during normal operation aren't that great. You can  tell by looking at it from the top. If the forward, inboard tip or the leading edge are worn or damaged you should be able to see it. Keep in mind that the gun will act differently when it's being fired than it will when you cycle the bolt by hand. If I were you, I'd take the gun to the range. Start by loading only a couple of rounds in the mag. Load one more round each time. If the ejection problems start when you've loaded a certain number of rounds in the mag, it's a good sign the mag spring is a bit too strong. Eventually this problem should solve itself when the spring has been exercised and taken a set. In the meanwhile, just load fewer rounds.
If the gun fails to eject no matter how many rounds are loaded, something else is going on. Then it's a matter or troubleshooting by changing one variable at a time, if possible.