Not a Bullseye shooter but a rifle shooting sports icon with National/International 108 medals including 2 Olympic Golds....... I'm sure many of you have heard of him, and if you haven't:  Lones Wigger
Lifted from a TargetTalk post
Prayers for Lones
- Dave

prayers indeed.. I have a personal hate for Pancreatic cancer

That is sad news indeed.  A shooting icon.

An icon of the target shooting community and patriot. I was a volunteer cashier at the NRA store at an annual meeting. Lones Wigger was one of my customers. I'll only say that he is a genuinely nice and modest man. Prayers sent.

One of the most competitive shooters the sport has known.


This is an except from Hap Rocketto's History of United States Outdoor Smallbore Championships. pp156-157

**********************
Earlier that year Wigger had, just as he had done in 1967, used his precious Rest and Recreation leave to fly home to participate in the Pan American Games tryouts in Phoenix. He immediately returned to Viet Nam but was ordered back home, at the behest of the NRA, to represent the United States at the Pan Am Games in Cali, Columbia which were shot a week earlier in Cali, Columbia..


After winning a silver medal in the 50 meter position match Wigger packed, pulled out his wallet, bought a ticket on a commercial flight to the States, leaving Pan Am teammates Lanny Bassham and Jack Writer waiting for the team flight.


In Miami he joined his wife Mary Kay, borrowed a car from a friend, Stu Watkins, and headed north for Perry. Driving through the long night they pulled up in front of the entry office at five AM. Wigger took a nap, awoke in time to pick up his match entry packet, and reported to the line to try to regain his lost position crown.


Bassham and Writer, somewhere enroute, were nowhere to be seen.
By the end of day the sleep deprived, but fiercely competitive, Wigger was relaxing in the glow of a 797-63X shot in the morning. The score had broken the old metallic sight Perry record by two points and it looked as if he would win that match while ceding the afternoon match to Marine Staff Sergeant Jerry Boswell’s 792-44X. Shortly thereafter Wigger was astonished to learn that his record had stood but just a few minutes. Mary Keys, a petite 17-year-old schoolgirl from Virginia, had topped him by a point.

Shooting a standard rifle, the junior had cleaned the three lower positions and closed with a 198 standing for an aggregate of 798-51X and a new National Match record! The story, perhaps apocryphal, grew that the bone tired Wigger was holding a box of ammunition in his hand when he heard the news. He chuckled and, tapping the pasteboard with his trigger finger to draw attention to the printing, suggested that young Mary’s parents should have paid attention to the message, ”Keep out of the reach of children.”


After a good night’s sleep Wigger awoke well rested and proceeded to win both any sight matches with scores of 797-63X and 794-49. His two-day aggregate was just one point below the National Championship record he had set in 1966 and, although he didn’t set a match record he now had won a record setting sixth national position championship. Unaware that Wigger would be shooting the Army, which swept the team matches, had not entered him on any of their teams.
Joining Wigger on the stage for the awards ceremony was Ron Plumb who had placed third overall and took home the Cobb Trophy representing the junior championship. Keys, to no one’s surprise, became the woman champion while Ray Carter earned civilian honors and Fred Roeding was senior champion.


In short order the huts emptied as the smallbore shooters headed home. Wigger drove home to Montana, boarded a plane, and returned to Viet Nam. It was an eventful two tours in the combat zone for Wigger, highlighted by R&Rs that included Two National Championships with one title and one Pan Am Games silver medal. In his own words Wigger summed it up as, “Not too bad.” 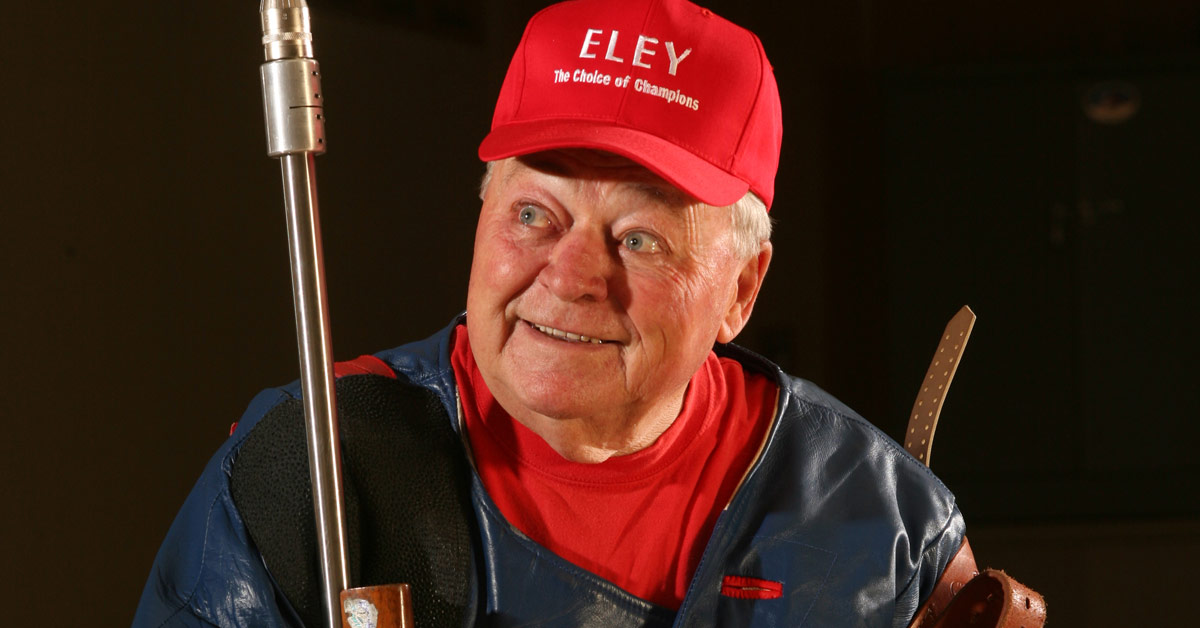 God Bless & God Speed, Lones. I will keep lones & his family in my prayers.

I met him twice. Both times he was open and interested in talking.

My shooting hero when I shot small bore.