What pistol is on the cover of the 2017 Pistol Program & Entry Information brochure?

You know, I debated with myself a lot about making another post on this one.

I hate to keep hearing how precision pistol is dying.  Matches are full or filling up around here.  And a lot of people (match directors and shooters and clubs) have worked very hard for this to happen.

If anyone wants to be "competitive", then matches are not the way to get there.   If someone want to "compete" in a match; then yep, you do have to find a match.  But they are not the same thing.

Doesn't really matter what classification you are; your score is your score and if it's better than the last time, you are a winner. But if it ain't the highest one, then somebody else's name goes on the trophy.

The thing is that there are only about 30 to 100 people that will ever travel more than 2 or 3 hours for a local match or even a state / regional (excepting Canton of course).  And most of them know or know someone who knows about the matches that are available. So, match directors in general do not see any real return for gigantic, master database or websites versus local disbursement of match information.

Some very generous individuals help out such as   http://www.bullseyematches.com/ and we appreciate it.  But I ain't going to cry about there not being in some gigantic perfect website that's just one more thing for me to keep up with; I'll just post the information here in the announcements section.

In general, I'd give this advise.

Simply post where you are or are going to be and when and then politely ask people (such as those on this list) for information on available matches.

I've found that if I ask about something to get more information; people generally respond positively.   If I complain about something, nothing much happens to change whatever it was.

Ed Hall: Just to get Slartybartfast started, is there a way to get him loaner equipment for the day at Tupper Lake? That way all he has to do is show up...?

yawn...... let me just include a direct link... since bold lettering in a magazine doesn't attract your attention.

Sorry I bore you. But to be blunt, it seems quite obvious you're here to be condescending. I've been addressing the inconsistencies and missing information I've already found in the links you're providing. You then just go point out the same incomplete resources.

Seeing as the magazine is January one would presume a cut off date in December was used for the list of event in the magazine. Maybe if you become an NRA member (assuming your not) or you have paid some NRA match fees I wouldn’t be condescending. Until then keep crying
.

Wobbley wrote:Ed Hall:  Just to get Slartybartfast started, is there a way to get him loaner equipment for the day at Tupper Lake?  That way all he has to do is show up...?

Border issues aside, just for common shooters' knowledge, New York State allows outsiders to bring their own guns into the state for competitions sanctioned by NRA or IHMSA, as long as the guns are locked up, unloaded and placed out of reach, i.e. trunk, etc.  The competitor must also have match information, the best of which is a confirmation of being registered for the event and a program copy.  Of note, local matches that are not sanctioned are not within the realm of legal for outsiders to attend.

I have some NYS firearms law information here:


Edit:  The gun in the first post is a Hammerli 208s and I can even supply the owner's name if he allows me to later. 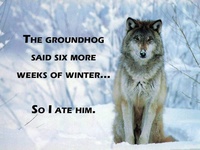 Wobbley wrote:Ed Hall:  Just to get Slartybartfast started, is there a way to get him loaner equipment for the day at Tupper Lake?  That way all he has to do is show up...?

I was actually aware of that fact. After enduring a long winded "you Canadians have no rights" diatribe from a sports store employee when asking about pistols, had a good laugh at them when they said they couldn't let me handle the pistols nor was there any way for me to fire a handgun in NY state.

I wasn't aware it was only for NRA sanctioned matches as far as NY state was concerned. Will keep that in mind. Real danger IMO is that Border and Customs don't enforce any state or local laws. So they might let me through and the state or local police could then charge me.

For the border, in addition to firearm serial numbers for homeland security I also know that I have to declare what brand of ammo and quantity of ammunition I'm bringing over. So I need to be entirely self-sufficient if I go to a US match.
The rules get really crazy in that as far as Canada is concerned I could legally import 5000rnds of ammunition from the US on my return trip, but by American law no American is allowed to sell me any if I don't obtain an export permit (of have it shipped out directly after the seller obtains an export permit).

And, I didn't know about the ammo restrictions.  What if you intend to use the ammo while in the states and not return with any?

The law is actually very specific in naming IHMSA and NRA, so that's why I consider them as the only valid sanctioning bodies.  As to the practical side, if you have all the registration paperwork for another discipline, would that work?  Maybe, but I don't know and it might not be worth testing.

Ed Hall wrote:And, I didn't know about the ammo restrictions.  What if you intend to use the ammo while in the states and not return with any?

The only problem would be if I didn't bring enough ammunition into the US and ran out at competition. I legally wouldn't be able to buy any (or at least no American could legally sell me any). But if your jurisdiction doesn't ask stores to check ID for ammo sales, play dumb who will know?

If I bring ammo into the US and shoot it all, no one cares.

If I bring ammo into the US and have some left, the US _might_ care. If stopped by US authorities on my way out, they'd want proof that the ammunition was either unused ammunition I was bringing back or that I had the export paperwork. Canada would need proof it was Canadian ammo being brought back to avoid taxes, duties, and counting against the personal import limit.

BTW, purchasing a gun in the US and bringing it to Canada is similar. It's export law that's the big problem. Not import law.

For a long gun, Canada customs should let me through with as many as I want as long as I have my licence with me. Of course more than one or two they'll most definitely be unlikely to believe a personal import claim.

For a restricted firearm (handgun, minimum 4.1" barrel, 10 rnd max mag capacity), need to enter the details into the Canadian Federal registry and get a firearms registration certificate. With that and my licence same as with a long gun. Customs shouldn't have any issue.

But for both, no American can directly sell me either, and export paperwork is needed. The danger, if buying as if I was a local, would be being caught by American authorities trying to export.

All the above is NOT legal advice. Just what I best understand after reading far too many websites and trying to digest the Canadian firearms act and various US sources.