Working around issues when racking the slide on a High Standard

Working around issues when racking the slide on a High Standard

I got my new (old) High Standard Victor from Roddy Toyota yesterday morning.  I have been enjoying everything about the gun, but this morning I noticed a personal "issue".  I'm not that strong to begin with, and I just plain didn't have the strength to rack the slide.  It acted like it was welded shut.

Here's the gun the way Roddy set it up for me - I wanted to try the steel sights before switching to optics. 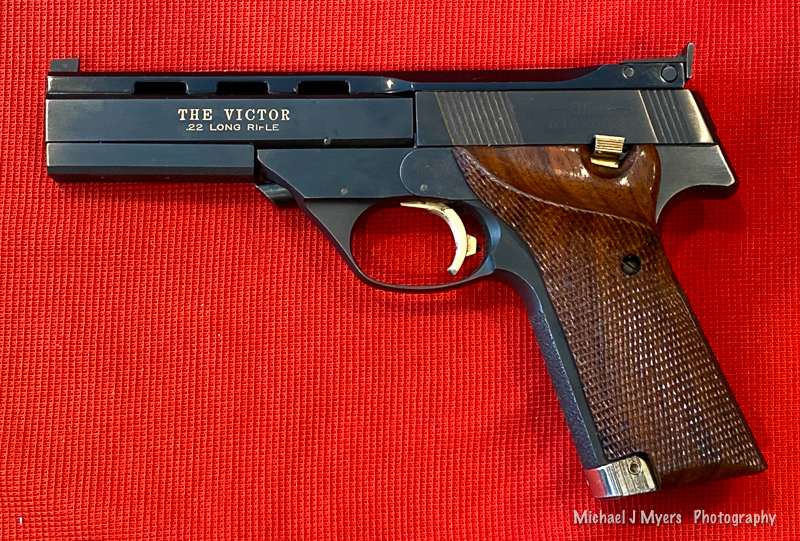 It might not be obvious from the photo, but the rear sight is "wider" than the slide, and it wouldn't allow my fingers to get a good grip on the slide.  Reaching forwards from the back of the gun, I could get a little of my fingers over the slide, but not enough to get any leverage.

So, the first thing I did was to remove the steel sights assembly.  At that point, I could get a wonderful grip on the slide, with my thumb alongside the slide on the left, touching the grooves both in the front and in the back, and the other side of my hand gripping on the right side.  Racking the slide was now effortless.

Next step was to put the rail on - Roddy went to a lot of effort to get the sight-line as low as possible, and allow me to put my Aimpoint H-2 sight towards the rear.  With (only) the rail in place, there was still no issue racking the slide.  Everything was fine. As a test, I put a Vortex Venom on the rail, sort of towards the front.  It is tiny, and light, and after a little experimenting, I could still work the slide with no effort.  I doubt the Vortex Venom is on the same planet as an Aimpoint Micro, let alone the same comparison range, so I expect I'll change this later.

If I put the Aimpoint on, as planned, I think it's going to get in my way as I try to rack the slide.  I guess I'll just need to move the Aimpoint far enough towards the front.  I would do that now, but I don't want to remove the Aimpoint yet from the gun it's currently on.

Who knows, for "area aiming", the Vortex might even be adequate.  Here's a photo: 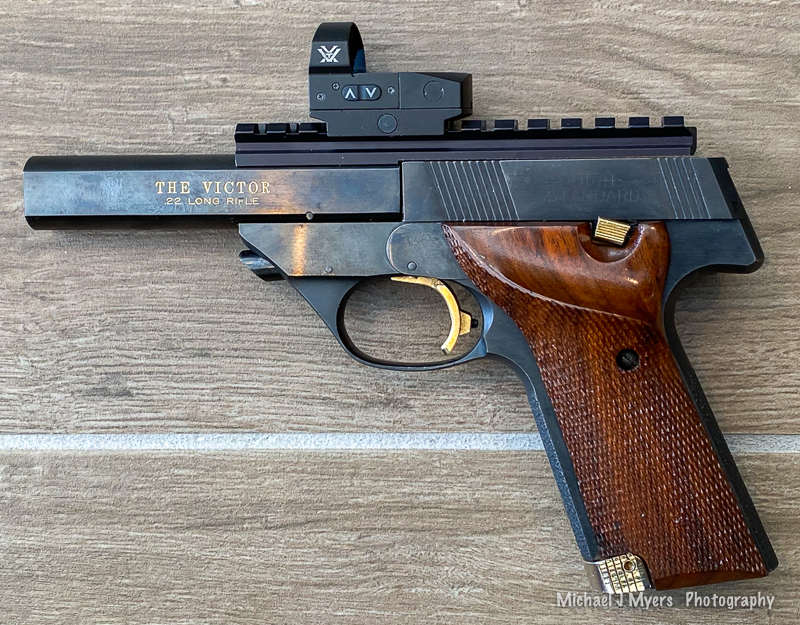 My question is what people did over all these past years, when they didn't have enough strength to rack the slide.  I've come up with one answer that seems to work so far, but maybe there are others that I never heard of.

(I called Alan at High Standard to ask about this - Interarms carries a part that acts like a handle sticking out to the left side, which he says moves the problem.  I asked him to put it on my new gun, which I think I'll be receiving in several days.)

(I also called the folks at Taandemkross, but they don't think their slide rackers would work on any of my guns.)

Sounds interesting - I just tested your idea, and while it certainly gave me a better "grip" on the slide, I still didn't have enough force to be able to pull the slide towards the rear.  Alan's super thumb tack solves the problem perfectly for me.  On the Victor, using one hand to pull, and using the other hand to push, also gets the slide moving.

(My old High Standard has a notch where the rear sight used to go.  I found if I put something in that notch, even a simple Allen wrench, and pull on both sides of the wrench to the rear using my right hand, the slide moves to the rear once I "break it free".  That's how I've been racking the slide on that gun.  Fortunately, once I get it back the first time, I'm good to go for the rest of the day, unless the gun fails to fire for some reason.)

When I ordered the new X-Series gun from Alan, I asked him to install one of the "pins" that makes it so easy to rack the slide.  Here's a photo - with left hand, put part of the hand in front of the pin, and push towards the rear, while gripping the rear of the frame with the thumb, pushing forward.  Racking the slide is absolutely effortless.

The only "negative" is that it looks rather silly, but it's a lot less silly than someone watching me struggle to get the slide to move towards the rear.  I'll ask Alan if I can get one that's black anodized.

Took the gun to the range today, with my Matchdot II in place.  By the end of the day, the sight felt like it was filled with lead.  Will try tomorrow with the Bushnell.  From dry firing, it's so much lighter, meaning my hands can hold the gun that much more steadily.  I guess the ideal solution is to buy another Aimpoint - the H-2 I have now is on my new Victor.  ....but I wanted to use the Victor with iron sights, so maybe next week I can do the switch.

Gee, I wonder how Len keeps all his guns fitted with all the accessories they all need......     Getting a new gun is easy, but then there's all the "other" stuff that they always need! 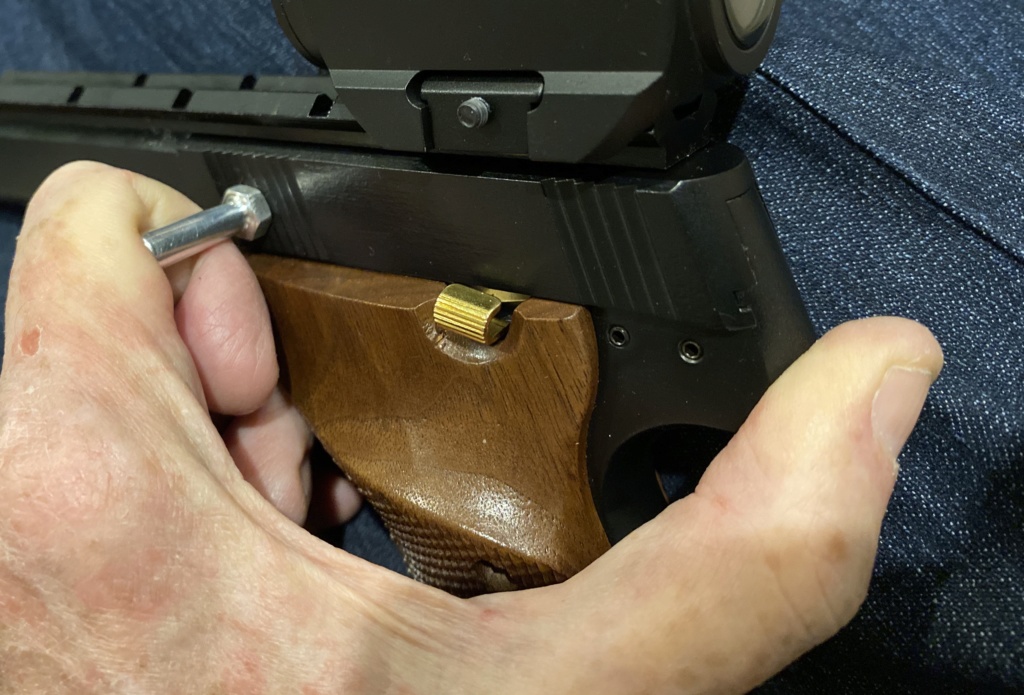