Well it was good to see we still had some shooters last week and some good scores as well. Mike even dug out his revolver and made a good showing with it. Fun to see.
Brand new week now!

This may be my highest score to date with this pistol. I should work on rapid fire more but don’t want to sacrifice the ammunition during these uncertain times.
It’s getting colder here in the North country. I’ll be moving my shooting indoors soon.
JKR 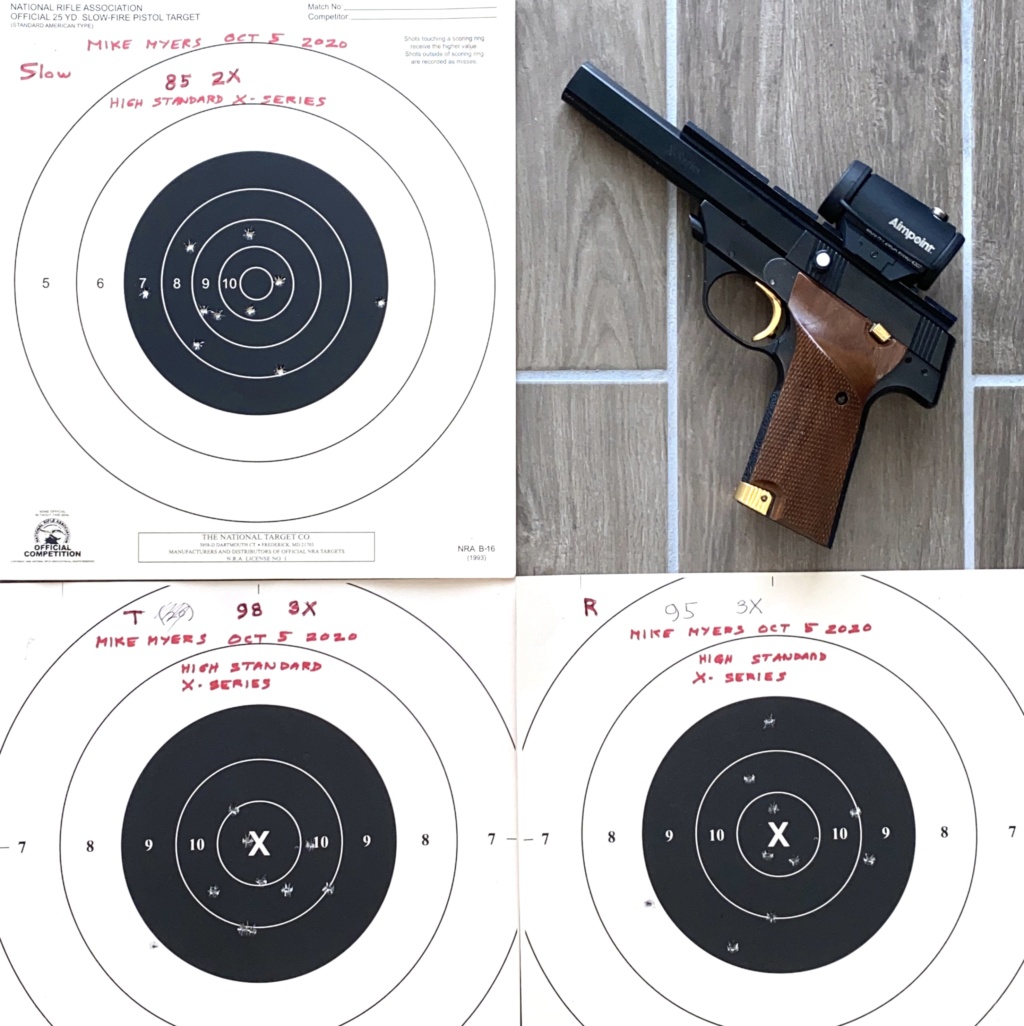 If it breaks the line, it's in.

If it breaks the line, it's in.

Ahh, didn't see that little spot in the 8 ring. Barely shows up on my screen. 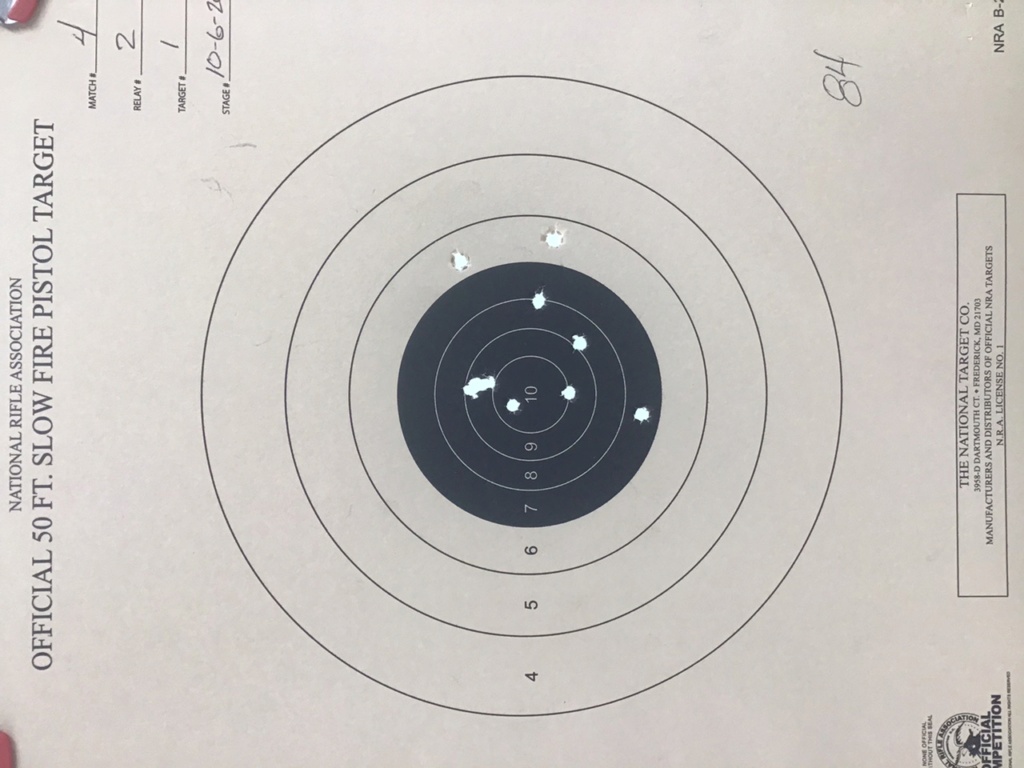 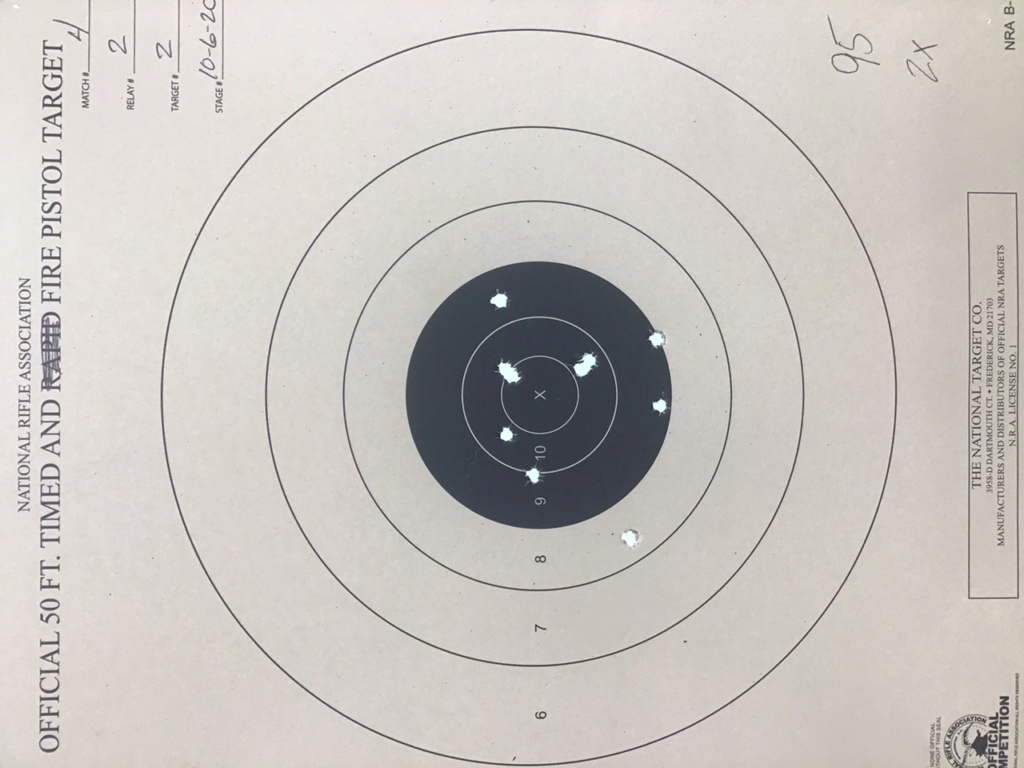 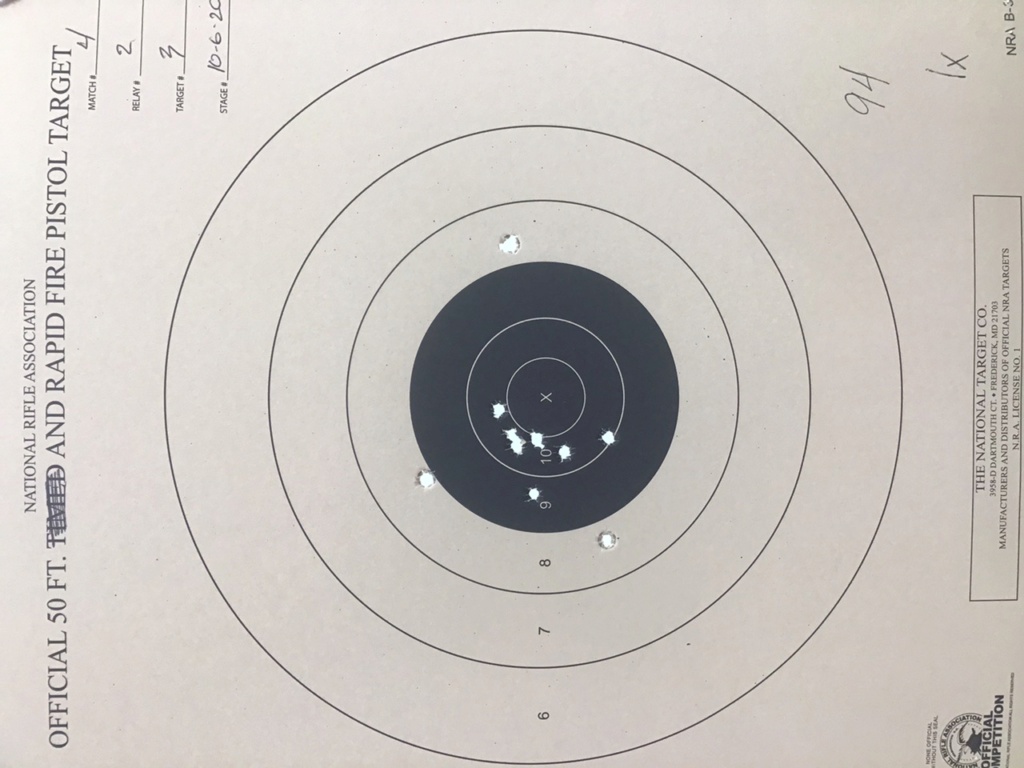 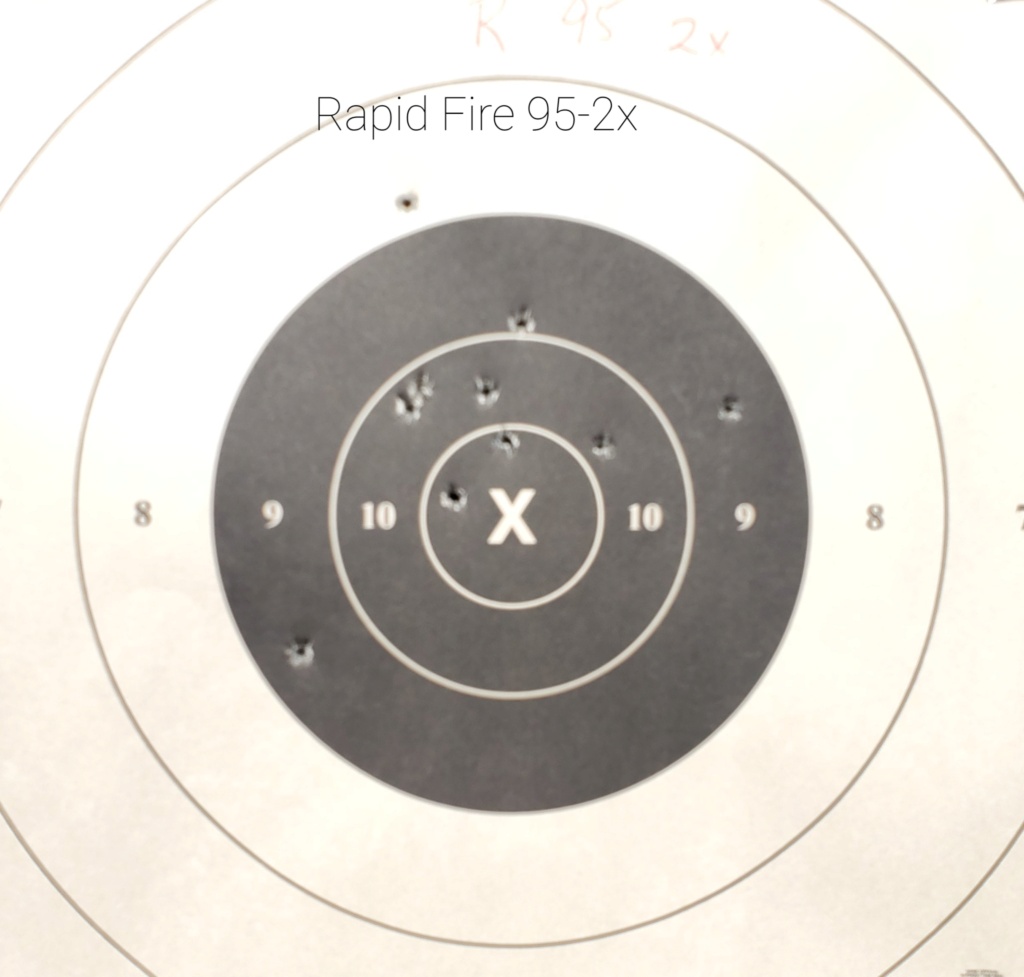 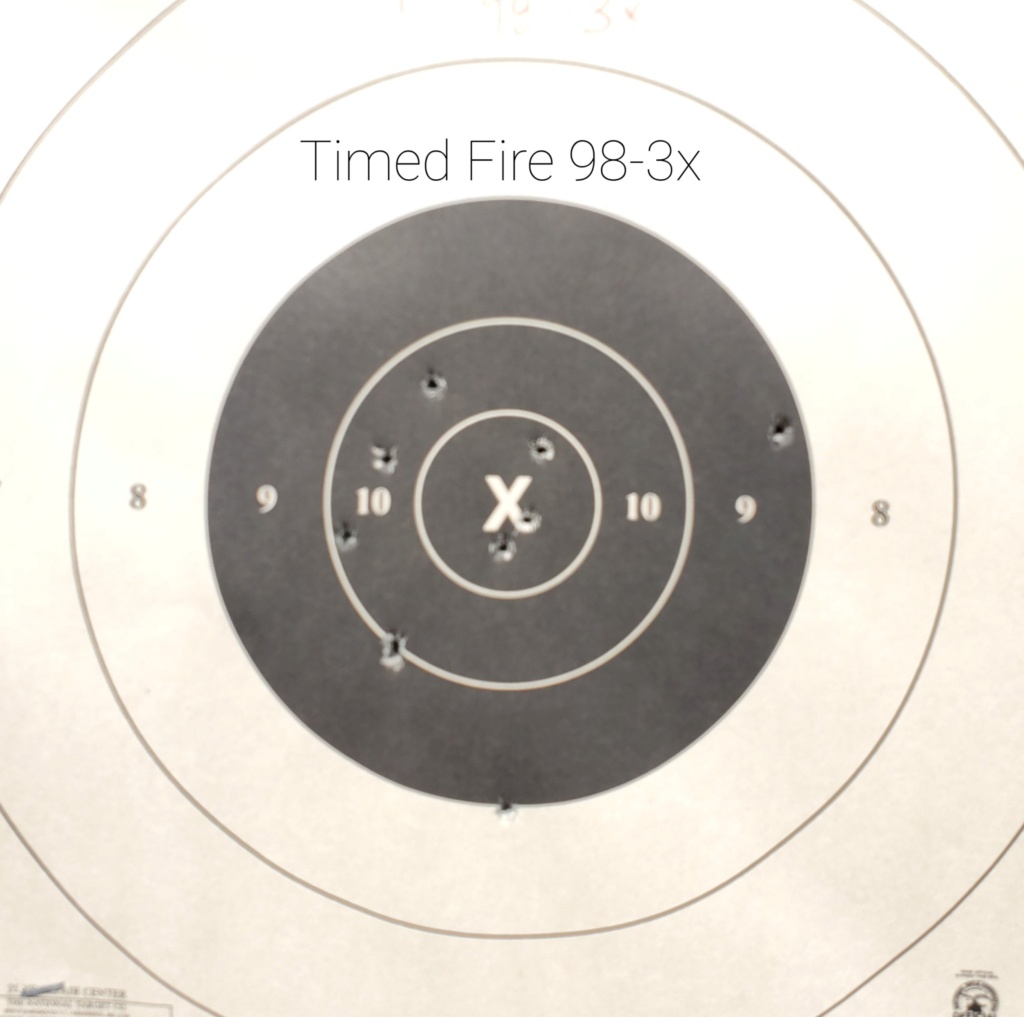 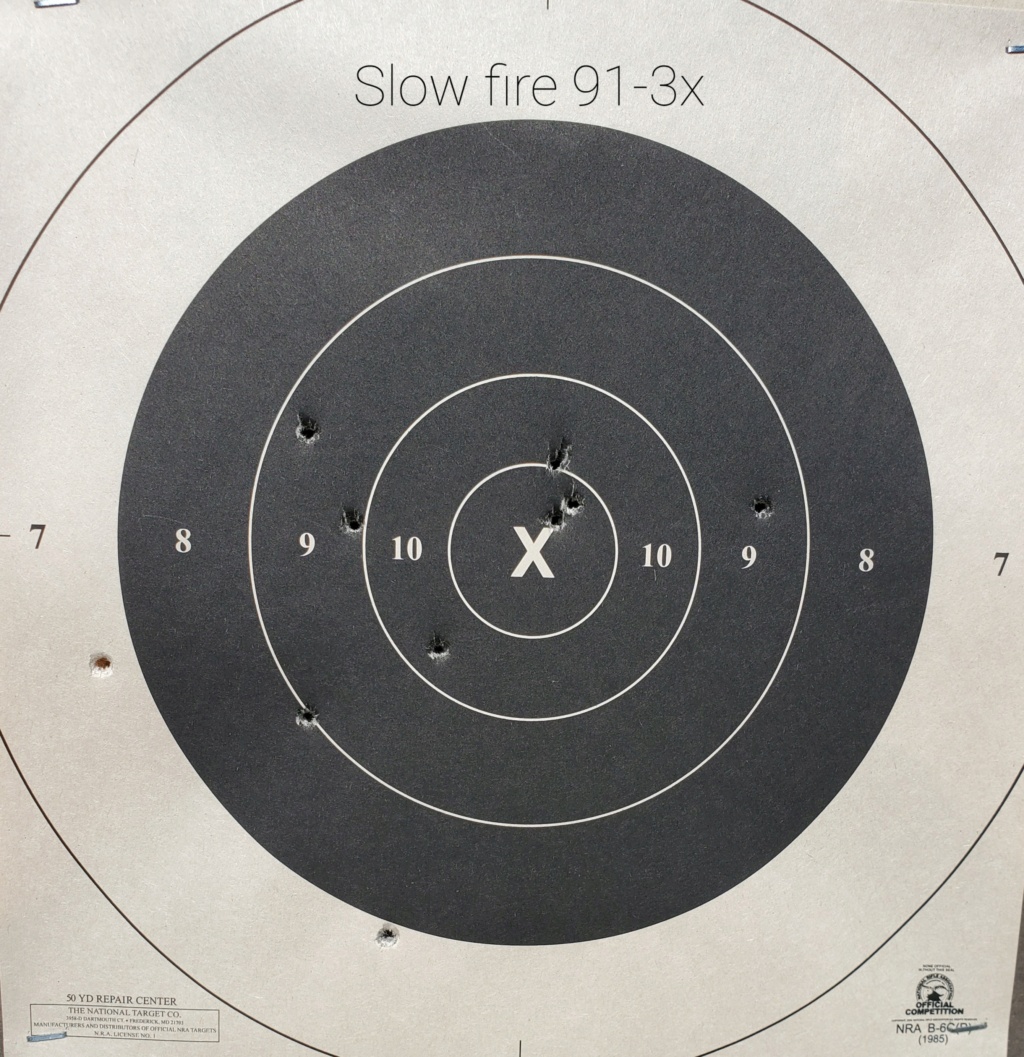 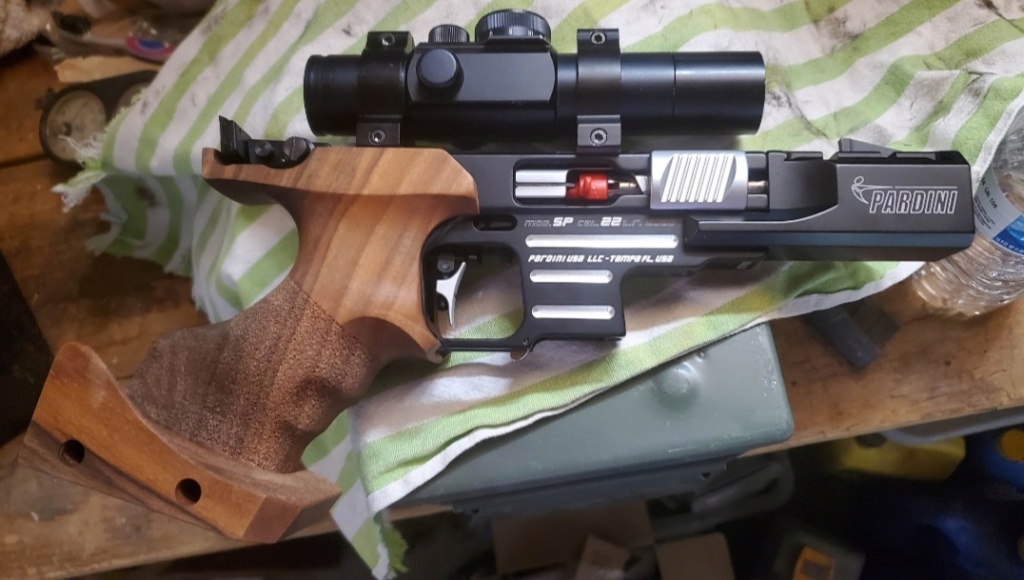 I was thinking of shooting a set of Bullseye targets today with my Model 52, but I ran into an issue.  If I loaded one round at a time, for slow-fire, all was well.  I'll post that target below.  But when I loaded 5 rounds, I usually got several cases of FTF, with light strikes on the primer.  Changing magazines didn't help.  I have some ideas as to what might be going on - if I don't get this corrected tomorrow, I'll ask for help in the Equipment Forum.  This is with the Model 52 that nobody including S&W could fix, until a fellow who used to assemble Model 52's "back in the day" helped me track down the problem, which turned out to be a small somewhat cylindrical plunger, part of the Magazine Disconnect, that goes under the steel sights.

I should add that there are several threads both on this form, and on the S&W forum, on how to get good groups with a Model 52.  I dry-fired last night, trying them, until I found a way that worked.  It was also shooting two-handed.  I'll use two hands from now on for my non-Bullseye guns, and always use one hand for my 22 and 45 bullseye guns.  (This, because I was advised to stop shooting many different guns, and pick just one gun to shoot.  That's no fun at all.  So to keep my training on track, I'll do all my Bullseye with my High Standard (or maybe Nelson....) and my Salyer wad gun.  Hopefully Dave and CrankyThunder will accept this compromise!). (Maybe someone here will tell me what I'm doing is silly, and I can use one or two hands on my other guns.....) 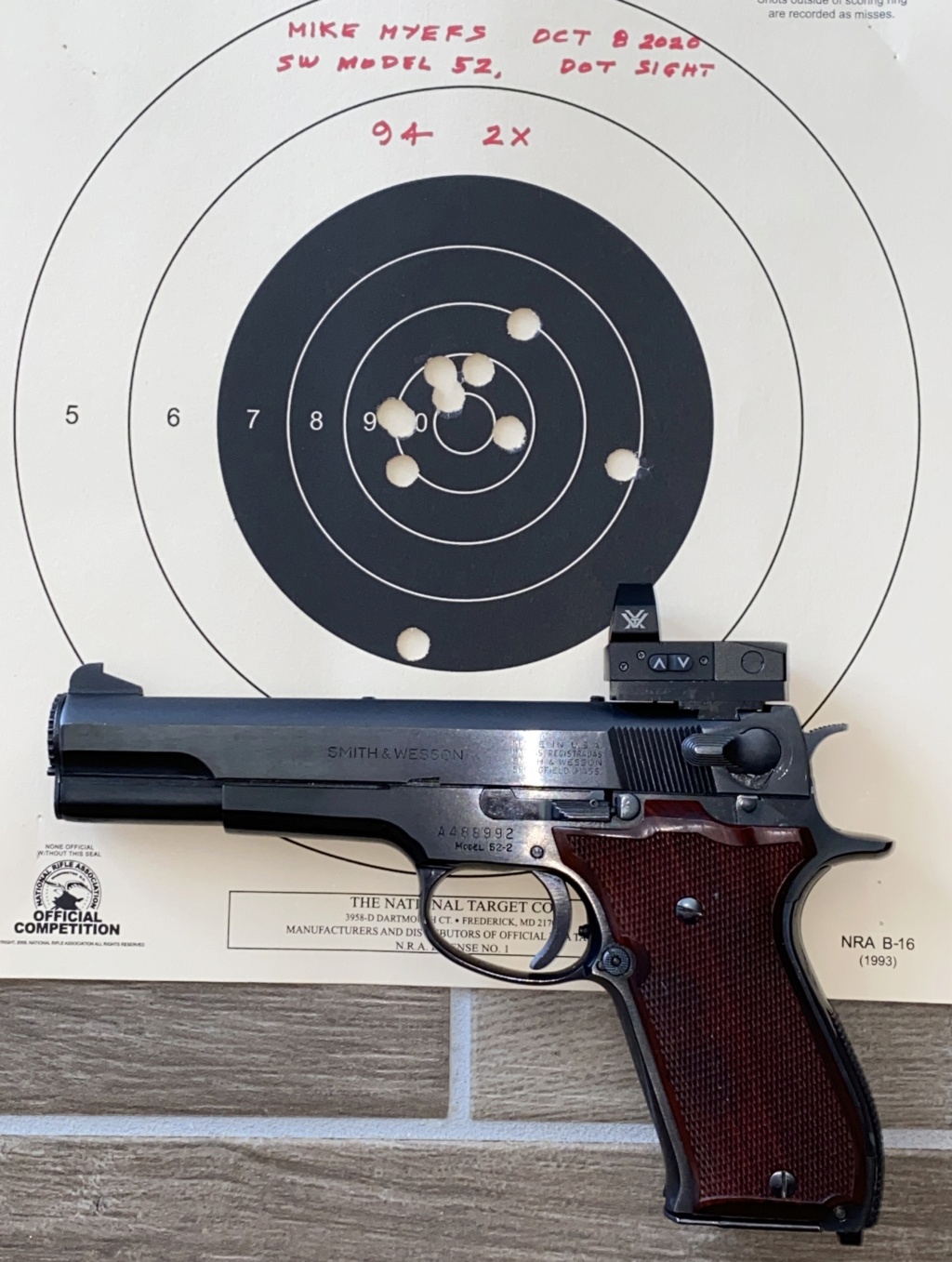 Like the title says, personal best for me. Did a lot of dry firing over the last few weeks and it helped. Goal for this week was no shots off the repair center, and I just barely made it. Experimented with a center hold at 50 and sub six at 25, so no sight adjustments between yardages. The more I dry fire the more I think I need a trigger job before any other work, can really feel the gritty creep and slight stacking before the shot breaks. 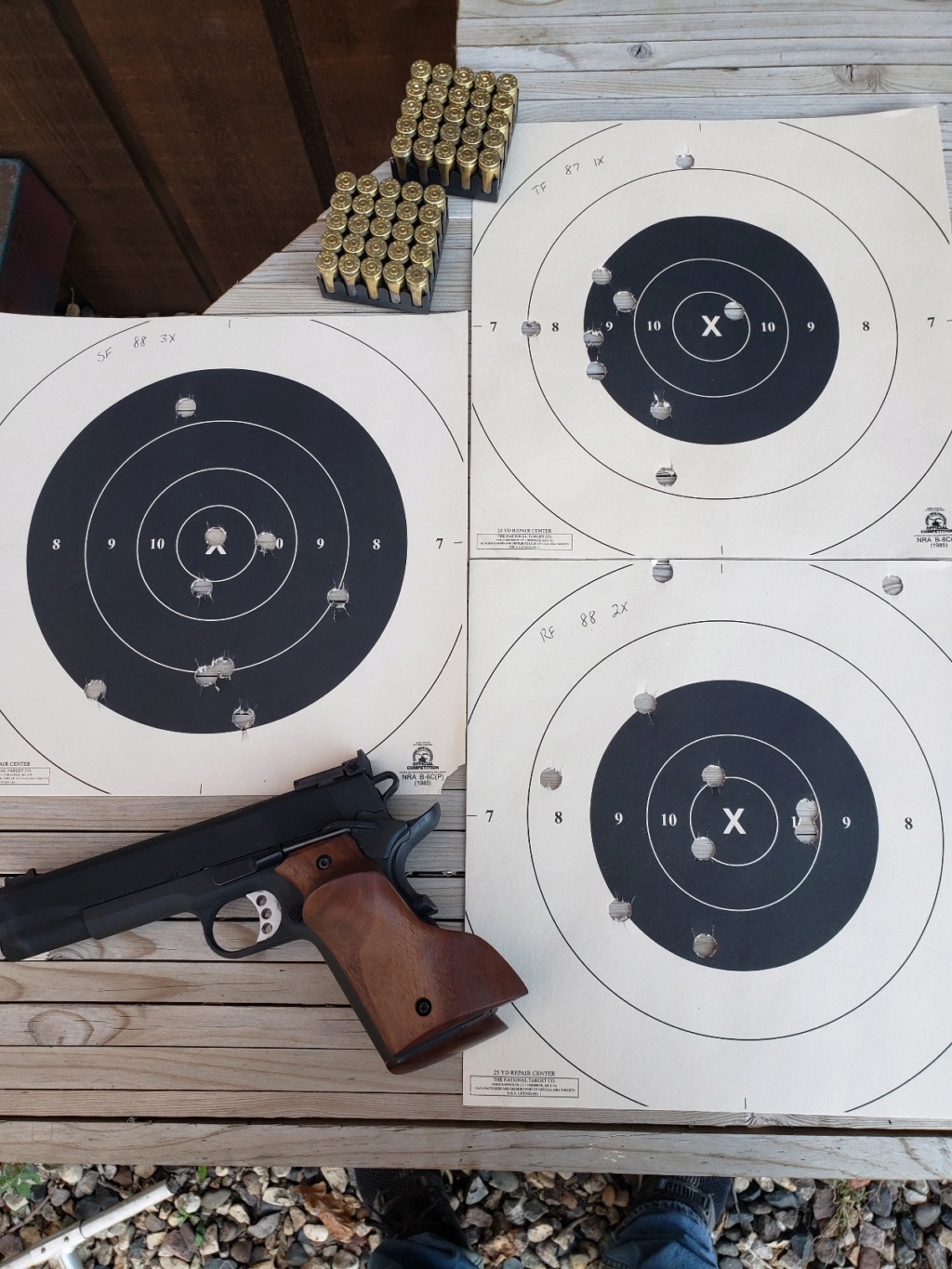 JKR, sorry, been training with the 45's exclusively for many weeks (except for matches) and have been struggling to get a consistent result. Shot a couple of decent 900's yesterday. Here is my best AGG score of late - SF just not tight enough and still too many stupid flyers in RF - but this NMC was pretty good:- 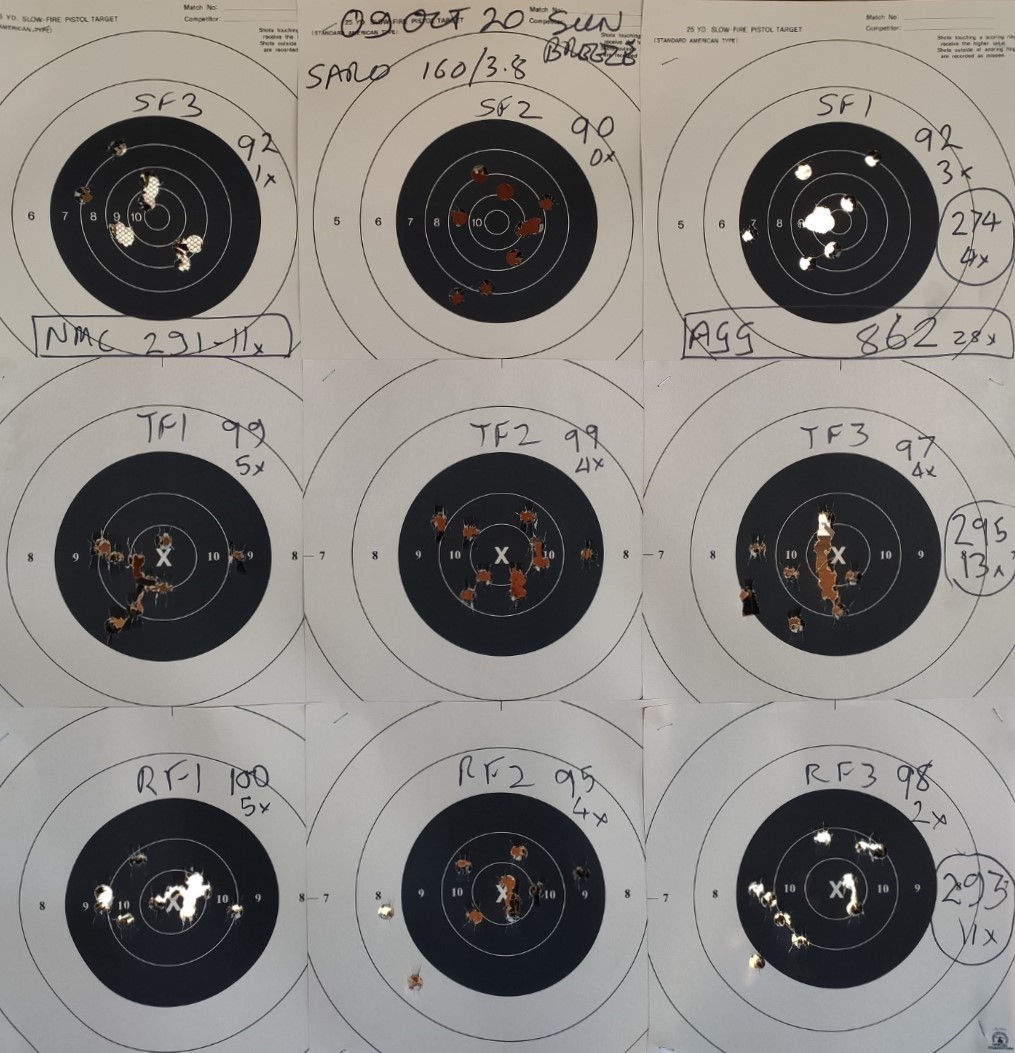 Radjag,
You’re doing what I should be doing, working with your 45. I’ve been having too much fun shooting my conversion lately, pretending it’s a 45!
Nice NMC by the way. Looks like your training is paying off.
JKR

I shot two relays on Friday night, I posted my better one.
The first relay I really got into my own head with it being my first recorded shoot for the local league (238-3x) 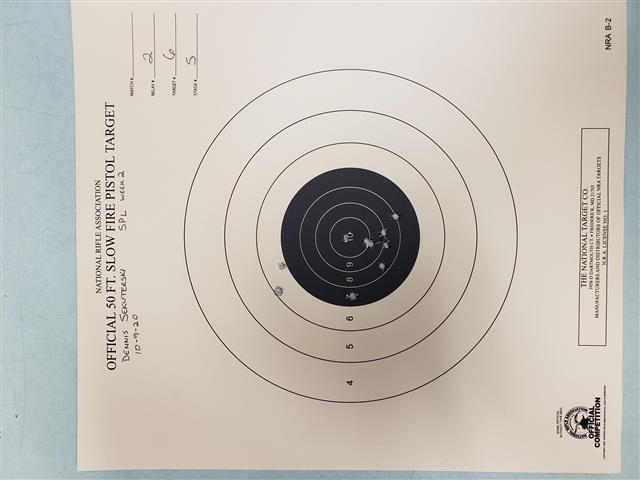 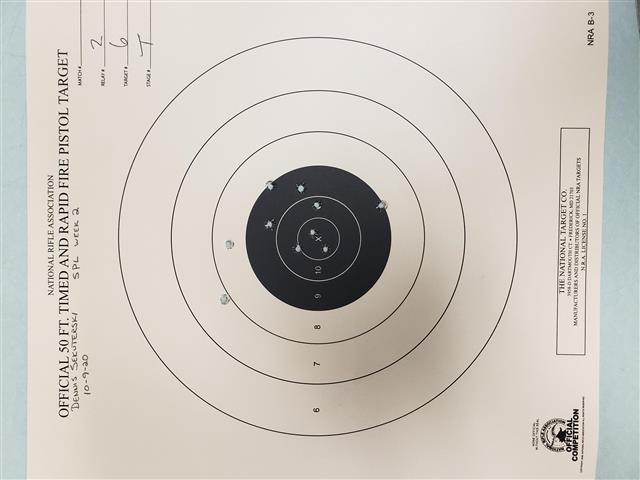 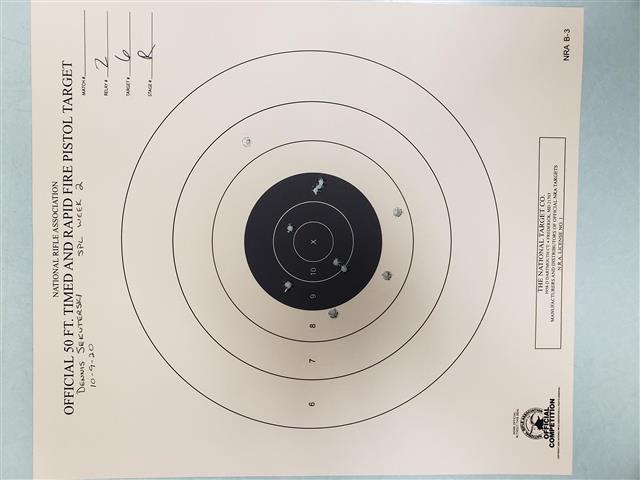