I showed my S&W Model 17-5 to a friend at the range.  He looked it over, and commented that the barrel wasn't on correctly.  He explained why he said this, and told me a good gunsmith with the proper tools could correct it.

Here's a photo that shows what he told me is wrong, now that I know where to look.  I guess I have two questions - first, is this normal with an old S&W revolver, and second, is it something I should try to get corrected or ignore?

Thanks, Jack - that shows how I can activate it to release pressure on the cylinder, allowing me to swing the cylinder out for loading, but I can't picture how it can lock the cylinder tightly in place when I cock the hammer.

I know the cylinder has some "play", so it can move around a little, but that play is taken up when I cock the hammer.  I thought the culprit was the cylinder stop.  Now I have doubts about that.

Check the cylinder with the hammer down and with the trigger all the way back in the firing position.  This is the only real important condition.  Have your gunsmith check with a range rod in the fired condition.

S&W cylinders do not lock up like a Colt.  In Colts the hand remains pushing the rotation against the cylinder lock.  S&W only the lock positions the cylinder.  There always will be some S&W cylinder wiggle.  When too much wiggle in the fired position, yeah, there is a problem.  For a little wiggle, that is why they invented forcing cones.

(I assume you mean cylinder STOP, not lock?)

I will check it as you suggest later today.  Regardless, I'll let the gunsmith figure out what is going on.  There are several guys at my range who are very familiar with S&W revolvers, and the excess cylinder wobble is what they suggest is causing the problem.

Jack H wrote:Check the cylinder with the hammer down and with the trigger all the way back in the firing position.  This is the only real important condition.  Have your gunsmith check with a range rod in the fired condition....

Trigger all the way back in the firing position and hammer down - makes no difference.  Lots of wobble at the cylinder.  If I put a ruler over the outside of the cylinder, I can measure the wobble at the circumference - between 1/64" and 1/32".  This is on a small cylinder, for 22.  My Model 14, by comparison, is locked in place and doesn't move at all.  My other revolvers move, but not as much as on my Model 17.

I have no idea if the cylinder wobble is even the problem - the problem is someone much more experience than me was getting shots all over the target, while shooting with the gun on a rest.  Maybe it's something else entirely, meaning the gun needs to go back to S&W.

Hmmm how much cylinder play on the yoke?
Is the yoke locking solidly in place on the frame?

It seems to be held firmly in place to me - the cylinder rotates back and forth, but the yoke doesn't move.  That's something the guys at the range checked, but they decided it was normal.

Well, a good SMITH smith will fix you up.

I think I have one, Frank, from OnlyThe/best, a little north of Ft Lauderdale near I-95.
The gun is now with him.

As promised, Frank had it finished that day, ready for me to pick up.  I got there this morning at opening time, 10am, and he brought out the gun.

Yes, the cylinder stop was worn out: 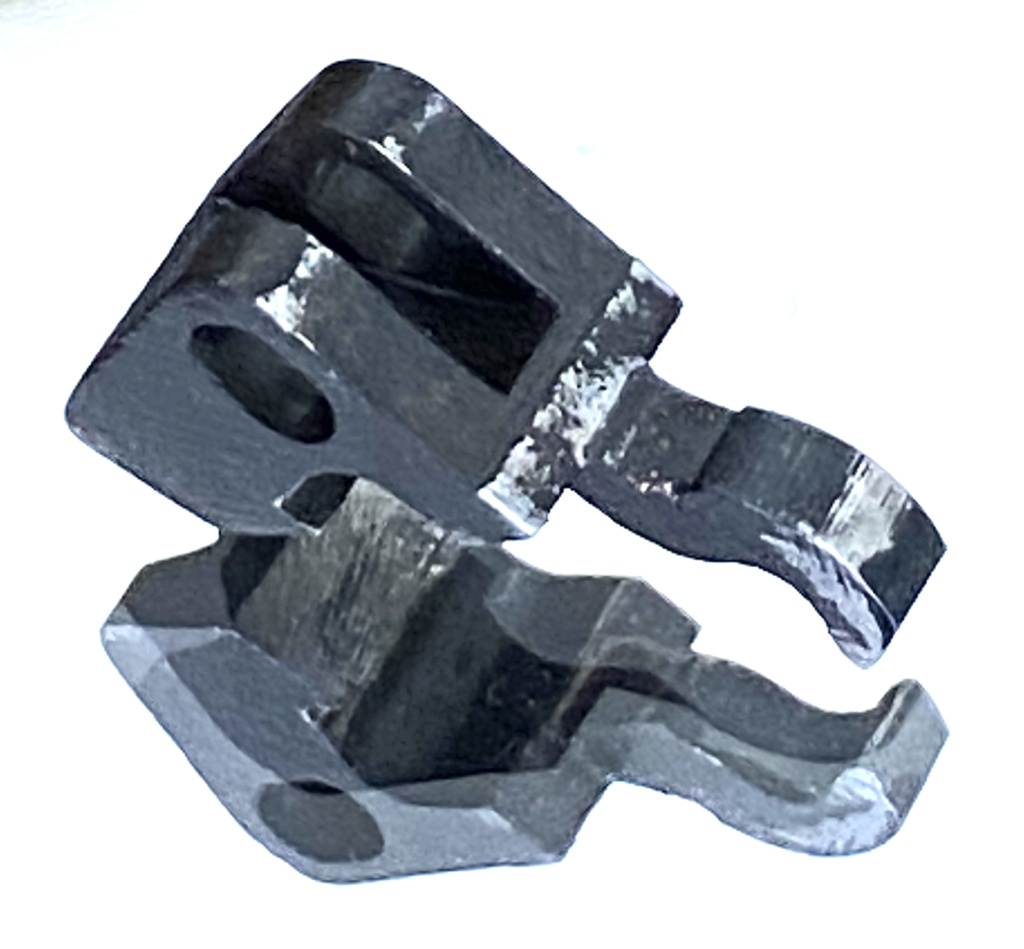 So the new cylinder stop is installed.  Frank told me the people I got it from created other issues, including lightening the main spring a little (but Frank says it's OK to continue to use it), and leaving the strain screw loose (it's now tightened).  He told me he went through the gun, tuning it where needed, and getting it back to S&W specs.

As for me, I am very pleased.  It "works" like a brand new gun, smooth as can be, the groups are now limited only by my own ability, not by a mis-configured gun, and once I got it sighted in again, it was a pleasure to shoot.  Everything else being equal, I can shoot my Model 41 slightly better than this 17-5, but I think that's due to the red dot sight on the 41.

I shot it better once I re-adjusted the sights to sub-6-o'clock hold.  I need to put a scratch or something on the front sight and see if that helps me.

Just for the record, the cylinder "wobble" is gone - the cylinder on this gun is locked in place just as much as the cylinder on my Model 14.  For $60, I now essentially have a new 22 revolver, and I've got a smile on my face, not a frown.


As Frank was describing what he did, and why, and as I tried with no success to "wobble" the cylinder stop, I told him to hold on for a minute, while I went to the car to bring in my Model 28 Highway Patrolman.  The cylinder stop on that gun wobbles as much as the stop on the 22 did, maybe more.  Frank looked it over, checked the action, and considered the "issues" I had gone through on this gun with incompetent "gunsmiths" working on things before I knew better.  I lost my patience with them, when the Model 28 stopped firing - they had loosened the strain screw, and this was the penalty.  Bottom line, I'll get another Cylinder Stop from S&W, and maybe a week from now let Frank go through that gun too.