Aimpoint have started offering their H1 2moa dots bundled with dedicated mounts for Ruger 22 pistols and rifles at a relatively good price point (~$475, direct from Aimpoint website - thanks to Dave Foreman for the lead). I had been looking for another H1 and decided to order one unit with the mount for a Ruger Mk IV. If the mount turns out to be good I can use it - otherwise I can still make use of the dot.

There was debate on Dave's original thread about the possibility of installing shades when using the mount - Jon Eulette suggested drilling screw access holes through the shades - clever solution. But, now that I've got the mount on the gun, the solution becomes more difficult.

Mount design is constrained by the spacing of the threaded holes on the Ruger Barrel/Bolt assembly. 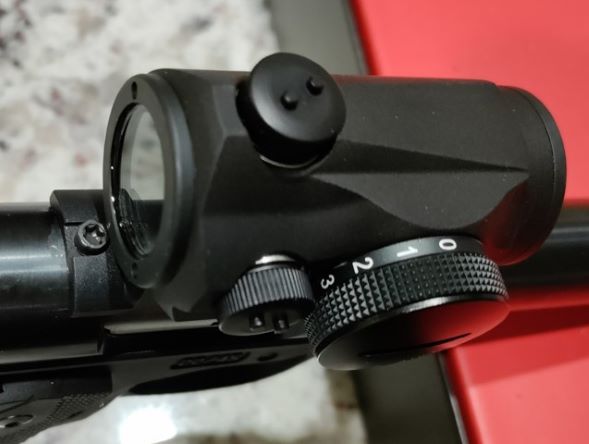 The screws are extremely close to the ends of the sight - so close that even a skinny Torx driver scrapes the edge of the sight.

The mount is very low profile - good - but it leaves very little gap between the head of the Torx screw and the lower rim of the sight lens retaining rings. 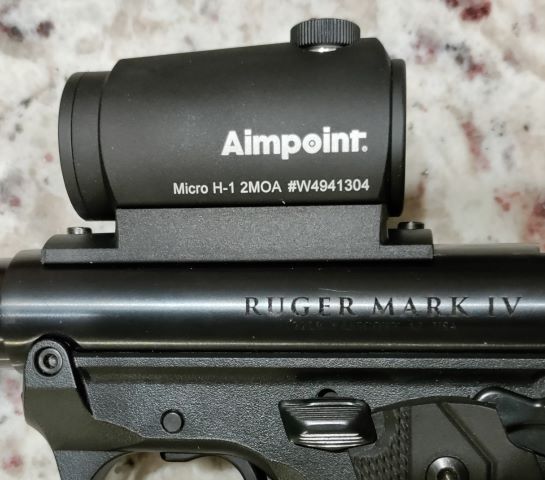 It is too tight to slip a Photescape shade ring on to the sight. There is just enough room to slip a carbon fiber tube into place. OK, it might be possible to grind a bit off the head of the Torx screw to increase the gap, but I'm not really liking that solution

The gaps are so tight that you have to put the Torx screws into their holes before attaching the sight to the mount. And just now when I wanted to remove the H1, there was not enough room to get the correct T15 driver onto the front screw, had to force a T10 into position and very carefully loosen the Torx screw - whew! 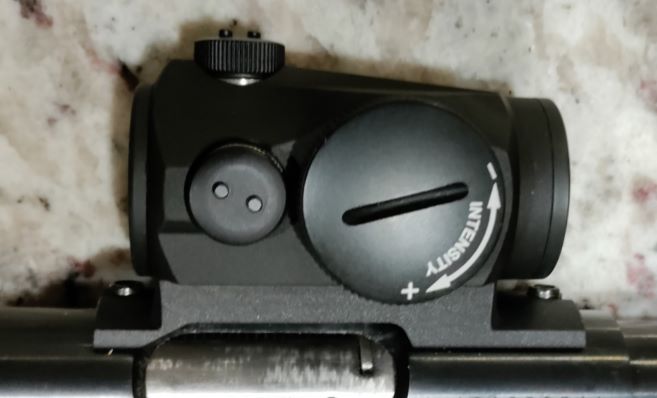 I happen to have a SIG Romeo 5 which has carbon fiber tube shades attached - one of my early experiments with micro tube dots before I discovered Photoescape!

But when I then screwed the Ruger mount onto the SR5 I discovered two things - the sight body is slightly higher than the H1 and so there is more room to fit a thicker shade tube. BUT - the SR5 is not exactly the same length and position in relation to the mount, the rear lens ring conflicts with the mount Torx screw - no good. Other brands using the same mount pattern (e.g. Holosun) may also be slightly different.

So. If you happen to have a Ruger MkIV and fancy putting a very low profile H1 on it - then, if you want shades, you will most likely need to custom fit some carbon fiber tube and drill through to access the mount screws. There may be another clever solution that I have not thought of - but it looks tricky to me.

On the other hand, the Aimpoint H1 sight alone is below current market price, so just toss the mount into the "spares" drawer!

Have Photo make tubes that fit the dot and step the diametre to 1" immediately fore and aft the dot.  Groove the receiver and mount with Leupold 22 rings

Thank you Jack, but I think that you might be missing the point, and your suggestion makes no sense at all. Sorry.

For me the Ruger is part nostalgia (a Mark I was the first handgun I ever owned) and partly to keep for possible use by a beginner or some other such purpose. Putting a $475 sight on a gun that cost me $240 is a stretch even for me!

So, I have now put the $9 Ruger rail back on the gun and the $100 SIG Romeo 5 on to that (admittedly with an expensive Aimpoint QD mount  - but that is just a spare that I happened to have around). The Ruger rail, as standard, requires the rear sight to be removed - when I get some time I will shorten that rail, and re-fit the rear sight. Not sure if it is high enough to be used with the rail in place, but anyhow I would rather have it fitted to the gun. 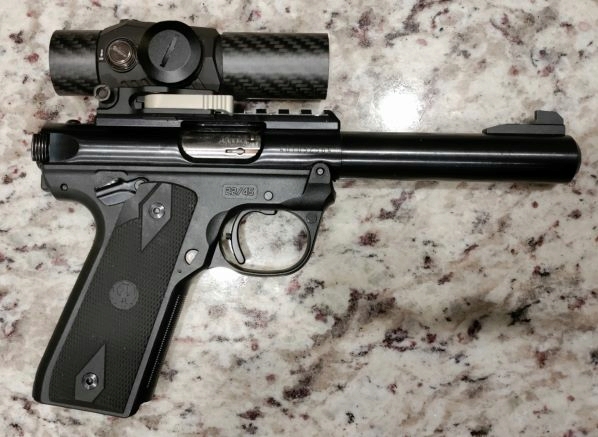 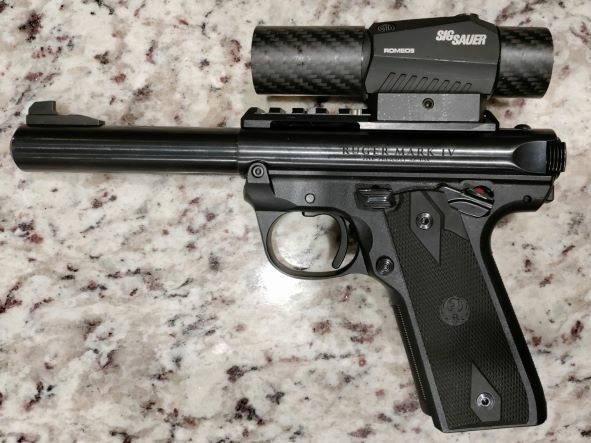