Just as the title states. I am curious what 45acp bullseye loads and components are used by our military teams.
Thanks in advance.
Jim

From my recollection, most of the service teams use 45 ACP loaded with a 185 JHP as loaded by Atlanta Arms, Loader Monkey or other custom loaders.  I know that Loader Monkey loaded a batch for the USAR team a few years ago and they shot like this : 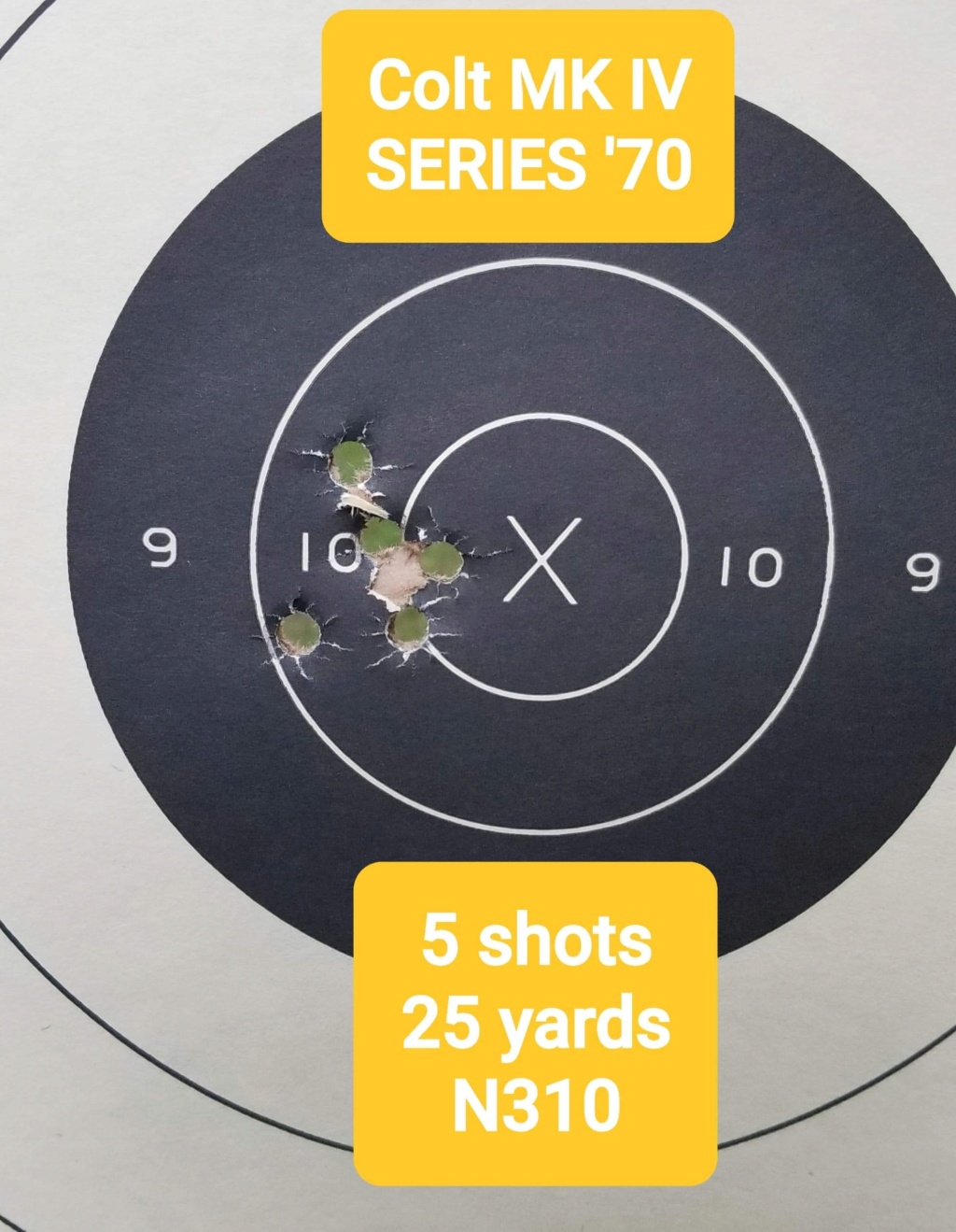 Here a link to the article shanneba mentioned.

Over the years, I found the Nosler load to shoot very well from a machine rest at 50 yds., as long as, the pistol was decent. I used 4.5-4.6 grains of Alliant Bullseye. This was an alternate powder suggested by Dave Salyer, who helped develop the "Marine Corps Load". The best machine rest group I saw with this load was by a club member who had a new Rock River wad gun. The ten shot group was under an inch!

The last few times I've shot with the AMU they've been shooting Atlanta Arms 185JHP. 45acp is easy to load for, lead loads are cheaper and a bit less snappy, unless you're consistently breaking 2600 I'd just stick with lead.